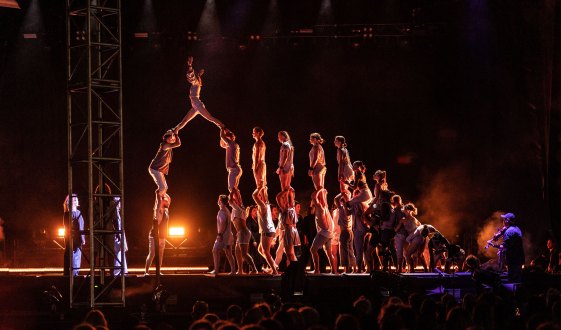 With more than 60 performers, bodies flying across the stage and a score melding choral singers, fiddle, pipes and yidaki, the Adelaide Festival’s official opening spectacular was, indeed, ‘macro’. 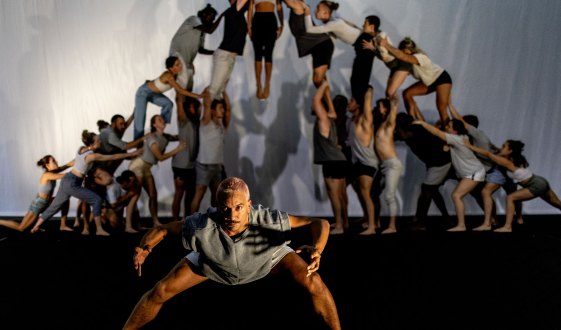 Local circus company Gravity & Other Myths will reach new heights with an Adelaide Festival opening night show that blends Indigenous Australian and Scottish culture in a gravity-defying celebration of the spirit of place. 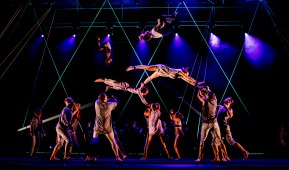 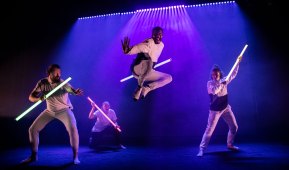 Two of South Australia’s celebrated performing arts companies have joined forces in an enchanting acrobatic adventure that exhibits the infinite possibilities of human identity and imagination. 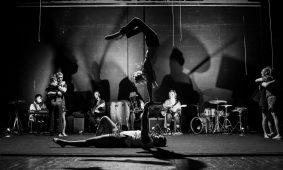 Fringe review: I Want to Touch You

Touch, in all its forms, is essential to human connection. Gravity & Other Myths’ new Fringe show I Want to Touch You explores this idea in a warm-hearted and thought-provoking performance. ★★★★★ 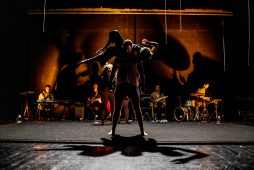 After wowing audiences with their Adelaide Festival spectacular The Pulse, local company Gravity & Other Myths has announced a surprise ‘renegade’ Fringe season of another new show featuring eight acrobats and a five-piece jazz band.