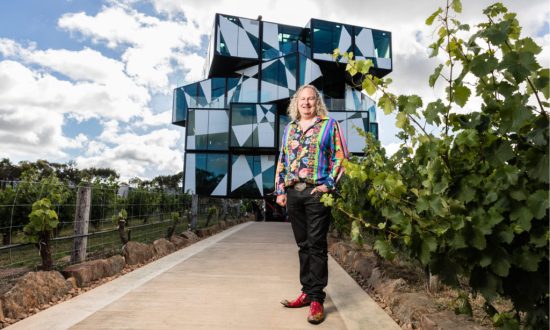 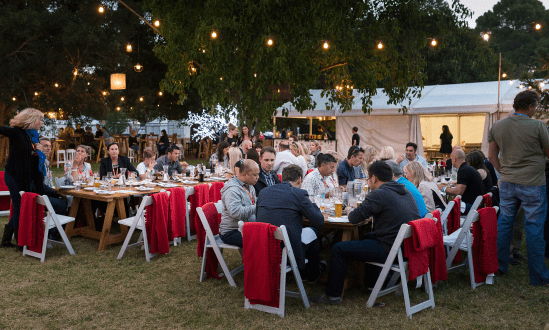 André Ursini shares a taste of the colourful pop-up restaurant he’ll be running at WOMADelaide; gin makers capture the flavour of Adelaide; d’Arenberg releases its first certified organic wine, and grape-picking for a good cause.

Chester Osborn in front of the cube. Supplied image
News

McLaren Vale restaurant and cellar door d’Arenberg Cube has been recognised in the Good Design Award, widely regarded as the highest design honour in Australia. 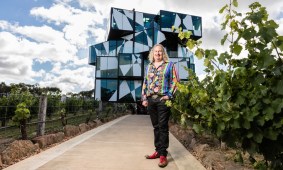 On the eve of the opening of the five-storey d’Arenberg Cube at McLaren Vale, Chester Osborn talks to The Message Pod about his unconventional childhood, what drives him, and the 14-year campaign that went into realising his cubic dream. 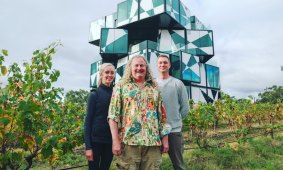 Husband-and-wife chef team Brendan Wessels and Lindsay Dürr have been appointed to head up the kitchen at the new d’Arenberg Cube restaurant, promising a menu of dishes that will “engage the imagination”. 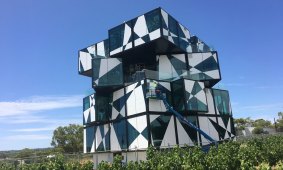 McLaren Vale winemaker Chester Osborn wants the new restaurant in his dramatic d’Arenberg Cube to be at “the top end of South Australian cuisine” and is seeking an ambitious chef to help make it happen. 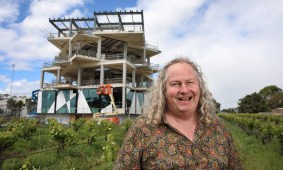 For leading Australian winemaker Chester Osborn it’s the realisation of a 13-year dream, but for South Australia’s McLaren Vale wine region Chester’s Cube could bring tens if not hundreds of thousands more wine tourists to visit one of the world’s most unusual and dramatic cellar doors.