So not good indeed was our inept, haphazard bid to kick a winning score that at some point during the third quarter, something happened that has rarely, if ever happened to me before while watching a Crows loss.

I decided I had something better to do.

Thus, I got on with a few chores, occasionally shaking my head ruefully as I wandered past the telly to note our progress, or lack thereof.

So I was a tad surprised to find, at the final change, that we were somehow down by a mere 20 points – which could have been 14 if instead of taking the post-siren kick for goal Lachie Murphy had instead copped a heavy whack and helpfully found, say, Jordan Dawson standing idly nearby.

Not that it ever felt quite like we could make it.

When we got within 13 points with seven minutes on the clock, I thought ‘that’s great, but there’s clearly not enough time to kick two or three goals now’.

I was wrong, of course, but not in a good way, because Gold Coast managed to kick another five before the final siren.

It reminded me a bit of one of those horrible losses in Craigy’s last season, when we (who were not good) went into the final change a goal up on Collingwood (who were good) and with the real prospect of causing one of the year’s great upsets.

But instead they kicked 11 goals to two and won by 43.

In yesterday’s instance, we weren’t playing the reigning premier and future grand finalist, and we weren’t a goal up at the final change – but the Suns still kicked eight goals to four in the last term to win by 43. 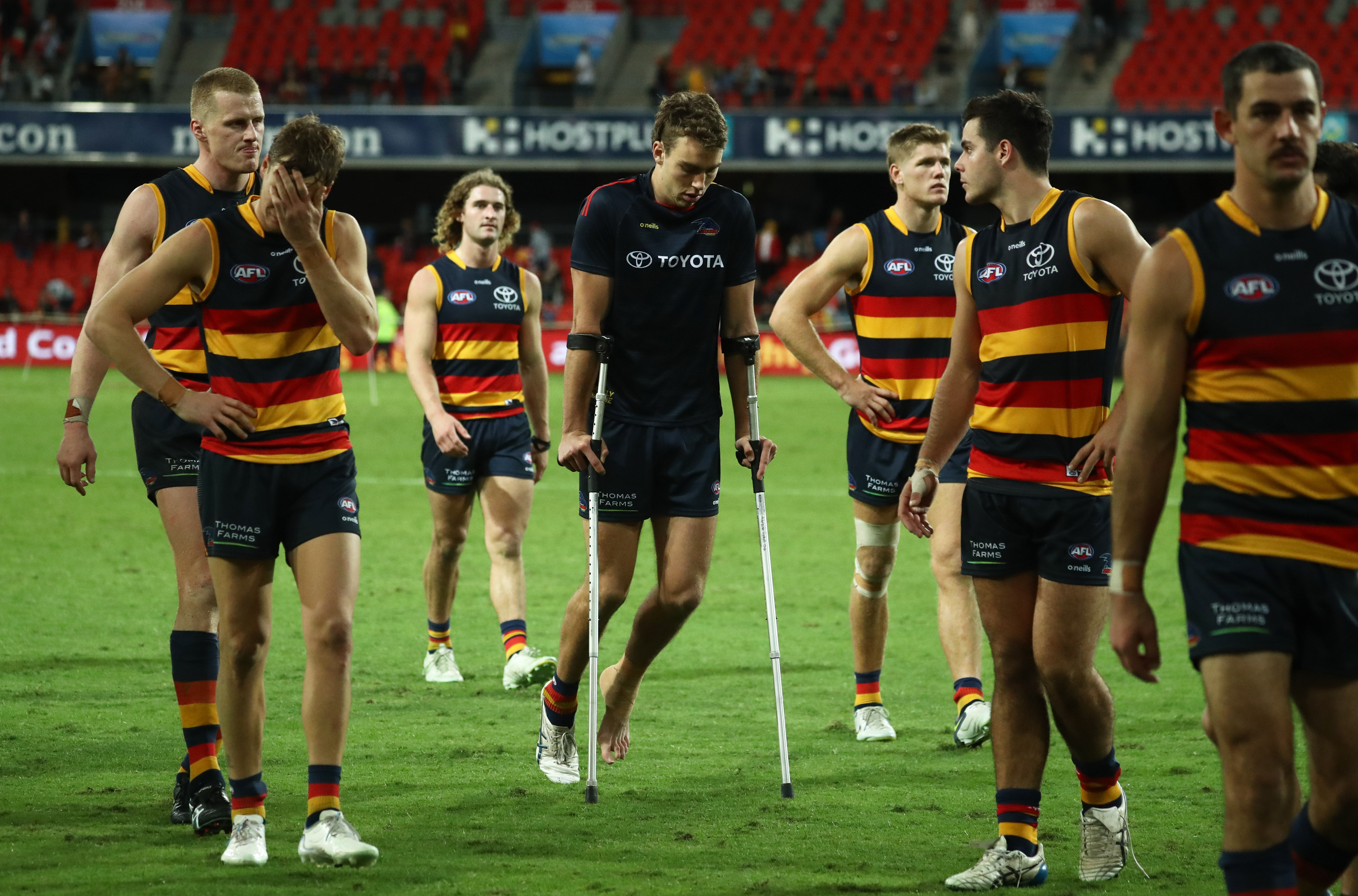 And throughout it all, as Adelaide players constantly coughed up the ball or butchered an obvious avenue to goal, the commentary team regularly reminded us that the Crows were “their own worst enemy”.

Which, as a long-suffering supporter, made me recall the words of 20th century British Labour politician Ernest Bevin on being told that his factional foe and near-namesake Aneurin Bevan was often his own worst enemy: “Not while I’m alive ‘e ain’t!”

Yesterday was so bad that the best that could be said about our club was that someone who once played 14 games for it won a Logie for Outstanding Newcomer (which is much how I described Tony Armstrong after his 25-touch game against the Roos in 2010).

Of course, losing to the Suns per se is quite similar to beating them – inasmuch as it’s hard to muster much enthusiasm about either scenario.

So I propose we just agree that this match should never again be discussed in any forum whatsoever.

Instead, I propose to write about other Crows fixture that’s occurred since I last filed from Fumbleland: the bye.

The bye, after all, is a most under-appreciated fixture: it’s the one week you can all but guarantee we won’t lose.

Sure, if you’re Collingwood and have Jordan de Goey on your list, a bye week can still feel like a loss… but at least you can always rely on a self-authorised Instagram post blaming the media for the guy’s decision to travel to Bali and act like a dickhead on camera to smooth over any potential public relations difficulties.

No, for Adelaide and its long-suffering supporters, the bye is like a beautiful oasis in which we can luxuriate and pretend for a few short days that football doesn’t really exist.

Personally, I took the family to Victor Harbor for the long weekend, where we went on beach walks, caught the train and just generally barely gave a care about football at all.

It’s quite underrated, not caring about football.

I used to do this quite regularly, back in my otherwise misspent teenage years, when my time was spent indulging in numerous alternative pursuits that did not involve caring in any way whatsoever about my generally incredibly frustrating football team.

This is probably why 90 per cent of the useful things I have learned in my life came before I rather belatedly became obsessively interested in football, and why I feel like I know comparatively less now than I did a quarter of a century ago.

I used to, for instance, spend my free evenings at home reading or watching movies from the classic canon; these days though, I’d be more inclined to watch whatever pointless AFL game happens to be on. And the weekend just gone had no shortage of pointless AFL games.

GWS vs the Bulldogs? Yes, but why?

And if all that wasn’t dire enough, it culminated with the crowning turd in the water-pipe, Adelaide v Gold Coast (which of course, we’re not mentioning again).

But seriously, even most normal neutral football supporters would’ve been hard-pressed to muster much enthusiasm for these fixtures.

It’s like someone has sat down and consciously listed the most pointless, dull and unimpactful games one could contemplate at this point of the season and decided ‘yes – let’s put all these on the same weekend’.

And while it doesn’t get any better for neutral observers, next week’s fixture against North Melbourne in Tassie at least gives us hope of avoiding yet more disaster, given the Kangas are easily the worst team in the competition right now and thus nothing, whatsoever, can possibly go wrong. 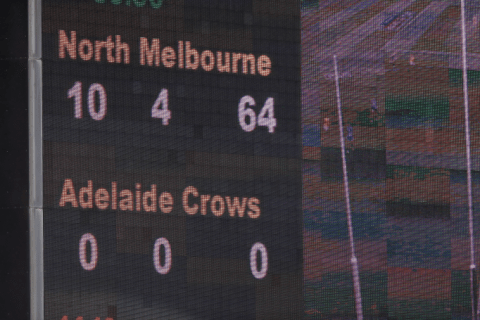 What’s even worse though, is that a win would hardly matter: it’s the bare minimum one should expect from us if we’re vaguely serious about not being a bottom-four side for the next several years.

Because on recent and current form, it’s becoming harder and harder to see some exponents of our young list going on to form the nucleus of a premiership side.

Still, on the bright side: our loss to the Suns puts them a win and a chunk of percentage ahead of Port, who despite beating a lacklustre Sydney remain as close to us on the ladder as they do to the top eight.

(Moreover, a kid on the other team at my son’s school soccer on the weekend was wearing the number 119, which brightened my day immeasurably.)

So we may have lost to the Suns – but so did Port, in a way.

Which means it’s not all bad.

And yes, I know we’re not supposed to mention that travesty of a game again, on penalty of torture.

But having sat through (most of) it once, I’d say we’ve been tortured enough already.