While it’s objectively true that Empire Strikes Back is the best of the original Star Wars trilogy (and, by extension, the best Star Wars movie, full stop), that doesn’t mean we need life to imitate art.

But I fear that is what’s happening, based on the perfectly reasonable analogy that Port Adelaide is basically the Dark Side of the Force, or its embodiment in the evil First Galactic Empire, while the Adelaide Crows are the likeable but strangely disorganised Rebel Alliance.

Everything seemed fresh and positive, the evil forces were kept at bay and, in the end, all the good guys were handed medals for a job well done.

Now is a far more Empire Strikes Back kind of vibe.

The Good Guys are in retreat and/or checking in for surgery, and while there’s still good things going on behind the scenes, the heroes of the piece are but mere spectators.

The parallels are inescapable: the Evil Empire is on the march toward victory, they’re building brand new facilities at their home base and, on Friday night, the only guy who could have stopped them was nursing a hand injury.

Still, that didn’t stop Paddy Dangerfield from setting up a couple of crucial goals.

Unfortunately for him though, they were both for Port Adelaide.

If someone had told me I’d one day see Paddy-D turn the ball over to a former teammate who then kicks a goal in a final – and that I’d find it a generally unpleasant experience – I probably wouldn’t have believed them.

However, the former teammate in this instance wasn’t one of his ex-Crows colleagues, but Cats-turned-Power forward Steven Motlop. 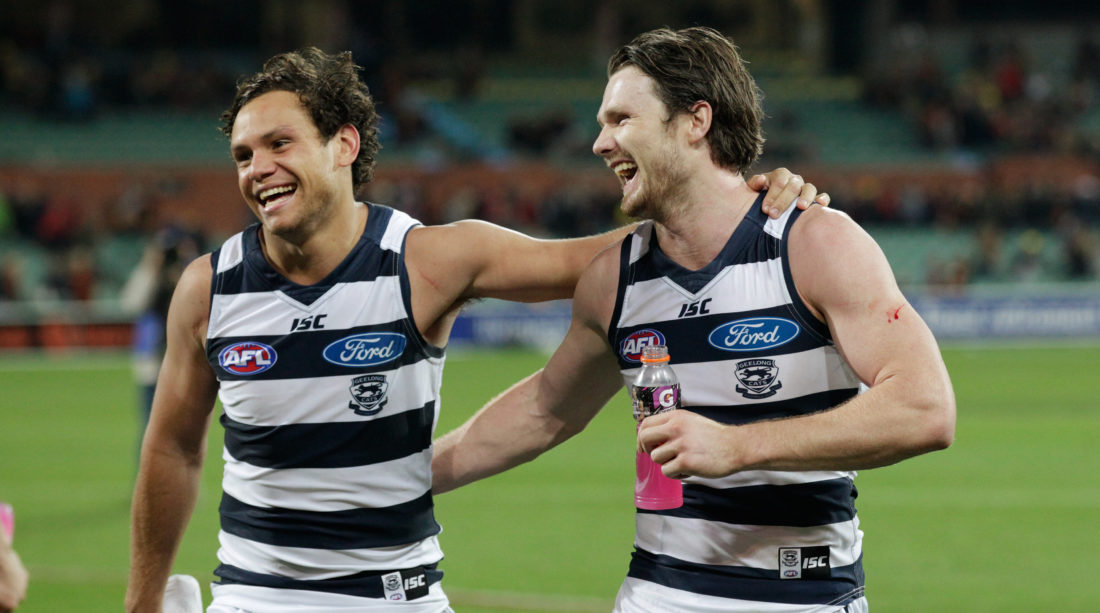 Moreover, it really was peak 2021 to get to see Danger getting outmuscled in a marking contest – and not really be able to enjoy it.

Not that it wasn’t quite satisfying seeing Paddy’s Cats fall at the finals hurdle yet again.

If I could have imparted any advice from our recent Showdown loss against Port, I’d have humbly suggested that repeatedly kicking the ball straight to Aliir Aliir is a fairly poor option – but the Cats went ahead and did just that regardless. 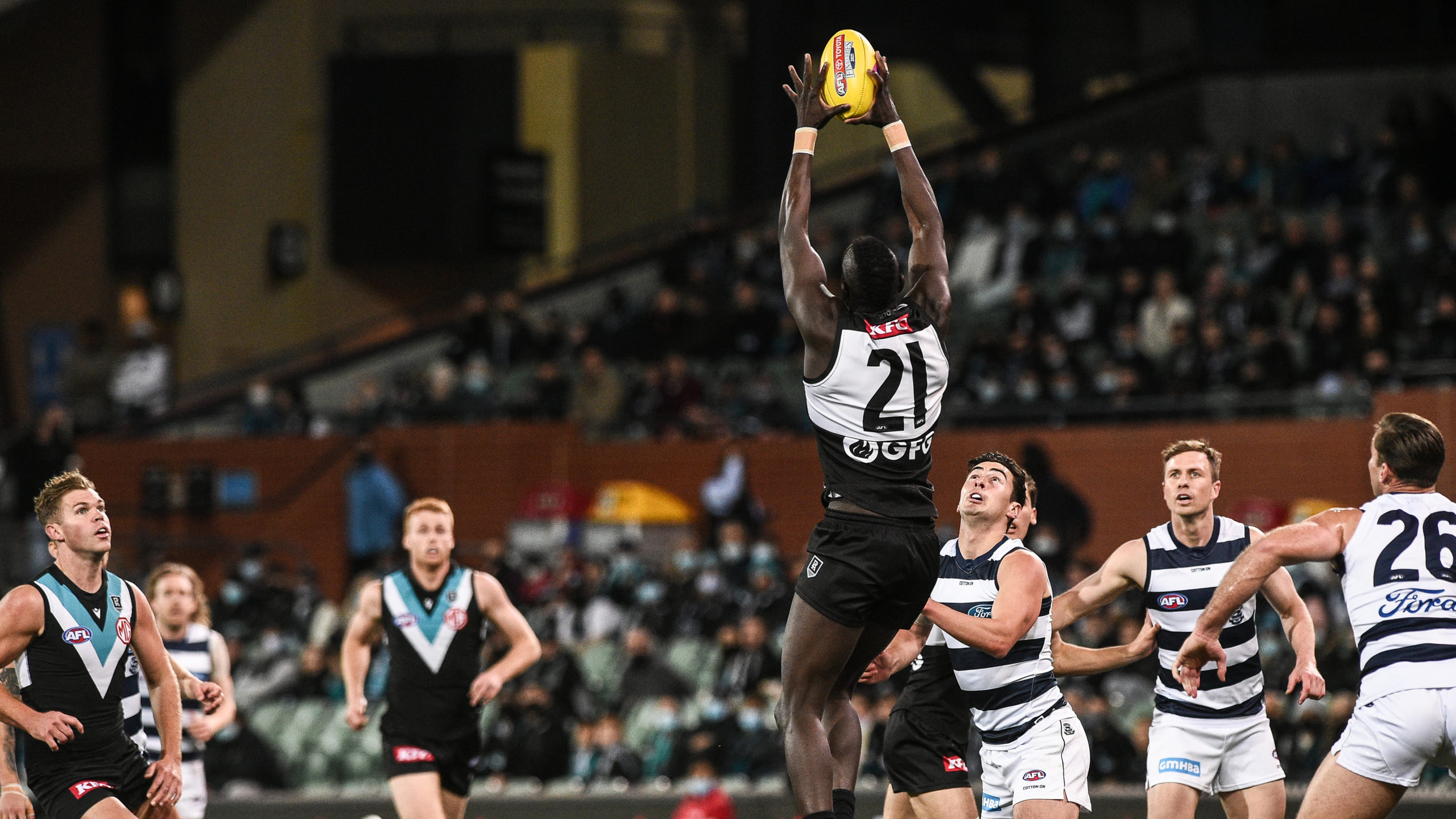 Aliir was once again dominant in the air. Photo: Michael Errey / InDaily

Given the prospect of Port dropping two home prelim finals in succession seems monumentally unlikely – not to mention every other side in premiership contention forced to galivant around the country from COVID bubble to COVID bubble while the Power players simply go about their business at home – I think it’s safe now to presume the worst.

They’ll easily account for Brisbane or the Bulldogs before overpowering a bubble-weary Melbourne, with Todd Marshall having a breakout game in the forward line a la Tom Hawkins in 2011, and Wines winning the Norm Smith from Aliir.

Sorry, but there it is.

I’ll still be watching of course – even if I can’t quite bear to look, like the gentleman on the right here.

It would, at least, be a fitting finale for one of the worst years in human history, as pandemic peril continues to wrack the globe.

Even in SA, we’re now on high alert after a couple of truckies tested positive to the virus in WA having driven there via our state.

Needless to say, the ramifications of it all could be extremely serious: we could be looking at another lockdown.

Or worse: Port could get a home Grand Final.

We did, at least, snare a neutral Qualifying Final, which I attended for the nostalgic appeal of seeing Charlie Cameron kick five goals in an Adelaide Oval major round playoff, and to enjoy the rousing local reception for Jake Lever.

Lever, of course, infamously left the Crows to pursue “money over success”, as Tex Walker argued at the time, although it appears that it might not have been an ‘either/or’ proposition.

I mean, the guy even got an All Australian guernsey this week – which sadly meant I had to disown the All Australian team, in line with my policy of disliking sides with Lever in them.

Dare I say it, but he seems to be enjoying playing football on a whopping pay packet in a highly successful team – while most of the current Crows players get neither.

And speaking of irony, Lever probably didn’t expect to be playing in a home final at Adelaide Oval either – but he certainly delivered an unmistakable message to his former team’s supporters.

Still, at least it all gave the rest of us something to focus on other than Port. 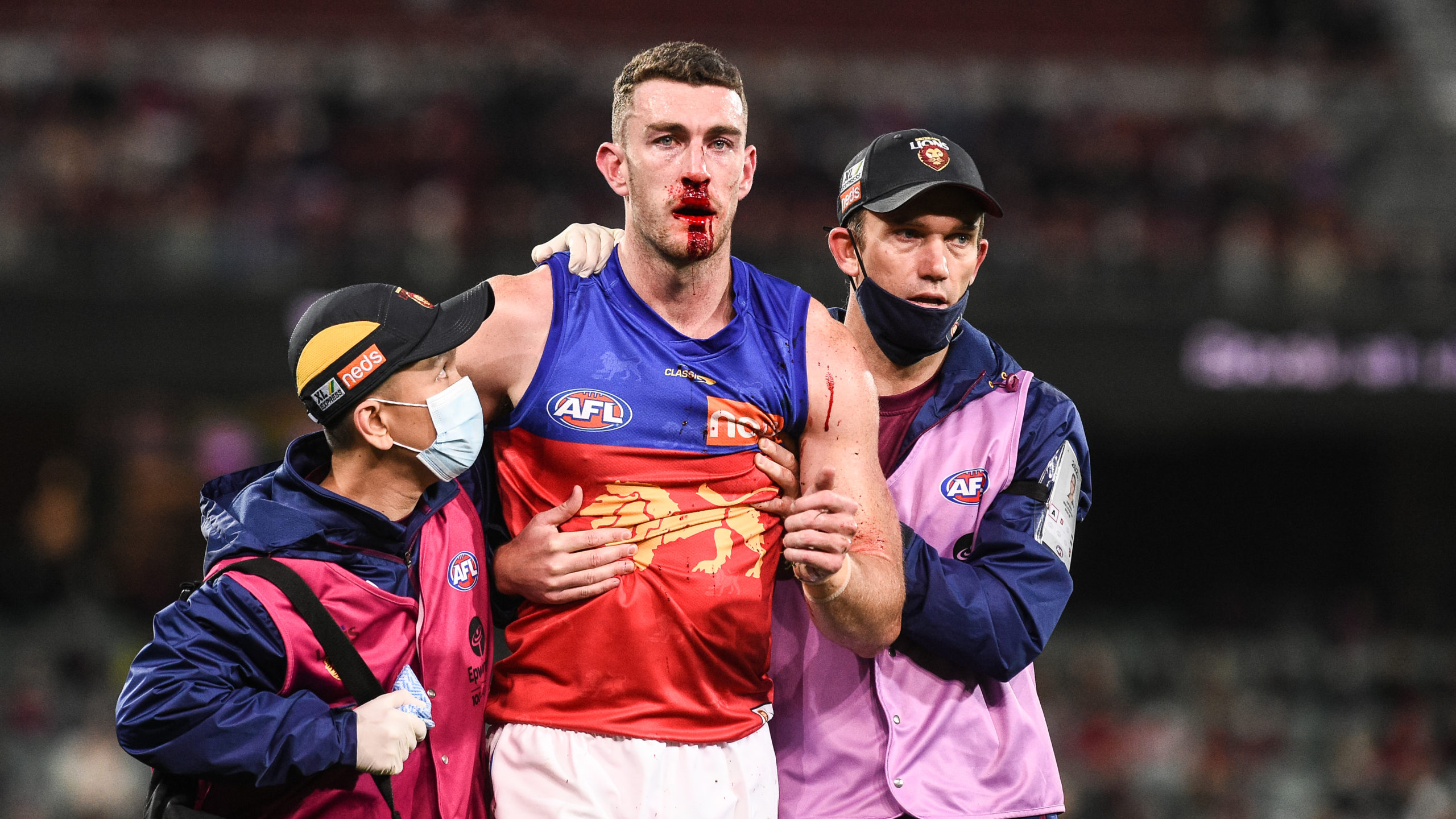 If there’s a sign of just how tedious the next few weeks (and months, and possibly years) are gonna be, it was the stupendously ludicrous claim from one of the Power cheer-squad in a News Corp interview that “the boys are no longer just playing for us, but for the state”.

“They’ll be trying to give the whole of SA a lift,” he insisted.

The fact that a genuinely committed Port supporter would spout such nonsense is indicative of just how warped people’s perspective can get with a Grand Final in sight.

But to be clear: if you’re a Crows supporter who barracks for Port during the finals, you presumably think it’s acceptable to barrack for both the Rebels and the Empire in Star Wars.

Forget all this ‘I’ll support the South Australian team’: half the players from both sides are imports in the first place.

No, the fact is – Adelaide and Port are like the yin and yang of South Australian AFL. (The Crows are obviously the good one, but I always forget which that is.)

If you support one of them, it follows that you must oppose the other.

So if you disagree, it means you’re simply anti-science.

Moreover, there’s a bit to get distracted with over at Crowland at this time of year.

Tex was wheeled out during the week to make his third apology over his racist remark at a recent SANFL game.

It was definitely the best of his three apologies so far, and at this rate, he’s on target to really nail it on about the tenth go.

It was enough, at least, to get him a pass to attend the club’s best and fairest, where he was awarded the Crows leading goalkicker trophy in a result no-one saw coming.

Meanwhile, reports suggest the club’s on the cusp of a couple of big football department signings, with one set to be the Balme for our off-field ailments (sorry!) with an appointment so highly-anticipated it would see the Adelaide cheer squad officially renamed The Balmey Army.

Then there’s persistent reports (as there have been since at least last year) that Darren Burgess is set to join the club – presumably once he’s finished helping Melbourne get beaten by Port in the Grand Final, as per my earlier prediction.

Still, it’s been a momentous season from the historically luckless Demons.

A Carlton would’ve probably sacked Simon Goodwin after 2019 or ’20, but Melbourne backed him in and are reaping the rewards.

The Blues, meanwhile, did what they do best, and unceremoniously executed another fledgling coach, with former Adelaide assistant David Teague given his marching orders after the most unnecessary review since Shane Watson played for Australia.

Carlton’s 21st-century history is basically a long series of bad decisions based on the lingering assumption that they’re better than they are.

A few people this week have mused that they should never have sacked Brett Ratten, but in reality, they probably needn’t have sacked Wayne Brittain back in ’02 either.

Still, it’s always a reality check when senior coaches are dispensed with, especially since it dawned on me this week that the last two coaches Carlton have sacked are younger than me, which is a bit of a downer.

Probably for them too, but primarily for me.

But it does highlight the need to understand where your list is at, and keep expectations in check.

It would, for instance, be churlish not to acknowledge that Port’s recent recruitment has been benchmark: not merely the three kids brought in through the 2018 draft who have since become intrinsic to the side, but the off-season poaching of Aliir and Fantasia, who in Friday’s Qualifying Final did just exactly what they were brought in to do.

But that’s the thing.

No-one’s denying that Port are playing good football – and, crucially, peaking at just the right time of year.

That would be like saying the First Empire didn’t have a solid grasp of galactic warfare or a penchant for colonisation.

And right now it feels like we’re heading into the denouement of the first sequel, where the bad guys have won and the good guys are struggling to regroup.

But at least that implies that there’s still a Return of the Jedi to play out someday.

In the meantime, I’m just going to focus on enjoying the positives in life – such as Geelong failing – and worry about Port succeeding when it happens.