In the swansong episode of the fourth, and best, Doctor Who, played by Tom Baker, the titular Time Lord is faced with a devastating conundrum.

In order to prevent the very fabric of the universe unravelling, the Doctor is forced to enter into an uneasy pact with his mortal enemy, the Master.

The Master is one of the most vile, hate-filled creatures ever to have existed, and has inflicted nothing but misery and despair.

But unless the pair cooperate, life as we know it will cease to exist.

Anyway, on an unrelated note: it turns out I’m a Richmond supporter this week. 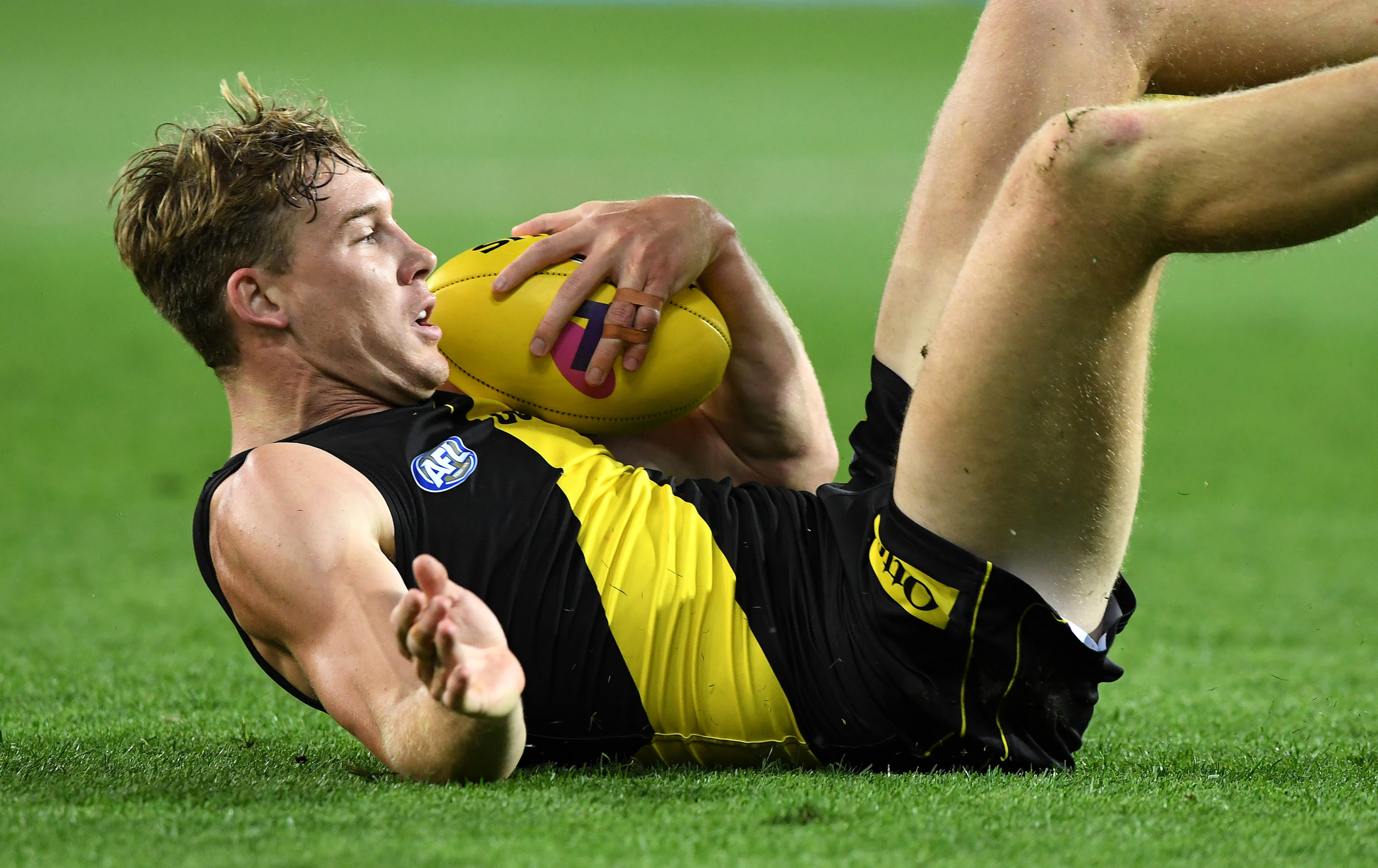 How could anybody not like this guy? Photo: Dave Hunt / AAP

Yes, this is what life has been reduced to: having to take sides in a clash between the two most unlikable entities in Australian football, one of which is responsible for perhaps the single most unpleasant day in the history of Crows fandom, not to mention kickstarting our subsequent descent into the beloved basket case that we are today.

And the other of which is… well, Port Adelaide.

But of course, as George Orwell would certainly have said had he been an AFL supporter, in Australian football some teams are more unlikeable than others.

And one in particular is most unlikeable of all.

So if it weren’t for the fact that this season’s premiership is obviously an outlier and thus the result really doesn’t count much, I could be quite despondent about the whole thing.

Moreover, Aussie rock veteran Jimmy Barnes has reportedly offered to play for free at the Grand Final if Port get through.

Which makes a Richmond victory on Friday night even more imperative.

Still, while the decision to temporarily join the Tiger Army was an inevitable one, it’s not one I’ve taken lightly.

Indeed, it’s been akin to a sort of Sophie’s Choice – except instead of Meryl Streep choosing which beloved child to save, I’ve had to pick which despised football team to adopt as my own.

And it hasn’t been easy.

And then there’s the fact that quite a few of the Richmond players can be inclined towards being, to put it diplomatically, kind of dickheads.

The likes of Dusty and Riewoldt are, of course, fundamentally objectionable, although at least this week they have an opportunity to use their powers for good instead of evil.

But we now have players really working hard to lift their dickhead game, such as Tom Lynch with his own esoteric spin on ‘taking a knee’ or Trent ‘Football’s Greatest Injuries’ Cotchin.

And yet, dickheads they may be, but for this week at least, they’re our dickheads.

And for every Dusty, Jack, Lynch and Cotch, there’s a Shane Edwards or Bachar Houli, guys that can make you proud to be a temporary spite-driven Richmond supporter.

For example, as a temporary, spite-driven Richmond supporter, I was able to feel calmly ambivalent about the recent confirmation that Neil Balme was staying put at Tigerland instead of coming back to SA to help the Crows win a flag.

And as an added bonus – we get to ruin two beloved musical memories in one go this week.

One must, of course, feel for our fellow Tiger faithful: trapped behind the Victorian border, housebound and unable to attend to witness their beloved team’s bid to qualify for their third Grand Final in four years.

It must be truly awful for them.

There’ll be up to 27,000 people at the Oval for the event, with supporters allowed to return to the northern mound, where they’ll be apparently confined to ‘pods’.

So even the handful of Richmond supporters who live in SA and have been able to snaffle Adelaide Oval tickets will be overwhelmingly outnumbered, which they’d probably argue hands a significant advantage to the home side.

Much like the one the Tigers got in their last two Grand Final victories. 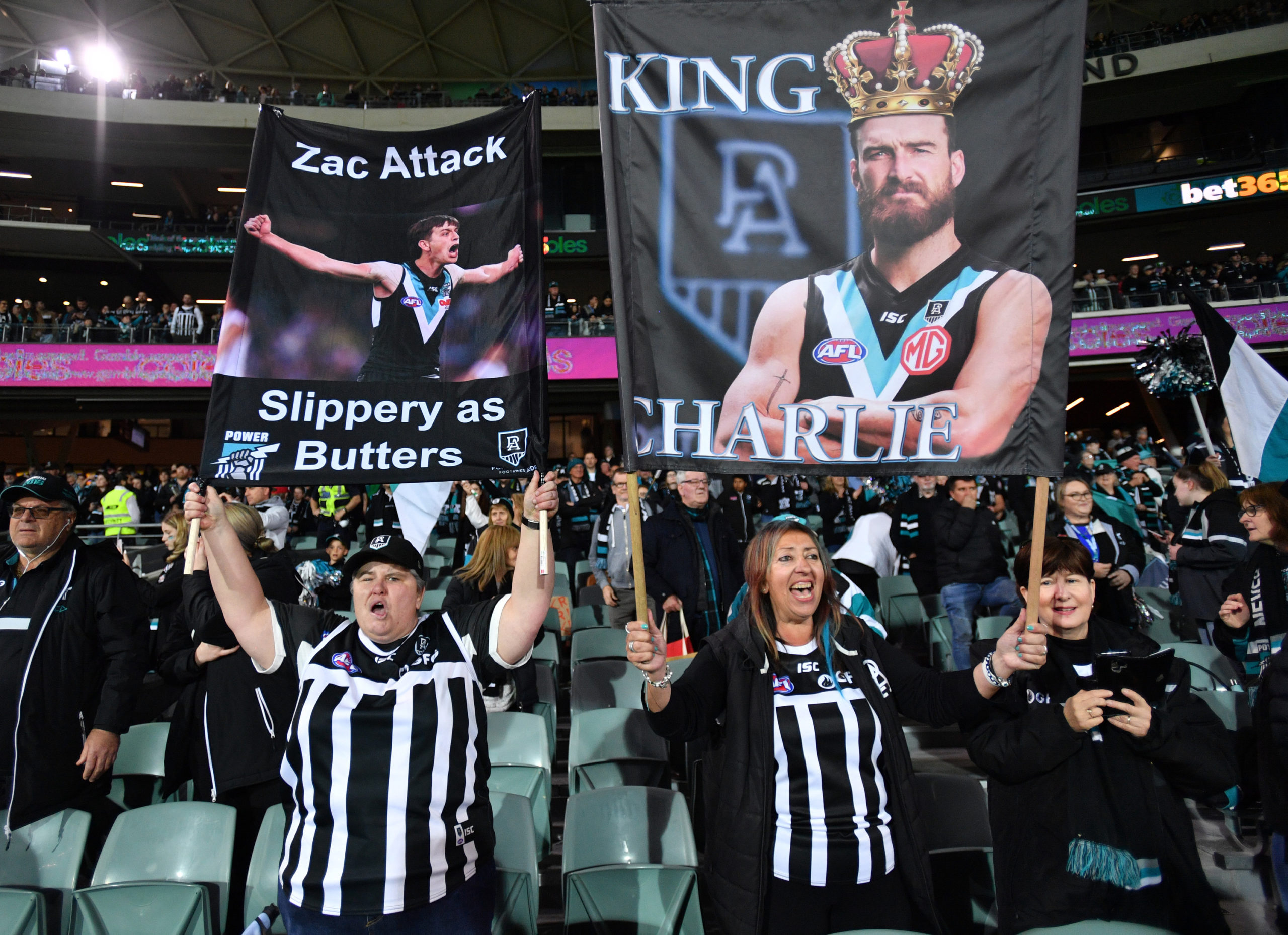 Worryingly, there will be a lot of Port fans at the Oval on Friday. Photo: David Mariuz / AAP

Now, I get that my stance isn’t for everyone.

This veritable Sophie’s Choice of football fandom has no doubt made plenty of Adelaide supporters ponder the appropriate punctuation in the following sentence: 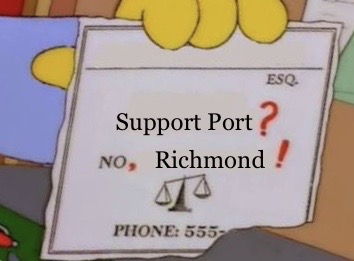 There are some people, for example, who will always support a South Australian team over a Victorian one, and will happily back the Power as long as the Crows aren’t playing.

And others for whom the scars of our Grand Final loss can never allow us to celebrate a Richmond victory, however half-heartedly.

Let me note from the outset that I completely understand and appreciate all these viewpoints.

For starters, you can’t just decide to barrack for Port Adelaide sometimes and then go back to hating them.

That would be like joining the Dark Side for one weekend, and then switching back to the Rebels.

For me, I find it helpful to make a ‘Most Hated’ list, which handily surmises which team to barrack against in any given contest:

Much like any other ladder, the order may change over time (apart from the first and last ones) but for now it’s a pretty handy guide to what is, let’s face it, a desperately unappealing final fortnight of finals football.

Who could have predicted that the four highest ranked teams would prove to be somewhat better than four slightly lower ranked teams?

But given they inevitably are, we are left, in the fickle fashion of finals football fandom, to fervently back whomsoever is playing the teams we loathe the most.

Which, in this case, sadly means that this one time – as the very fabric of the universe threatens to unravel – fate dictates that we must be, loudly and proudly, Yellow and Black.