Last Thursday, September the 12th, marked a significant day in the history of the Adelaide Football Club. An occasion in which we rightly reflected on the contribution of one man, whose efforts will surely continue to be recognised and remembered for as long as this club’s history is told.

I refer, of course, to this guy:

For last Thursday, September the 12th, marked exactly 10 years to the day since the “Right In Front Of Me” guy uttered his immortal refrain, and entered football folklore.

As such then, it also sadly marked exactly 10 years to the day since perhaps my least favourite of our impressive collection of finals losses, when a late free kick to John Anthony saw Collingwood get home by five points in the 2009 semi-final.

So what better way for Adelaide to mark the 10-year anniversary of such an auspicious occasion than for our coach to quit?

Which is, of course, exactly what happened.

The Pyke Cart was leaving the station, and trundling off – somewhat the worse for wear – into the western sunset. Which was, after due consideration, an event momentous enough to rather rudely end the Fumbles’ self-imposed post-season exile.

Or, to sum it up in a manner more in keeping with recent Fumbles parlance:

I mean, imagine you were running a football department and the club you worked for opened up a review into that football department because it had underperformed so badly, despite a Grand Final appearance less than two years ago, and imagine people at the club consistently failed to endorse your performance or tenure, and also that you were independently wealthy and didn’t actually need to spend your life trying to appease a bunch of never-happy yokels.

Why on earth would anyone suddenly just quit under those circumstances?

Or, as the outgoing coach himself mused, “am I part of the solution?”

And part of the problem he evidently was, thus announcing his departure in an emotional address to the players and administrators before a media conference last week.

It was the culmination of one of our more gloriously chaotic post-seasons – and there is stiff competition, given the Crows have in recent years mastered the art of post-season debacles.

In the past five years alone, we’ve had Sando’s sacking, the Talia brothers’ furtive phone calls, Dangerfield’s departure, unfortunately missing out on Bryce Gibbs, even more unfortunately not missing out on Bryce Gibbs, the shaming of ‘Snake Leaver’, McGovern’s McGoin’ and of course our famous Gold Coast misadventure wherein players were taught important facts about their inner selves.

But all of that (and then some) took five years, which is frankly amateur hour.

This year, we’ve stepped it up several notches: in the last three weeks alone we’ve had national headlines about the imminent departure of probably the club’s best-loved player, Roo’s ‘love us or leave us’ fan ultimatum, a rumoured roll-call of talent set to depart in a mass exodus, an external review into why we’re so Unaccountably Shite (prompting a classic non sequitur from that ever-reliable media performer Brett Burton, who in the same breath told reporters he was “genuinely excited by the review” but also that  “we do reviews every year”), one of our co-captains stepping aside and now the coach departing.

Oh, and Port Adelaide are also in an SANFL Grand Final, which they seem quite pleased about, and that in itself is Never A Good Thing. 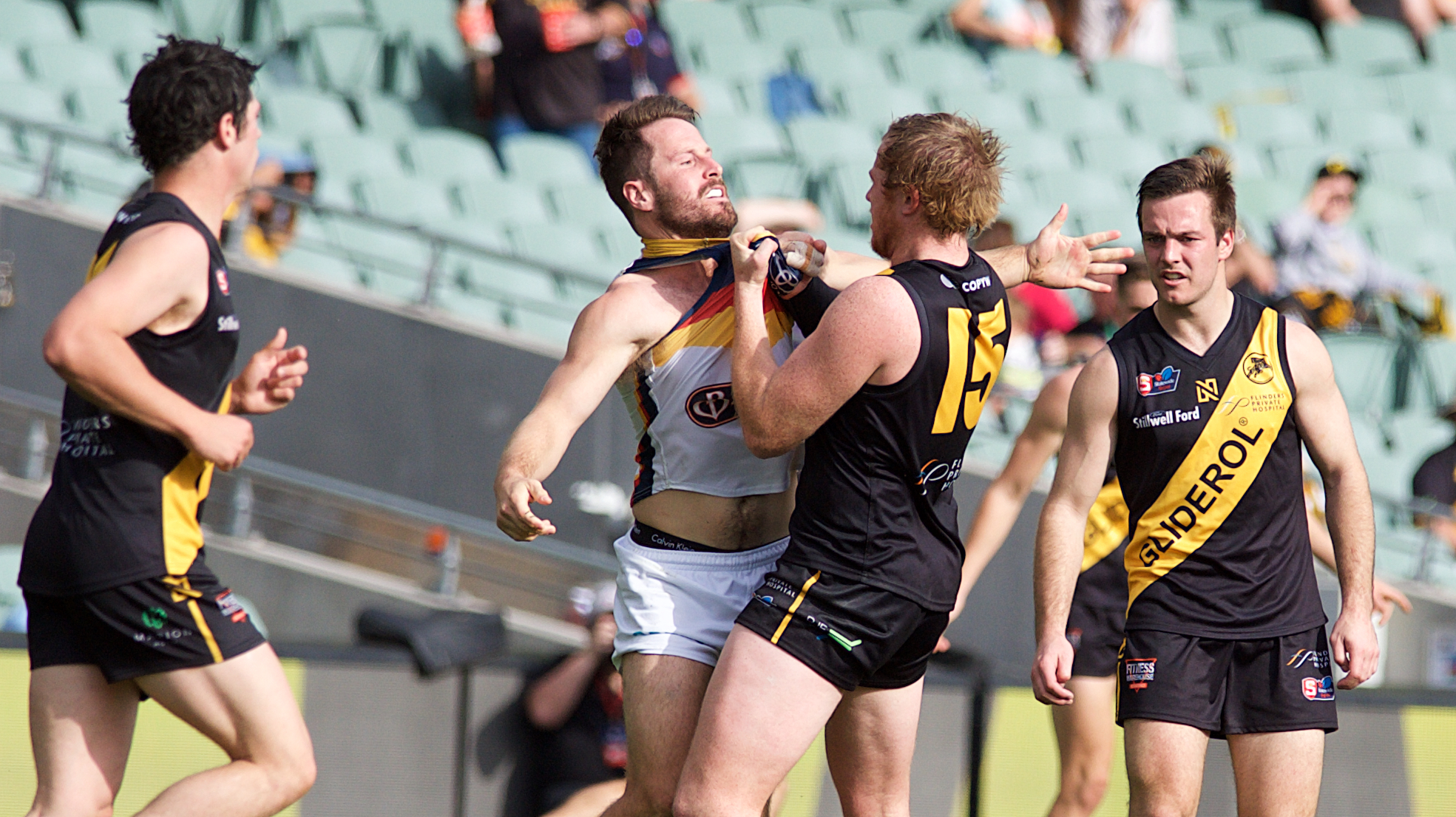 The SANFL Crows honoured finals tradition by getting touched up by the Tigers. Photo: Michael Errey / InDaily

But there’s certainly nothing quite like sitting back to watch the finals while your own crappy team has just crashed out of top-eight contention in favour of a few weeks of concerted self-implosion.

At least the Cats have managed to entertain us with their regular September antics of losing their first home final on the MCG (perhaps they should have thought to ask if they could play their home final in Geelong instead? They kept quiet about that) and Joel Selwood’s perpetual efforts to keep his face from bleeding out.

But on the bright side for the Crows, there’s still several weeks more post-season chaos to look forward to.

The ‘who’ll be our new coach?’ rigmarole, for starters, even if going out looking for a senior mentor at this point feels a bit like turning up at the end of a sale when the only stuff left is factory seconds.

The early betting duly honoured the anniversary of our loss to Collingwood by installing as the bookie’s favourite the guy who actually gave away that free kick to John Anthony (or didn’t, if you subscribe to the ‘Right In Front Of Me’ bloke’s theory) – at least until Truck Rutten reportedly ruled himself out of contention. After which, supporters on social media responded in a calmly considered and even-handed fashion to the notion of a Ross Lyon-led recovery.

Now though, the momentum appears to be with Scott Burns, whose main claim to fame appears to be that he was slightly less impressive than Brenton Sanderson last time we interviewed him. In fact, his name seems to crop up in glowing terms pretty much every time any senior coaching gig becomes available anywhere, and he’s reportedly been close but no cigar for the top jobs at Adelaide, West Coast and the Suns.

In other words, he’s a guy who’s always in contention but never quite good enough.

But there’s clearly more deep-seated concerns than merely changing personnel – than handing over, as Pyke put it, to “a fresh face with a new voice”.

Given where we’re at, the loss of Eddie Betts per se is not as big an issue as the claim – which no-one has even attempted to dispute – that the man who at his best played with such unalloyed joy is in fact utterly despondent at the club.

“He looks like he’s not having fun,” his former (and potential future) mentor David Teague noted on Melbourne radio, having clearly not got the memo that we were actually bringing the Fun back in 2019.

Why so many players reportedly appear hell-bent on leaving when they’re having all this Fun is one of this year’s more enduring mysteries.

But whether it works with Adelaide’s list management plans or not, Eddie’s departure would speak volumes for the Crows’ culture, and if – if – he returns to Carlton, a prodigal son story to rival Ablett’s Cats comeback, then we are clearly the Gold Coast of the south. And not in a good way.

He’s a guy who’s always in contention but never quite good enough, which sounds to me like a perfect fit

By now, the near-daily disasters have become so reliably predictable, it’s almost a relief when I hear reports such as Alex Keath getting a medical at St Kilda; indeed, alarm bells instead start to go off if almost 24 hours elapses without something incredibly shit happening involving my football club. 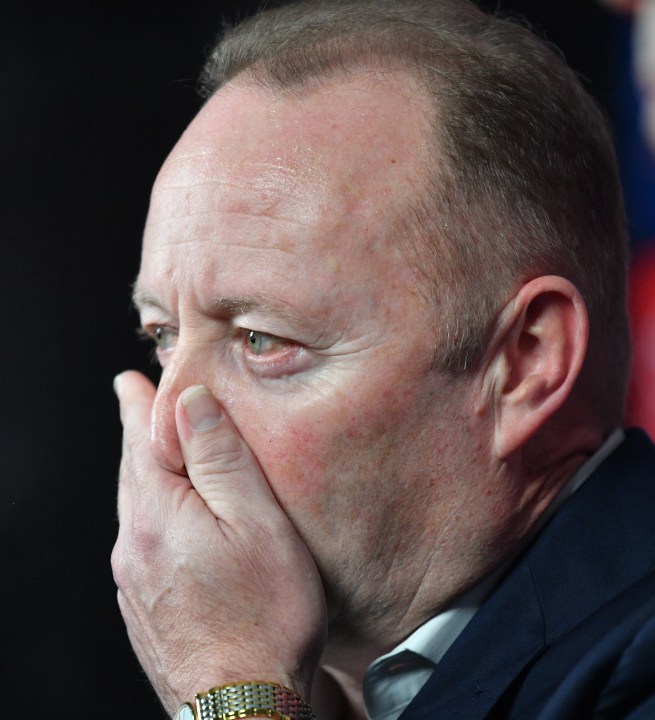 Does something smell funny at the Adelaide Football Club? Photo: David Mariuz / AAP

While plenty of people have lauded Pyke’s role in 2016-17 – and I’ll always maintain that he was badly let down by the club’s baffling decision to demand a Friday night Round 23 match against West Coast in his inaugural year, the loss of which cost us our best crack at a flag in two decades – you’d be hard pressed to find many pundits arguing his decision to depart wasn’t the right one.

And the club’s supporters, on the whole, have responded in no uncertain terms.

But Pyke made a very valid point when he lamented the intolerance and impatience that rains down daily on those in his position, and when he pondered whether “in the future we can find a better balance on how we view the game”.

There is, it seems, a peculiarly Adelaide appetite to not merely eat our own, but regurgitate them and spit them out a bloody husk of what they once were. 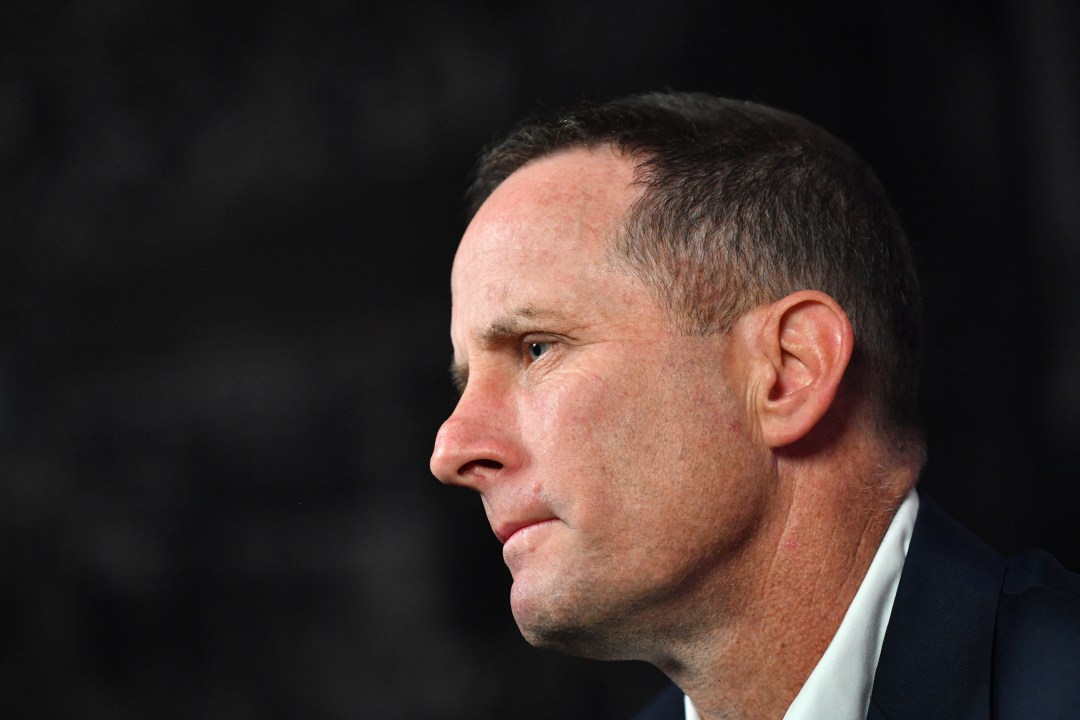 This cannibalistic ritual takes many forms, from the anonymous dude sitting a few rows behind me at Adelaide Oval who spent the entire 2014 season yelling out at every error by our then-mature age recruit: “You’re finished J.Pod!”, to that cynical smartarse who writes a lengthy weekly lament about everything that goes wrong.

There’s a reason for it all, of course. If all this had transpired five years after a flag, we could probably tolerate our recent misfortune with some grace.

But after 20 years, and to find ourselves as far away as ever?

And yet, we probably owe it to the Don to send him off on a positive note, a small grain of consolation before we continue our seemingly inevitable and actually rather spectacular fall from grace.

After all, we had some good times, didn’t we?

That draw against Collingwood, when Mitch McGovern’s post-siren goal made me punch the coffee table so hard my hand hurt for days afterwards (which is actually quite a neat metaphor for his overall tenure at the club). And while that year’s Grand Final day wasn’t exactly what any of us had hoped, I did at least have quite a nice drive over to Melbourne beforehand. So there’s that.

And in that spirit, here’s a note of optimism: last Thursday, September the 12th, was also the anniversary of one of our better victories. It was four years on from that pulsating epic elimination final against the Bulldogs, which was sealed in the final seconds after a turnover in defence saw Tex seize the ball, gallop down the wing and set up victory with a pinpoint pass (it’s probably best not to recall exactly who the pass was to, as it will only make you depressed, and I’m trying to be upbeat here).

In that vein then, perhaps last Thursday will actually be remembered in the canon of necessary turning points – big, important moments in our club’s history. The pulling off of a bandaid to give the wound a chance to breathe and heal.

If not, though, as Richard Nixon would have put it, we won’t have Don Pyke to kick around any more.

But, like the ‘Right In Front Of Me’ guy, we’ll always have the memories.

Touch of the Fumbles is InDaily’s shamelessly biased weekly football column, usually published on Mondays during the AFL season. Its author is trying to enjoy a quiet post-season, but without much success.