You’ve got to feel for Don Pyke.

By which I mean, you’ve got to feel quite annoyed.

Or angry even, in the case of that one gentleman who tried, unsuccessfully, to burn his Crows apparel after Saturday’s loss to Carlton.

The fact he failed so convincingly, of course, means this is yet another thing that Richmond have managed to do better than us.

But we can at least sympathise with the sentiment. For a little part of the Crows guernsey in all our hearts was incinerated on Saturday.

After all, we are accustomed to frustration: hopes dashed, dreams crushed… you know the drill.

But the one thing that distinguished this season from others was the added schadenfreude of watching Carlton piss their first round draft pick down the drain.

And yet, as of Saturday afternoon, Carlton are a mere three wins behind us on the ladder.

Which means, just to be clear, that we didn’t merely wreck what was left of our current season at the MCG on the weekend; but potentially several seasons thereafter as well.

A fact quite neatly, if somewhat airily, summed up by the Crows’ coach after the game, when he fronted up to his obligatory media conference with the rejoinder: “Disappointing day, wasn’t it?”

Um… yes, Don – it was. A little. Fucking. Disappointing.

Still, I get that Pyke is the stoic type. Not the type to let his emotions get carried away in media conferences, which I presume is because he knows what will happen if he does.

And, let’s face it, losing to Carlton was such an ‘Adelaide’ thing to happen – that unique confluence of audacious hope and abject humiliation which is so ingrained into our collective psyche – we might as well have pencilled it in from the second that draft pick trade went down last year.

But still, it’s not merely the fact of the loss, but the manner of it.

The Crows were smashed in almost every facet of the game, and would have been still more thoroughly trounced but for a rare bout of relatively accurate goalkicking. Indeed, the only notable stat we actually won was free kicks, denying us even that last refuge of the disconsolate Adelaide supporter – blaming the umpires.

Still, the supporter base took the setback in its stride, as usual.

While we were flattered by the 87-60 margin, oddly enough the concurrent game between the Hawks and the Lions finished with the exact same scoreline. The previous 87-60 result was in 1974… which means that games that end in scores of 87-60 are evidently much like buses: you don’t see one for years and then two come along at once.

There’s a cliché that the definition of insanity is doing the same thing over and over and expecting a different result.

Putting aside that that’s not, in fact, the definition of insanity, it is nonetheless a fairly apt description of Adelaide’s post-2017 (for want of a better word) strategy.

For the second week running, we let an opposition midfielder run rampage, with our Plan A evidently being to hope he eventually gets tired and falls asleep.

Pyke described this (for want of a better word) strategy after the match as “group accountability”, apparently a euphemism for ‘letting Patrick Cripps get the equal-second-highest number of clearances in AFL history among his 39 possessions’.

Still, we got our own back with the Blues’ Crows-listed former stars Betts, Jacobs and Gibbs turning on a blinder. In the SANFL.

Eddie’s Thursday night axing was one of those season-defining moments. Era-defining, even: for the first time since he arrived in Adelaide as the Crows’ unlikely forward-line saviour, the club’s best recruit of the past two decades was not in its best 22.

He has a year left on his contract. Gibbs has two. And yet, all of a sudden, Adelaide’s next flag looks many years beyond that. 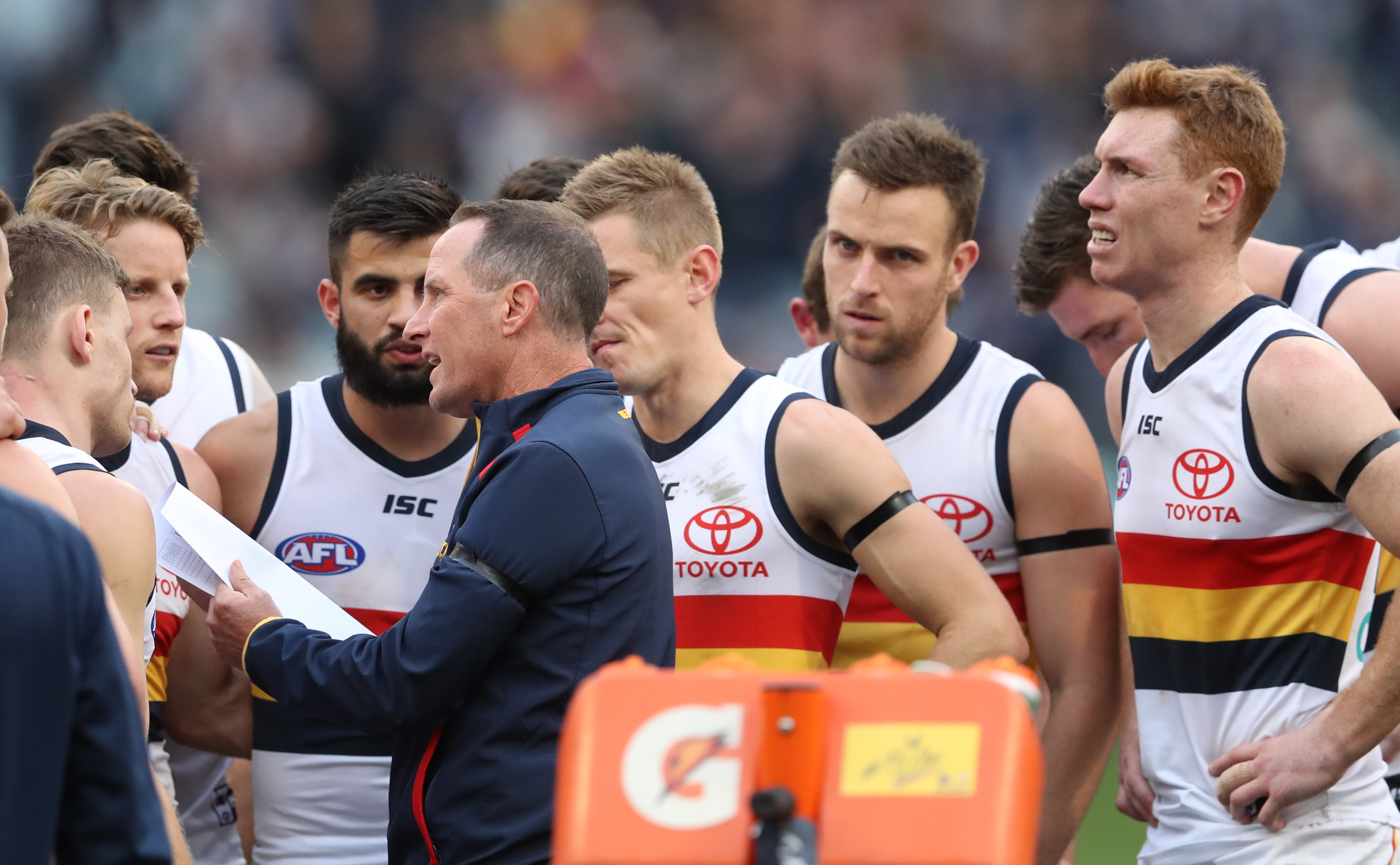 Pyke has a quiet word to his players about their ‘group accountability’. Photo: David Crosling / AAP

And for all the headlines about ‘selection shocks’ and ‘putting the heat on’ his underperforming team, Pyke’s selection (for want of a better word) strategy appears about as effective as me trying to send my misbehaving kids to their room. If you try it, and it doesn’t work… well, you’re all out of options.

And all of a sudden, you look less like a figure of authority, decreasingly like a man with a plan – and more like… well, a bit of a clown, really.

Asked if the selection (for want of a better word) strategy was impacting the morale of a team so obviously playing without zeal or confidence, Pyke replied, not very reassuringly: “I don’t know – that’s something we have to discuss.”

Perhaps it was on the agenda at yesterday’s post-mortem get-together at the coach’s house, where the entire club pondered its mounting woes over pizza.

None of which did much to dispel the notion – propagated by amateur and professional pundits alike as social media pages lit up with the refrain #PykeOut – that the coach, like a failed shepherd, had lost his flock.

That the players were no longer prepared to follow him.

And, with it, that the season had taken on a corresponding air of inevitability.

Let’s just ponder the folly of recent weeks. We went into the bye optimistically placed at 8-5, only to lose four of the next five – with the one win against the Suns flattering to deceive, a gift from the Fixture Fairy.

So profound has the collapse been, I can only presume the team decided to spend their bye weekend attending a motivational seminar on the Gold Coast.

Which is not to undersell Carlton, by the way. Prospective (and by now, surely, presumptive) head coach David Teague has two very good things going for his CV: the way the Blues have performed since he took over, and the way Adelaide’s forward line has played since he left.

Honestly, if it weren’t for Port losing by a point at home and the tenuous lol of ‘Snake’ Lever returning from his injury layoff to find himself battling for the wooden spoon, this year would be a complete and utter write-off. 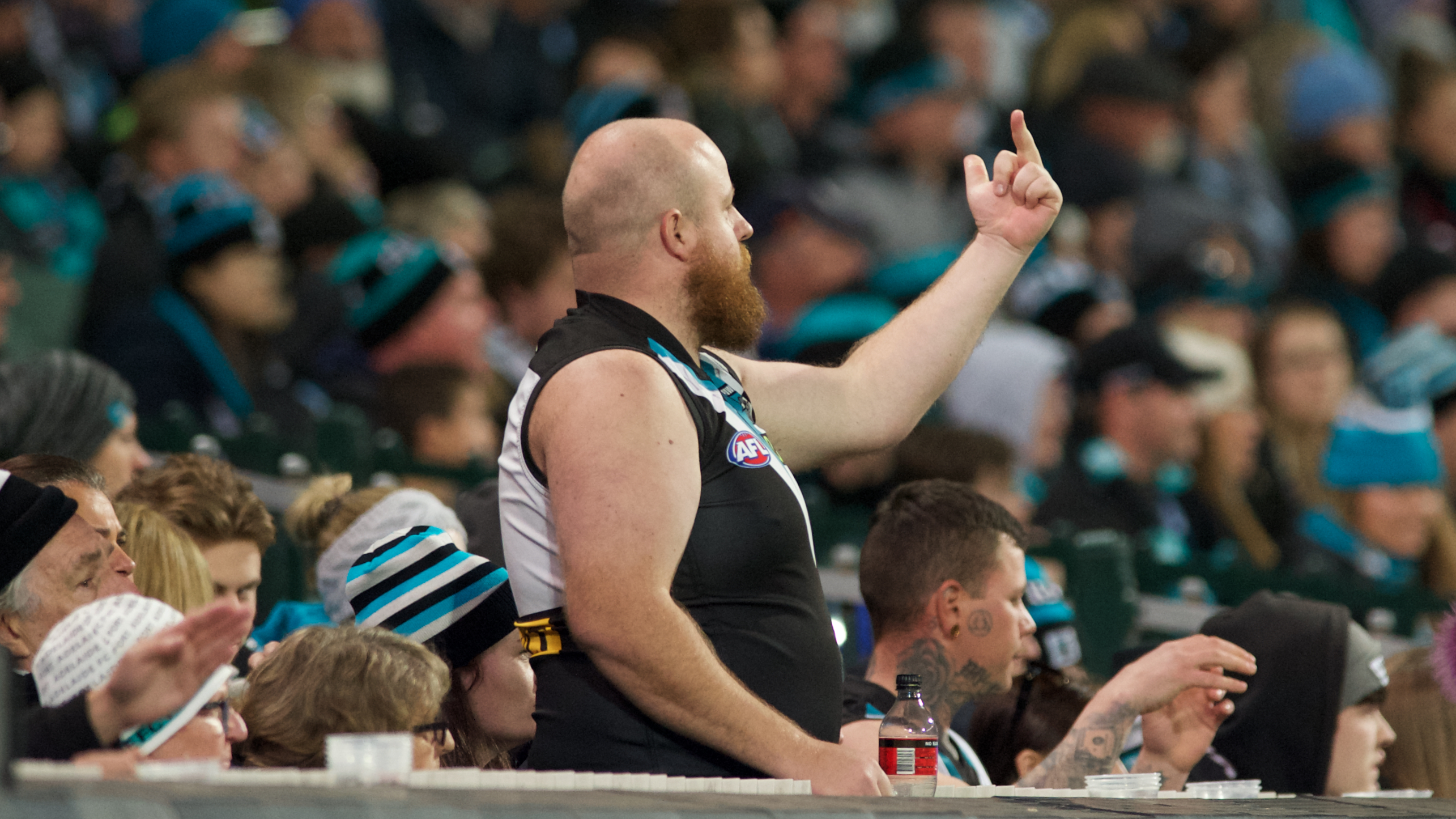 Still, it’s worth noting one aside from a week of upheaval both at West Lakes and abroad: with Boris Johnson taking the reins in Britain amid Brexit turmoil, it was pointed out that he’d have his work cut out avoiding the record for the shortest tenure of any British PM, currently held by George Canning, who died in office in 1827 – after just 119 days.

Yep, where inauspicious records are concerned, that number just keeps coming up! 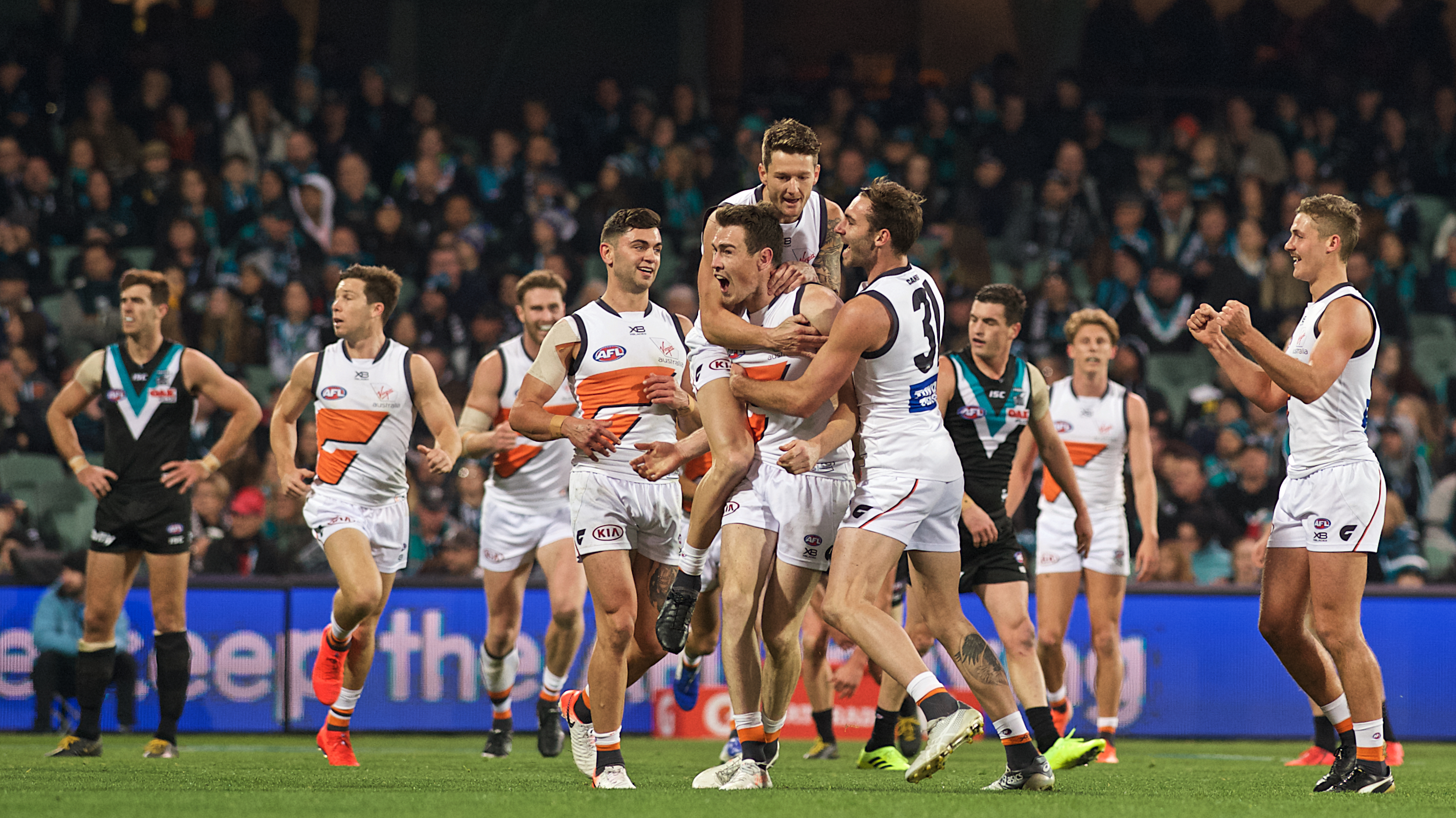 But even Port’s travails are scant consolation anymore.

Rob Chapman was in The Advertiser today, invoking the F-word that traditionally dare not speak its name for mid-ranking teams in AFL football: “We have an opportunity over the next four weeks to play finals football”.

Hoo-fucking-ray, Rob. A side with virtually no injuries, 16 of whom played in a Grand Final less than two years ago, and we’re pumped that we might somehow scrape into the eight? 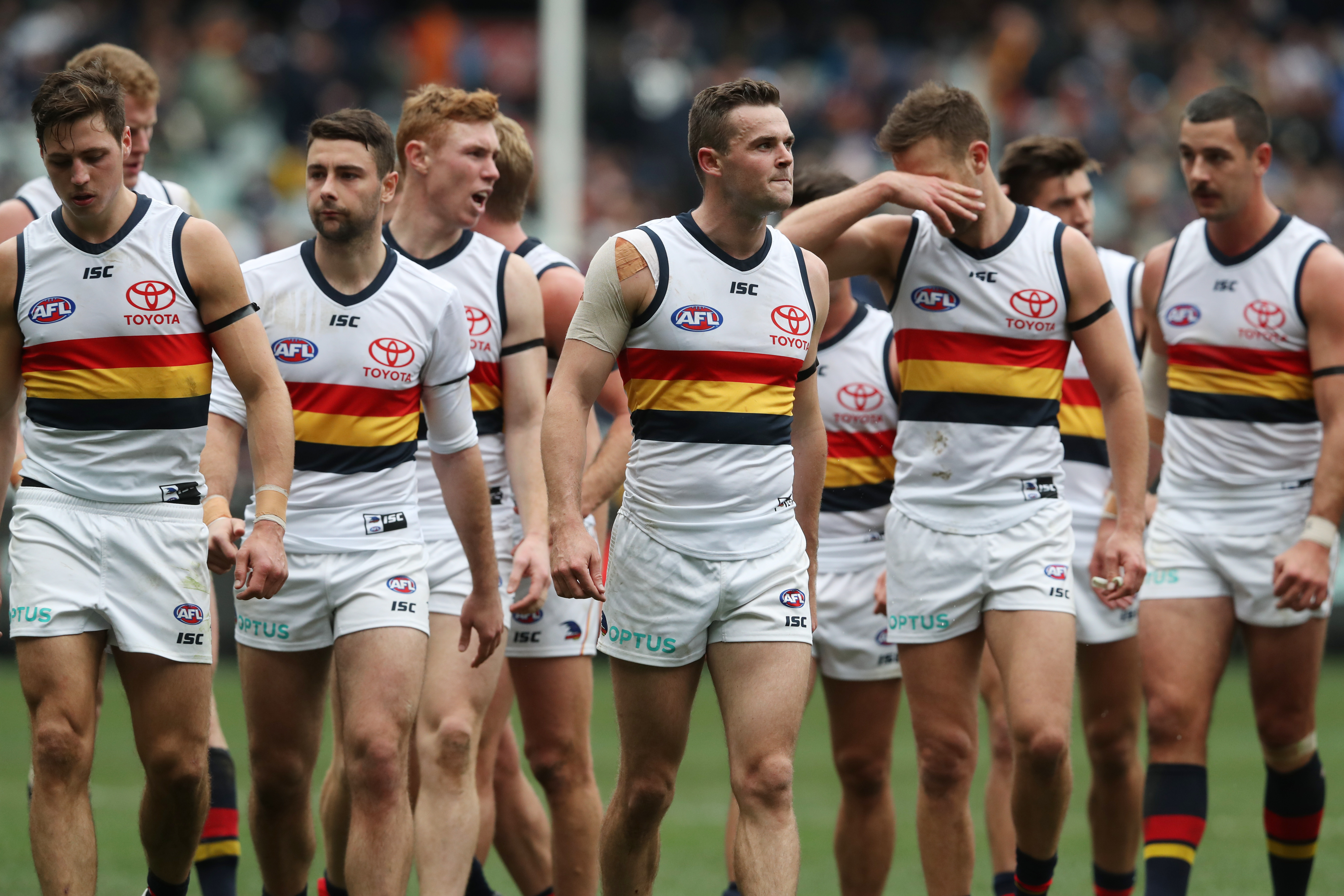 This was, of course, the club that stated repeatedly in recent years that the art of success was to put the right people in the right seats; right now, though, it’s very difficult to believe this is the case.

It’s easy to blame Pyke (fun too, in a way) but let’s not forget how he was let down in his first season as coach, when the club made an actual concerted effort to reject the AFL’s final-round fixturing proposal in favour of a Friday night home game that would see the team play off its third six-day break in succession. The inevitable loss saw them fall from second to fifth, after which they were duly trounced in an away semi-final – in a year in which the premiership race was wide open.

Such an Adelaide thing to happen.

But this year – this year was always meant to be different.

This was the year they would make amends.

Rediscover the love of the game.

At every pre-season presser, the buzzword was that other F-word that helped lift our hopes yet again after 21 barren years – ‘Fun’.

But now, with the season nearly done, it’s a very different F-word that better sums up our 2019 campaign, as it does every year: Failure.

Indeed, not only is this year looking like a frustrating flop, leaving the fans forever fuming, but there’s a fair fear for the future too.

The listlessness of this team’s effort, and the absence of any next generation star whose reserves form screams ‘pick me’, suggests this ship could have a fair way to sink yet.

And as it does, in our frustrated despair we will quickly forget the Fun and embrace the only F-word that has ever truly captured the malaise of mediocrity that has defined this club for so long:

Still, there’s one F-word the club won’t utter, and that’s the one that fuming fans have demanded with their hashtag howls of frustration:

After all, how can you ring the changes when the team still sits nestled in the top eight, with (bizarrely, still) an even chance of playing for at least one week in September?

And that’s my biggest fear: that paralysed by our own mediocrity, we just plod along – never quite succeeding, never quite bottoming out – as yet another generation of players comes and goes with nothing to show for it (besides their immense personal wealth, of course).

That’s the true failure of our past two decades.

So yeah, you’ve got to feel for Pyke, I guess. 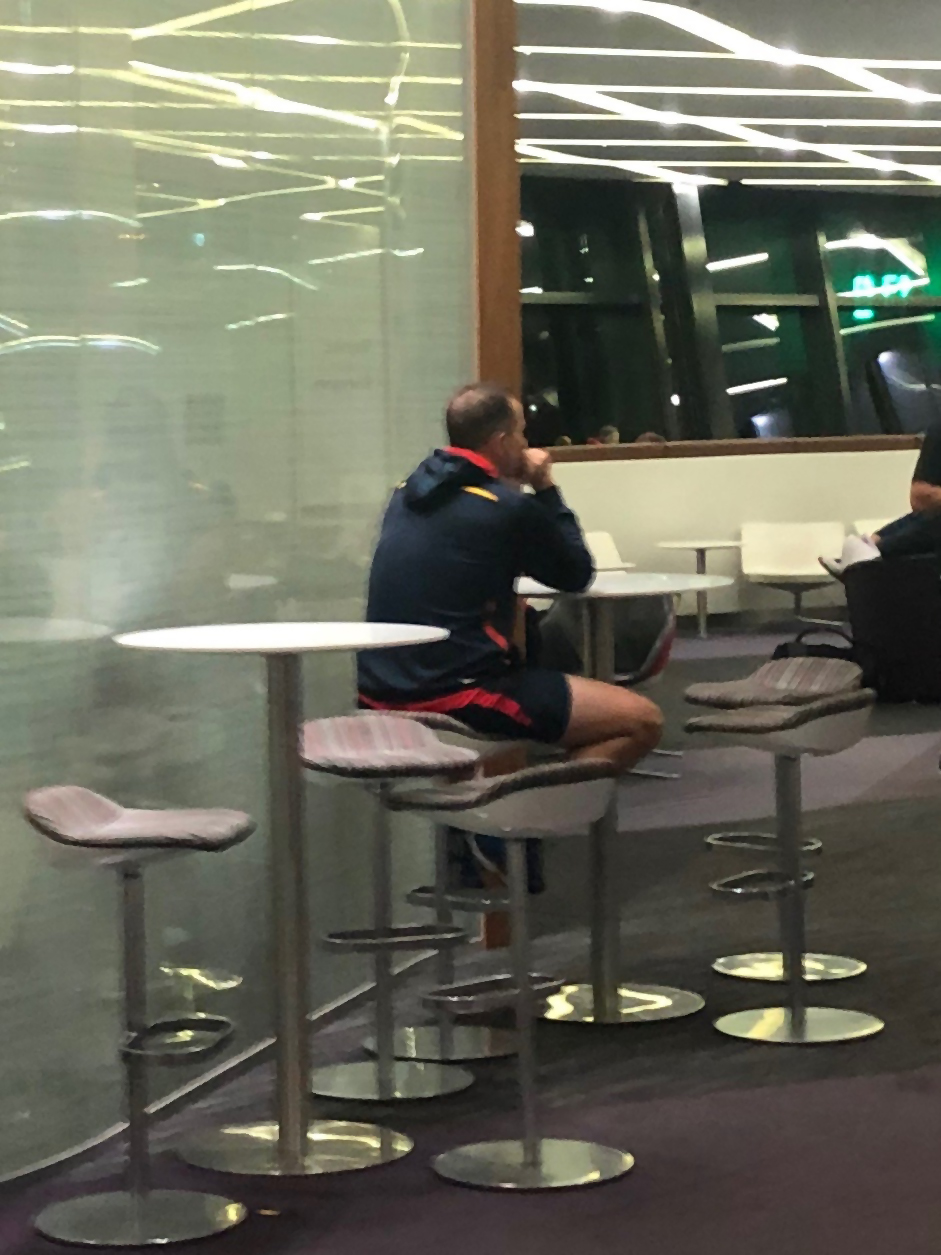 But right now, I’m feeling more sorry for myself.

After all, like any AFL coach, he’s only in it until the club inevitably decides to utter the F-word.

But I’m stuck with it for life.

And right now, it ain’t a lot of fun.