For all I know of most of the 70 players drafted on Tuesday night, Wolff Parkinson-White could well have been an obscure round-four selection by GWS or Melbourne or some other club to whom right-minded folk only pay passing attention.

But turns out it’s actually a medical condition wherein the sufferer has two electrical pathways inside their heart instead of one, causing unstable heart movement. It’s characterised, according to the noted cardiologist Dr Google, by attacks of rapid heart rate.

A lot more South Australians are aware of this syndrome this week than last, because it turns out new Crows draftee Wayne Milera recently had surgery to correct the condition.

The surgery was routine and successful, meaning the superfluous electrical pathway, like many a South Australian institution, has been closed down for good.

Which means, one assumes, that the only electrical impulses Milera need now concern himself with are his lightning-quick match-day reflexes, and the only hearts racing will be those of Adelaide supporters when he goes near the ball.

I have long followed Milera’s football journey (by which I mean that I saw an interview with him on ABC’s 7.30 last week and thought he seemed like a good bloke).

Thus I have about as much expertise on his prowess as most casual observers, who were heartened at his selection with the Crows’ number 9 number 10 number 11 pick because they’d heard he could kick a goal or three and because … well … he’s a local, dammit!

There’s a bit of a “Buy Local” mentality in the City of Churches of late, what with the jobs crisis and Paddy Dangerfield (67.3 per cent disposal efficiency, in case you were wondering) now the best-dressed man in Geelong courtesy of a shiny gold jacket (which we’ll assume was made in SA by one of our thriving textile companies).

Now, this mentality is not quite of the same lunkheaded ilk as the recent “Reclaim Australia” rallies, in which gap-toothed gawkers so dentally challenged as to make even the most rusted-on Port supporter appear a picture of oral hygiene brandished banners misspelling “Austalia” and railing against “Muslin” (despite its versatility as both a fashion item and a handy kitchen tool for straining stocks and the like). But it’s kinda in the same parochial ballpark.

Yet much as we malign the likes of Dangerfield for going to Geelong (where he grew up) and Tippett for going to Sydney (where he didn’t), for most of those there’s a Bock or a Davis – a local who left regardless.

And for each of them there’s a Sloane or a Reilly, guys who came here and played out their career and then some.

So in any case, there was consequently much rejoicing when Port selected West Adelaide’s Riley Bonner with whatever pick Gold Coast let them keep and the Crows snagged Milera, a Centrals player who honed his football and life skills at the Power’s Aboriginal AFL Academy (which is a truly brilliant thing, and as such we should probably never speak of it here again). And conspicuously not so much rejoicing when we picked Tom Doedee. 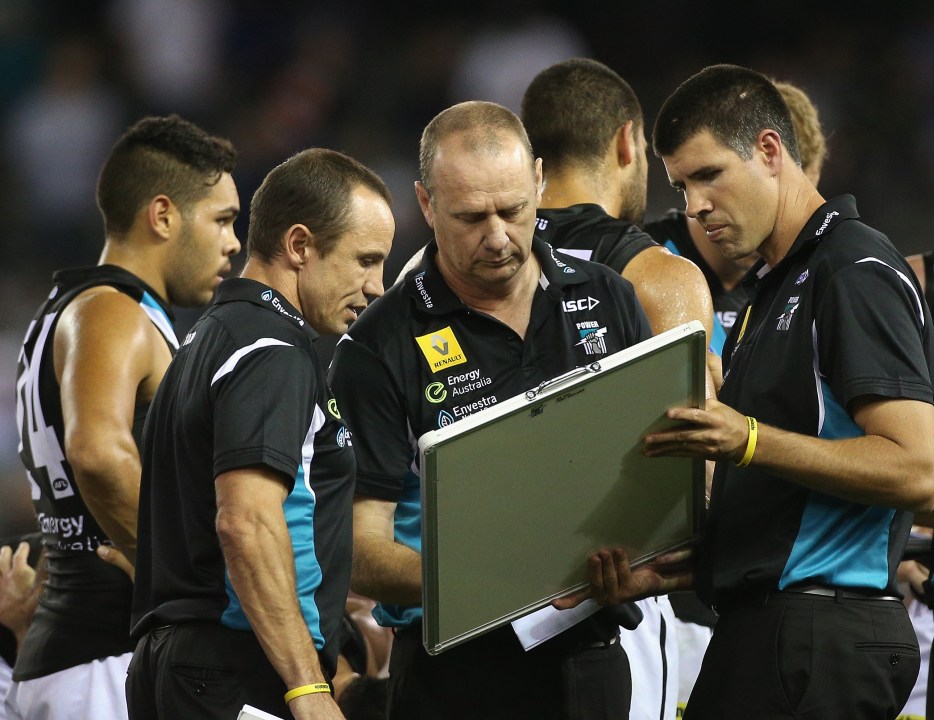 Given the draft coverage already had more than its share of awkward silences, the one that followed Adelaide’s announcement that it had selected an even-more-unknown-than-the-other-unknowns Geelong Falcon with its number 13 number 14 number 15 number 16 number 17 pick was more awkward than most, as pundits rifled through their notes looking for something helpful that could tell them who he was, where he was from, what position he played and how the hell you pronounced his name.

You’ve got to love the Crows’ long-honed draft strategy, which is basically to confuse and annoy as many people as possible, and generally do this to all the hack punters with their phantom drafts: 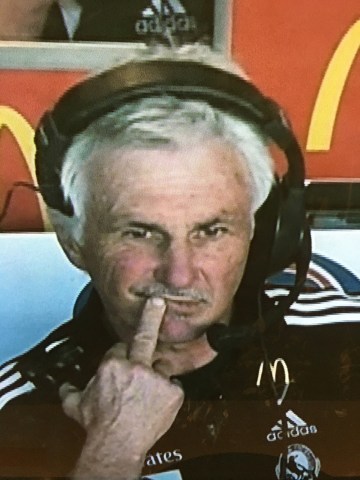 It may be novel, of course, to suggest waiting until you actually see the guy play before calling for heads to roll (I have literally seen this phrase used in comment threads in relation to this, which might suggest a certain loss of perspective), not to mention considering that collectively demonising the poor kid before he’s played a game may turn into a self-fulfilling prophecy. Surely that’s a no-brainer, even for the league’s dumbest supporters?

It’s not like Howdy Doedee was even the most controversial selection on draft night. 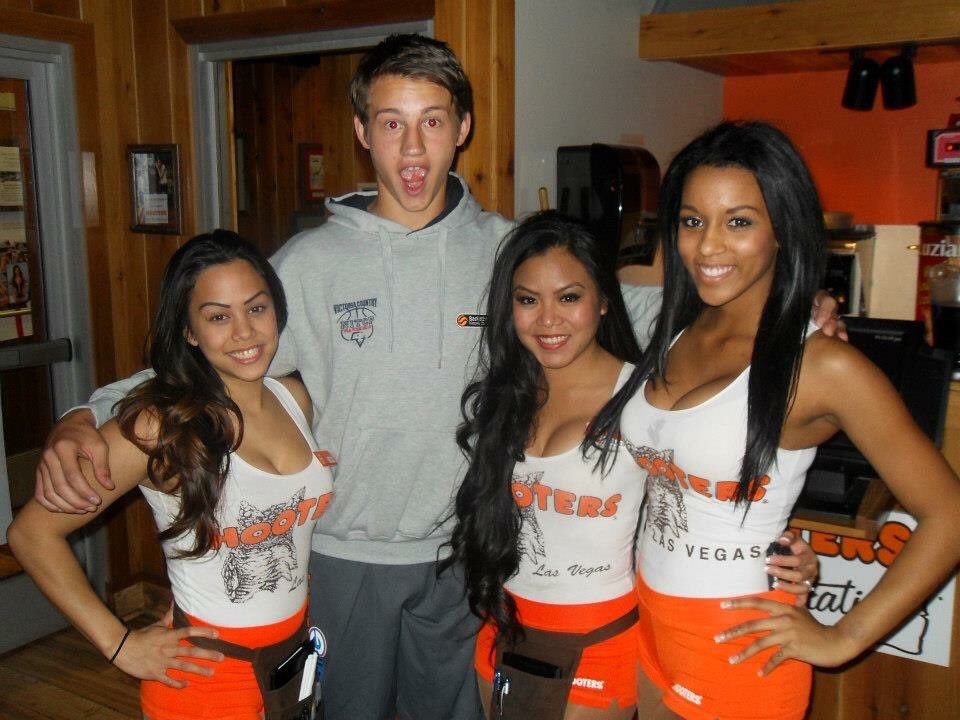 Freo, after all, caused some consternation by selecting the sublimely skilled mature-aged ex-con Shane Yarran. This was particularly controversial in Perth, where teams traditionally draft players before they spend time in jail.

At any rate, if he has a break-out season, and barring injury, the pick 61 could turn out to be a steal (subtle prison-related satire there, in case you missed it…)

Mind you, I’m assuming he was meant to go in the top 10, and just got stuck behind a bunch of academy bids?

Seriously, the draft was interminable enough without that wacky bidding system.

It was like queuing up for a very long time to get into a hip nightclub, and when you’ve finally reached the front of the line, the bouncer suddenly tells you he’s not letting anyone else inside – and then lets a bunch of his mates in anyway!

A lot of people – the AFL clubs and administrators amongst them – seemed to find the bidding process a tad confusing too. But it’s really very simple; here’s a basic summary: 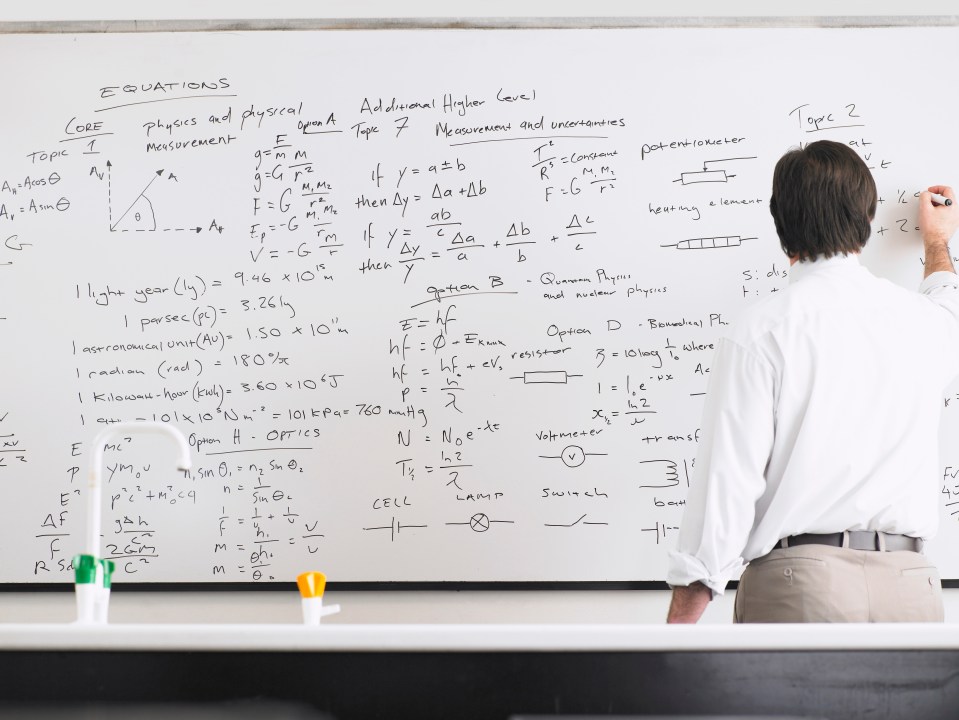 I am, of course, glad that Milera will play for the Crows, and even more glad that he has so readily shrugged off his recent medical travails. But if the scars of his Wolff-Parkinson-White syndrome persist, they are strangely apt; for he joins a team whose supporters are not unaccustomed to heartache.

And he will fit right in with his new teammates too, who after the year almost gone know a thing or two about broken hearts. If only they were all so swiftly put right.

Touch of the Fumbles is InDaily’s shamelessly biased AFL column, usually published during the season.