No nation from CONCACAF, the governing body for soccer in North and Central America and the Caribbean, has hosted the tournament since the United States in 1994.

The 2018 World Cup will be in Russia while Qatar hosts the tournament in 2022.

“We announce our bid to bring the World Cup back to the United States, to Canada and Mexico in 2026,” US Soccer president Sunil Gulati told a press conference overnight, Australian time, in the 102nd floor observatory of the new World Trade Centre in lower Manhattan. 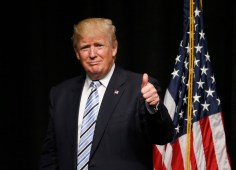 “We look forward to welcoming the world after what we hope is a successful bid.”

The CONCACAF region is widely viewed as favourite to win the 2026 bid, given FIFA rules that restrict Europe and Asia from hosting again so quickly.

The bidding process is expected to begin later this year and to run until 2020.

Gulati said the initial plans were to stage 60 of the 80 World Cup games in the US, with Canada and Mexico hosting 10 games each.

All the games from the quarter-finals onwards would be in the US, Gulati said.