Australia will continue to chart their course into the promised land of a fourth successive World Cup, after a 5-1 thumping of Jordan on Tuesday night ensured they topped their qualifying group.

Sterner tests await in the last stage starting later this year, and FIFA’s perplexing rankings system could throw the Asia champions a curve ball when it comes to seedings against the region’s best teams including Iran, Japan and South Korea.

But after overseeing his improving side to seven wins and 29 goals in eight group games, Postecoglou stressed that fans and commentators need to hold more belief in his squad’s ability to beat any of the continent’s powerhouses.

“We talk ourselves down so I doubt other people will be pumping us up,” he said.

“We’re growing as a team. Twelve months ago everyone is saying ‘Who’s going to score apart from Timmy [Cahill]?’.

“Well Timmy’s still scoring, yet we’re getting multiple goalscorers from all over the place.” 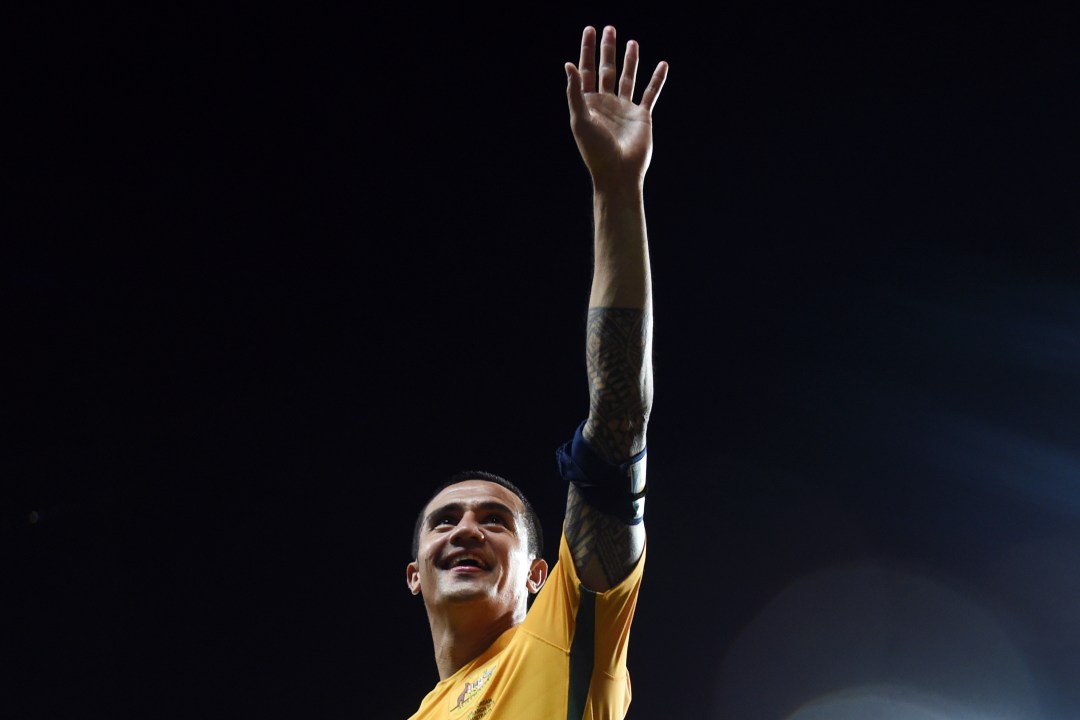 Aaron Mooy, Tom Rogic and Massimo Luongo added goals to Tim Cahill’s brace at Allianz Stadium, but Postecoglou believed his side should have scored another five or six goals and admitted he got “pissed off” watching Abdallah Deeb net a consolation for Jordan.

Nevertheless, he was pleased with how much depth and quality the Socceroos had developed in the last 12 months, and hoped their classy display against Jordan at Allianz Stadium would alleviate the stress for those sweating on the final-phase draw on April 12. 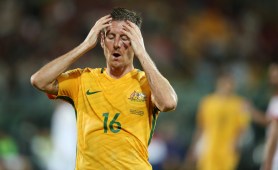 Why the Socceroos simply must win tonight

“People are really worried about rankings and seedings and who we’re going to get,” he said.

“I mean, I don’t get it… just watch what the team’s doing, that should tell you enough.

“We’re not going to be worried about who get in our group.

“We’ve had some tough groups in every competition that we’ve been in.

“We’ve had Jordan – who, don’t forget, finished fifth in the last World Cup campaign in the play-off spot – in our group again.

“And we’ve overcome all those things.