Spurs’ vibrant, young team celebrated their fifth straight victory overnight – and first away against a high-profile opponent – by throwing their jerseys into the away end at Etihad Stadium, before manager Mauricio Pochettino shook his fists to loud cheers from fans.

With Tottenham just two points off the lead held by Leicester with 12 games left, the underachieving club are starting to believe.

“It is important to start to feel that you can come to a stadium like Man City against a big, big team and you can win,” Pochettino said. “It is true our supporters can dream.”

Spurs went ahead in the 53rd minute through a penalty by Harry Kane that was controversially awarded, with Raheem Sterling adjudged to have handled as he turned his back to a cross from Danny Rose. The ball may have struck the winger’s back. 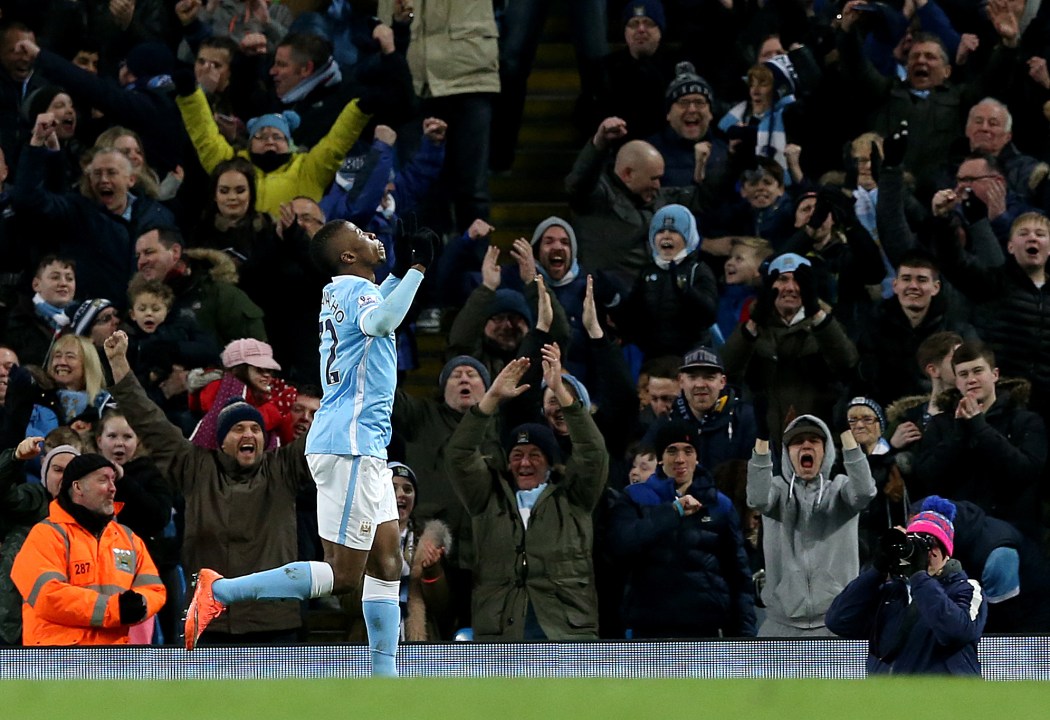 Substitute Kelechi Iheanacho equalised in the 74th with the first clear-cut chance created by City, only for Eriksen to race onto Erik Lamela’s through-ball and slip a low finish past goalkeeper Joe Hart. It was the perfect way for the Denmark midfielder to celebrate his 24th birthday.

Spurs’ last league title came in 1961, and it was last this high in the league at this stage of the season in 1985.

The mobility of Tottenham’s midfield caused City problems all game and led to the winning goal, after Yaya Toure was robbed by Lamela. The Argentina forward surged through and his pass was expertly controlled and finished by Eriksen.

“I think it was an important victory for the future,” said Pochettino, who is surely thinking more about the present now.

As for City, a second straight home loss – after last weekend’s 3-1 defeat to Leicester – kept the team six points off the lead.

The first problem is our team, we need to improve in a lot of things

Pellegrini complained about the penalty decision but was just as concerned about City’s recent form. They have not won any of their eight matches against teams in the top six this season.

“The first problem is our team,” said Pellegrini, who gave captain Vincent Kompany his first start since November after injury. “We need to improve in a lot of things.”

Neither goalkeeper was seriously tested before Kane converted his penalty, which Pellegrini bemoaned.

“It was decisive for the game,” the City mentor said.