Last night’s 3-0 loss to Melbourne Victory was the Phoenix’s first match since an incendiary Football Federation Australia announcement to deny the club a 10-year licence extension it seeks.

Both sets of fans – among the 24,934 at Etihad Stadium – showed their contempt for the FFA decision by unfurling hefty “Save the Nix” banners prior to kick off.

Phoenix coach Ernie Merrick said it was a gesture very much appreciated by the club.

“We get a great deal of support in New Zealand but the support we’ve gotten over here is fantastic, from the clubs, from coaches and from the fans,” he said.

Merrick said the issue didn’t affect his players’ game preparation as the issue “had been running for about nine months”.

“We got a really good crowd tonight … helping Victory have a crowd of 25,000 says something.”

“It was an exciting game and we play the kind of football that people want to see.”

In the crowd, Yellow Fever fan group member David Lucas was one of an estimated 30 Phoenix fans to have made the trip to Melbourne for the match. 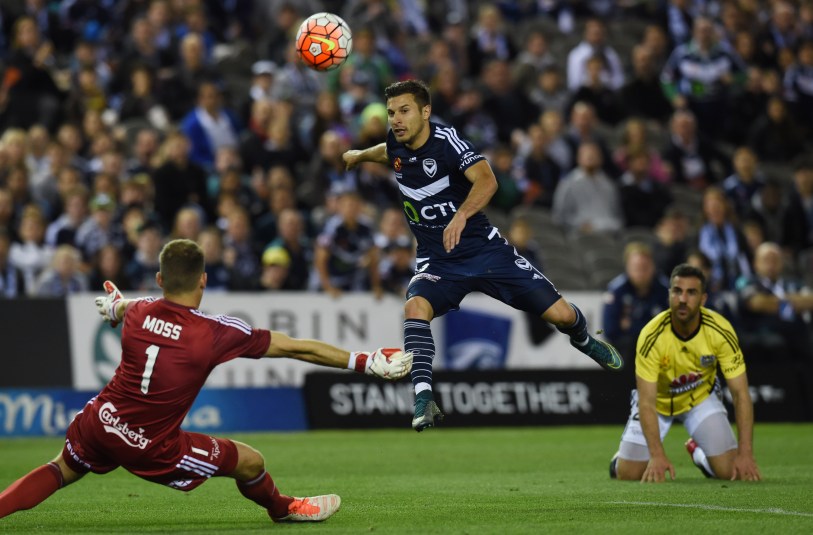 For the first time in the club’s history, the fans also brought their giant yellow sign with them, which carried the Save The Nix slogan.

Lucas, who thanked Victory for their support, said the banner was designed to ram home the message to FFA.

“We know we’ve got the support of the other teams, we’ve had so many messages of encouragement,” he said. 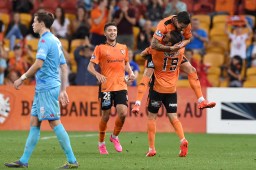 He said time was the crucial factor in improving Wellington’s supporter base.

And Hatter hopes the tide is already turning, after last week’s near-universal condemnation of FFA’s move from clubs and fans alike.

“The FFA has seen what sort of reaction has been garnered from the rest of the A-League and they’re now putting out fires,” he said.

“When you have the chairman of other teams, and the fans, you’ve got to listen.”

The sourest note from the match was a hamstring tear to Vince Lia which Merrick said “looked bad” on an initial reaction.