The A-League Men’s competition will commence in early October, to accommodate FIFA’s request that all leagues stop for the 2022 World Cup.

This has forced clubs to act quicker than they’re used to when it comes to retaining and signing new players.

Adelaide’s squad is in good shape after the arrival of a few news faces and re-signing 11 players. 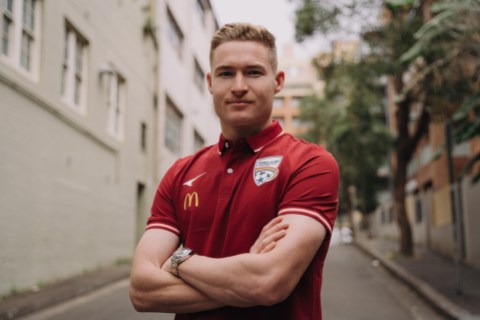 But on the face of it, this is another smart move from United. He’ll be a capable deputy to Javi Lopez at right-back, and at 22 years of age he could still develop into a very handy player. Will probably not find himself in the starting 11 most weeks (assuming everyone stays fit of course) but may have more opportunities in Adelaide while learning from Lopez. 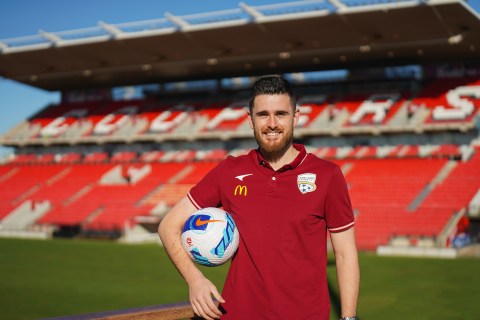 The Gawler-born defender will probably find himself in starting because he’s left-footed. Carl Veart loves a left-foot, right-foot combo in central defence and Warland fits that. Simply, he’s the direct replacement for Jakobsen. He left Adelaide a raw talent and returns a seasoned player with silverware in his cabinet. It will be interesting to see how he has progressed.

Mark Milligan (Assistant Manager): whenever Mark Milligan was on the verge of signing for an A-League Men’s club, the Reds were always touted as a destination. 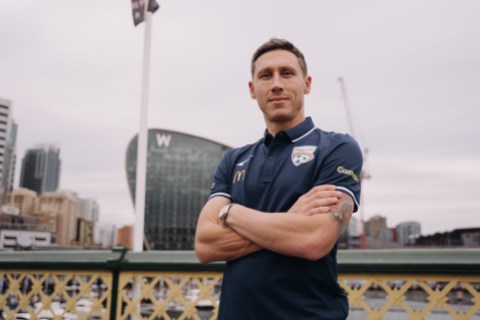 Milligan’s partner is from South Australia. It seemed logical he would come and play here at some point. It never happened. He’s finally arrived and better late than never I suppose, even if it is in a coaching capacity.

Milligan has been bouncing between media duties and coaching at semi-professional level for a few years now. He’s finally been given a chance to take his coaching to the next level.

Milligan may be one of the most underrated footballers in Australian history. Always reliable, he went to four World Cups and even captained the Socceroos.

He will be excellent for the young core at the Reds and should provide good grounding for Veart.

Javi Lopez (one-year deal): Lopez was the best right-back in the league last season. I implore anyone to argue otherwise. 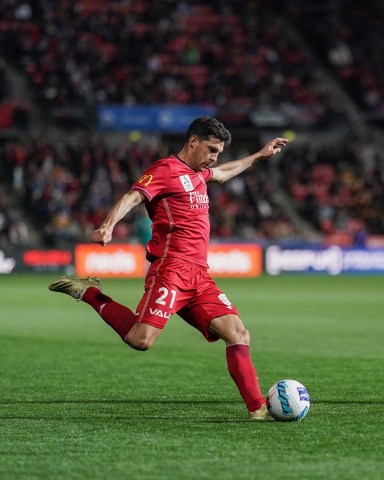 Two goals and two assists was the cherry on the cake for United. His defending was excellent. A class operator, it was always hard to deny him another year, even at 36.

Zach Clough (two-year deal): I know this decision has split the supporters, but I love it. He’s a natural 10, has played at a high level (72 games in the English Championship) and is still only 27. 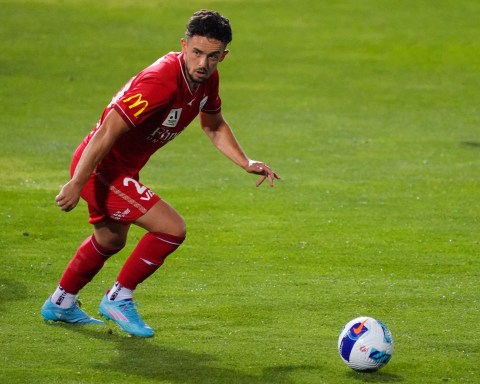 I accept he didn’t play as well as he could since arriving in Adelaide, but there were glimpses to suggest he can be the 10 the Reds need. A solid pre-season and I think he’ll be more than fine.

Hiroshi Ibusuki (two-year deal): yes, yes and more yes. The Spanish-speaking Japanese Under-23 international was a real find for United. Here’s hoping he lights up the competition and provides the focal point in attack the Reds have rarely had since Sergio van Djik. My favourite Hiro moment wasn’t even a goal: it was seeing him yell “vamos” to his Spanish-speaking teammates after scoring. 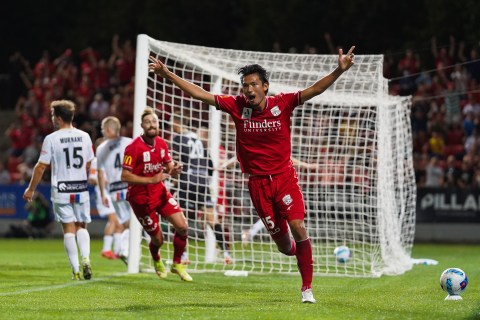 I doubt there were many people who had even heard of Ibusuki before he signed for Adelaide. There are gems like him plying their trade all over Asia who would jump at the chance to live and work in Australia. Is it time we revisit the discussion about the 4+1 foreign rule? I think so.

Bernardo Oliveira (two-year extension – contract now ends 2025): this was a no-brainer for Adelaide. 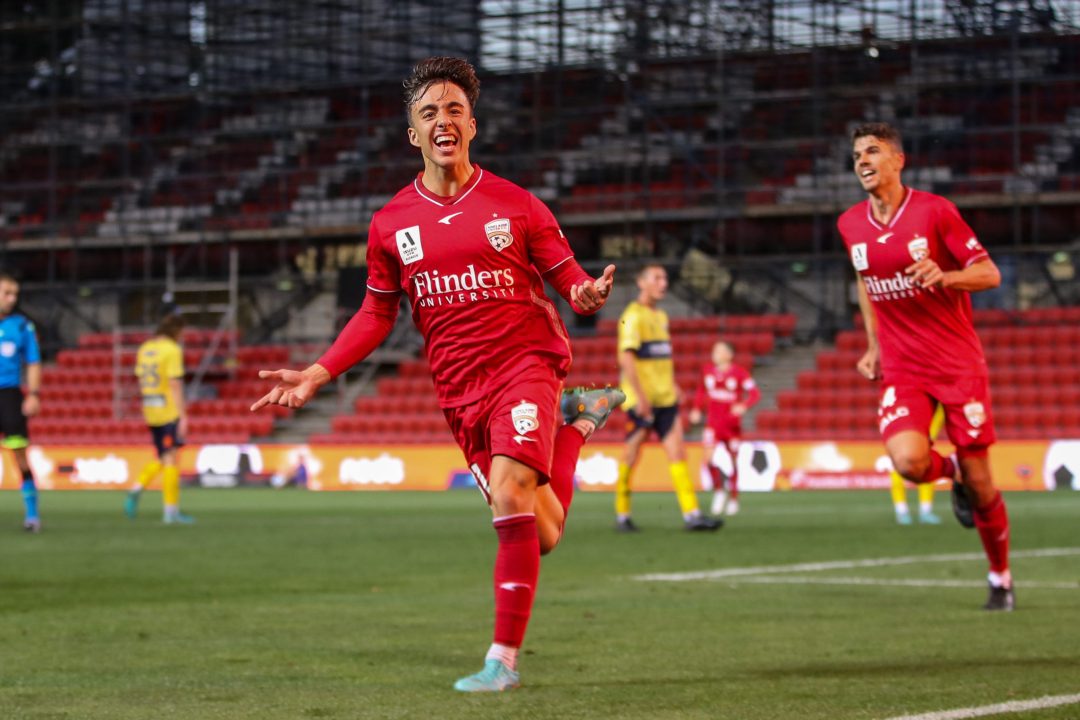 Showed enough to suggest he’s got what it takes to be a very good player at senior level. The only question is: how long does he stay a Red? Another solid year and he’ll surely be taking the next step in his career.

Lachlan Barr (two-year deal): humble pie. That’s what I’m eating. When Adelaide signed him, I didn’t believe he was a good option. Happy to put my hand up and say I got it wrong. 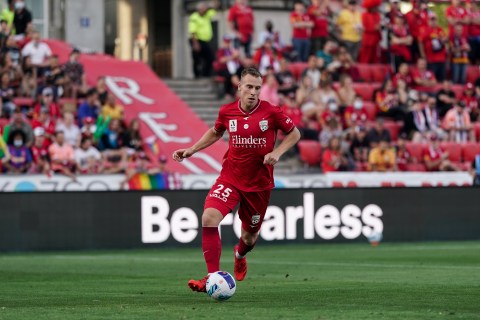 Started slow but looked more than capable and will be there or thereabouts come the new season. It’s easy to forget he was once on the books of Bradford City in League One.

Nick Ansell (two-year deal): A head-scratcher on the face of it, especially considering his injury history and the emergence of Popovic and Barr. 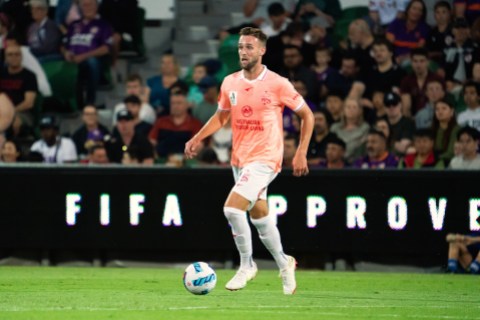 But InDaily understands that United are very impressed with Ansell and he is a leader off the park. Getting him on the park is the issue and that’s why a two-year deal seems risky.

Aleksander Popovic (two-year deal): Western Sydney made a strong play for Popovic who impressed last season after being catapulted into the team due to injuries. Adelaide came to the party and locked him in. He did not look out of place in his 10 games. 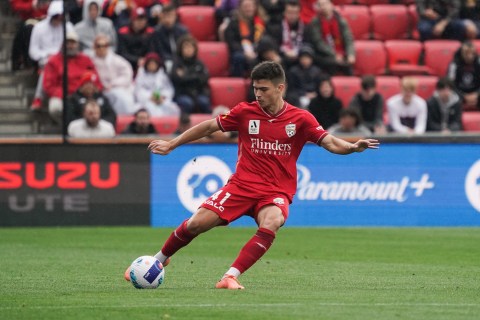 May shock a few by being the staring centre-back next season, even if Ansell is fit. Another one who seems destined for bigger things. 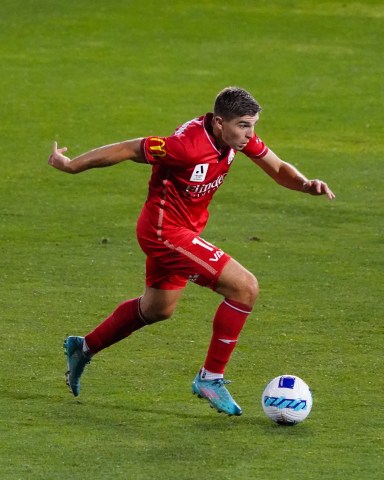 Three major knee injuries and he simply refuses to give up on his career, when it would’ve been easier to say “enough”. He will take Joe Caletti’s place in the rotation. Konstandopoulos is a player of immense skill but may find chances limited with Isaias, Juande, Clough and D’Arrigo ahead of him.

But if we’ve learnt anything from Nathan, is that he won’t give up and he will push for a spot in Veart’s best team. He provides the Reds with good depth in the midfield and his long-range shooting is arguably the best at the club.

Ryan Kitto (three-year deal): just rewards for a person who has made himself an undisputed starter for Adelaide. 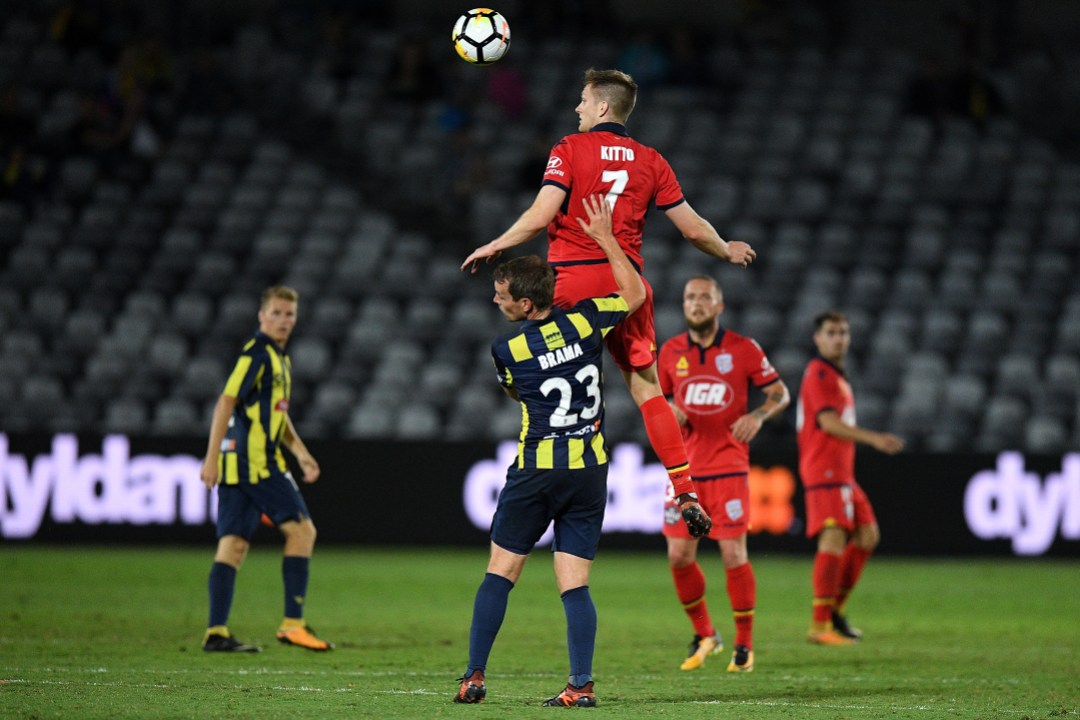 It was just a few years ago when Kitto was made a public scapegoat by former coach Gertjan Verbeek. At that point it looked like it was all over for him at Adelaide, but he’s turned it all around.

Three-year deals at this level are rare but it’s a reflection of the person and the players he’s become.

James Delianov (two-year deal) and Juande Prados (one-year deal): hear me out with these two re-signings. 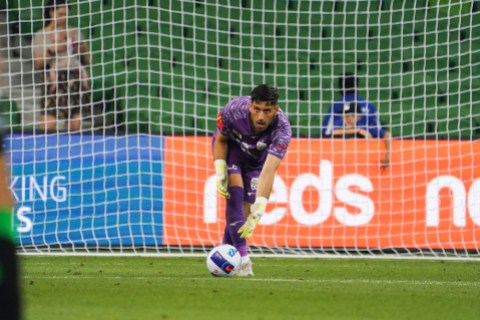 First, I want to say that I rate both players. Delianov was United’s number one before his injury and Juande had a superb season in midfield.

But, in a salary capped league, I believe their wages could have been re-directed elsewhere. Why? Well, let me explain.

Joe Gauci is now the number one at the Reds. His form was acknowledged by getting a call-up to train with the Socceroos. United has never struggled with finding good goalkeepers (maybe Robbie Bajic aside) and that showed again when young Steven Hall was given his chance. And hence, as rough as it would’ve been on Delianov, he should’ve been let go.

Similarly, United should have released Juande and redirected the wages elsewhere. Don’t forget that Louis D’Arrigo took a back-seat this season to accommodate Juande and could easily fill the void if the Spaniard was released.

United has become adept at identifying young talent and it would’ve been interesting to see them back another youngster for central midfield and ‘keeper. It would’ve given them money to play with as more and more players become free agents. 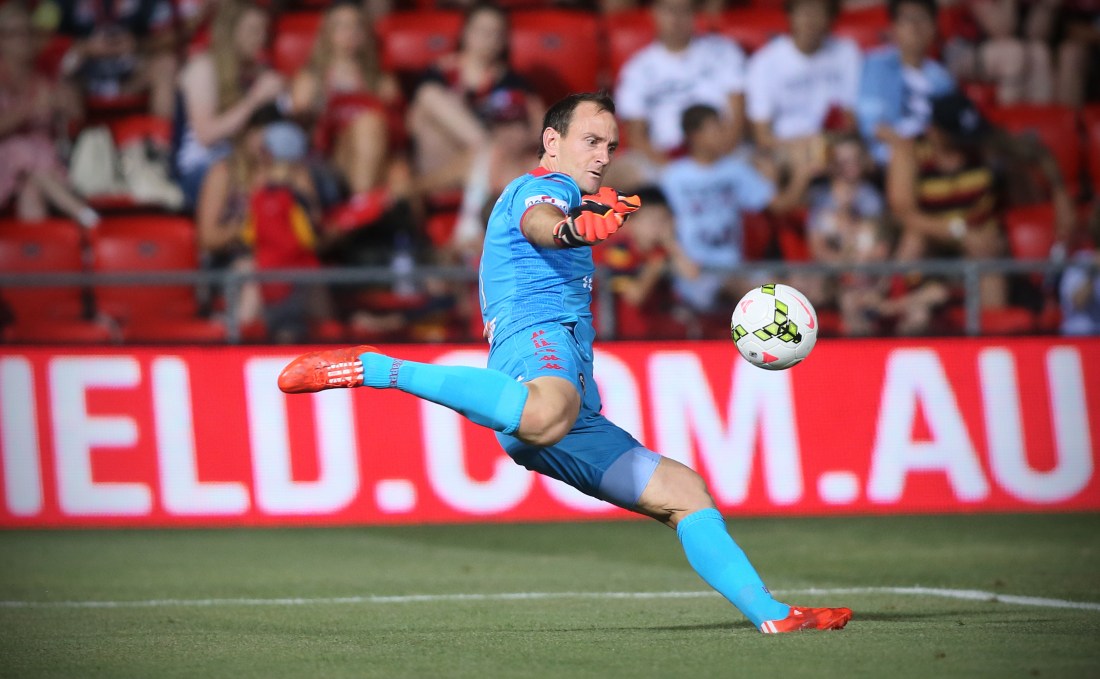 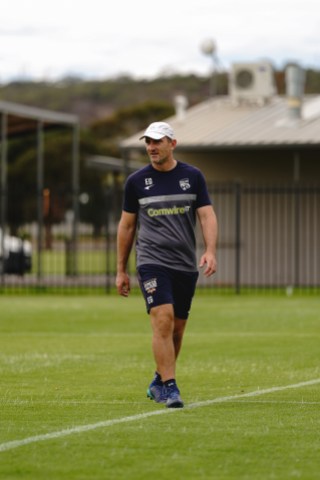 Eugene has also proven to be an excellent coach. It looked like the relationship has soured after Adelaide decided to release him at the end of the 2016/17 season. But they coaxed him back after his playing retirement and now he’s going to be around for even longer.

Craig Goodwin: the big one. The one we all want to know. Well, here it is. 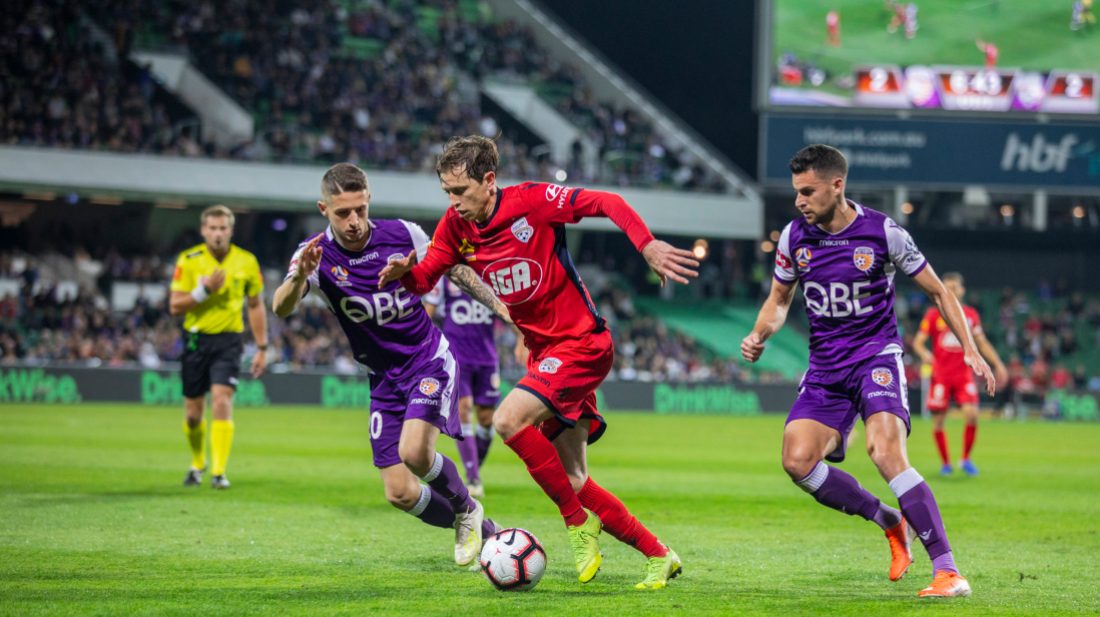 Unless there is a cataclysmic change, Craig Goodwin will be a Red. InDaily understands that the biggest stumbling block to Goodwin remaining with Adelaide was his former Saudi club not releasing him from the last year of his contract.

This has now happened and all that’s left is for Adelaide and Goodwin to finalise terms. Craig and his family want to stay in South Australia, more so now that he and his partner have a child. This should be done.

Ben Halloran: after a disastrous six months in Korea, Ben Halloran is now looking for a new club. 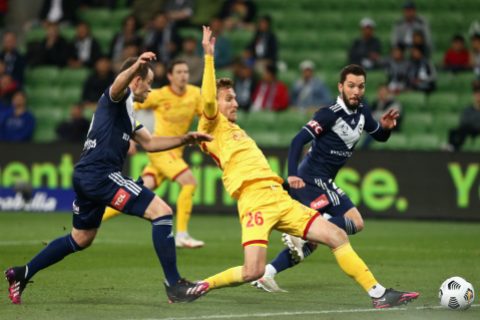 InDaily understands that there is mutual interest between the Reds and Halloran for a return but there are “complexities”.

That, of course, is code for money. Halloran won’t be short of suitors, and they will be offering good coin.

What works in Adelaide’s favour is that Ben loves the club, loves the city, knows the coaches and players and with a World Cup not far away, will want to sign for a team that will give him the best chance of sneaking into the squad.

He may sign for less with this in mind.

Lachlan Brook: a Veart favourite who didn’t excel on his return to Adelaide. A lot will depend on what his parent club Brentford decide. 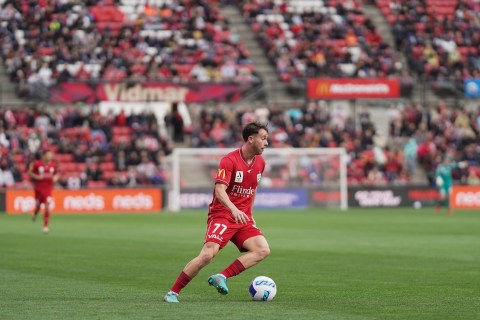 If Halloran and Goodwin join, you can’t see Brook wanting to ride the pine behind them (not to mention Irankunda and Bernardo). Suspect he won’t be back.

Pelligra Group: we wait patiently for the ownership takeover to be formally announced. It’s the worst kept secret in the league but there’s no word on why this hasn’t gone through yet (or if it has, why it hasn’t been announced).

It’s getting a little awkward with the Pelligra’s recent takeover of Italian Serie-D side Catania announced on Italian social media with the following:

“The Pelligra Group, owned by Italians in Australia, already have A-League’s Adelaide United in their sports portfolio.”

It will be interesting to see how the Pelligra Group go about their business. Everyone expects money to flow but if we’ve learnt anything from the last few seasons (where money hasn’t been available) is that Adelaide have become experts at finding, nurturing, and playing young talent. This in turn is bringing in money. Will the Pelligras stay on this path, refine it slightly or blow it up completely?

Fans will want a marquee player and I’m sure the Pelligras will want to make a splash.

Personally, I’d hate for Adelaide to abandon their current approach in favour of a quick sugar hit. Time will tell.

Overall, fans should be happy most of last year’s team will still be on the park come the start of the new season.

Maybe, just maybe, next season is the one the Reds finally turn potential and promise into a Premiership.