Adelaide United’s recruitment has been a slow, targeted process which so far has failed to get supporters’ tongues wagging.

The Reds have announced three new signings (excluding the re-signing of Craig Goodwin, and scholarship contracts for others). They are Nick Ansell, George Blackwood and Jacob Tratt.

They are not be the big names fans wanted, but are capable players. Lets look at each one individually.

On the face of it, Ansell is a more than capable replacement for the departed Jordan Elsey.

Capped twice at under-23 level for Australia, the 27-year-old right-sided central defender has a serviceable CV, including stints in Portugal’s top tier with Tondela and in Korea’s second division with Jeonnam and Gyeongnam.

Last season he played 14 games for Melbourne Victory, averaging around 81 minutes per game. But there lies the issue with Ansell – injuries. He missed 12 games last year.

This is of some concern, especially considering that Michael Jakobsen’s ageing body saw him miss nine games last season.

If both Ansell and Jakobsen are missing through injury (which is likely based on last season), then Adelaide will need to dig deep into their stocks should another central defender not be recruited.

So, while Ansell seems a suitable replacement for Elsey, he will have to get his body right and stay on the park for this signing to be a win for United.

I have always rated George Blackwood and continue to do so.

I have no issue with Blackwood coming back. He offers a lot in my opinion, but I was scratching my head. He can play as a left inside forward, a striker and even a 10 if needed. 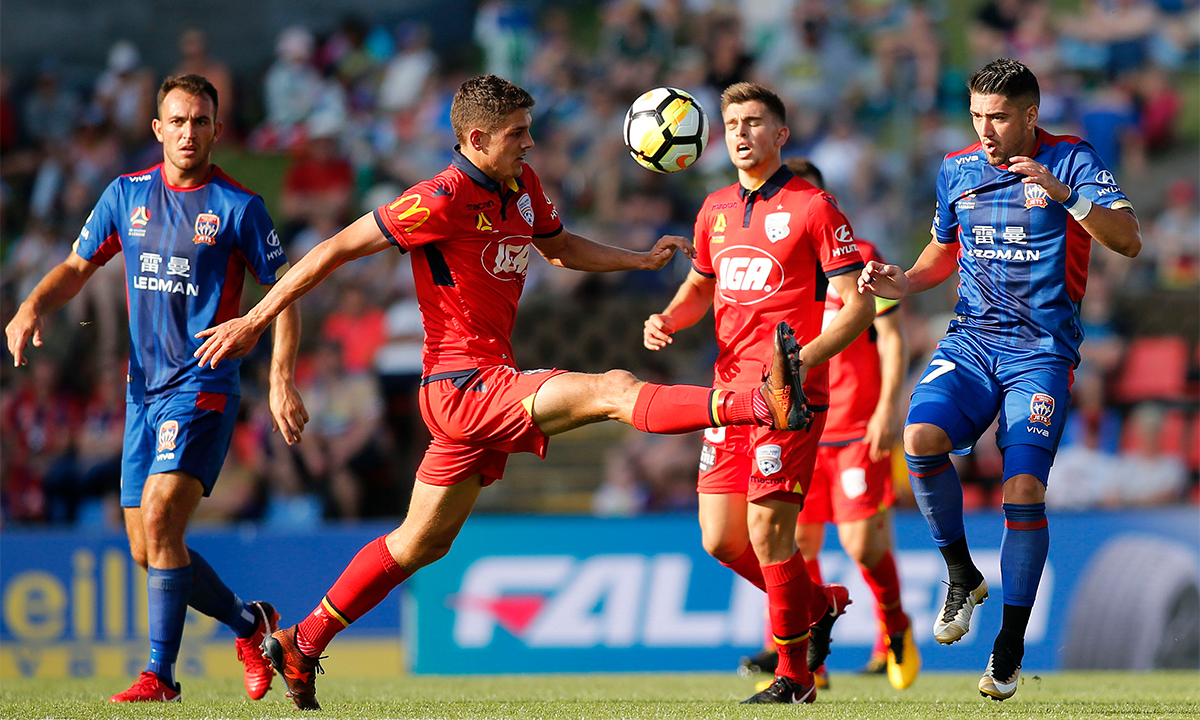 But the way his signing played out irks me, and I want to explain why.

During the digital fan’s forum held on 22 July, supporter questions were asked of Carl Veart. One was about United signing Besart Berisha, who is now a free agent.

Berisha, of course, is arguably the best striker (statistically) to play in Australia.

“Look, I’ve been asked that question before,” he said.

“We have discussed it as a football department, but at this stage we won’t move down that path.

“I’m not saying it won’t happen; you look at his record he scores nearly every week – he’s a quality player, he’s a winner – but we have a few other signings we need to sign before we go down that path.”

On the face of it, Veart’s answer suggest the club was focusing on strengthening other positions first. With the lack of defenders in the squad at that time, it was a fair statement.

Also, with three talented strikers on the books – Yengi and the two Toure brothers – a striker didn’t seem an immediate priority.

But knowing that Blackwood was pretty much a done deal, why not just say that the club won’t be going for Berisha and was planning on announcing a striker soon rather than leaving the door ajar – even if ever so slightly.

Blackwood remains a divisive figure for fans – some, like me, really like him. Others, well, not so much.

His re-signing was always going to be met with mixed reactions, but it was only compounded by the fact that fans harboured some hope that a more prolific striker was inbound.

The right-back returns to Australia after one season playing for Odisha in India. He played 17 times last season (out of a possible 20) without missing a minute for the team that finished last in the Indian Super League.

This was Tratt’s best return at senior level since 2016/17 when he played a total of 1759 in 20 matches for Wellington Phoenix. Amazingly, Adelaide will be Tratt’s fourth A-League club. 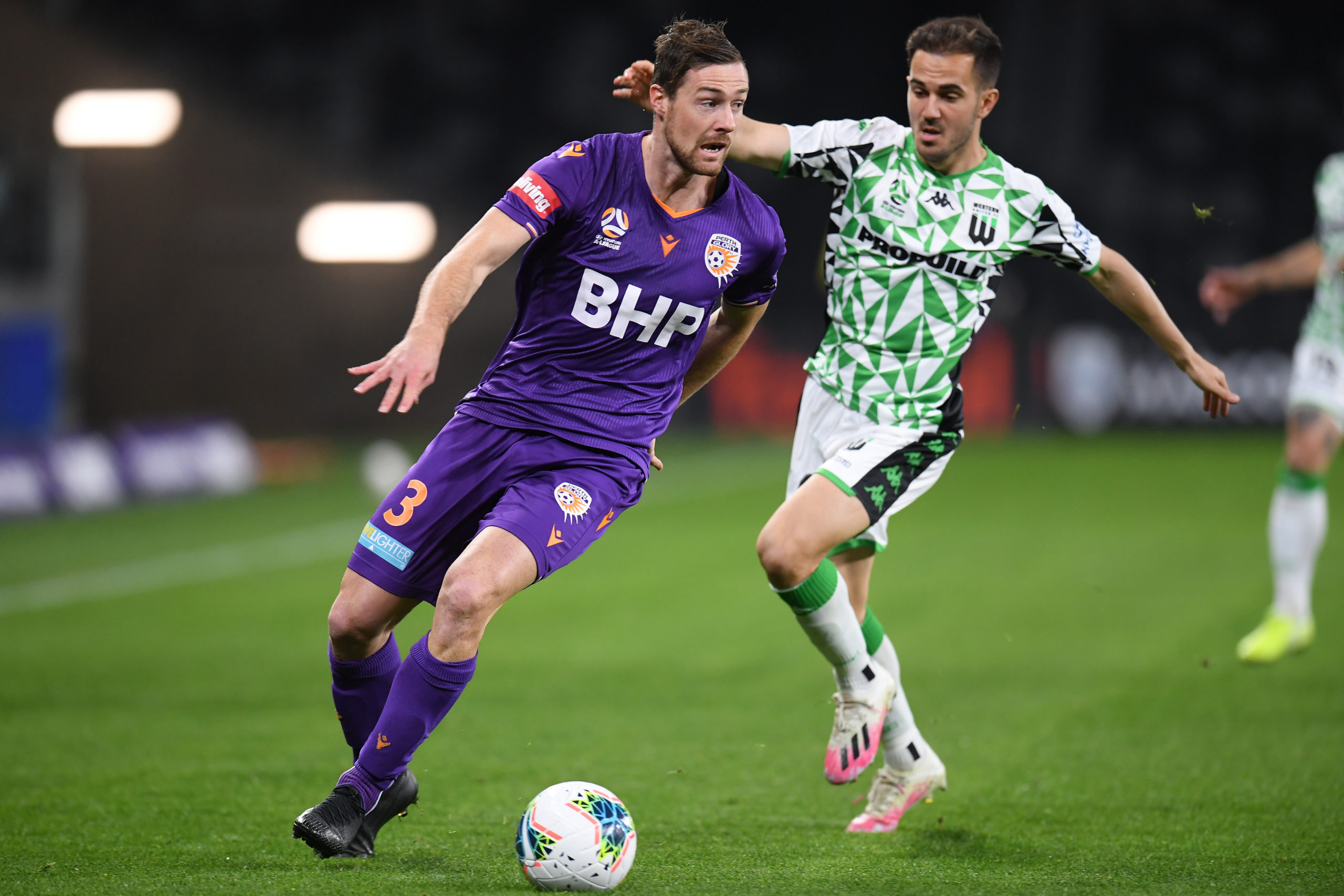 Again, on paper, it’s a decent signing and a fair replacement for the departed Ryan Strain.

But you have to question if a starting right-back was a priority for the Reds, especially with Javi López on board for another year. The Spaniard is arguably United’s best left-back but also its best right-back (a position he’s more suited to).

Surely, the pursuit of a natural left-back was needed, even with Cavallo, Kitto and Goodwin all able to play there.

I hear some of you yelling: “left-backs don’t grow on trees”. That’s true. But enough have moved around in the league this season to suggest the Reds could’ve snapped someone up. Ben Garuccio, Connor O’Toole, Adama Traore and Jason Davidson have either moved clubs or come back to the A-League.

Now, this isn’t to say that Adelaide didn’t have a crack at one of those players, but are finances really that tight that none of them could get over the line?

This isn’t a done deal yet, but strong indications suggest it’s happening. Though the longer it takes the less likely it becomes. The return of the former captain and fan favourite is worth discussing.

This is an interesting test case for United, who have been bitten before by not re-signing popular players (read: Marcos Flores).

Even at 34, Isaias would be an exemplary addition to Adelaide’s midfield and go a long way in making fans happy (not that this should be a primary reason to sign a player).

But herein lies the problem for Adelaide: is he what Adelaide really needs to strengthen their squad overall? Probably not. But, do you risk not signing him and have fans revolt? Probably not.

It’s a conundrum for the Reds.

If there is one spot United have depth, it’s in central midfield. D’Arrigo, Juande, Caletti, Cavallo, Konstandopoulos (if kept), Mauk, Yull are all able to play there (and López too, truth be told).

So, who do you leave out for Isaias? It can’t be Mauk – as club captain, he’s the first one the team sheet. D’Arrigo has performed sensationally since replacing Isaias in the team. Juande just signed a new deal and his inclusion solidified Adelaide when he arrived in January. Cavallo won the Red Army’s player of the year, such was his impressive form since arriving.

You can see the issue facing United. Adelaide has long touted the need for a natural 10 (Stefan Mauk has continually said he’s happy to play there but prefers a deeper role).

If Isaias does come in, you’d have to assume that pursuit will end otherwise there would be between six and eight players all vying for two midfield spots – that makes little sense in a salary and squad-capped league.

It will be an interesting to see how United finalise their squad for the new season.