Welcome to 2019. The year of the Asian Cup (which hasn’t started too well for Australia), the Women’s World Cup finals, and the beginning of qualification for the 2022 FIFA World Cup.

By the year’s end, the A-League’s new Western Melbourne team will have made its debut as part of the competition’s next expansion phase.

Which is both good news and bad news for Adelaide United.

Like all clubs, the Reds will benefit from the cash injection the new enterprises will provide the A-League and the increased interest that more opposing teams will provide.

But every expansion makes it that much harder to compete. I’ve previously written that, despite the club’s only championship win coming in 2015-16, it was those first four years in the A-League (from 2005 to 2009) in which United most felt like one of the competition’s brightest lights.

There were eight teams back then; in a year and a half there will be 12 and only three of them will be located in a city smaller than Adelaide.

Last year included one of the quietest revolutions that South Australian soccer has seen in recent times with Adelaide United’s licence being sold to a consortium led by Piet van der Pol.

Ten months later, the changes at United have been slow and steady. Much focus has been placed on off-field matters with the club rebuilding relationships with its active support group, Adelaide Venue Management (operator of Hindmarsh Stadium), South Australia’s business community, the game’s governing bodies and – to the extent that it’s been possible in a short period of time – the rest of the state’s soccer public.

Among the best symbols of the fresh approach have been the introduction of a fans’ village at Hindmarsh which supporters can enjoy before Adelaide United matches and the kick on the pitch which gives them access to the stadium’s famous turf after them.

There is plenty to do on all those fronts; indeed, the club has a three-year plan which, at the risk of stating the glaringly obvious, has more than two years to run.

As fans we tend not to look that far ahead. Are we winning? Are we losing? Who should be in the team? Who should we sign?

And, in Adelaide United’s case at the moment, is the coach going to stay?

Marco Kurz’s contract expires at the end of the season and social media posts suggest that most fans believe that if the club doesn’t do more to keep him, he’ll go elsewhere.

And those comments generally carry an assumption that United would be poorer without him.

But I’m not sure the club’s hierarchy agrees.

Which might surprise some supporters who have warmed to the German coach.

He certainly has a few runs on the board. Last season’s fifth-place finish was an improvement on the previous campaign’s poor championship defence under Guillermo Amor. Add to that the recent FFA Cup triumph.

Fans also love the type of passion Kurz shows from the sidelines, particularly when he’s locking horns with rival coaches.

Nevertheless, there have been doubts about him at Adelaide United since the off-season.

One of them surrounds his training methods and the extent to which they’ve contributed to the continuing run of soft tissue injuries at the club.

As well as the ones we know, others have been unreported – or at least underreported. Before Michael Jakobsen returned to play his first match after four weeks of “soreness”, in a press conference he described his injury as “a small tear”. There was no follow-up about what had been torn.

When George Blackwood was named for the first time after his collarbone injury, but subsequently omitted from the match day squad, Kurz (again in a press conference) said that the striker had “light muscular problems” in his calves.

Apostolos Stamatelopoulos, the squad’s only other striker apart from Baba Diawara, hasn’t played for a month because of a quad injury. Coincidentally, Diawara had that same injury about this time last year (which was around when the Reds went into a match against Sydney FC with 11 unavailable players: one ill, three on international duty and seven injured).

Soft tissue injuries happen due to Fatigue and an overload of Training with inadequate recovery @AdelaideUnited .. Mr Kurz old school training methods is why his best players keep breaking down .. it’s not a curse ! @raymondverheije

There have also been questions about Kurz’s tactical approach. After the Reds suffered their first A-League loss of the season to Perth Glory, Manton Street Tales argued that his team selection limited United’s attacking options.

Later that week I bumped into one of the club’s most senior people at a W-League game and they raised that column. I thought I was about to cop an earful but instead found that they agreed with it.

Saturday’s match against Wellington would have done little to change the way Kurz is viewed. Blackwood was the only striker available and Ken Ilsø the only number 10.

But Ilsø was sent to centre forward while Blackwood waited for his chance. Kurz’s season-long attachment to deploying two defensive midfielders – even when the Reds are at home against lesser teams – continued. 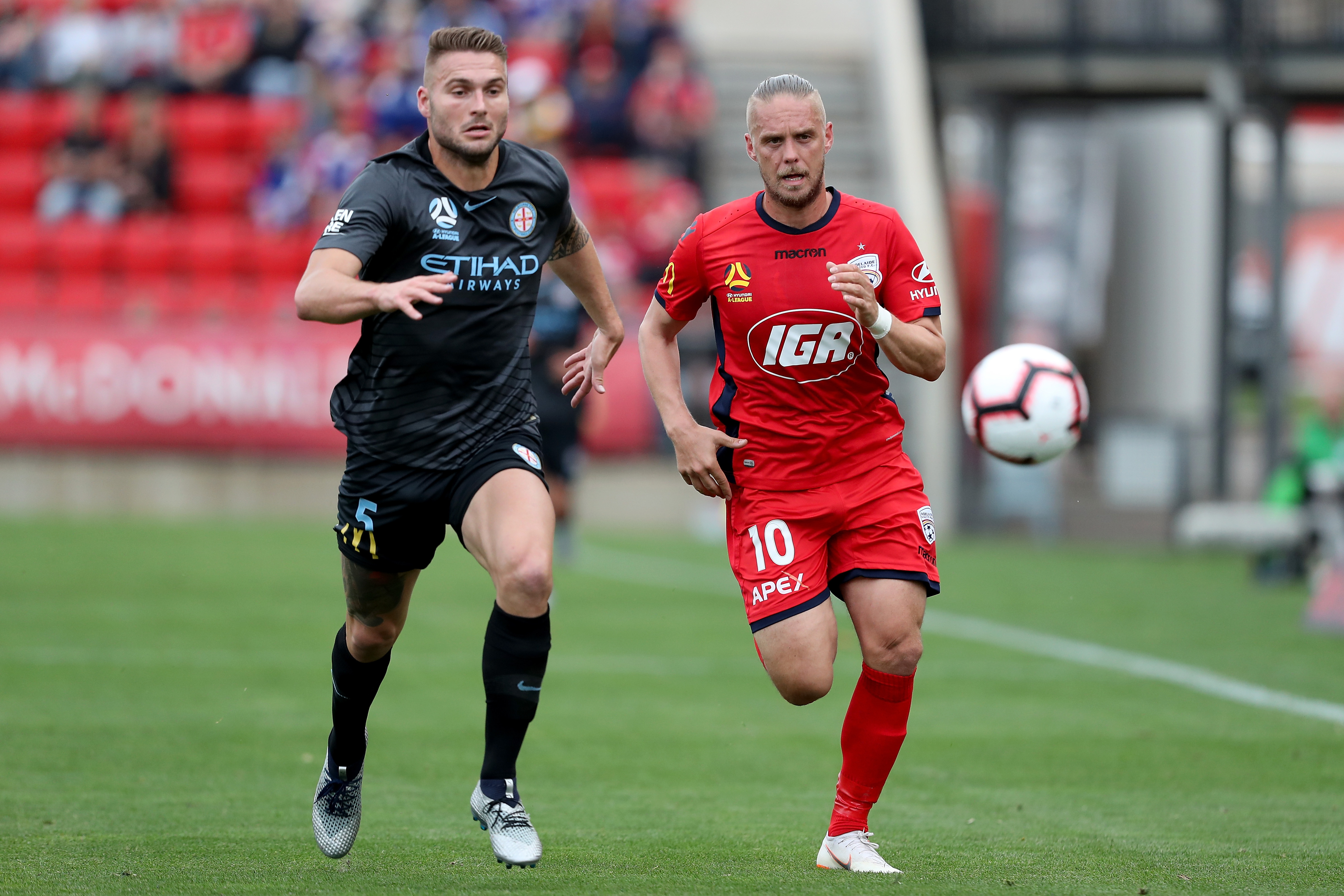 And Kurz persisted with two deep midfielders when Wellington was reduced to ten men in the 68th minute. By this stage Ilsø had been withdrawn. He and Blackwood – the only players available in their respective positions at the moment – have spent a grand total of 14 minutes on the pitch together this season. (And all along, Craig Goodwin was operating more centrally, not in his bread-and-butter position on the wing.)

Blackwood was finally brought on for Vince Lia in the 84th minute. Despite his short cameo, the young forward showed his ability to be the target the Reds needed and managed a couple of efforts on goal. He did that last season too – in fact, he had a better ratio of goals-per-minutes-played in 2017/18 than Diawara (admittedly, the sample size for the Senagalese striker was small).

But he needs more time on the park. Kurz persisted with Nikola Mileusnic when he was struggling in front of goal; he can do the same for the Australia under-23 forward.

The case of Ilsø, who has been used less than a player occupying a visa spot should be, is also curious. It’s amusing seeing some fans take to social media to lament that he’s been underused, or that he shouldn’t have been signed in the first place, while they’re also throwing their weight behind the coach. Pure cognitive dissonance – no one is more responsible for United signing the Dane than Marco Kurz.

Ultimately, like Baba Diawara, Kurz is a legacy of Adelaide United’s previous owners.

Even if there were more enthusiasm for him now (and even if the season ends on a surprisingly high note) new leaders with new plans might want to select a coach they see as a better fit anyway.

At best, from the point-of-view of those who would like Kurz to be retained, the club is taking a wait-and-see approach (cognisant that he might decide to leave at the end of the season himself). At worst, the decision not to offer him a new contract has been all-but-made and season 2019-20 can start with a coach of the new owners’ choosing. With Diawara likely to depart as well, they’ll also have (at least) $400,000 of yearly salary available for other players.

Having been both a club director in Netherlands and a player agent, Adelaide United chairman Piet van der Pol has deep networks in the game. Searching for a new coach is unlikely to faze a chap who had Jan Poortvliet (who once played in a World Cup final) coaching his Chinese team. Throw in the global contacts that others at the club have and it won’t be difficult to ready a long list of potential replacements for Kurz.

It is not impossible that Marco Kurz will still be coaching the Reds next season. But with every passing day, it looks increasingly unlikely.