Well I enjoyed my weekend.

But surely most Reds fans were already on a high, particularly those who follow the club’s emerging cult hero: Taylor Regan.

That status couldn’t have been predicted when United signed Regan three months ago.

He arrived as an injury replacement for another defender, Jordan Elsey, and appeared to be the antithesis of the type of player that has helped define United in recent seasons.

We give the A-League swarthy, cultured Hispanophones, not bearded, tattooed Novocastrians for whom “no-nonsense” might be a clichéd epithet.

Regan watched from the bench until finally being introduced as a substitute during the 4-0 loss to Sydney FC on Boxing Day (the Reds had already conceded all four goals).

He made his first start on New Year’s Day in Wellington and, with United needing a solid defensive performance, Regan helped the team keep a clean sheet and was named Man of the Match.

And he was great to watch. While the modern centre back is seemingly encouraged to be an elegant ball-playing peacenik, it appears Regan hasn’t forgotten that his main job is preventing opposition goals. 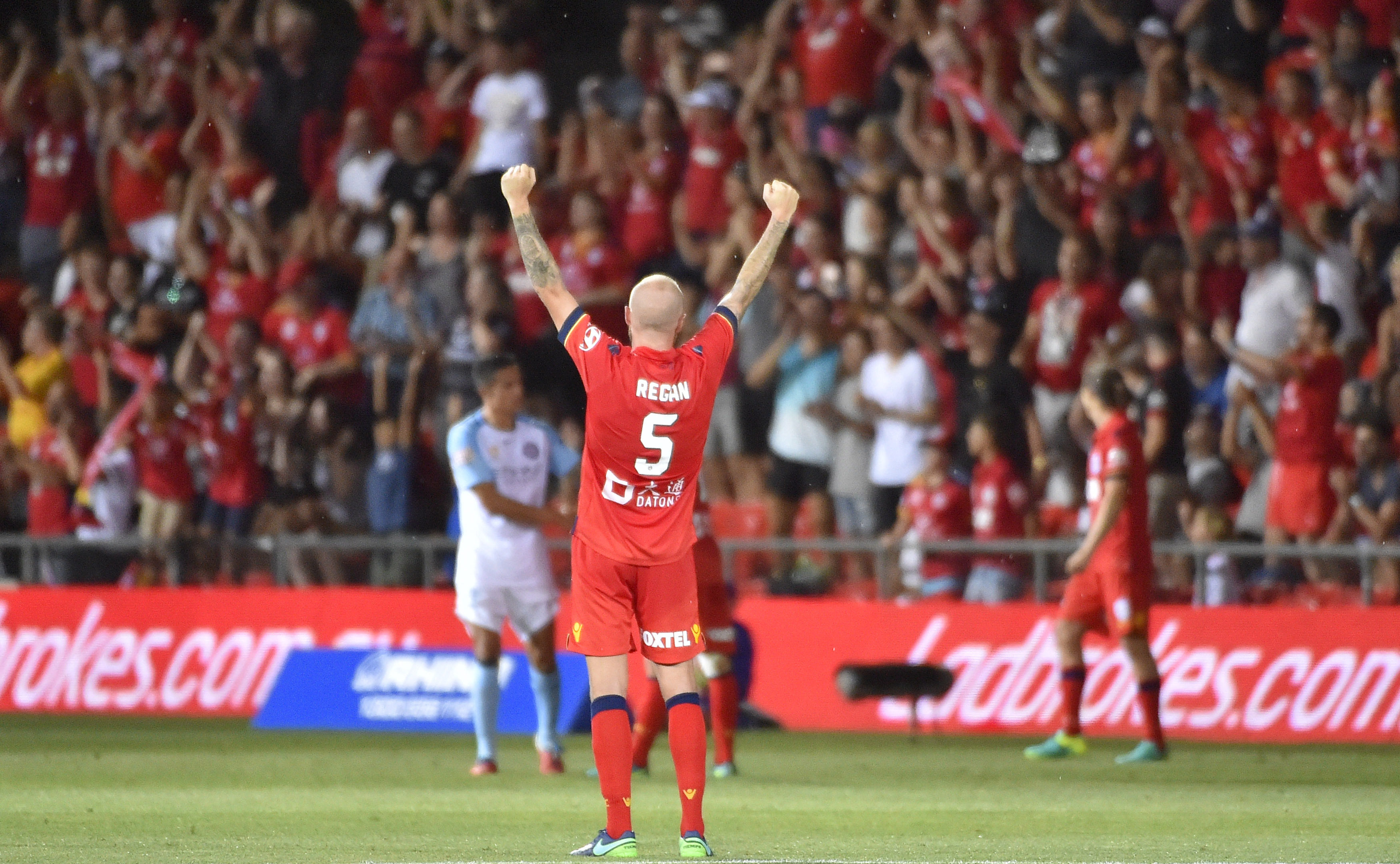 How wonderful it’s been seeing him tackling, getting his body between forwards and the goal he’s protecting, and booting the ball 50 metres away from danger. You know, being a proper defender (which, by the way, certainly doesn’t mean that he can’t pass).

Regan had another excellent game on Thursday night against the millionaires from Melbourne City. With the score at 1-1 for most of the match, the visitors’ star-studded attack struggled to make chances.

And the foundation of the Red wall was a chap who was loading concrete drums onto trucks as a young man while he was trying to win a professional contract.

Yet there’s something perhaps even more valuable that Regan is providing the team and its fans – the feeling that, despite this season’s poor results and sub par performances, there isn’t a lack of either spirit in the dressing room or recognition of the club’s supporters.

This was beautifully summed up in a tweet that Regan posted the following morning which, let’s not forget, came at the end of what had been a tense week.

Within the 140-character limit, he managed to celebrate: the club’s re-signing of Isaías; Dylan McGowan’s goal against Melbourne City; Mark Ochieng scoring the winner; and United getting the three points. And the hashtag surely brought a smile to the face of every Reds fan that read it: #enjoytheweekend.

It’s not the first time Regan has shown his willingness to embrace fans and teammates (and how refreshing it is to follow someone who can be so humorous, interesting and positive).

If his form – and positivity – continues throughout the second half of the season, then it might be more enjoyable for Reds fans than the opening rounds of the 2016/17 campaign have been.

I’m certainly not holding hope for a miracle to match last season’s but, with finals still being a possibility and the Asian Champions League kicking off soon, it’s nice to have some optimism.

Players that have had long-term injuries (eg Sergio Cirio and Michael Marrone) may play a big part in United’s run home and, if the club can add a couple of good signings this month, better results aren’t out of the question.

It should not go unnoticed that, at a time when supporters have speculated a bit about whether the entire squad is as motivated as it could be, United’s players all dug deep to stay in – and eventually win – the match against Melbourne City.

That type of performance, more dogged but less aesthetically pleasing, might not be everyone’s cup of tea. But Friday brings a trip to face undefeated Sydney FC and the Reds will need another strong defensive effort.

Taylor Regan can’t be expected to earn best player votes in every round. But the leadership he’s providing gives the Reds a fighting chance.