With a 15-week old baby in the house, watching live sport can be interrupted at any time.

But during Adelaide United’s latest attempt to reverse the Robinson Curse, it was one of our cats that got me away from the television when he brought a dead bird inside and swung it around the passage.

At least Timmy (no prizes for guessing who he’s named after) had a sense of timing. The match had passed the half hour mark and two things had just happened: Melbourne Victory took a 2-0 lead and its most active supporter group, the North Terrace, walked out to protest Football Federation Australia’s treatment of banned fans.

We like being the cat, don’t we? And it’s certainly something Victory’s supporters enjoy as their team routinely defeats the Reds and others.

But in other circumstances, when we’re the bird, we’re often quick to highlight that we’re victims. And the North Terrace fans did just that.

For while their team continues to succeed on the field, they, like most soccer fans, feel that they’re preyed on – by mainstream media, law enforcers and their sport’s administrators.

The chain of events that highlighted FFA’s practice of preventing banned fans from being able to appeal their punishment (later denied but not particularly convincingly) began with an attack on the A-League by News Corp polemicist Rebecca Wilson.

Other than the revealing of banned supporters’ identities, which has cost at least one of those fans his job, I’m not concerned by Wilson’s attempt to paint A-League matches as some sort of haven for loutish behaviour – she has been targeting the game for years and, well, we’re still here. And, frankly, anyone who is simple minded enough to be influenced by her is too feeble for any sport to rely on for patronage.

But I am concerned with what the FFA does. Its response to the leaking of the list of people banned from attending games didn’t do enough to convince the rest of the competition’s supporters that the governing body had their backs. The FFA statement does acknowledge those fans but not until the tenth paragraph – the nine that precede it mostly detail how “those who engage in anti-social behaviour at A-League matches” are dealt with.

I understand there is a dilemma. FFA wants to assure its sponsors and potential sponsors that its product won’t be diminished by troublemakers. But it also needs to give the supporters it relies on confidence that they’re valued and that their passion won’t be curbed unnecessarily.

“We love our fans. The flavour they bring creates a great atmosphere and we thank them for that. Sometimes a few idiots will do stupid things at a game. When that happens, we’ll make sure they don’t ruin everyone else’s fun.

“We’re not interested in having a conversation with people who fall for the nonsense that other codes have better or worse fan behaviour but would never go to one of our matches in any case.

“And thanks for highlighting the shortcomings in our appeal process; we’ll fix that to ensure everyone gets a fair go.

“Finally, if we find who leaked the banned list, they’re going to need excellent lawyers.”

Not all observers have endorsed the North Terrace’s protest but I can’t think of a better way of making a point. They turned up so their club didn’t miss out on a healthy attendance figure (the highest for a Victory-United match in Melbourne since the 2008/09 season), they showed their support for their players before walking out and, when they did leave, the visual impact was perfect for television. 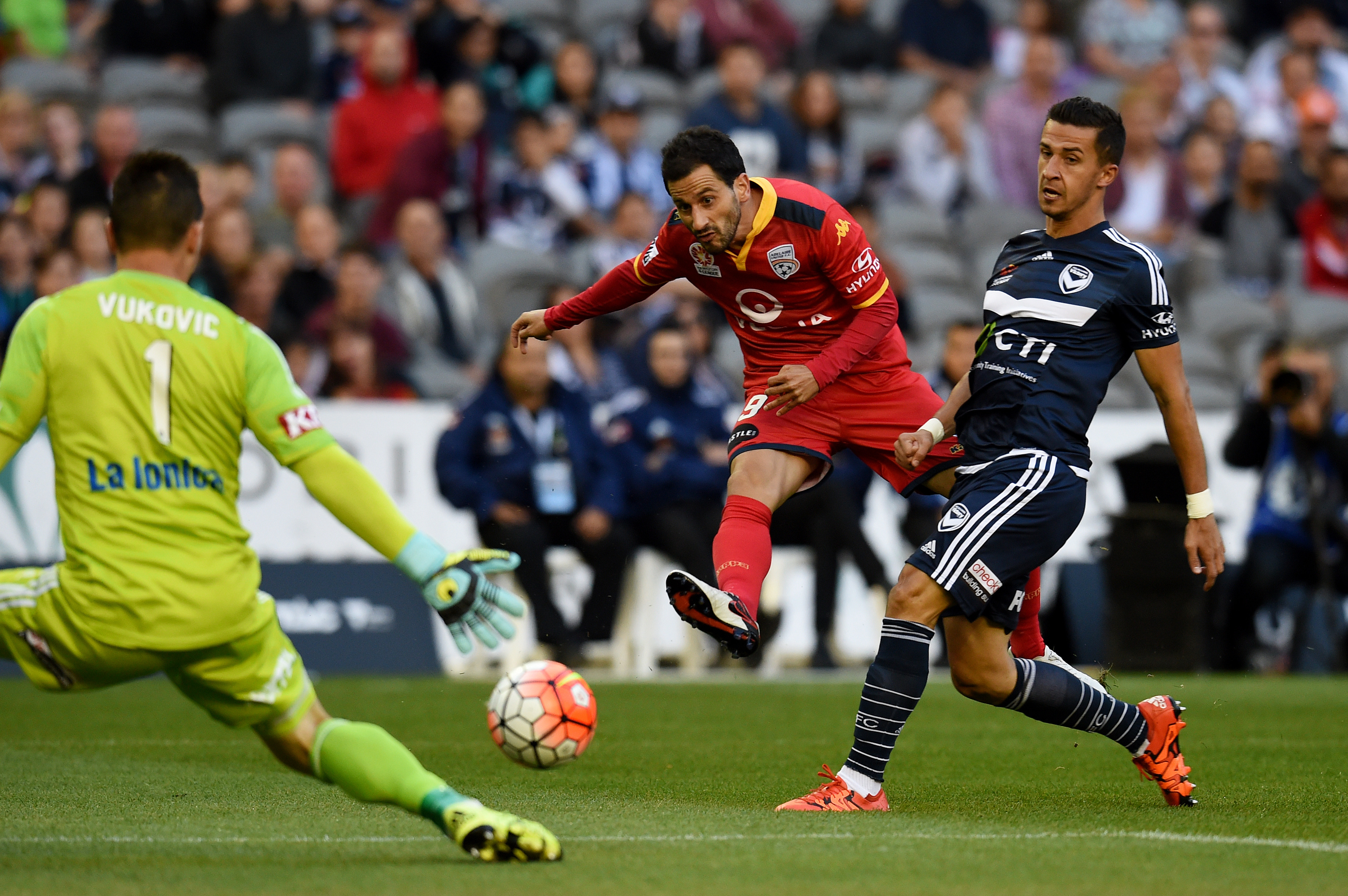 The Victory team obliged those fans by playing most of its best soccer in the opening half hour. Adelaide hadn’t done too badly until conceding a penalty after 12 minutes but for the rest of the first half it looked like a thrashing was on the cards.

Not for the first time this season, the Reds did their best work at the end of the game and after the introduction of Marcelo Carrusca and Pablo Sanchez. You know, the club’s marquee international player and its leading goal scorer…

A late penalty to United made the final score a 2-1 win for Melbourne Victory and, though I was expecting the Reds would suffer a bigger loss, the narrow defeat was far more frustrating. Why can’t they play well earlier in the match? Why don’t we see more of Marcelo and Pablo?

But the weekend was about something more important than results. Ironically, the latest attempt to debase the sport’s fans ended up uniting them (at least temporarily).

Which is extraordinary given the divisions within Australia’s soccer community that have impeded progress for decades.

If nothing else, we’ve been reminded that, while we don’t need to be the top cat, if we have our act together, we’ll never be the hapless bird again either.

Paul Marcuccitti is InDaily’s soccer columnist. He is a co-presenter of 5RTI’s Soccer on 531 program which can be heard from 11am on Saturdays.

Manton St Tales is normally published on Mondays during the A-League season.