Christine Halbert hadn’t heard about the Magarey Medal before she fell in love with the 1961 winner of South Australian football’s greatest individual award.

Today, she is the custodian of the biggest collection of Magarey Medals – the oldest player trophy in Australian football.

“I was a country girl from Port Augusta at college in the city; a swimmer, I rode horses and I played bad netball,” says the self-deprecating wife of Sturt legend John Halbert. “I did not know anything about football when I met John.”

Today, Christine Halbert, as the manager of the SANFL History Centre, commands the greatest resource of Australian football knowledge: a carefully catalogued collection housed on the second floor of a building at Bowden.

Halbert’s project draws admiration from the AFL and other major sports struggling with the challenge of gathering memorabilia and displaying their historical treasures.

“I do love history,” says Halbert, who is overseeing the biggest exhibition of South Australian football memorabilia from June 3 at the State Library of South Australia, as well as around the city and at Adelaide Oval.

Halbert and her SANFL History Centre volunteers launched their first exhibition in 2017, with the major drawcard being the biggest collection (53) of Magarey Medals for the fairest and most brilliant player ever assembled in one place. From its start in 1898 until 1991, when the AFL era began in South Australia, the medal was – by order of former SANFL leader William Magarey – to be of a different design each year.

If Halbert could not get her hands on the original she had a replica made, using photographs or original jeweller sketches for guidance.

The State Library says 70,000 people came to see the 10-week exhibition in 2017. This time, it is anticipated that more than 100,000 will witness an expanded 2022 exhibition that will spread from the library to the Migration Museum, the National Wine Centre and Adelaide Oval, where the Magarey Medal collection (originals and copies) remain in the SANFL Chairman’s Room in the Riverbank Stand.

“You will be able to walk a football history trail across the city,” says Halbert.

Researcher and prolific writer Trevor Gyss notes the exhibition now goes beyond telling chapter and verse of local football history. His unchallenged expertise is South Australian football before the game was organised with the formation of the SA Football Association (now SANFL) in 1877.

At the other extreme on the timeline of South Australia’s football story is former Channel Nine production manager Neil Smith. He has been handed by Halbert the biggest collection of film of South Australian football’s so-called “golden era”, from the 1960s to the advent of the Crows as an AFL team in 1991.

“The first exhibition scratched the surface on the large role football has played in the South Australian community,” Gyss says. “Taking this exhibition to the Migrant Museum – to highlight how people came to South Australia to find a new home and a new sport – reinforces how football played that big part in our community.

“This was not just in the post-war era, but also the colonial era (1860 onwards) when Australian football was starting and was of even greater significance to the growing community in Adelaide than during the post-war migration era. In the colonial days there was not much on offer in terms of winter sport, so the per-capita attendance figures to football games are the greatest of any era.”

Smith makes the same pitch for South Australian football a century after inception – and he has more than 4000 hours of moving pictures to show for his case.

“We are talking about the social history of our state,” says Smith. “The exhibition is not just about football history, but 145 years of our lives and our community. It is a fantastic look at our past to explain where we are today.”

But back to the beginning with Christine Halbert. The stereotype of a football WAG (wife and girlfriend) is a woman who waits for her husband or boyfriend to fulfil his dreams on the football field and then she sets the agenda, recapturing all the social activities missed while sitting in suburban grandstands during cold winters. 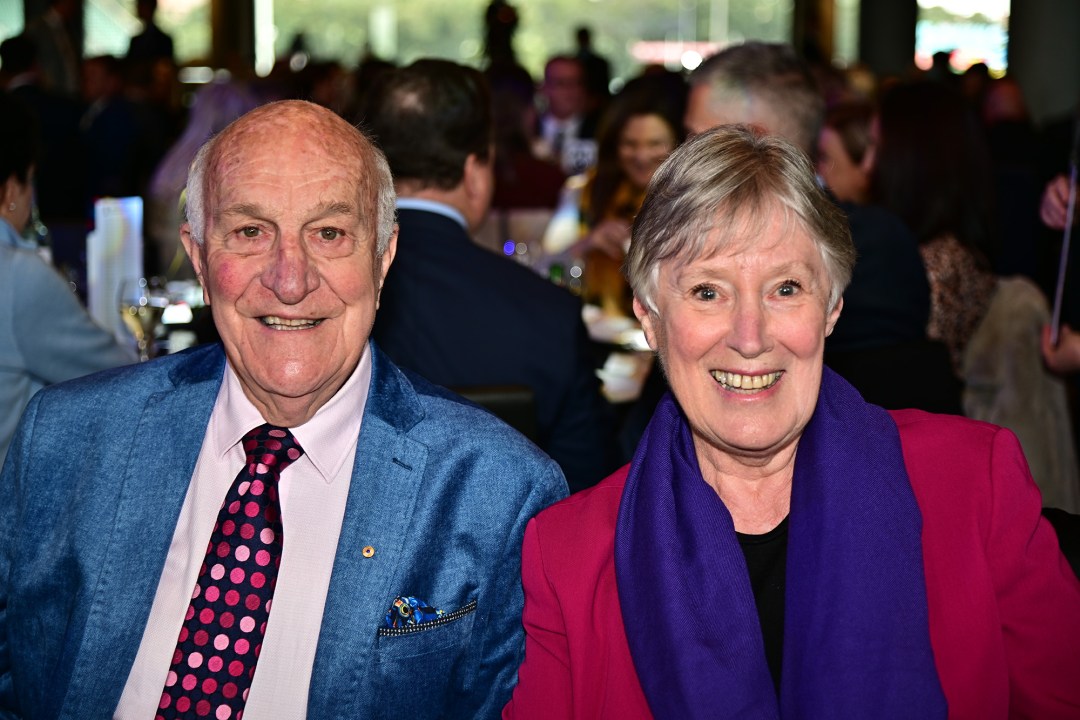 Christine Halbert today is more involved in South Australian football than was often expected of John, who played 244 SANFL league games for Sturt from 1955-1968, coached 145 matches at Glenelg and Sturt from 1979-1984 and also served as a much-admired administrator on the SA Football Commission and the AFL’s Laws of the Game committee.

“As I said, I do love history and I was becoming surrounded by it at home,” she says. “We had two rooms filled with John’s stuff. It was the same with Lindsay Head and Barrie Robran (both three-time Magarey Medallists). Trophies, jumpers, photographs …

“The question we all had was, ‘What are we going to do with this stuff?’ Football had been such a big part of John’s life. We wanted to share the memories with others, as did the Heads and the Robrans.”

Usually, it’s a call to the local charity shop or the football clubs. Halbert called the State Library in 2013, hoping the private memorabilia of three notable footballers would be well suited amid the collections of others famous South Australians.

Halbert decided the SANFL, as the custodians of the South Australian game, should also take charge of preserving its history. The SANFL History Centre was established on May 19, 2015 with Halbert becoming the leader of a dedicated band of disciples.

Less than a decade later, the group of admirers keeps growing, with interstate interest in this year’s exhibition titled, “Our footy, our people, our stories.”

“The West Australian Football League is looking at us,” says Halbert. “The AFL is looking at us. And so are other sports, such as tennis. We have a historical treasure. It’s a big tick for the SANFL.”

Halbert’s passion for collecting and preserving historical items is matched by her drive to find professionals to devote time to the SANFL History Centre and to garner corporate support. This year’s exhibition has a large roll call of sponsors, led by Meals on Wheels. Its SA chief executive Sharyn Broer explained the cultural themes expressed by Gyss and Smith led her organisation to break from its traditional partnerships to invest in the SANFL History Centre’s exhibition.

“Meals on Wheels and the SANFL are much-loved organisations steeped in history and part of the social fabric of South Australia,” Broer says. “Nothing brings a community together more than the local footy and the weekend games are a main topic of conversation between our volunteers and customers.”

Broer notes many of Meals on Wheels’ elderly customers today are former SANFL footballers keen to relive the past. Although not on the Meals on Wheels’ delivery list, West Torrens goalkicking hero and 1961 All-Australian Geoff Kingston underlines Broer’s point when he often says, “I don’t want to be accused of living in the past, but I do like to visit every so often.” For the next four months there will be many making that trip to the past of South Australian football.

Smith describes the SANFL’s commitment to Halbert’s dream as a “big investment”.

“It would have been easy to have let this stuff just disappear,” says Smith. “And we would have regretted it, not just as football fans but also as South Australians, particularly future generations who will want to know about football before the AFL era.”

Smith was lured to Halbert’s command centre at Bowden 18 months ago. “There was this vast collection of film, in every format known from 16-millimetre film to BetaMax video, and it needed to be digitised to stop it deteriorating,” he says. “Chris and the SANFL had collected all this film from Channels 9, 7, 10 and 2 before it was chucked out.”

“Sadly, that is what happened to the film from the early days of televising football through the 1960s. Not much of that stuff has survived. But once we get to the 1970s we have games, Magarey Medal presentations, the panel shows like KG’s Footy Inquest and the Sunday shows that became part our viewing habits 50 years ago.”

Smith’s greatest break in transferring the film to digital – “minute by minute, there is no short cut” – was in finding a production studio at Magill.
“George Usher had assembled machines for every format ever used in the television industry; VHS, S-VHS, one-inch film, two-inch film, 16 millimetre,” Smith says.

“We have taken nostalgia off the dusty racks at television studios that are downsizing, and very carefully put it on digital record at the SANFL History Centre.”

Halbert even has the National Film and Sound Archives of Australia in Canberra now involved in preserving the vision of South Australian football history. Those who made up the SANFL leadership a decade ago note “the only reason this project got up – and we saved so much invaluable historical material – is because of Chris’ persistence; she pushed and pushed”.

“Chris is the ‘Velvet Icepick’,” says former advertising guru and Norwood Football Club devotee Andrew Killey, in reference to Halbert’s tenacious ability to attract people and support to her campaign.

After Halbert successfully engaged the SANFL in her quest, she wanted to make sure the memorabilia was not going from one dark room in family homes to another, as they did for three years at the old SANFL storage rooms under the now-demolished grandstands at Football Park.

“It is important people see what we have preserved for them,” says Halbert, who toured the world, starting at the Australian sport collection at the MCG in Melbourne and finishing at the baseball museum in Chicago.

“Museums needs space and are very expensive. We were not going to get a museum built for SA football history. So how were we going to get this fantastic history of South Australian football to the public?”

“You ask. If they say, ‘No’, well bad luck and go to the next idea,” she says. “The State Library was not sure of the concept, but they agreed. The public response was terrific, so we are back again building on the foundation we put down in 2017 to express more and more of our our local community grew while South Australian football grew.

“The public enjoyed the stories. Now we have many more stories to tell – and show.”

The major highlights of this year’s exhibition include digital content with more than 4000 hours of viewing, and a Magarey Medal history featuring  the sketchbook from the 1930s held by GW Cox jewellers.

The exhibition will also include a vast display of SANFL club membership pins which have been eagerly collected by fans for the varying designs year after year, while the National Wine Centre will house a display of Lionel Coventry caricatures of South Australians of prominence in football, law and wine from the 1920s-1950s.

Halbert has challenged American tycoon Henry Ford’s infamous statement that “History is more or less bunk”. Despite creating what Gyss calls “a motherload” of historical data and memorabilia at Bowden, Halbert is far from finished with this project.

“There are all sorts of things to do still; we have a long way to go,” she says. “There is so much we still have not touched yet.”

“Our footy, our people, our stories” presented by the SANFL History Centre will feature at the State Library of South Australia from June 3 to October 16.