The 33-year-old was a priority selection for Adelaide ahead of their inaugural premiership season, during which she served as a vice-captain.

She played 40 games mainly as a defender, but missed the 2022 season – including this month’s grand final – after suffering a torn ACL in last year’s AFLW decider, in which she captained the Crows as a stand-in for absent skipper Chelsea Randall.

The latest defection comes just two days after decorated Crows star Erin Phillips quit to play for Port, where her father Greg captained the SANFL Magpies to eight flags – with the former Adelaide co-captain revealing she would “definitely be making some phone calls” to try and convince more Crows to jump ship to the Power’s new women’s team.

Foley said today she was “really excited to start a new chapter of my football career”.

“It’s nice to be part of something that is so fresh and new, I’m really looking forward to being on board,” she said in a club-issued statement.

“It will be great to have a new environment to hopefully take my footy to the next level and to also help the group by being a leader, after being part of the leadership group at the Crows.

“I want to bring some experience and leadership here to Port Adelaide.”

Port’s AFLW coach Lauren Arnell described Foley as a “really composed, good ball using half back [who] can certainly play a bit higher up the ground as well”.

“I’d describe her as a utility,” she said.

“One big thing for us in this signing period is securing players who have an ability to perform themselves but also bring others along with them, and we know that Ange is going to play an important role in ensuring this happens here at Port Adelaide.” 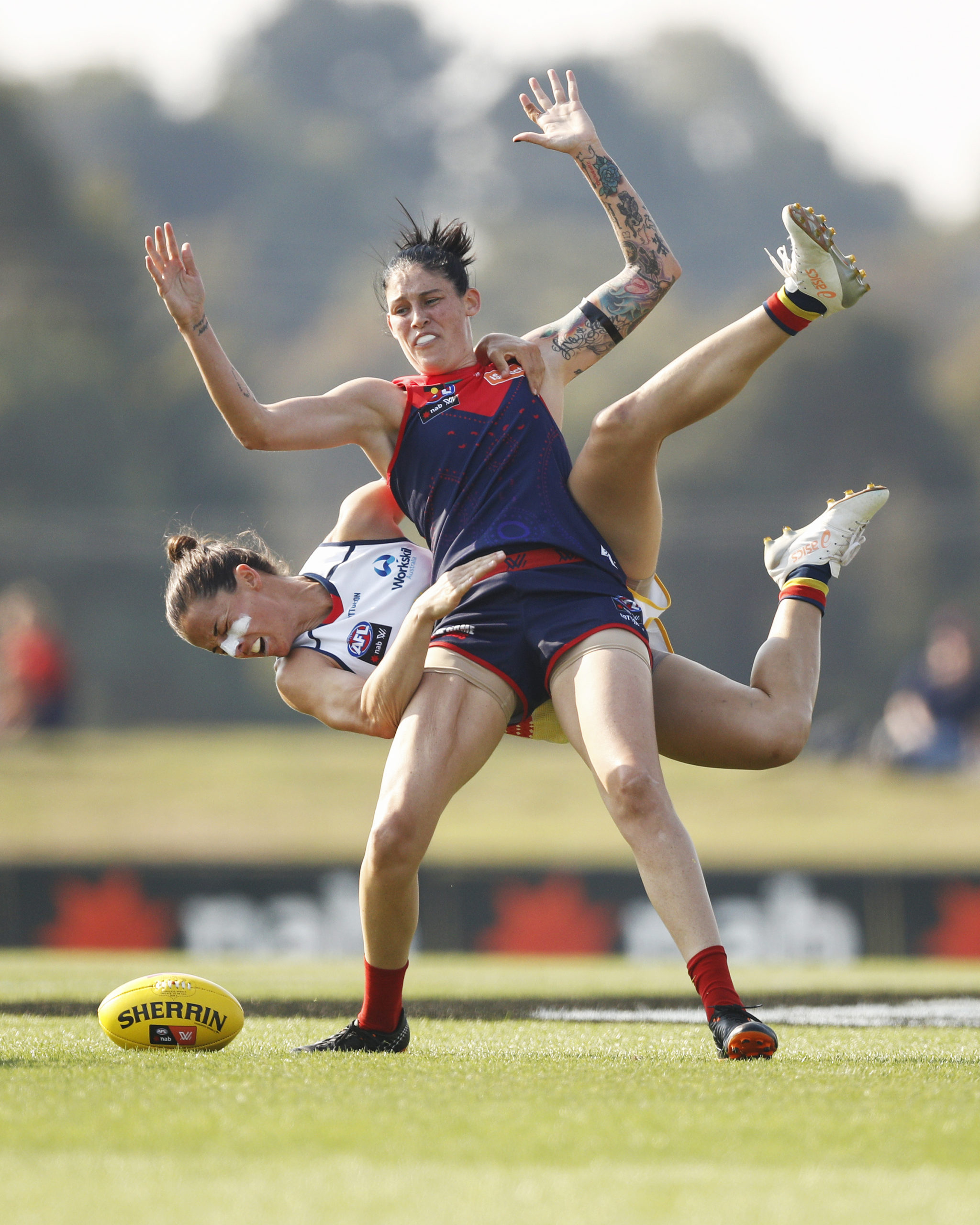 Crows Women’s Head of Football Phil Harper said it was “disappointing to see any player leave, particularly someone of such great character and experience”.

“But Ange has received an offer that is simply too good to refuse,” he said.

“We will always be grateful for her contribution, especially in the early days when she was a key leader among our Darwin-based players.”

Phillips this week told AFL360 she would “try to help this club get as many players as it can, whatever they need me to do, if they need me to bring anyone across” from the Crows.

“The main goal is the younger talent [but] I’m not expecting too many to come across,” she said.

“The next couple of days, I’ll definitely be making some phone calls, don’t worry about that.”