Watts’ polarising AFL career has ended in frustration, calling time at his second club with a year to run on his contract after a fruitless 2020 campaign in which he failed to play a senior game.

Watts was originally and controversially taken by Melbourne with pick No.1 at the 2008 national draft.

A precocious talent, he became a whipping boy at the Demons with many fans believing he never lived up to hype of being the top draft selection. 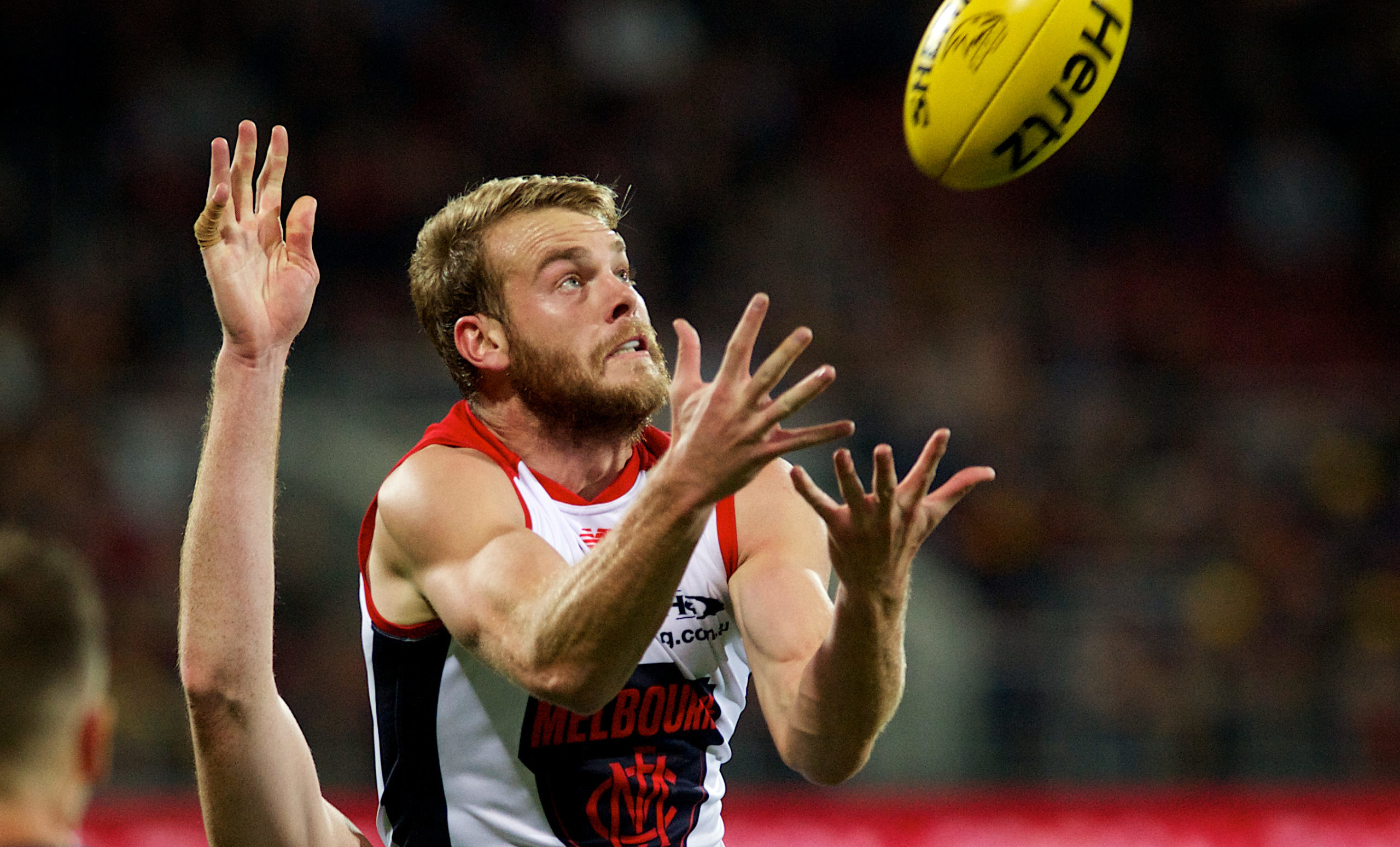 Watts in action for the Demons. Photo: Michael Errey / InDaily

He managed 21 games for the Power but suffered a graphic injury in Round Two last year, breaking his right leg and dislocating his right ankle when trapped in a tackle.

The blow came a week after one of his most promising outings for Port, in a season-opening win against his former club.

It also followed a torrid off-season during which video emerged of Watts snorting a legal menthol-based powder from a woman’s chest at the infamous Oktoberfest in Munich.

The 29-year-old retired today, citing the mental and physical toll of trying to recover from his injury as a major factor.

“I have been thinking long and hard about my future for a while and contemplating retirement,” Watts said in a statement.

“Since my injury, I feel my body has let me down and I have been struggling with the physical and mental requirements of getting back to the level of fitness that is required at AFL level.

“It feels like the right decision for me to step away and look for new challenges in the next phase of my life.

“I feel lucky to have had 12 years in the game and while there have been some challenges, there have also been some amazing memories both at Melbourne and Port Adelaide.

“I’m not sure what the future holds just yet but I’m looking forward to some time away from the limelight.”

“We all know Jack’s football ability, and we would have liked to have seen him on the field a lot more for our club,” Hinkley said.

“People might not realise just how important and loved he is around our playing group because of his character.

“Jack always has a way of lifting everyone’s spirits, even when things weren’t going so well for him in the last couple of years.”