Pyke is adamant he didn’t jump before being pushed out of the job by an external review into all operations at the Crows.

“Clearly when the side is performing as it is, I recognise that, with others, I believe I am part of the problem – quite clearly,” Pyke told a media conference today.

“The real question that I have grappled with in the last couple of weeks since the season has finished is, am I also part of the solution?

“And I guess my feeling in the conversations I have had, and in my personal self reflections, I have reached the decision that it’s best to hand over to a fresh face with a new voice to move the club forward.”

Pyke, who was contracted until the end of the 2021 season, resigned after Adelaide missed the finals in consecutive seasons following their loss in the  2017 grand final.

He said his decision to end his four-year tenure wasn’t influenced by two separate ongoing reviews – one by Crows staffers and another by an external panel headed by Hawthorn great Jason Dunstall.

Pyke first canvassed quitting with club hierarchy last week, as Dunstall and three other members arrived in Adelaide to begin their external review.

“The review has had no impact on my decision,” he said.

“I think the review will come up with some really good sign posts for the club to take forward, but the two are separate.” 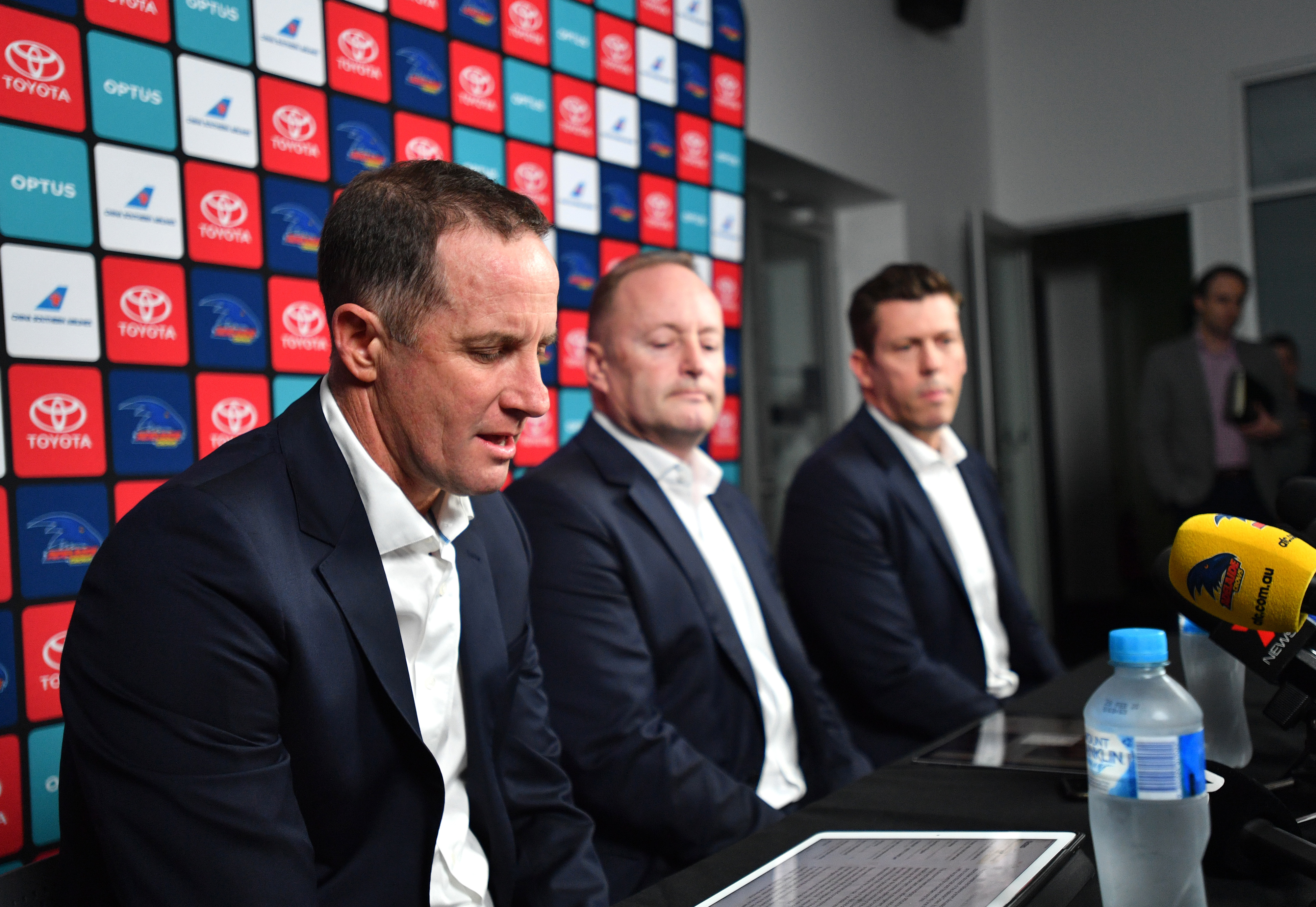 Pyke also didn’t feel he had lost support of Crows players despite rumblings of player discontent.

“It’s a complex situation but I guess I just went with my gut, which was that the group just needed a change,” he said.

Pyke cited the pressure-cooker AFL environment as a factor, particularly in Adelaide.

“The pressure on this game is significant and that is part of what you do take on … but there’s a line and we’re treading carefully to the line,” Pyke said.

“The general pressure that goes when you’re losing games of footy in this town is real.

“I don’t pretend to shy away from that. It’s different to other markets.

“And at times it does become quite draining, especially when you’re dealing with some of the things, if I say fictional is probably correct, that we were having to respond to consistently.”

Adelaide chairman Rob Chapman said a panel would be urgently formed to select a new coach.

Chapman said “a myriad of little things” added up to Pyke’s decision.

“There is really, really good people in our football club and to end up like this hurts, I can’t say it any other way,” Chapman told reporters.

“I’m not happy about it. And I’m still wrestling right up to the last minute (with) is this right – still not sure to be honest.

‘”But Don has made this decision.”

Pyke was appointed Adelaide’s coach for the 2016 season, after the death of incumbent Phil Walsh during the 2015 campaign, was in charge for 93 matches.

Owner of the Crows’ third longest coaching tenure, Pyke had a 60.75 winning percentage and despite some misgivings he wanted to remain in the AFL industry.

“I am keen to keep coaching, I think I have got something to offer in that space and we’ll see what presents,” he said.