The Crows’ four-time leading goal-kicker joined the Irish Australians team for a mid-week hit-out in its pre-Christmas ‘sevens’ competition, as he honed his round-ball skills ahead of Sunday’s International Rules fixture against Ireland at Adelaide Oval.

“For Eddie it was just a chance to have a kick around before Sunday’s game,” said Irish Australians teammate Matt Doecke, himself a veteran A-grade Aussie Rules footballer who is also vice-president of the Gaelic and Hurling Association of South Australia. 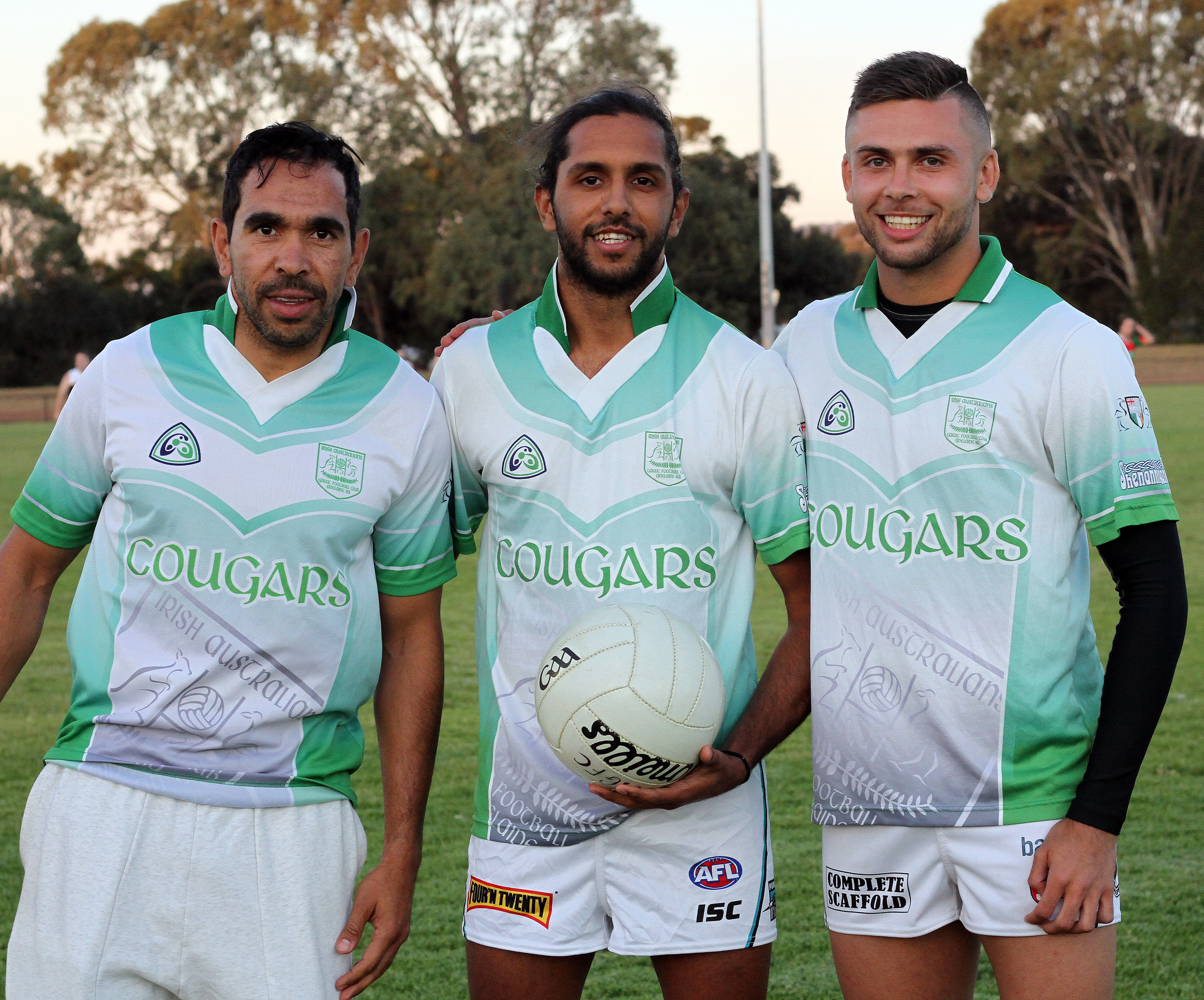 “Eddie knows our other seven-a-side indigenous players Robbie and ‘Rabbs’ [Wilson, a teammate of Betts at the Crows in 2015],” said Doecke.

“On the field, he was just one of the boys… naturally he played in attack.”

“He cruised around and showed tremendous balance and poise, especially when he had ball in hand,” Doecke told InDaily.

“He reads the round ball well in the air and seems to have more time than most… like in Aussie Rules, he’s very unselfish and gave away a lot of opportunities to other players.” 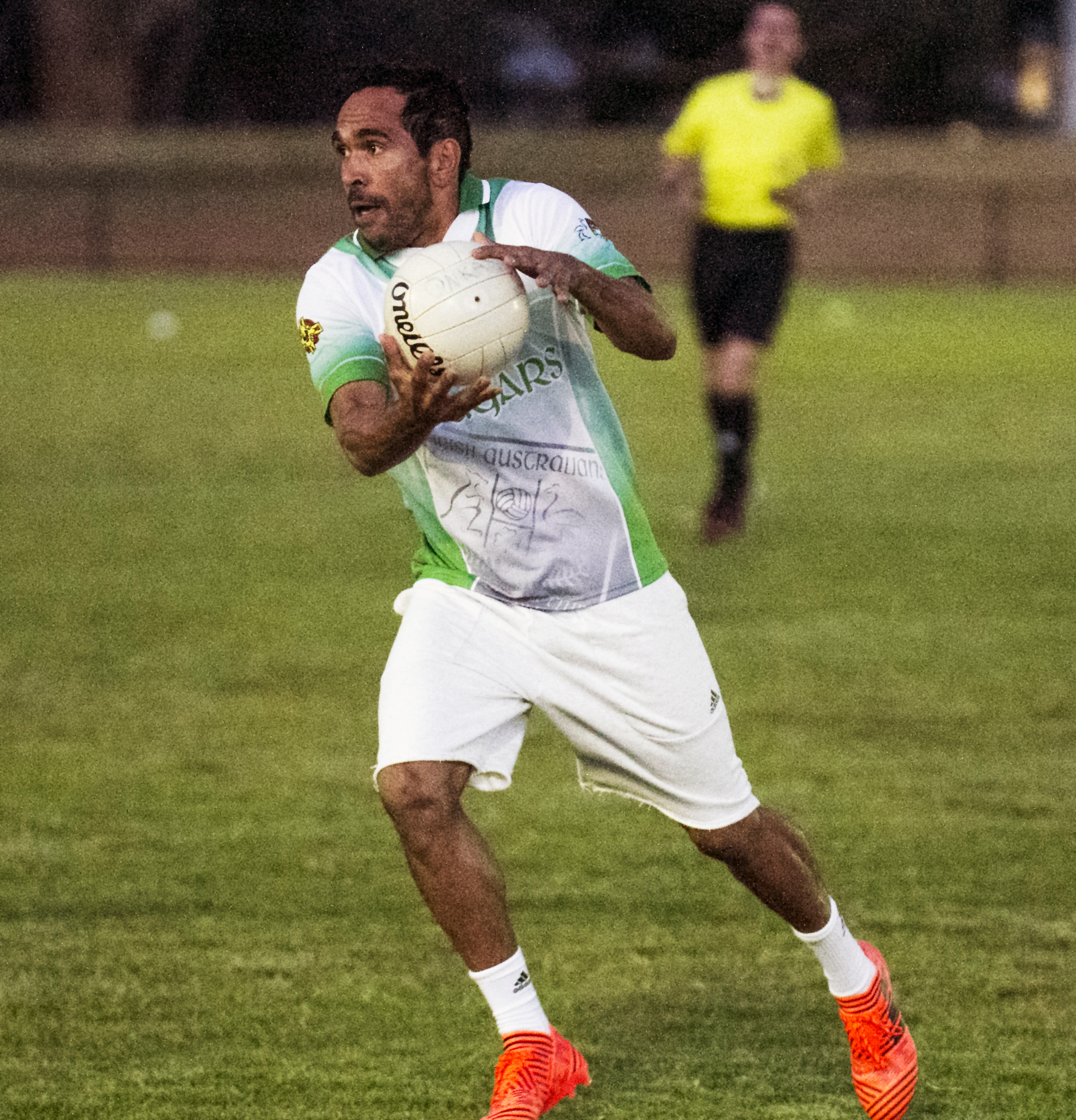 The GHASA’s ‘sevens’ comp – runs on Wednesday nights in the lead-up to Christmas at St Mary’s Park, at the bottom end of South Road – the old training ground and base of SANFL club the South Adelaide Panthers.

“A lot of players from AFL or soccer backgrounds use it to keep a little bit fit in the off-season.”

He said the link to the star Crow came via the Playford International College, a vocational school where Sevens player Josh Young teaches and Magpie Robbie Young works as an Aboriginal Support Officer – and where, Doecke says, Betts has been a regular presence, addressing students and “being Eddie, really, is the best way to put it”.

“Eddie said ‘would the boys mind if I come and have a run, just in preparation for International Rules?’” Doecke explained.

While the answer was clearly ‘yes’, no-one was holding their breath.

“If it happens it happens, but you just don’t expect it,” he said.

“It was a great for the SA Gaelic competition to have a person of Eddie’s calibre run around.”

Robbie Young told InDaily he’d extended the invitation to Betts the previous week “and he was keen to have a run before Sunday’s match”.

“The rules are a bit different than what he was used to in International Rules [but] he found plenty of the ball and his natural skills stood out.

“Eddie said he enjoyed the experience and it was great opportunity to get touch with the round ball.” 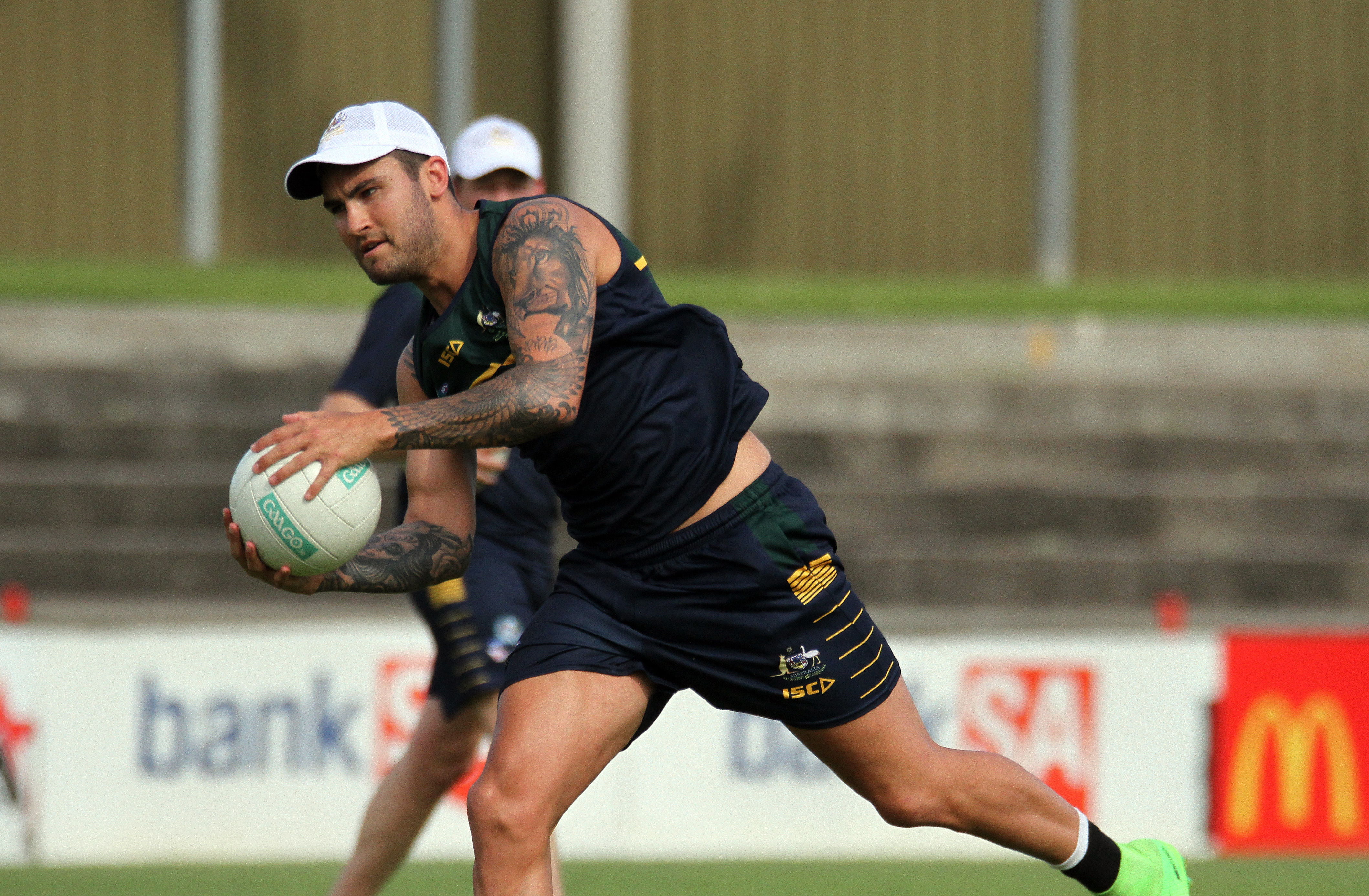 The first game of the two-test series is played on Sunday at Adelaide Oval, before a decider in Perth the following weekend.

Ireland currently holds the Cormac McAnallen Trophy after its victory in the one-off Test at Croke Park in Dublin in 2015 – a game in which Betts also played. 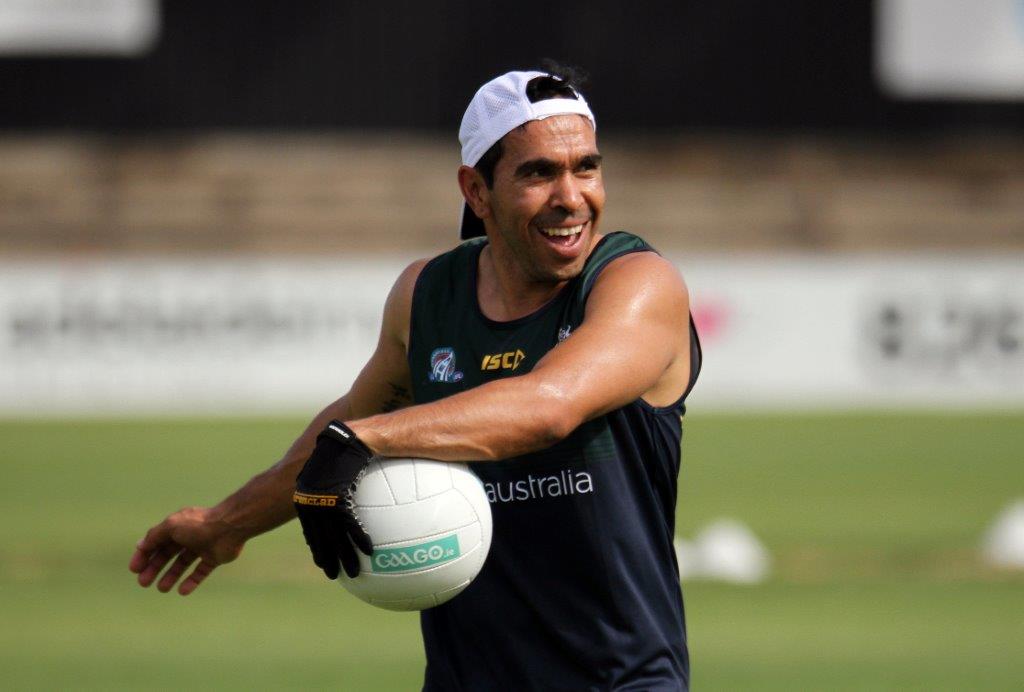 Doecke said he was pleased for the fillip the Crow’s star-power gave the local comp.

“Sometimes it’s strange where we get people from… being everyone’s second or third sport it’s always pretty hard to attract [players]… but Wednesday night was a good night for Gaelic footy in SA.”

But the visiting Irish side has embraced the local league, visiting training today after a welcome reception at Adelaide’s Irish Club last night.

“It was a good night,” Doecke said.

“From what I can see they’ve come to play – they’re a fit young team.

“It will be interesting to see how it plays out.”