Redmayne this morning danced his way into Australian sporting folklore as the unlikeliest of heroes in the Socceroos’ World Cup triumph over Peru at Doha’s Ahmad bin Ali Stadium.

Thrust into the fray in the dying minutes of the sudden-death encounter with the score locked at 0-0, the bearded Sydney FC shot-stopper was the star of the penalty shootout that sent Australia to a fifth-straight World Cup finals.

The decision by coach Graham Arnold had been hatched a long time prior to their intercontinental play-offs, with even the team’s skipper, Ryan, kept out of the loop.

“It’s a plan that was floated a month to six weeks ago and I probably didn’t think it would end this way,” Redmayne said.

“The longer the camp went on the more comfortable I felt with this scenario.

“I don’t think any of the players knew about it, a few clocked on at halftime because I went through a few drills to keep the eye in.

“Maty was full of support coming off and then just before penalties as well, he was pumping me up and getting me ready.

“Even at full-time (of extra-time) when we were in a huddle he said: ‘you’ve got this mate, this is all you’. He was nothing but supportive, he’s an absolute legend.”

Redmayne reprised the Wiggles-style dance moves that he displayed in the 2019 A-League grand final win over Perth by saving the decisive penalty from Alex Valera.

His flailing arms had forced an earlier strike from Luis Advincula to hit the post, bringing Australia back into contention after Martin Boyle opened the shootout with a miss.

“They (Peru) would have prepared all week thinking Maty was going to be in goals,” Redmayne said.

“To put me on would have thrown them a little bit.

“I spoke to a couple of players in our cohort and they said it would have rattled them having a different goalkeeper come on.” 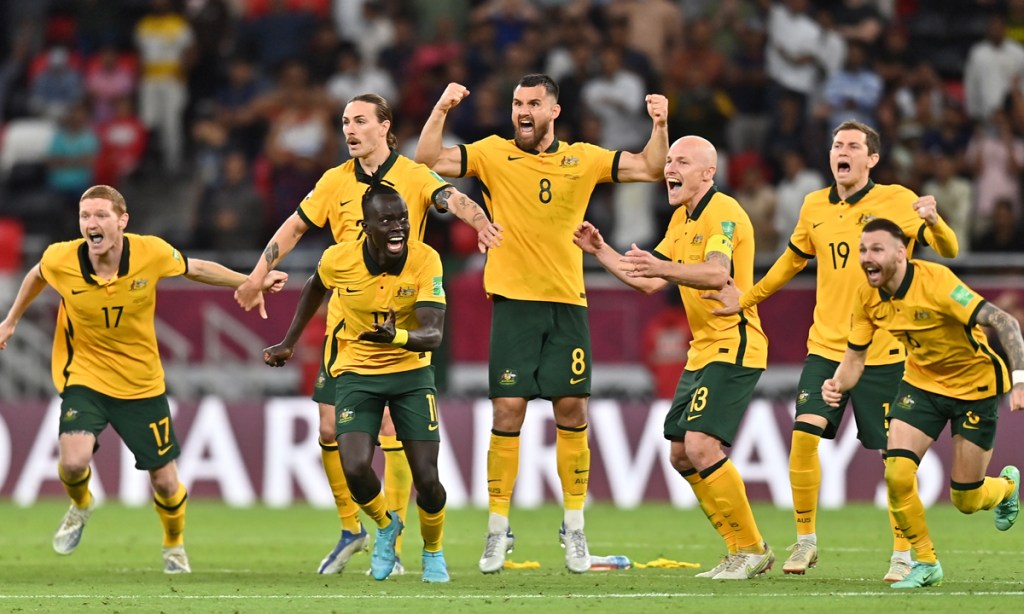 After Valera’s miss, Redmayne pointed to his Socceroos teammates before standing still with his hands on his thighs and his mouth ajar in astonishment.

The moment has spawned an internet meme that has gone viral.

Redmayne claimed it wasn’t his intention to do so, however, revealing that he acted on the advice of Slovenian referee Slavko Vincic.

“He said on the last two penalties: ‘if you save this, then you win’. That’s kind of how it hit home,” Redmayne added.