This love launched him to the pinnacle of the sport, where he took 259 wickets in 71 Tests and famously scored an unbeaten 201 with the bat in his final match for Australia in 2006.

Gillespie’s coaching career over the past decade has also brought success in roles spanning four continents.

But despite his significant contributions to the game across four decades, the former right-arm paceman is still surprised by the SA Sport Hall of Fame accolade, to be awarded at a black-tie event later this year.

“Being my home state it’s fantastic and it genuinely caught me off guard – I had no inkling that this type of honour would be bestowed so I’m very grateful and it’s totally unexpected,” Gillespie told InDaily.

Gillespie was born in Sydney and first played cricket for a local club in the southern suburbs there before moving to Adelaide with his family at age 10.

“I’ve always enjoyed batting and I prided myself on my batting but being a fast bowler was the one thing I really wanted to do.

“In junior cricket, you tend to do a bit of everything and I had some injuries through growing pains as a teenager so I did play a season as a batsman but I think deep down I always loved bowling and I loved trying to bowl fast.”

Gillespie made his Sheffield Shield debut for South Australia as a 19-year-old in 1994 and played his first Test for Australia in 1996, aged 21. 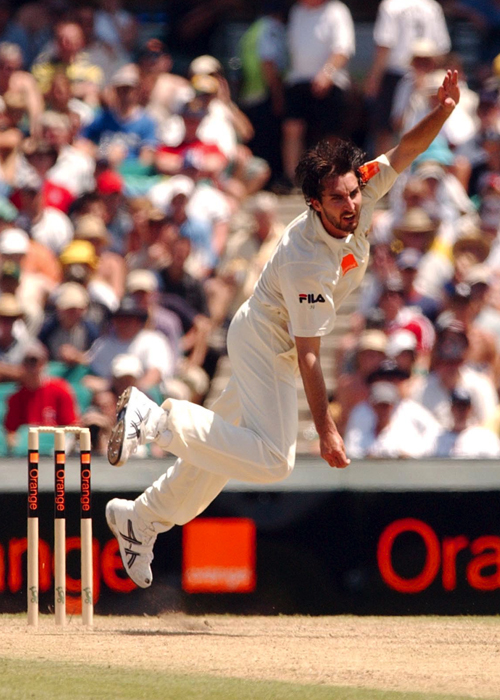 Gillespie in action in the 2002 Ashes at the SCG. Picture: Dean Lewins/AAP

He was a member of Australia’s infamous Fast Bowlers’ Cartel and, along with Glenn McGrath, Brett Lee and Michael Kasprowicz, terrorised batsmen the world over during a golden era of Australian cricket in the late 1990s and early 2000s.

“To play with legends of the game and being able to say I was part of that group of bowlers that helped Australia win games of cricket was pretty special,” Gillespie recalls.

Gillespie took five wickets in a Test innings five times and returned his best bowling figures of 7/37 against England at Leeds in the 1997 Ashes series.

But a sickening on-field collision with Australian captain Steve Waugh in Sri Lanka in September 1999, which resulted in a broken nose for Waugh and a broken leg for Gillespie, almost cut short his career.

The injury forced Gillespie to miss most of the 1999-2000 Sheffield Shield season with South Australia and he did not return to the test side until December 2000.

“I played some club cricket (with Adelaide) from Christmas time and then got back into the shield side for the last two games of the season,” he said.

Gillespie, 46, is a descendant of the Kamilaroi people and is the first Aboriginal man to play cricket for Australia.

While noted as Australia’s ninth-highest all-time Test wicket-taker, he will also be remembered for some of his batting performances.

Nicknamed ‘Dizzy’, after American jazz trumpeter Dizzy Gillespie, he teamed up with McGrath for a 114-run 10th wicket partnership against New Zealand in 2004 in which they both scored their maiden Test half-centuries.

Gillespie was dropped from the Test side during the 2005 Ashes but recalled for a tour of Bangladesh in 2006, which turned out to be his last.

Coming in as a night watchman at No.3 in the second Test in Chattogram, Gillespie made 201 not out, bringing up the milestone on his 31st birthday.

It is still the highest Test score by a night watchman and along with first-innings bowling figures of 3/11 led to Gillespie being named man of the match and player of the series.

It also turned out to be Gillespie’s last Test match for Australia.

“I got dropped the year before and I had gone to Bangladesh as a replacement player so I knew my place and that my comeback into the Australian side would probably be short-lived,” he said.

“I’d never scored a hundred in any form of the game so to then go and get 200 was a bit of a fairy tale really.

“We won the test, we won the series and it was a good way to sign off and to be able to lead the team song in my final game, score a few runs and take a few wickets was nice.

“It’s been a good sportsman’s night story to dish out over the years and I have a bit of fun with it.”

The former Cabra Dominican College student continued to play for South Australia until 2008 and also played County Cricket in England for Yorkshire and Glamorgan. 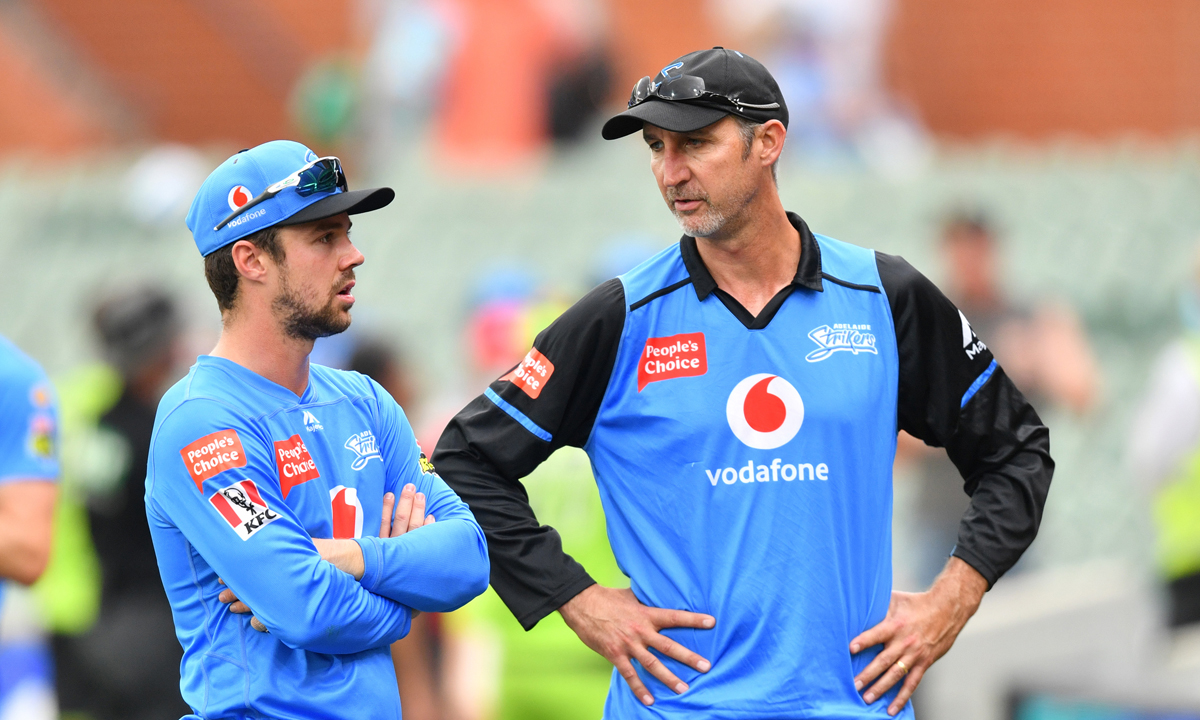 Gillespie was encouraged to look into coaching during his last year of county cricket in 2008 and moved his young family to Zimbabwe to take up a coaching role with the Mid West Rhinos in 2010.

“The chance to go to Zimbabwe was something that I decided to take and it was probably one of the best decisions I’ve made in my professional life,” he said.

“It was hard, it was a challenge but I loved every minute of it and it gave me some perspective on coaching, how to manage people and on life.

“Taking the family to the middle of Africa really took me out of my comfort zone but it was an amazing experience that’s for sure.”

In 2012, he started coaching Yorkshire in England and helped the side win promotion from Division Two to the County Championship in his first season.

In his second year, Yorkshire were runners-up before winning the title in 2014 and 2015 and narrowly missing out on a three-peat in 2016.

Gillespie has also had coaching jobs in the India Premier League, with English County Club Sussex and as interim coach of Papua New Guinea in 2017.

Gillespie was appointed coach of South Australia’s Sheffield Shield side last year and lives with his wife Anna and their children in the sleepy Fleurieu Peninsula town of Normanville.

“I genuinely wouldn’t want to be anywhere else.

“I’ve loved the other coaching opportunities I’ve had coaching around the world but when you’re in the middle of a pandemic, you want to be close to family and friends – you want your family to be safe and we’re about as safe as we can possibly be.”

Like his style of play on the field, Gillespie’s goals as a coach are uncomplicated.

“I want to help players get better and help develop our coaches and we want to win games of cricket and trophies.

“For me, it is as simple as that and if I can play some small part in any of that then I’ll feel that I’ve done my job.”

All of the South Australian Sport SA Hall of Fame inductees for 2021 will be announced in InDaily over the coming weeks.

A black-tie Hall of Fame induction event will be held in the coming weeks, with details to be confirmed dependent on the COVID situation.