The Australian Track Endurance teams travelled down to Mt Gambier for the 84th running of the 100 Mile Classic on Saturday to put some kilometres in the legs in the run-up to the Tokyo Olympics. They fought hard, not just against the huge lineup of riders but also some wintry weather.

Jason Buckland reported from the event that the men’s Lush Desserts 100 Mile Classic was won by Kell O’Brien in a time of 3:26:16, beating the previous record by 3 minutes and 9 seconds. Riding in the final bunch to leave, O’Brien powered through the rest of the field on the return from Port MacDonnell. Breaking away with teammate Luke Plapp close to the finish line, they were far enough ahead to enjoy a victory salute. Leigh Howard rounded out the podium.

In the 111km Women’s Classic, a trio of riders stole away from the others in the final bunch, enjoying about a 1 minute gap on them as they arrived into the city limits. Alexandra Manly won the race in a new course record of 3:28:7, outsprinting Ruby Roseman Gannon and Eloise Sandow.

The Seaford Boardriders finished up in 7th place out of Australia’s top 24 Clubs at the nudiejuice Australian Boardriders Battle on the weekend at “a cooking Newcastle Main Beach” in NSW. The placing was deemed a “massive achievement against some really strong clubs and big name surfers” by the folks at Surfing SA.

Adelaide will play host to Australia’s Olympic and Paralympic rowing and canoeing stars next month at West Lakes as part of a series of events showcasing these outdoor water sports.

Two rowing events and one canoe sprint event will be held in May and June, including two national championships and the Rowing Australia World Cup replica event – the last competition before the rowers head to the Tokyo Olympic Games.

Woodville defeated Burnside 15-2 on the weekend, with former Australian rep Stefan Guerin bagging 4 goals. Woodville dominated throughout the four quarters, scoring 4 in the first, third and fourth while being kept to 3 in the second. Burnside was only able to manage a goal a quarter in the first half.

Eagles defeated Glenelg 8-3 in a game that saw points scored in all quarters but Glenelg never looking to threaten the scoreline.

Burnside walloped Sturt 17-4, while the North Eagles got past the usually strong Glenelg 15-9 by holding them to 1 goal in quarter 3 while scoring 5 of their own. Brighton had a bye.

The 2021 Vogalonga Down Unda was held on Sunday in Goolwa. Although not a competitive sport, a fleet of all sorts of human-powered boats started from the Goolwa Aquatic Club and rowed and paddled to the Hindmarsh Island bridge and then up to Currency Creek and back. Made famous in Venice, the second annual Vogalonga is open to row sculls, tinnies, wooden dinghies, English skiffs, Irish currachs, paddle kayaks, canoes, dragon boats  – so long as the craft is human-powered. 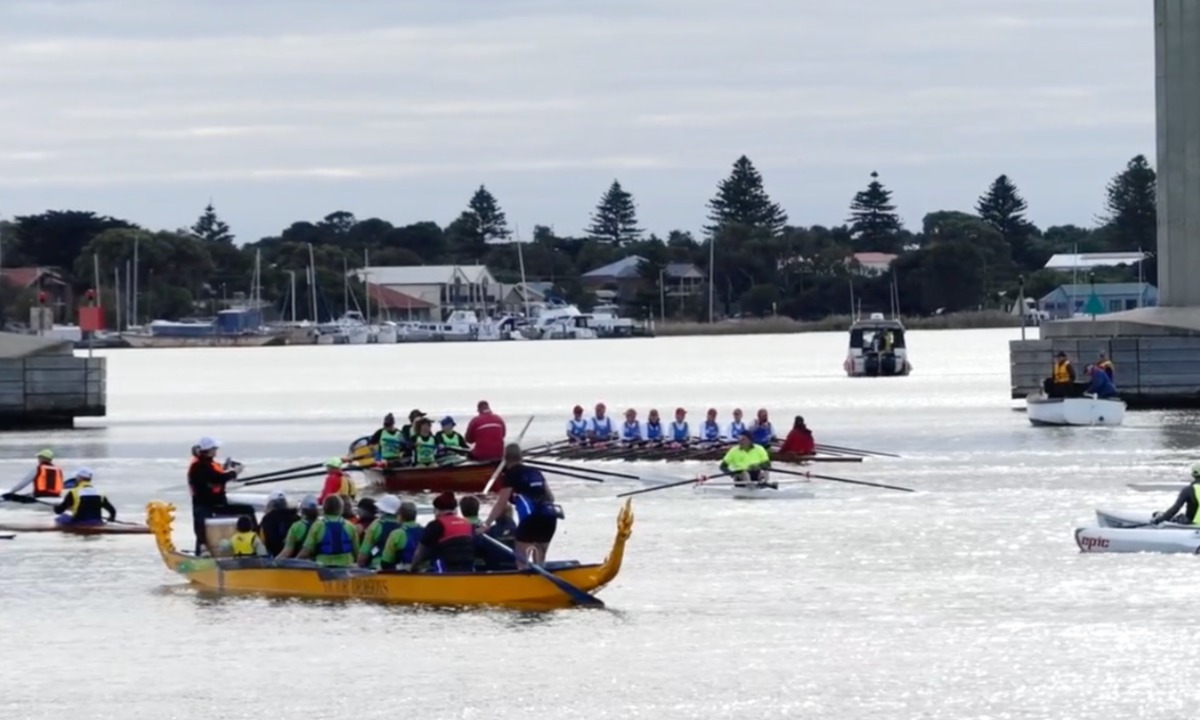 Get in quick for tickets as the Adelaide Roller Derby continues the 2021 season at Adelaide Showground, with Road Train Rollers taking on the Salty Dolls on Saturday, May 29th, in what will be a nail-biter of a match. These two teams have a history of games coming down to a margin of just one or two points.

The Road Train Rollers are coming off the back of a massive victory against Wild Hearses in the season-opening match but will need to be careful against the underdogs Salty Dolls who lost to Mile Die Club.