Everything went to script as favourite Shi Tingmao grabbed her second gold of the Rio program, becoming only the third person to nab the 3m and 3m synchro titles at a Games.

But there was a surprise.

Chinese diving legend Qin Kai – a two-time Olympic men’s 3m synchro champ – popped the question to silver medallist He Zi as she stepped off the podium in front of a packed Maria Lenk Aquatics Centre crowd.

He got down on one knee and seemed to speak for an eternity before finally offering a ring.

The huge crowd hushed as He considered the request.

“She is one my best friends, it actually made me cry,” Australia’s China-born, Sydney-based Esther Qin said.

Asked what China’s Qin Kai said during his long proposal, He said: “He made a lot of promises.

“But I thought ‘this is the guy I can trust for the rest of my life’.”

The venue needed a feel-good story. 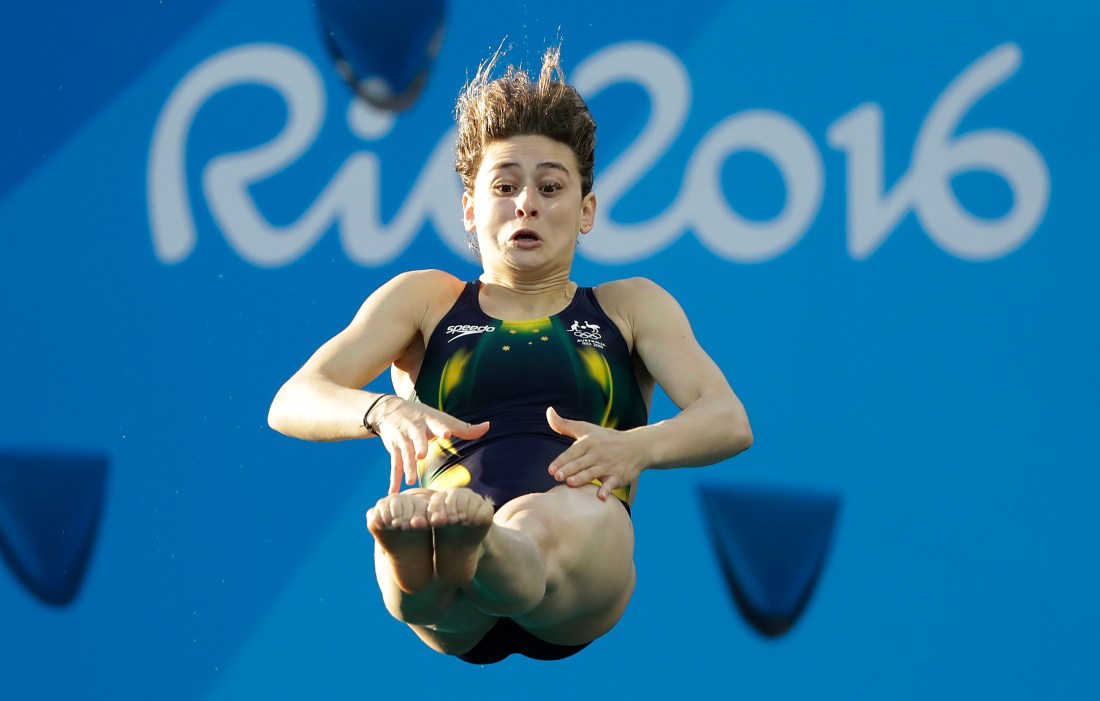 Organisers have been left embarrassed after the pool turned green with algae on Tuesday.

They were forced to drain the adjacent main pool and refill it overnight to ensure clear water for the start of Sunday’s synchronised swimming.

The venue has been dubbed “The Swamp” by competitors.

Organisers insist there are no health risks for competitors.

“I am a bit worried about the sanitary conditions – I hope they fix it soon,” Italy’s bronze medallist Tania Cagnotto said.

Keeney admitted China’s dominance ensured the rest of the field were diving for bronze.

“The Chinese girls are pretty much unbeatable,” she said.