The world No.1 spoke about the offer in the wake of allegations about widespread corruption at the top levels of tennis.

A joint BBC-BuzzFeed investigation says current and past top-50 players, including several at this month’s Australian Open, are suspected match-fixers.

“I was approached through people that were working with me at that time, that were with my team,” Djokovic told reporters after his first round victory at the Australian Open. 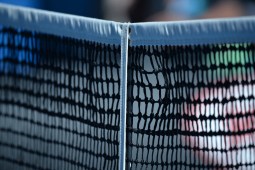 “Of course, we threw it away right away.

Djokovic said there was no room for match-fixing in any sport, and especially in tennis.

“It made me feel terrible because I don’t want to be anyhow linked to this,” Djokovic said.

“Somebody may call it an opportunity. For me, that’s an act of unsportsmanship, a crime in sport honestly.”

Roger Federer called for the players involved to be named, adding until they were, the allegations were pure speculation.

“Then at least it’s concrete stuff and you can actually debate about it,” Federer said.

Tennis authorities on Monday rejected any suggestion information relating to match-fixing had been suppressed.