With such a busy schedule, just being in Adelaide to oversee the sale of his luxurious St Georges home is a challenge for Shannon Aistrope.

Shannon wears many hats – he is a professional caddie for pro golfer Jason Norris, who won the Fiji International tournament last year. He also works as a paramedic and owns two Nike stores in Adelaide.

“Just finding the opportunity to be here is tough as we have the Australian Open, the Hong Kong Open and the Australian PGA all coming up,” says Shannon.

He and partner Kellie Hapek had the upmarket four bedroom, two bathroom home built by Klemm Homes. The property, at 46 Wootoona Tce, is 543 square metres, and is high end in all respects, including the Bespoke Kitchen, top of the range Miele appliances and the huge Rigoni chandelier in the entrance hall. The home also features a lift. 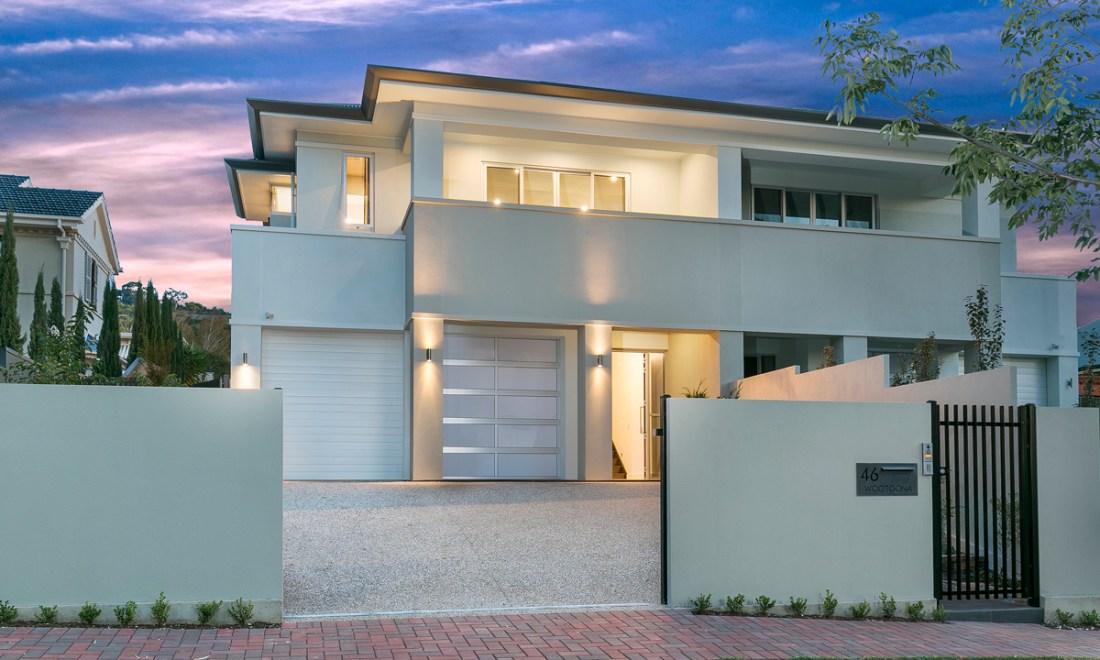 Shannon says what he truly values is the home’s security.

“If I’m travelling I know I can just lock it up and close the security gates,” says Shannon. “Everything in this home is automated, so it’s very low maintenance.”

But with two young boys, Shannon says they are looking to expand and will do another new build next year.

The St Georges home will be open next weekend (November 10) and is being handled through Tim Thredgold at Toop & Toop.

Look for it on the Toop website mid next week.

An historic Aldgate mansion that hasn’t been on the market since 1972 will be available for inspection by appointment from this weekend.

Sited on 11 acres, “Wairoa” and the surrounding gardens are heritage-listed and the home is one of the last “summer residence” Victorian estates.

It was first owned by William Austin Horn, and was later purchased by the Barr Smith family as their summer home and boasted a tennis court, bowling green and croquet lawn.

After one more private ownership the grand old building and surrounds served as the campus for the independent Marbury School up until 2004.

The property is currently owned by two couples, Richard and Wendy Bray, and Ian and Kirsty Dodd, who live in other adjacent houses – there are seven houses all up, one of which was sold off to the current Montessori school.

“There are 33 acres altogether but we have received approval for a boundary realignment and are selling off the old house and the botanic gardens which totals 11 acres,” says Richard, a chartered accountant.

“When Marbury School operated, the headmistress was Kirsty’s mum and Kirsty moved in in 1972. Ian’s Dad was the co-head of the school, so they both have a long association with the place. Wendy and I have only been owners for 15 years. But we are all avid gardeners and Wendy and Kirsty have particularly devoted a lot of time to the garden.

“Between us we have eight children, two of whom live on site, but no-one wanted to take on the old house so we have decided to sell. It would be a big project but it’s a beautiful home that is structurally very sound.”

With 15-foot ceilings and up to 10 bedrooms, the two-storey home features multiple wings, some that were dedicated to servants and nannies, more than 30 rooms, original William Morris drapes and wallpaper and a guest house.

The home is zoned for both residential and commercial purposes. 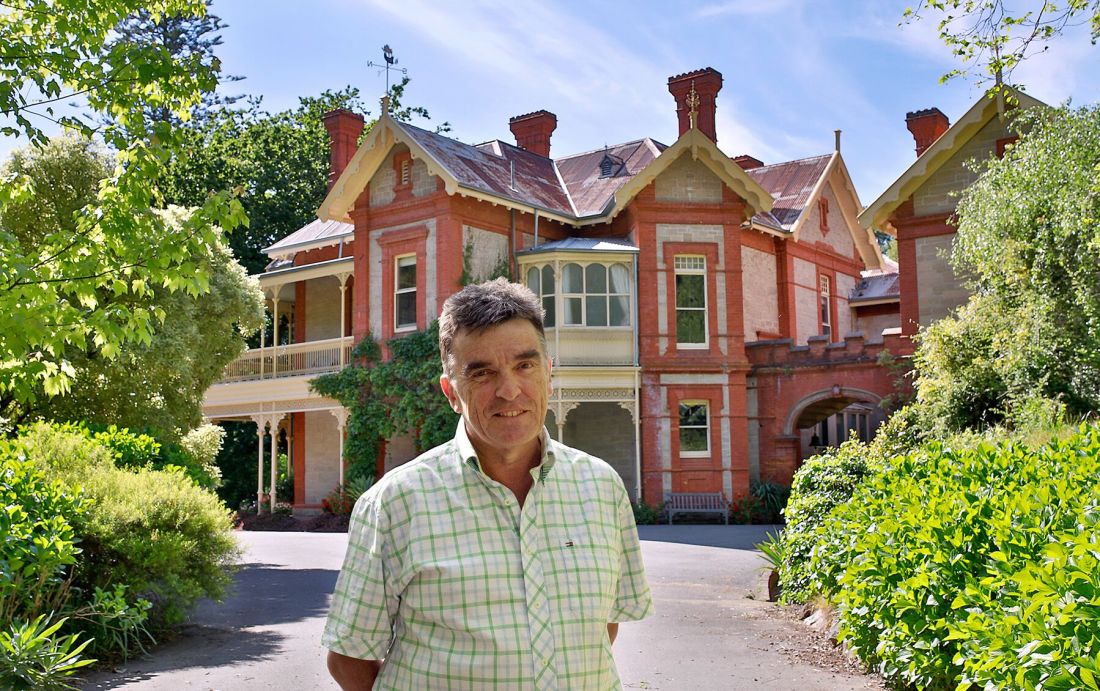 The sale is being handled by Harris Real Estate agent Arabella Hooper. Best offers by 12pm Friday, November 30, unless sold prior.

A stunning family home in Glenelg North with tennis court and pool is attracting a lot of interest since hitting the market last weekend.

The home at 20 Elm Terrace is a landmark property in the area and was built in the early ’60s by builder Wilf McGlasson as his family home. McGlasson built many of the homes in the area during the ‘50s and ‘60s says current owner Andrew Hodge.

Andrew and wife Jill, who both work in finance, bought the home 21 years ago and undertook an architecturally designed renovation 15 years ago. Now that their three daughters have moved out, it’s time to move on. The couple has a block overlooking Glenelg Golf Course and will build a smaller home with Regent Homes.

The Elm Terrace property sits on 1801 square metres and boasts expansive entertaining areas, big bedrooms and a separate dwelling that can be used as a granny flat or pool room. Andrew and Jill have been using it as an Airbnb and have had guests from all over the world stay.

“They just don’t build them like this any more,” Andrew says.

The home is for sale through Harcourts Williams’ agent Mark Goldsworthy. 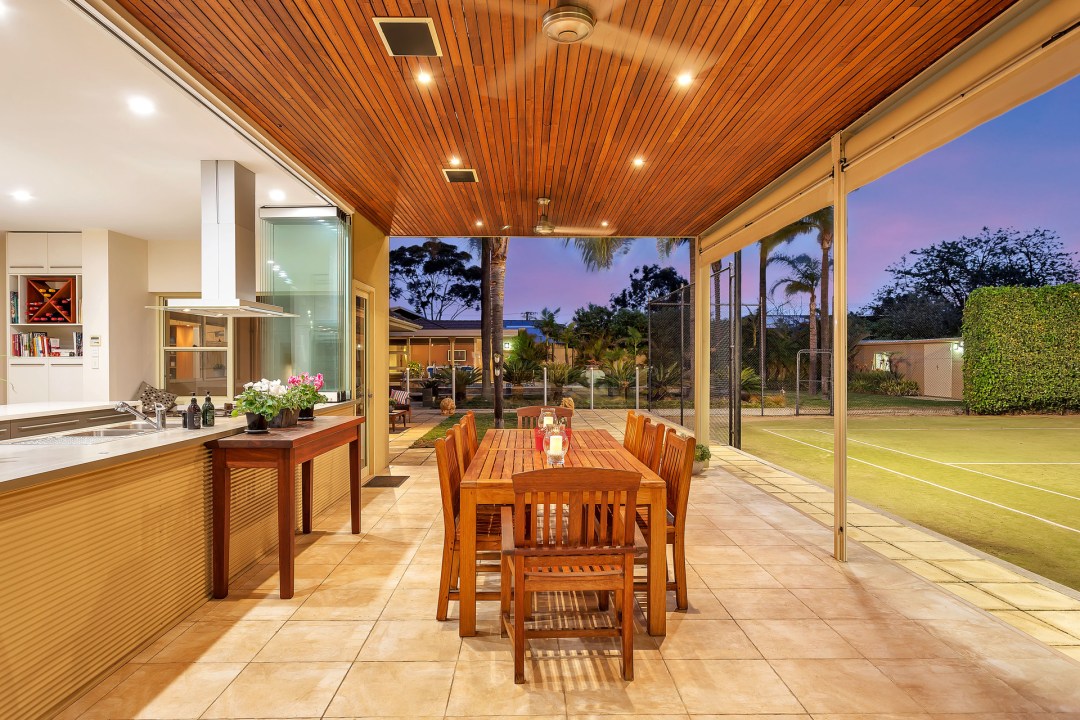 EXPLORE A GALLERY OF IMAGES HERE. 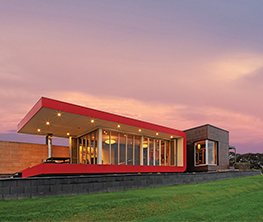 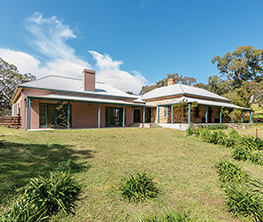 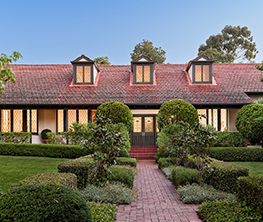 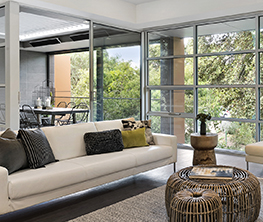 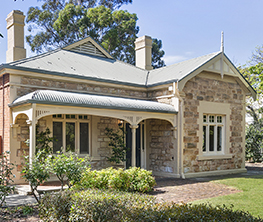 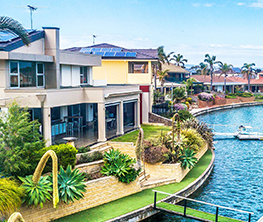 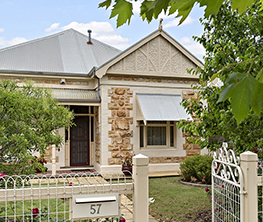 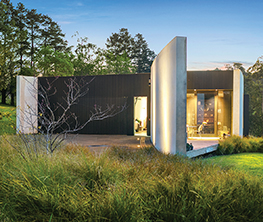