While the Labor Government was this week fending off internal revolts over its handling of contentious workers’ compensation changes and choice of candidate for the Bragg by-election, Liberal leader David Speirs was quietly (and then not-so-quietly) going about making history.

While the recent (and not-so-recent) SA Liberal past has been a generally unhappy affair, his achievement this week – while not broadly recognised as such – is significant.

In fact, if the Libs somehow defy expectation and convention, work together and promote a competent, cohesive alternative that finds its way back into government in the next four to eight years, this week might well have been the first crucial step in that process.

For Speirs this week became the first Liberal leader in a generation or more to be faced with a potential messy challenge by a conservative independent, and to deal with it.

Moreover, to deal with it diplomatically, and in a way that potentially improves the party.

Retaining the seat is still no sure thing; but it’s significantly surer than it was this time last week.

Sure, the traditional method of unnecessarily pissing off potential conservative independent challengers, or loftily ignoring them, such that they not only defeat incumbent Liberals in nominally safe seats but wind up holding the balance of power and backing more politically-savvy Labor governments – that was fun too.

But Speirs has cannily hit on a clever alternative tack: namely, not unnecessarily pissing off potential conservative independent challengers, or loftily ignoring them, such that they not only defeat incumbent Liberals in nominally safe seats but wind up holding the balance of power and backing more politically-savvy Labor governments. 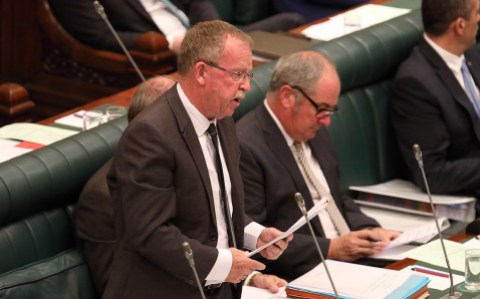 For make no mistake, party powerbrokers were quaking at the prospect of media-savvy ex-Liberal staffer and whistle-blower against alleged sexual assault Chelsey Potter running a polished independent campaign in Bragg and – unlikely as it was – defeating the predictable pick of the local branch. The same branch that pointedly ignored pleas by senior moderates to help solve the party’s ‘woman problem’ (that said senior moderates had been complicit in perpetuating over several years) by preselecting one of the two female nominees.

Instead, the members chose Jack Batty: lawyer, former staffer, veteran of the cut-throat world of university politics and, most notably, Not A Woman. 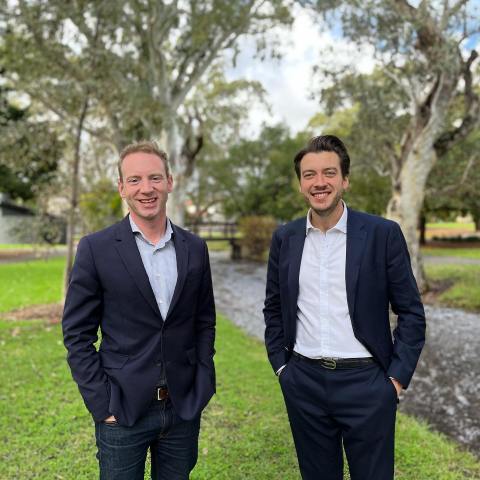 There was, and is, plenty of water to go under the proverbial bridge in Bragg, but the looming candidacy of Potter – who, to add further spice to the contest, is also the former wife of current Deputy Opposition Leader John Gardner who holds the neighbouring seat of Morialta – had all the hallmarks of becoming the latest in a long line of Liberal own-goals.

Own-goals such as Mitch Williams, who quit the party to stand as an independent against former leader Dale Baker in 1997, defeating him with Labor preferences after a backlash over water policy.

The damage was not mortal, as Williams rejoined the party two years later, later serving as its deputy leader – however, just a year after he returned to the fold, former moderate-aligned minister Bob Such went to the crossbench after a series of slights and disputes culminated in a hijack on his preselection.

He was followed by maverick Peter Lewis – whose vote ended up sending the Liberals into Opposition for 16 years.

In that time, the party failed to court conservative crossbenchers Karlene Maywald and Rory McEwen, both of whom ended up in the Rann Labor ministry – and, unforgivably, failed to at least capitalise on the latter’s ALP dalliance by winning back his seat, which fell again to independent Don Pegler when McEwen retired.

And then, when they did finally win it back, it lasted just three years before backbencher Troy Bell quit the party after being charged with misappropriating public funds, following an ICAC investigation.

In the meantime, an ill-timed retirement by former Premier Rob Kerin saw popular Port Pirie mayor Geoff Brock sneak into his seat of Frome at an unnecessary by-election (sound familiar?), and remain in parliament for the next thirteen years (and counting).

In that time, he’s served in two Labor cabinets, and he and Such briefly held the balance of power that kept the Liberals out of office in 2014 – with Such ultimately cruelly denied his most influential term in parliament through a shock brain tumour diagnosis, which ultimately took his life later that year.

Labor won his seat at a subsequent by-election by a mere nine votes – following a three-cornered contest in which previously-anonymous independent Dan ‘Woody’ Woodyatt garnered almost 30 per cent of the primary vote, fuelled by the enthusiastic backing of Such’s widow Lyn – so incensed was she at her late husband’s continued ill-treatment by the party he once represented.

Plenty of evidence, then, that it’s worth treating Liberal independents with kid-gloves.

Despite all these lessons from party history, rather than keep Bell in the tent (or even retain cordial relations) the eventual Marshall government maintained a sneering distance – the same treatment it meted out to Narungga MP Fraser Ellis, who desperately sought Liberal endorsement after exiling himself to the crossbench charged with wrongly claiming accommodation entitlements.

Instead, the party gave him the silent treatment before running an eleventh-hour candidate against him.

Ellis retained the seat easily – though not as easily as Speaker Dan Cregan in Kavel, where he ran as an independent after a falling-out with the moderate faction.

So, to sum it all up succinctly: the Liberal Party has a long track record of being shithouse at dealing with independents who should really be Liberals.

In which context, Speirs’ achievement this week – in persuading yet another independent who should really be a Liberal to actually be a Liberal – isn’t so much a coup as an epochal milestone.

Even the friendliest of the historical Liberal independents – former deputy leader Mitch Williams – is scathing of his party’s record.

He tells me the way it dealt with Bell and Ellis was “just ridiculous”, and says both the state and federal elections show the party has made itself “unelectable”, particularly in those supposedly safe regional areas that should be its heartland.

His fear for the party going forward is that many who remain in parliament “still don’t understand what happened” at the polls – publicly blaming COVID and a public backlash to the government’s response.

Rather, he tells me, “the Marshall Liberal Government had lost that election in its first 12 to 18 months” in office.

He says the sentiment the government stoked was similar to that which saw him first elected as an independent in 1997: “We’d had a Liberal government for a term, and people – in the country at least – couldn’t discern any difference.”

That’s the reality that last year fuelled a Right-faction backlash wherein prominent conservatives signed up an influx of new members – many of them from evangelical Christian church communities.

In the meantime, the moderate faction that oversaw all this mayhem retains the overwhelming number of votes in the state party-room – with Speirs effectively leading at their whim.

It’s a delicate tightrope to traverse, but at least in his first few weeks, Speirs has shown himself easily the most capable person in the historically fractious party-room to manage the task.

In Government, as a reporter I barely heard back from him – certainly, when I sought comment about his now-infamous speech to the Southland Church congregation (which dovetailed into the peak of the Right’s recruitment drive, despite the then-Environment Minister having no specific involvement in that exercise at all), I was met with complete silence.

But that wasn’t atypical from the Marshall Government’s ministers – or much of its media unit, come to that.

Most of the media seemed to many of them an inconvenience at best, if not an outright annoyance – an impediment to be, like many a Liberal-minded independent, loftily ignored.

As Opposition Leader, however, Speirs has been readily available to all media. And – apart from one occasion, in which he bizarrely played down a rift with Vickie Chapman despite her having pointedly upstaged him on the very day he was elected as leader – he’s been generally refreshingly frank in his public statements. Almost Bulworth-like, but thankfully without the rapping.

Unlike Marshall – who regularly ceded his seat on the Liberal executive to Treasurer Rob Lucas, and met questions about the broader party with the familiar refrain that it wasn’t a matter for him – Speirs is also understood to have taken a firm hand in the party’s internal processes – a long-overdue appreciation perhaps that leadership is required in both the administrative and parliamentary wings.

But his willingness this week to personally argue, cajole and/or negotiate with Potter, talking her down from an independent bid that could have seen the party lose its most prized metro seat – with who knows what consequences at future elections – is the surest sign yet that the Libs have at least got one thing right amid their recent disastrous malaise.

They’ve chosen the right person to lead them out of it.