Is it a coincidence, or does there seem to be an uptick in defamation suits being commenced by Australian politicians?

The question raises interesting considerations not only about defamation laws in Australia, but our attitude toward freedom of expression in this country, and whether politicians should just ‘wear it’, or prosecute the rights that they have in defamation law like any other citizen.

One country stands out for all the wrong reasons when it comes to the use of civil defamation laws by politicians, and that is Singapore.

Singapore is a democracy, however, it has in practice had only one-party rule for the whole of its independence. There is more than a hint in Singapore that its ruling party has far too much influence given it is responsible for most public appointments, including the judiciary. The government in Singapore does not easily brook criticism, and that has resulted in a long history of politicians using civil proceedings and defamation law to silence opponents.

The tactic has involved deep-pocketing defendants, and if damages or costs are awarded against a defendant, forcing that person into personal bankruptcy if they are unable to pay. In turn, that has serious consequences for a person carrying on business or seeking to enter parliament. The intention was to use civil law to attempt to intimidate and silence opposition and dissident voices, and it worked.

Of course, there is no suggestion that Australia is heading down that path. Nonetheless, there are a surprising number of recent defamation actions by politicians. We’ve heard much of the defamation action brought and now settled by Christian Porter. In addition to that, Defence Minister Peter Dutton also has proceedings afoot against human rights activist Shane Bazzi for an allegedly defamatory tweet.

These actions are on the back of defamation proceedings taken by former ALP MP Emma Husar against Buzzfeed which was settled out of court; former Liberal MP Sophie Mirabella who successfully sued local paper the Benalla Ensign, receiving $175,000 in damages and indemnity costs; and Greens Senator Sarah Hanson-Young who successfully sued David Leyonhjelm, a former Senator, including defending an unsuccessful appeal by Mr Leyonhjelm to hang on to the $120,000 assessment of damages awarded to her by the original trial court. Our former Premier Jay Weatherill sued the South Australian branch of the Liberal Party in 2015 for defamation arising from some advertising, which resulted in an apology.

So from a traditional starting point that politicians don’t tend to sue for defamation, we have come quite a long way. Can we go so far as to say that defamation proceedings are in any way being weaponised by politicians in Australia?

The answer in law is that politicians have exactly the same rights as any Australian when it comes to defamation, and among some of the actions that have been brought there have been some pretty egregious defamatory comments and publications.

Is, then, the media being less responsible with the truth? Some of these actions have not involved the news media, but rather individuals. The nature and types of publication available is very different to 10 or 15 years ago. The many and varied forms of social media and the breadth of electronic publication is staggering. There is much more opportunity to identify a person defamed and many more avenues by which publication occurs.

While it is difficult to mount an argument that parliamentarians are not entitled to avail themselves of civil remedies including action in defamation, there does appear to be a shift to politicians using the courts much more than in the past. Maybe they are sick and tired of the constancy of the untruthfulness in our present society, and the accompanying disrespect. Whatever the cause, it looks to be a trend that will continue. 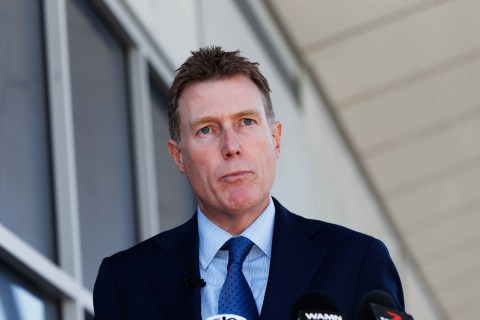 Media often complain that defamation laws in Australia are stifling their ability to publish in the public interest. They are not alone in calling for a reform of defamation laws argued to be tilted in favour of a plaintiff. Should we then have any concern about what these defamation actions may do to our freedom of expression, or might it rather encourage greater respect and accuracy in public debate? Will it bring about any chilling in public reporting or public discussion? Right now, the ABC is torn about whether its flagship investigative programme Four Corners should publish a story purportedly associating our Prime Minister with a QAnon member or sympathiser, an allegation strenuously denied by the PM.

The United States is an interesting comparison. Such is that country’s adherence to its constitutional right of freedom of expression that it is much, much harder to successfully sue for defamation. Although state laws differ across the US, the First Amendment has resulted in a much less benign environment for plaintiffs who seek a remedy by way of defamation.

The result is that actions are less frequently prosecuted. There is a greater commitment to freedom of expression even though that may lead to defamatory imputations being published that would be actionable in jurisdictions like Australia. It is a system that tends to rely more on accepting that a majority of people will recognise nonsense as nonsense.

The ability to express ourselves freely is one of the most important underpinnings of a free society. It will always come with limitations, but those must be a light touch or we lose an ability to publish and speak freely for fear of recrimination. The historical inability of opposition figures to confidently speak out in Singapore, and the corresponding erosion of true democratic principles in that country, is not to be admired.

In Australia, one is entitled to use law to seek civil remedies, and parliamentarians are as entitled as anyone. Politics is the toughest game of all, and traditionally politicians have just ‘worn it’, but public discourse has become ruder, and more divisive, and one can sympathise with parliamentarians.

However, it is likely time to reconsider our laws of defamation. Defamation law in this country should never exist at the cost of stifling our freedom of expression. It should never prevent fair comment and honest opinion, and it should recognise that the public has an ability to work out what is nonsense and what is not, most of the time. We don’t always need a court when we have the court of public opinion.

The uniform Defamation Acts were originally enacted across Australian jurisdictions in 2005. In 2020, there were some significant and largely welcome amendments; however, there has been 16 years of technological and communication revolution since the law was first adopted. The standards we hold politicians to have also changed. It may be a good juncture to ask ourselves afresh what we want from our defamation laws.

There is also a role for educators, because our defamation laws are one of the least understood bodies laws in our country. Like civics, the basis for our laws should form part of our secondary syllabi.

As to reform, there is always a balance to be struck between the ability to seek remedies for an individual grievance versus what may be in the broader public interest. But as parliamentarians are now reaching for the courts more and more, it may be the balance needs to be re-weighted in favour of the public hearing what might offend an individual in order to let us make up our minds on a subject.

The public has a right to know things, and a responsible press is often the only way we ever will. That does not excuse irresponsible press, but is defamation law really the only answer to that?

He is a regular columnist for InDaily on legal issues.