The past week has seen the resignations of three Liberal ministers, the Upper House president and the Government whip in the Lower House.

That, by any measure, is a bad week in politics.

And yet, there’s every chance Steven Marshall is still riding high in voters’ esteem, particularly when one considers that the coronavirus pandemic remains the single most resonant issue in the public mind – and one only need compare South Australia’s performance with that of Victoria to appreciate why our Premier would remain in good standing.

But in coming weeks, months and years, the (hopefully) short-term public health crisis will be usurped in significance by the longer-term economic recovery.

And we already know that within less than two years the man currently overseeing that will be joining the Liberal exit queue.

So here, today, I’m making what (at least to the man himself, no doubt) may be my most controversial statement of 2020: for the good of South Australia, Rob Lucas must postpone his retirement. 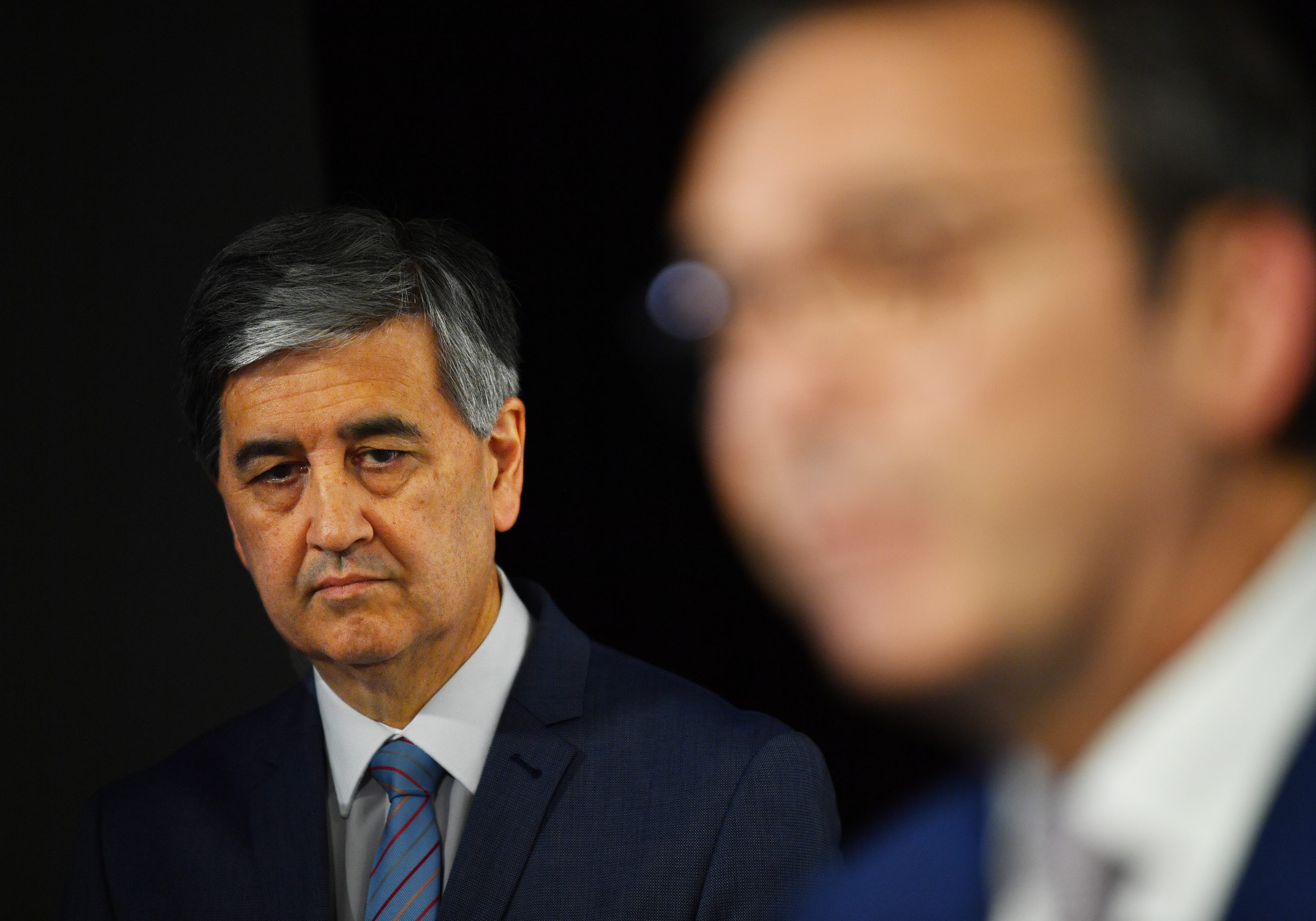 Rob Lucas is fading into the political background – just when he is most needed. Photo: David Mariuz / AAP

In fact, if he hasn’t already, Marshall should be begging him to rethink his planned farewell, and every candidate recently elected to the Liberal Legislative Council ticket for the next election should consider it their civic duty to stand aside to give their party’s elder statesman another stint at the Treasury helm.

And if the Government is not returned, he can quietly step aside with a casual vacancy already lined up to take his seat.

All of which is not to say his tenure’s been an unqualified success.

Indeed, last year’s land tax caper – which began as an ill-considered cash grab and turned into a prolonged and expensive exercise in stubborn diplomacy – was very much Lucas’s baby.

And while the diabolical state of SA’s balance sheet on budget day will be easily blamed on the global COVID woes, there’s every chance we’d have been deficit and recession-bound anyway, given falling state final demand figures across 2019 and subsequent substantial hits to GST revenues.

So it’s fair to say that if COVID hadn’t hit, this column might have been calling for Lucas to do the right thing and quit early, rather than imploring him to recognise his moral duty to stay put.

But, of course, COVID did hit – and hard.

And in the midst of it, Steven Marshall was this week forced to elevate two first-term MPs into a cabinet that already boasted a total of one member with prior ministerial experience when they were first sworn in back in March 2018.

No wonder Marshall hardly seemed enthused about the whole thing, telling reporters on Tuesday: “It was never my intention to reshuffle the cabinet at this point of the cycle, but here we are.”

Now, given you’ve never heard of anything David Basham’s achieved in his two years as a Liberal backbencher, one can only assume he was elevated as a like-for-like doppelganger of the outgoing David Ridgway, perhaps to create an illusion of stability around the cabinet table. 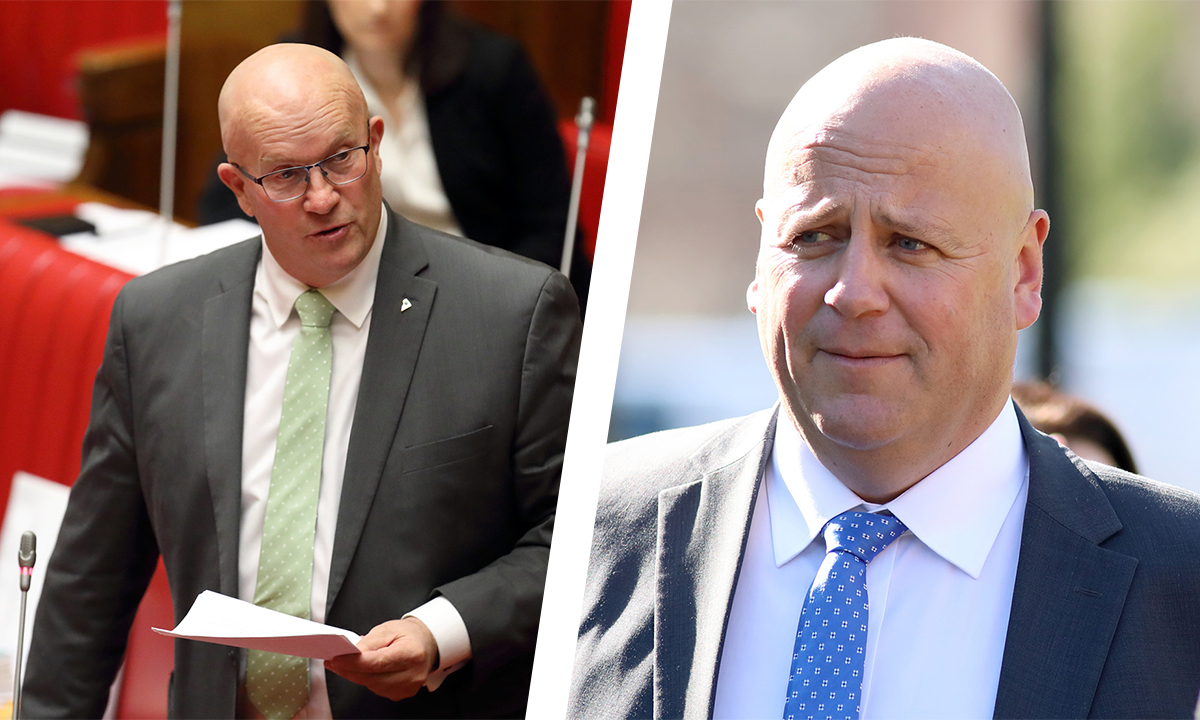 Davids Ridgway and Basham – but which is which? Photos: Tony Lewis / InDaily

Then there’s Stephen Patterson, who we’ll hereafter refer to as “Tarkyn”, given the Australian Financial Review’s amusing photographic mix-up on announcing his elevation.

Stephen Patterson, who played 96 matches for Collingwood in the late 1990s, is one of three new faces in South Australia Premier Steven Marshall's new cabinet. https://t.co/bzj7pslKcW

Tarkyn’s main claim to fame comes from his former life as a Collingwood player, where he became the first person ever to kick a goal against Port Adelaide in the AFL.

On which basis, of course, we all wish him well for a long and successful ministerial career.

But these two elevations do highlight the fact that the talent pool in the Liberal parliamentary party is a little like a contestant on Bachelor in Paradise – not deep.

Marshall appears to have gone out of his way to avoid elevating any of his party-room’s factional Right-wingers – although to be fair, one of them had just quit, another is facing a charge of basic assault and most of the rest have crossed the floor so often they could make a case for claiming a travel allowance for all that traversing across the House of Assembly.

The Premier’s also hamstrung, given the ongoing ICAC inquiry into the country members allowance – a controversy that yesterday claimed another regional MP, with Adrian Pederick resigning as party whip.

But the controversy is significant for another reason.

Early this year, I noted a clear and ongoing disconnect between the Liberal Party’s regional representatives and its metro MPs.

We saw it in outspoken protests against changes to the Mining Act, as well as the land tax kerfuffle, and it highlighted a close correlation between the regional and factional divides.

One of the Right-faction’s spear-carriers told me before the last election that their intent was to turn the SA Liberal Party into a genuine conservative party.

And yet, as of this week, it confirmed itself as quite the opposite – a Government controlled entirely by moderates.

As of this week, eleven of the 14 ministers hail from the party’s left. That means there are many moderates in the cabinet as there are middle-to-late-middle-aged men.

While lefties across SA like to think of Rob Lucas as their conservative hate-figure (a role I’m sure he rather enjoys) he is one of the remaining three ministers considered unaligned.

And while it could fairly be argued that the Right brought their fate upon themselves – with missteps of various egregiousness and an intra-faction split –  the current make-up of the ministry points to a clear disconnect between the Marshall Government and the broader SA Liberal Party.

At last year’s AGM, the Right won a clear majority on state council and elected four Right-wing vice-presidents, in the process kicking out two moderate incumbents.

That also gave the faction a majority on the party’s governing state executive, and has propelled it to fill all but one of the vacant spots on the Legislative Council ticket earlier this month – and all the winnable ones.

One might presume that the broader party will prioritise the re-election of a Liberal Government over fighting rearguard factional stoushes, but the SA Liberal Party is a peculiar beast.

Already in recent days we’ve seen damaging leaks about the Government’s re-election strategy, while party insiders suspect both Sam Duluk’s current woes and the tip-off against Terry Stephens that fireballed into the broader entitlements scandal emanated from Liberal links.

Through all of this, Marshall has maintained his statesmanlike mystique: he rarely talks about anything in public beyond the latest coronavirus information, giving the impression that party politics is beneath him.

And yet, there are things here that don’t add up.

Ridgway was cut adrift just days after an Advertiser story broke about him signing blank time sheets for his chauffeur-driven car in Opposition.

While Marshall maintained Ridgway had always said he’d go in the event of a reshuffle, surely you’d prefer not to lose three ministers when two would do?

After all, to lose two ministers may be a misfortune, etc…

And thus, the impression was that this revelation was beyond the pale – and yet the Advertiser article stated that the Government had fought a long legal battle to avoid the information being made public.

Similarly, Marshall has refused to buy into party-room controversy over who replaces new minister Vincent Tarzia as parliamentary Speaker – despite having endorsed Tarzia for the role after the 2018 election.

There’s a distinct Teflon syndrome in all this – but the next 18 months will be telling.

And it is a time that the importance of Rob Lucas as Treasurer will become ever more starkly apparent.

Unlike many of the brash new ministers who stepped into office in 2018 after barely a term on the Opposition frontbench thinking they knew all there was to know about governing, Lucas has maintained an approachable, down-to-earth air.

He prefers journalists to call him directly – as opposed to most of his colleagues, from whom you’ll be lucky to get a call back from even their media adviser – and usually actually answers their questions, even if his ponderous roundabout manner is a nightmare for picking punchy TV soundbites.

And, of course, he has decades of experience – more indeed than many of his colleagues combined.

And yet, with successive billion-dollar-plus deficits approaching, he’ll be vacating the chair and handing the Treasury role to someone else – and the man who until recently was his presumptive heir, dumped minister Stephan Knoll, has already been ruled out of contention.

Environment Minister David Speirs, who is most famous for inciting the ire of a Royal Commissioner who suggested his decision-making was so “antipathetic to the interests of South Australia” as to likely constitute a breach of the ministerial code.

And John Gardner, who so excelled in his former role as Leader of Government Business than he made Stephan Knoll look like a more diplomatic option.

So yes, the Government has excelled thus far on the public health front of the coronavirus war, and Marshall is justifiably riding a wave that places him higher than the murky politics of his party-room.

But the next front will be the economic one – and his most capable lieutenant is about to depart the battlefield.