Moving full cycle docking from ASC’s Osborne shipyard in SA to Fremantle in WA would be bad for SA – it would be worse for Australia’s defence and industrial capability.

The six vessel Collins fleet is based in Perth. Although built by ASC in Adelaide, ongoing sustainment of submarines involving four-yearly mid-cycle dockings takes place at HMAS Stirling and the Henderson shipyard. ASC has a total workforce of around 2200 with around 280 positions in WA to do routine and mid-cycle sustainment work.

Major full-cycle dockings are required every eight to 10 years. They take two years to complete and can involve cutting open the submarine for a ground-up “nut and bolt” rebuild of hardware and systems. They are presently returned to the manufacturer, the ASC’s Adelaide shipyard, where a highly-skilled workforce reinvents each submarine.

WA has paid for the production and selective release of two consultant reports which claim it’s in the “national interest” to move the full-cycle dockings to Perth. The reports are light in substance and appear tailored to what the customer wants to hear.

There are hidden benefits for WA’s in its proposal. To cover the capability gap between the Collins and yet-to-be-built Attack Class fleets there is a multibillion-dollar plan for a Life Of Type Extension (LOTE) to possibly all six of the Collins submarines. If full-cycle dockings move to Perth, the LOTE would probably take place there too. And there is more.

It has been widely reported that the Coalition Government is yet to decide where the 12 Attack Class submarines will be based. It is highly likely that half the fleet will be in Perth and the other half in NSW. Adelaide is midway between these two locations and Perth long distant from a submarine base in Sydney – a point conveniently brushed over in the two consultant reports from the WA government.

And the Commonwealth is yet to decide how the new Attack Class submarines will be sustained and by whom. If that choice is the ASC, and if ASC has in effect been relocated to WA to support full-cycle dockings for Collins, then it’s highly likely that the 12 new submarines will also need to be sustained in WA. That would mean WA receives the multiple benefits of hosting the RAN fleet base including existing sustainment contracts, the Collins full cycle docking, the LOTE for Collins and the probable flow on sustainment for the new Attack Class submarine.

South Australians, apart from Centre Alliance Senator Rex Patrick, are nowhere to be seen – except behind closed doors.

For every $1 billion spent building submarines, it is generally accepted that around $2 to $3 Billion is spent on sustainment in subsequent decades. This would be an absolute windfall for WA: no wonder their energised and hardworking State Government is pushing so hard. Defence is looking into the idea, with an announcement expected by Christmas.

As luck would have it, Defence Minister Linda Reynolds, Defence Industry Minister Melissa Price and Finance Minister Mathias Cormann all hail from WA. Attorney-General Christian Porter, another West Australian, is on the seven-member National Security Committee of Cabinet which will make the final decision.

South Australians, apart from Centre Alliance Senator Rex Patrick, are nowhere to be seen – except behind closed doors. This is a sign of the diminishment of SA senior parliamentary representation within the federal Coalition and the compliant nature of our State Government.

The credibility of the full-cycle docking decision and of the ministers who will make it in the “national interest”, hinge on an outcome which is genuinely in that “national interest”. not just the political interest of the decision-makers. The process will be closely scrutinised. How it will be held to account is less certain.

Claims from WA and in some quarters in Canberra that a skilled workforce, infrastructure and industry support to both build and sustain submarines is beyond SA need to be counter-balanced. WA has challenges of its own.

The RAN fleet is home-based in Fremantle and already carries out mid-cycle Collins sustainment and sustainment for other ships in the fleet. WA needs to find skilled workers and industry support for a vibrant small ships construction industry. The west sends off 46% of the country’s exports, has 98% of our iron ore, 75% of our gold, 50% of our gas, 61% of our oil and 76% or our condensate. GSP in WA is already $82k per person compared to the rest of the country at $58K per person. Skilled workers and industry in WA enjoy fortunate choices. SA gives defence 100% of its attention. The WA research does not explain how is it in the “national interest” to have Collins full-cycle dockings compete for workforce and support against these other conflicting demands for labour and resources within its state. 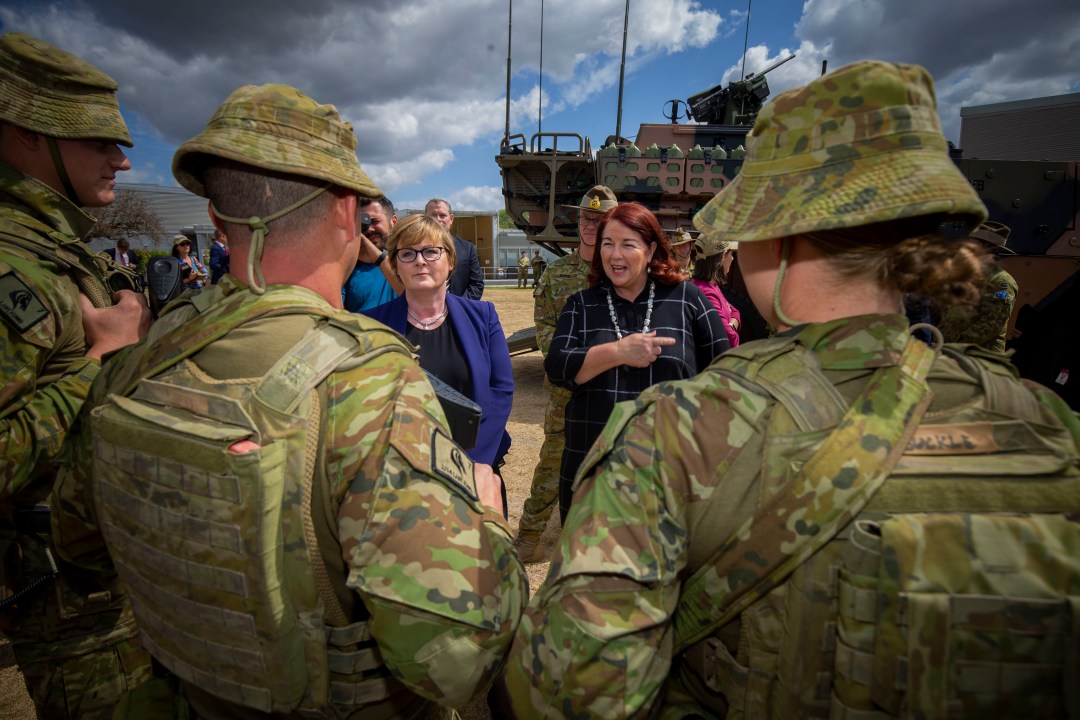 It’s unlikely that the present skilled workforce in SA would move. Lucrative jobs are available at Osborne in the Attack Class and Hunter Class frigates program. Relocating infrastructure would be costly. There is no guarantee a move would work at all. The idea constitutes a significant risk to the RAN’s operational capability.

On top of these considerations, Australia is reviewing our dynamic strategic circumstances and reassessing the confluent capability requirements. The remote prospect of Australia needing to defend itself independently from a major aggressor is part of that conversation.

During World War Two, a line was drawn from Adelaide to Brisbane because we couldn’t defend the rest, particularly Perth. The Indian Ocean off WA was active during both world wars and WA was bombed repeatedly by the Japanese.

We live in interesting times. During WW2, SA was chosen as a major defence industry hub because it is remote, secure and proven, with established industrial capability. If Collins subs are to be on the hardstand, out of the water for years at a time over coming decades, where is the safest place?

South Australia needs to produce our own research to argue our case to ensure Defence is fully informed of the counter-arguments and facts before the “Defence State” misses the proverbial boat.

There is an alternative approach.  On January 17, 2017, I took to the South Australian cabinet recommendations from the Defence SA Advisory Board proposing that a National Shipbuilding Authority be established. The cabinet submission was supported by a well consulted 71-page report. These proposals argued that the Naval Shipbuilding Advisory Board has been ineffective and that a more executive and enterprise-focused body was needed to implement a coordinated national approach to the entire construction and sustainment cycle.

An Australian Collins class submarine, built by the ASC.

The nation’s aim must be to lift the Australian naval enterprise from a base level of maturity characterised by individual project decisions and an immature sovereign industrial capability to a dynamic “best practice” model with minimal government control and ownership which looks at the entire task and is industry-led. This work outlined a sustainable commercial structure for the next 50 years which optimised value for money, and minimised risk with the entire shipbuilding enterprise at its core – not individual projects.

The proposal called for the creation of a National Shipbuilding Authority to report directly to the Prime Minister with an enterprise and industry-focused executive board, a CEO and the authority to coordinate the national effort across government portfolios and agencies, across industry and the union movement and the higher education and vocational education sectors.

The goal was to ensure industry was able to deliver both the operational capability and industry outcome the nation seeks. This would require a national balancing of the demands of construction, mid-cycle sustainment, full-cycle sustainment and fleet support across all ship types and programs with the nation’s workforce, skills base, industrial and infrastructure capabilities for best effect.

Surely, it’s better to be matching the entire national shipbuilding task with the whole of the nation’s capability to deliver, rather than to have the states arguing with the Commonwealth about who will do what with a particular part of a particular program?

Unfortunately, an election and a change of government in SA followed this cabinet deliberation. The work seems to have sunk without a trace.

The social license to spend this enormous amount of the taxpayer’s money on building warships depends on proving to Australians that the result will both defend the nation and strengthen its economy. A National Shipbuilding Authority may deliver that outcome. The SA government would be well advised to refloat the report, release it for public discussion and take it to Canberra and COAG.

In the meantime, every South Australian MP – federal and state, regardless of party or faction – should be working together with industry and the union movement, not to argue a parochial SA position but to prove the “national interest”.

Building new submarines and rebuilding Collins Class subs at full cycle and during the LOTE here in SA is in the “national interest”.

Routine sustainment at home fleet bases is also in that “national interest”. If we get this decision wrong, we imperil the RAN’s warfighting capability, we endanger the country’s industrial capacity and we put at risk the Collins Class submarines.

And, of course, we also terminate thousands of SA jobs over decades – jobs that will be hard to get back.

Martin Hamilton-Smith served 24 years as an officer in the ADF and was SA Minister for Defence Industries from 2014 to 2018.