The English language is a big bag of tools: 180,000 useful words, half of which are nouns, a quarter adjectives and (to prove that humans are essentially lazy) one-seventh verbs. If I asked anyone to memorise that many symbols, sounds or words in a different language there’d be a fair amount of angst. This is why our brains have evolved to start early. Learning a foreign language at high school is well-meant but generally doomed to failure.

The English language isn’t easy. If ‘can not’ becomes ‘can’t’ why can’t ‘am not’ become ‘amn’t’? Ain’t is okay, isn’t it? Unless you’re a purist, in which case you can discriminate against words. What’s wrong with, I ain’t interested in learning to read? Does this reveal too much about someone’s background? Why can’t a fish be like a phone? What exactly does sleep tight mean? Sleep well, for a long time, warmly? What is holy crap? Why do people say ‘the proof’s in the pudding’? The proof of what? Is it that, again, we’re too lazy to say the proof of the pudding is in the eating?

English is a mongrel language and, like stolen cars, sometimes needs pimping. This makes it tricky for the adult learner, or confused kids – until we learn to accept the strangeness and inconsistency.

I have a vested interest in the English language. I make money from arranging words in a particular way to obtain a particular effect. But it’s been a long slog. I’ve always been a poor speller. The word occasion, for instance. And I remember a university lecturer pointing out that the apostrophe in doesn’t isn’t there to separate does and not.

Maybe this is a hard-wiring issue. Maybe brains need to be removed from heads and re-soldered? Failing this, we need to get to the truth about literacy. Added to this, the English language is a class tool. Accent, grammar, spelling, sentence structure – all indicators of where we’ve come from, how seriously we should be taken. To read and write is everything in a world of ideas.

This is what’s at stake today: the tools to learn how to be decent human beings.

No-one ever masters the English language. Our proficiency is a function of our school, teachers, home life, inherited attitudes, male versus female. It’s hard to fix all of this with a brochure, or government initiative, committees, apps, whatever. The only real fix is an individual’s determination to get good at words.

We’re always at war with words. As we get older we have more victories, but occasionally we lose a limb or eye. And just because we can cobble together a half-decent essay doesn’t mean the majority of people can. Excellence in English demands a certain not-quite-right obsession with squiggles. Some just aren’t interested. Some give up after years of trying.

John Corcoran was an American English teacher. He was well-respected and his students got good grades. As a child, Corcoran had trouble reading and writing. His teachers were too busy to bother with him, so they kept promoting him to the next grade. He was often placed in the “dumb row” and felt traumatised by his inability to succeed.

His life at school was hell. “I can remember when I was eight years old saying my prayers at night and saying, ‘Dear God, tomorrow, when it’s my turn to read let me be able to read’.” He describes how when asked he’d just sit still, silent, waiting for the teacher to give up and ask someone else.

Now, you’re waiting for me to tell you that Corcoran fought to overcome his learning problems, attended college (which he did) and went on to become a great educator. No. John Corcoran couldn’t read or write until he was 48, and had been teaching for 17 years.

How had he got through school without learning these basics? Simple, he misbehaved. He spent most of grades 5-7 suspended or sitting in front of the principal’s office.

“My parents came to school and it no longer was a problem for me reading because this boy Johnnie – the native alien, I call him – he didn’t have a reading problem as far as the teachers were concerned. He had an emotional problem. He had a psychological problem. He had a behavioral problem.”

Later, he hung around with smart kids and got them to do his work, he copied other people’s assessments – whatever it took to get through. After cheating his way through college he was given a job during a teacher shortage and then: “What I did was I created an oral and visual environment. There wasn’t the written word in there. I always had two or three teachers’ assistants in each class to do board work or read the bulletin.”

Living with illiteracy or limited literacy can be the same as living with a chronic illness. We improvise; we avoid uncomfortable situations; we rely on others. We’ll always find someone who quotes the names of famous people who were either school dropouts and/or illiterate: Jesus, most of Dark Ages and Renaissance Europe, Leonardo da Vinci, Richard Branson, Tom Cruise. Branson worked out that people skills beat education every time, and went on to make a fortune smooth-talking his way through the corporate world. But for most, this isn’t reality. 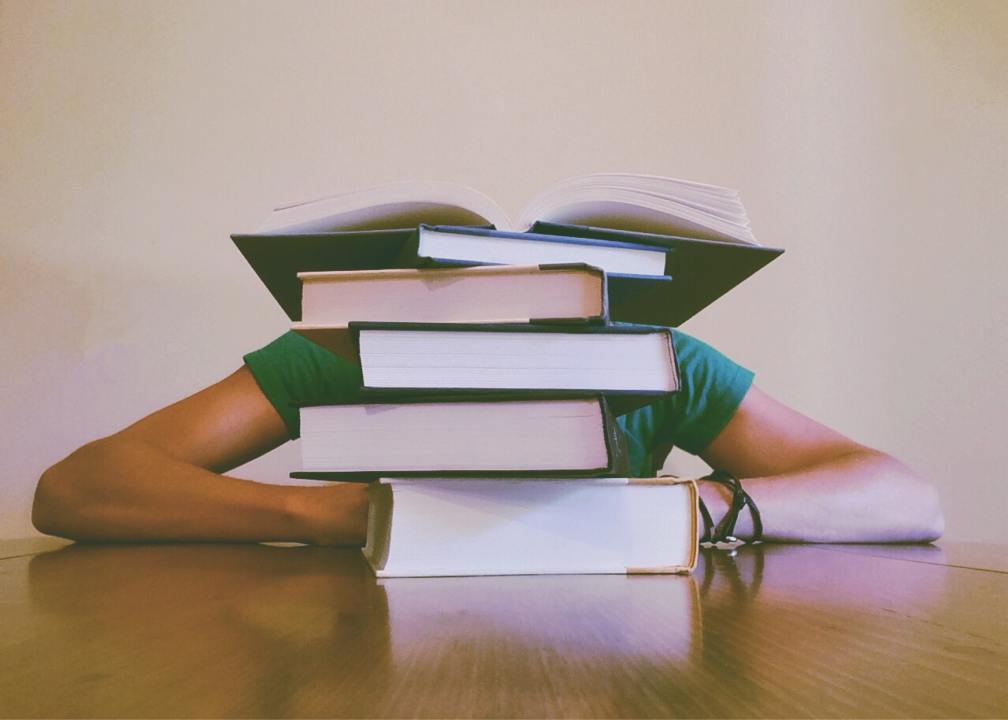 There is, as we speak, a child sitting in a classroom losing interest. Because he or she doesn’t get it; because there’s no-one to help him or her spell out the words; because we think it’s somehow smart to close libraries and turn them into virtual learning centres.

Around one per cent of Australians are illiterate, but that’s a bit like saying 100 per cent of Australians know how to catch fish. The actual number that will end up at Soto’s on the way home is very different. Other research shows that up to half the population (and more First Nations People) don’t have the basic reading and writing skills they need on a daily basis. If you’re trying to read the label on a bottle of sedatives or the warning label on a chainsaw, this makes things interesting.

Sometimes I wish I lived in a country that valued words more. Sport seems to be an intellectual contraceptive, and we’re using it more and more. Endless hours of abs and “it was always my dream to win the relay” seem to set the national agenda.

Politicians pay lip service to literacy. Nice websites for things like the Premier’s Reading Challenge, while our Glorious Leaders hang out with full-forwards, handing over hundreds of millions of taxpayer dollars for stadia while schools fundraise for libraries – the same schools that try their best with the usual Book Week Harry Potterathon (ironically, becoming movie-themed fancy dress parties).

Finland has 100 per cent literacy. Its schools and universities are well-funded and teachers need a Masters degree. Even then, there’s intense competition to enter a much-respected profession. They have excellent facilities, free lunches, Open University courses for adult learners and a separate Adult Education system offered in local workers’ institutes, study centres and summer universities. In short, the Finns have got their priorities right.

According to retiring principal of Sydney’s Shore school, Timothy Wright: “The more we can get kids reading, the less work you have to do in educating them… A lot of well-read people are fundamentally self-taught.” Suggesting the key to literacy may be motivation. Motivation coming from ambition, seeing the goal, although in this case, not a football goal.

Which, again, leads back to the importance of stories. I didn’t learn about attitude until I read Salinger. I didn’t learn about spirit and religion until I read Patrick White (the Hillcrest Baptist Sunday School failed spectacularly). I didn’t learn about who I was and this place I lived in until I read Colin Thiele and Barbara Hanrahan. All of these people and their words and sentences informed me as a writer and person: books taught me empathy and how, like Atticus Finch, to act decently and fairly and never spare your love. This is what’s at stake today: the tools to learn how to be decent human beings.

There is, as we speak, a child sitting in a classroom losing interest. Because he or she doesn’t get it; because there’s no-one to help him or her spell out the words; because we think it’s somehow smart to close libraries and turn them into virtual learning centres. (This seems to me to be what the French call excrement. Books and technology aren’t mutually exclusive, in the same way, we didn’t bin every radio in Australia when television first appeared in 1956.)

There are millions of books sitting in thousands of libraries in Australia. Each of them contains an idea, a story, a lesson. But if we lose the skills to open them and read them, it’s almost as though they were never written.