We live in an age of digital gluttony – pigs at the trough of entertainment on-demand. Earlier this year, Apple and Disney announced that trough would get bigger when they join Amazon and Netflix in offering TV subscription services. Never before has there been so much content available to consumers. As personal electronic devices get larger and faster, and data plans grow more accommodating, the extent to which we can binge is almost unlimited.

At different times of our lives, we all have a voice at the back of our head questioning whether our technological advances are really advances. While it’s easy to look back on the past with rose-tinted glasses, there is a case to be made that society’s former technological limitations were an unintended check on some of our more self-destructive tendencies.

Our reliance on mobile phones, tablets and the Internet is not the result of any generational differences between society today and years gone by. It can be put down to access and convenience.  As much as grandparents look at kids glued to smart phones and tablets and shake their heads, we can be sure that if their generation had grown up in a world saturated by screens they too would have disappeared down the same digital rabbit-hole.

I’m young enough to remember when it wasn’t like that: long car-trips with Mum and Dad telling me to get my head out of my book and look at the scenery. You can’t imagine that now. The thought of turning around to see your kids absorbed in a book and not craving a screen is almost fanciful. But there were no screens available in the car then. There was a book, music on your Walkman, car-cricket, scenery or sleep.  There was conversation too.

Our willingness to give something our full attention and know it inside out is diminished.

There was no digital library of books or hard drive filled with music. There were two or three books, at best, on a trip with you and most likely a couple of mix tapes of questionable quality. So you made do.  Often you’d read a book more than once and you’d play that cassette tape until it came to a slow, warbling, halt.  And when it did, you’d jam a biro in the reel and bring it back to life.

So what did this teach us apart from patience?  It taught us to absorb and commit to memory, lines, sentences and lyrics that you would recall later when your own life experiences gave them new meaning.  And you’d recite them to your own children to pass those meanings on.

My father was very fond of Lewis Carroll’s ‘The Jabberwocky’ and read it aloud to us often. It would annoy my brother and me at the time, because he invariably used it to rebuke our pleas for entertainment.

“Did gyre and gimble in the wabe”

It still surprises me just how much of that poem I remember.

In Year 12 English, I studied Tim Winton’s The Riders. There were themes in that book I didn’t pick up until I read it for the third time: subtext about the probability of ever truly knowing another person that hid behind the broader, more overt themes and required a few weeks rumination before revealing themselves.

When I went back and re-read George Orwell’s 1984, my life experiences from the interceding 20 years illuminated parts of that novel that previously escaped me. I realised that Orwell did not so much invent “doublethink” as give a name to the practice of holding contrary beliefs at the same time.

But with the deluge of content available to us now, and the prevalence of devices that enable us to access it, the temptation to re-read, re-watch and re-listen has waned. The lure of endless new content is more powerful than any desire to revisit something old.

On-demand music services like Spotify and Apple Music have changed how we listen to music, too.  The choice they offer is breathtaking, however, just like video killed the radio star, music streaming is killing the album. The concept of a collection of songs sharing a theme or collectively telling a story more powerful than each individual track is fading.

Before music streaming and downloading, you generally purchased albums – on vinyl, 8-track, cassette tape then compact disc. Yes, you could buy a single but it was rarely good value and you ran the very real risk of being accused of only liking that band’s commercially successful work. This was a serious accusation. 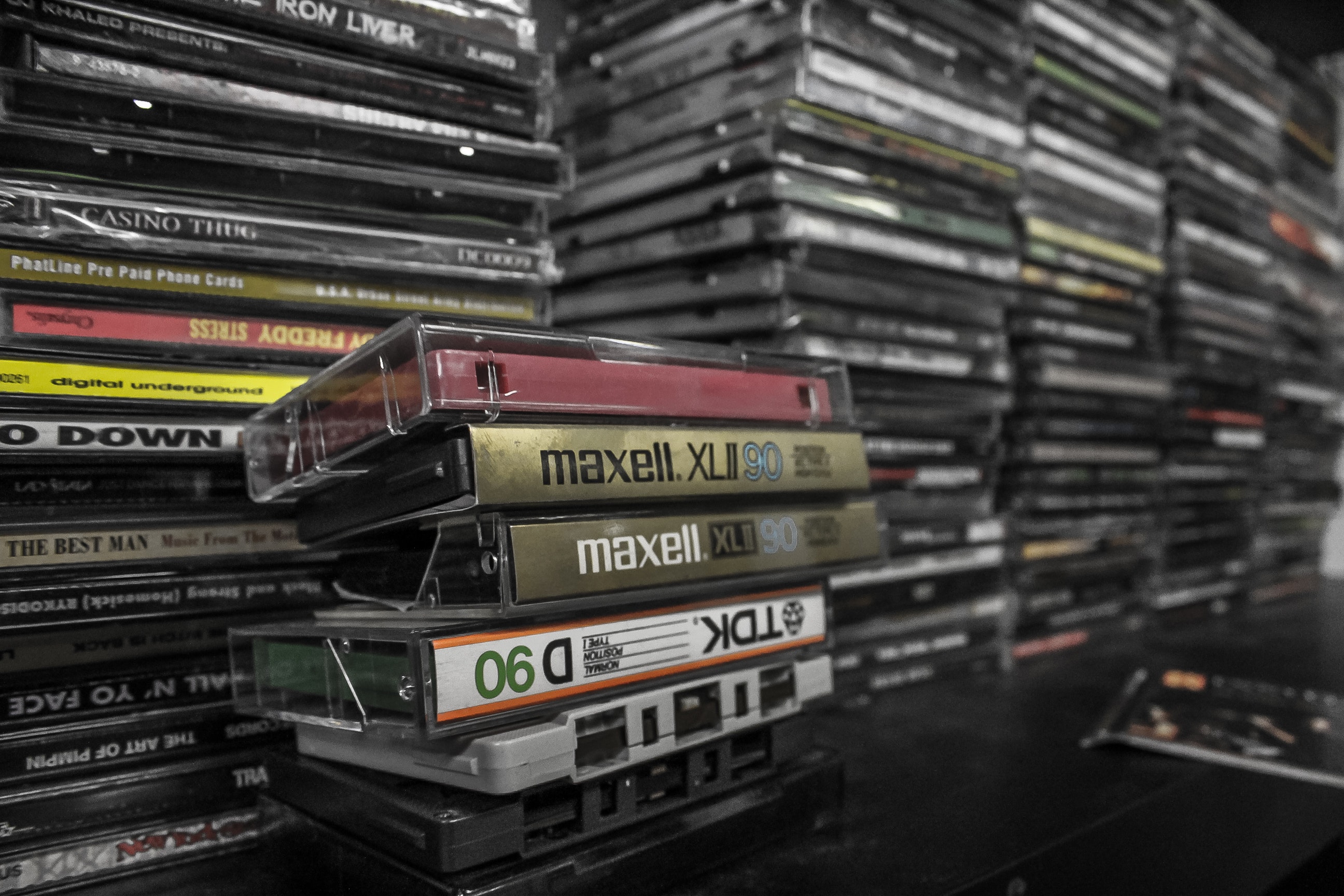 Older technologies – like cassettes – encouraged the popularity of albums, with their narrative and thematic arcs.

When I think back to my favourite tracks on my most played albums, almost without exception they are not the tracks released as singles. And, on first blush, they weren’t my favourite tracks at all. But the LP taught us to keep listening. It taught us that those slow-burn tracks that took longer to reveal their hooks were often more rewarding in the long run. ‘Train in Vain’, from The Clash’s album London Calling, was not originally included on the track listing, but appeared instead as a secret track at the end of the album. It became the band’s first song to crack the US top 30.

Today, our consumption of media has become almost manic. Boundless content and access has changed our consumption habits. Our willingness to give something our full attention and know it inside out is diminished. If what we are watching on the big screen is not stimulating enough, there is always the screen in our hand. Casually observing television while simultaneously browsing on our mobile phone is now the norm, with neither deserving our full attention.

So, what is the remedy, given that this particular genie can’t be put back in the bottle?  That question, sadly, is about as big as the Internet itself, and the truth is: there are no answers.  But the first step, surely, is to acknowledge that along with the opportunities this new technology has given us, there are downsides.

Today we rely on devices that were science fiction in this 38-year-old’s childhood. This can be partly explained by Moore’s Law, a computing term originating in about 1970 which hypothesized that the processing power of computers would double every two years (the reality is that it’s happening even faster now).

On that basis, the influence of technology on how we read, watch and listen will continue to change. In fact, the biggest changes might be in front of us.

And if those changes only serve to feed that insatiable desire for new content, then we must be prepared for further diminution of our ability and willingness to analyze, research and interrogate. But more worrisome, is the effect this torrent of new content has on our imaginations. Can a screen depiction, where someone else’s imagination has done 90 per cent of the work for us, ever replace or match the benefit of the printed version where our imagination is stimulated by the likes of Winton, C.S. Lewis and George Orwell?  Certainly, there’s a place for both, but we ignore the first at our peril.

At the moment, we are all passengers on the information superhighway, kicking back with our imaginations on cruise control.

Blair Boyer is the MP for the state seat of Wright.