The Murray-Darling Royal Commission’s explosive report has landed like a dead Murray cod in the lower Darling: provoking righteous anger and severe nausea in more than one MP.

The reaction for many of those who have fought hard for the Murray was equal parts outrage and relief: outrage at the compromises and abuses that have stripped away at the integrity of the original Murray-Darling Basin Plan, and relief that finally someone in authority was prepared to bell the cat.

Surprisingly, the original justification for the royal commission — rorting by upstream irrigators — is hardly mentioned.

Instead, commissioner Bret Walker’s focus is much more on the genesis of the basin plan.

In clear and unimpeachable language, befitting one of Australia’s leading barristers, the commissioner details the constitutional priority of the original Water Act that backs the Basin Plan: that the ecological health of the river comes before economic or social considerations.

This cuts against the great myth that achieving an even balance between economic, social and environmental outcomes – the so called ‘triple bottom line’ – is the best outcome in politics and business.

While fine in theory, experience shows that this is rarely an even contest, with economic considerations nearly always coming out on top.

In fact, so far has ‘economics first’ become entrenched in our collective psyche, that the ‘environment first’ priority in the original Water Act drafted by the Howard Government is now almost regarded as a quaint notion.

Another example of how far we have drifted also landed last week.

A Department for Environment and Water staff bulletin from its Chief Executive outlined a series of shifts in priorities, including the statement that: “We are an economic development agency.”

This same mantra from the Marshall cabinet has been delivered to other departments as well.

We can only hope it’s not embraced by the Department for Child Protection.

South Australia needs an Environment Department that has the capacity, willingness and a strong mandate from its Minister to protect and enhance our precious natural environment for now and the future.

That’s its first and foremost role.

Other parts of government are already focused on using the environment to extract financial return.

We are seeing the real-life application of the department’s new priorities in the remote and beautiful Flinders Chase National Park on the western end of Kangaroo Island.

Two years ago, the wildly popular KI Wilderness Trail opened. Like similar multi-day walking trails in Tasmania and NZ, accommodation options ranging from basic to luxury ‘eco-tents’ were planned for designated campgrounds along the trail to cater for weary walkers.

This has now exponentially morphed into a major resort development three kilometres from the trail, incorporating separate roads and other facilities.

In fact, the new development is so far off the walking track that it will be possible to fly into Kingscote Airport and shuttle straight to the resort — all without getting a speck of dirt on your Prada shoes.

Exclusive road access to a remote and previously undisturbed wilderness area on public land has been handed over to a private company to build a luxury resort.

This is not usually core business for an Environment Department.

No wonder the hard-working local volunteer members of the Friends of Flinders Chase National Park have taken the unprecedented step of going on strike. The group has responded by withdrawing their hundreds of hours of volunteer services months out from a major 100-year celebration of the second oldest national park in the state.

Not only that, they are also calling on all Friends’ groups across the state to join them, as other potential development battles emerge throughout SA’s National Parks network. 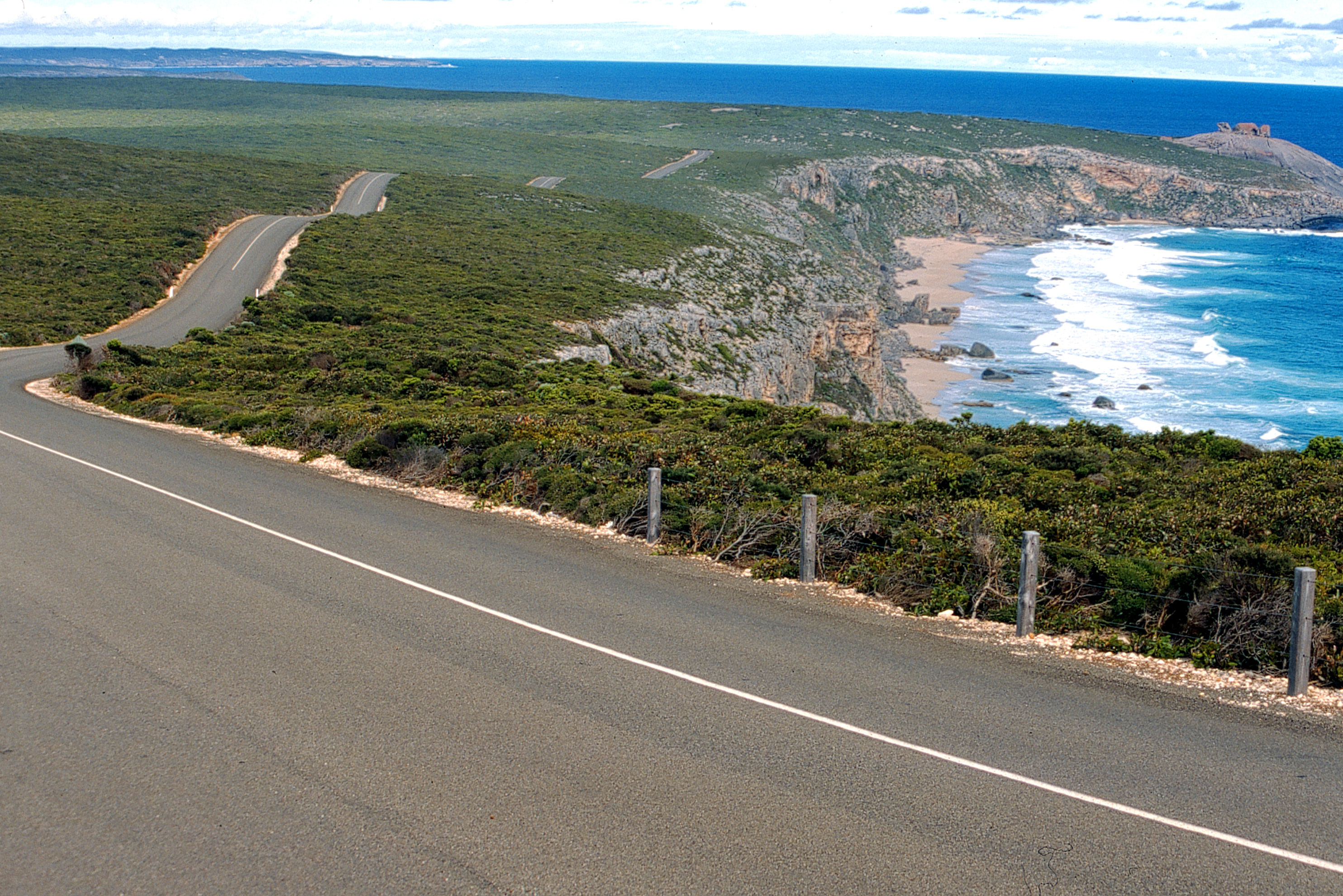 Is Kangaroo Island a relatively unspoiled environment to be protected, or a resource to be exploited? Photo: AAP/Tony Jones

Our state is blessed with extraordinary natural wonders, ranging from ancient and spectacular mountain ranges to marine parks full of charismatic sea creatures found nowhere else on earth.

These special places are a major focus of recent tourism commercials enticing visitors to our state.

But without adequate investment in protection it is possible to love these places to death. And that layer of protection is already wafer thin.

A decade of slashing and job cuts has reduced the Environment Department to a shadow of what it once was, with passionate volunteers, wise landowners and environmental groups struggling to fill the gap.

There were high hopes when the Marshall Government was elected that this trend would be reversed. We are still waiting.

If the few department staff that are left are required to see their role as facilitating exploitation rather than preservation and restoration, and volunteers continue to withdraw their services, we are indeed in deep trouble.

The very same department is also charged with looking after our stretch of the Murray.

To see what can go wrong when the environment is compromised for the sake of economic development, just look at the Lower Darling, where a reported one million fish have died over the past few weeks.

In the face of climate change, population pressures and systemic over-extraction of water, the river is in crisis.

As the Murray Darling Royal Commission Report clearly lays out: choices have to be made and priorities set.

The health of the river — the environment — must come first.

Ironically, lost in the furore of the last few weeks is the fact that there has been encouraging improvement in the health of the river as a result of the water restored so far to the environment.

But it’s not nearly enough. Scientists and water experts have said that right from the beginning.

Compromise is often at the heart of all political solutions. It’s an essential skill-set for any aspiring politician.

The problem is, Mother Nature is simply not interested in compromise.

She cannot be fobbed off with talk of a ‘triple bottom line’.

Her needs must come first.

And the sooner our political leaders realise that, the better.