Our nation paused and came together yesterday to give thanks for all who have served and died for our nation.

ANZAC Day conjures images of Gallipoli, slouch hats, mateship and the horrors of war, of brave elderly veterans who receive the applause of the crowds with quiet dignity while they raise a glass to their mates who never made it home. We owe our way of life to these brave souls.

If you attended one of the many dawn services or marches across the country, you would have been surrounded by men and women in uniform, the people who proudly, selflessly serve our nation.

But did you notice the young faces of those in uniform around you?

Since 1999, more than 73,000 Australians have served in overseas military conflicts.  It is a commitment which eclipses the 60,000 we sent to Vietnam.

The cost our country has paid for this military involvement is far-reaching – on human, emotional and economic fronts. The after-effects will reverberate for decades after our people come home. If they come home at all.

You would expect that those brave individuals who chose to defend our country, and who are unfortunate to be injured, would be easily compensated and readily assisted with medical treatment for their injuries.

But is that actually the case?

In my experience as a lawyer who speaks to injured Defence men and women every day, I find that long after the fighting has stopped, our injured veterans face a new fight at home – the fight for compensation and medical assistance.

This fight is defined by long wait times, complicated and strict legislation, a growing mental health problem, and the ever-increasing workload of the Department of Veterans’ Affairs (DVA).

The DVA currently has around 30,000 individuals who have accepted injury claims – that is, they are receiving some income support or payment of medical expenses for a military-caused injury.

DVA records indicate 81 per cent of those who served in Vietnam have one or more accepted military-caused conditions.

If that trend continues with the 73,000-plus Australians deployed overseas since 1999, our nation will have a considerable, long-term financial commitment and the DVA will need an enormous amount of extra support and funding to manage the mountain of claims coming its way. It will also need to introduce simpler processes.

The current legislation that applies for service men and women injured in Australia or overseas is the Military Rehabilitation and Compensation Act (MRCA). The DVA has reported an 89 per cent increase in claims under this Act since 2014.

The legislation is complex and lengthy. In my view, it is considerably more complex than comparable state-based legislation that applies to work-related injuries.

Why do injured ADF members have to face such a complicated and confusing scheme?  Given that the numerous other laws that cover injuries arising from work accidents or motor vehicle claims are considerably less complex, why can’t a similar approach be adopted to cover ADF members?

The system, as it stands, is taking a heavy, at times tragic, toll on ADF members.

A recent Australian Institute of Health and Welfare report concluded the suicide rate among former ADF service men between the ages of 18 to 24 was almost double that of the national rate.  This statistical variation is alarming and must reflect a loss of connection and communication with young ex-ADF male members.

I suspect that part of this increase in the suicide rate is attributable to the complex and lengthy claims process that ADF members generally endure.

In August last year, the Foreign Affairs, Defence and Trade References Committee delivered a comprehensive report, containing some 27 recommendations, many of them dealing with the current DVA scheme.

This committee was established primarily to look into suicide rates with ADF members and veterans. It received thousands of submissions – a recurring issue being the increased stress and anxiety experienced by ADF members as a consequence of the complex, lengthy DVA claims process.

One of the committee’s key recommendations was for legislative reform so that the current military compensation framework was significantly simplified. Included in that recommendation was a review of the use of a cornerstone of the MRCA scheme, namely the use of Statements of Principles (SOPs) in determining a compensation claim.

The SOPs is one of the further group of documents that must be considered with any ADF member’s injury claim. In short, for a member’s compensation claim to be accepted as having been service-caused, they must fulfil the strict criteria set out by the specific SOP relating to their injury.

There are hundreds of SOPs covering a large range of injuries. In my view, these SOPs are unreasonable and narrow in their criteria of whether an injury or disease has been service-caused.

Whatever the condition is, a member’s claim will be rejected unless it can satisfy completely the factors listed in the SOP.

In many circumstances, a particular condition – for example, a degenerative condition – may be as a result of years of military service and not be due to any one particular incident.  Despite the member’s service clearly causing or contributing to those degenerative changes, unless the member can fulfil a specific factor in the relevant SOP, their claim will be rejected. On this basis, it can be said that the bar to getting your claim accepted is set far too high.

Often the strict application of the SOP results in injuries being rejected by the DVA despite there being a clear service cause.  Such an approach is not utilised in any of the state-based injury schemes that cover work injuries or motor vehicle claims. Indeed, the SOPs are unique to Australia’s military compensation scheme. 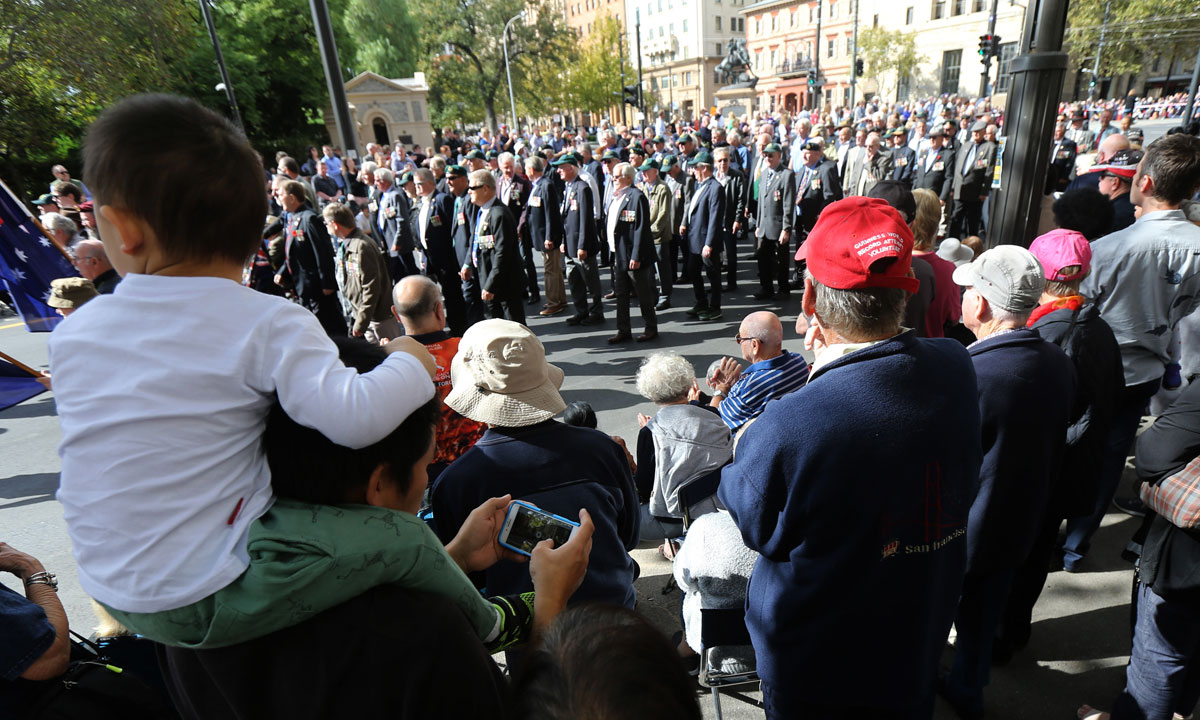 War comes at a significant personal cost for thousands of Australian service men and women and their families.  However, the financial expense of these conflicts also continues to amaze and concern me.

While Australia’s commitment is significantly less than that of the United States, it is being reported that the cost to the US alone from its involvement in the Iraq and Afghanistan conflicts, factoring in caring for their returned military personnel, will run in the order of $US6 trillion ($A7.9 trillion). That estimate includes the considerable ongoing and long-term support that injured veterans require.

Recently, there have been considerable steps taken to address issues at the DVA, including the provision of no-fault medical treatment for psychological conditions and additional federal funding.

Now, a veteran or a current-serving ADF member can submit a more basic form for access to paid mental health treatment.  That is, the DVA will now pay for reasonable mental health treatment, even though a decision has not yet been made about whether the condition is service-caused.  Unlocking early treatment is critical for ADF members and veterans struggling with mental health issues, so this is a significant step in the right direction.

The Federal Government late last year announced a number of other significant financial commitments relevant to the ADF community, including an additional $31 million to assist veterans with mental health issues. This included a $16 million package, over four years, to veterans who are financially vulnerable and who have already claimed for mental health conditions.

In short, now it is possible for veterans making a mental health claim to receive interim income payments while their claim is being investigated and assessed. At this point, though, these payments are available only to individuals whose financial hardship is due to the fact their inability to work is caused by their mental health condition.

These funding initiatives are critical steps in the right direction, but they are not enough to fix the mounting problems facing the DVA. There is still a lot of work to be done before things get easier for injured ADF members.

The continued use of the SOPs will ensure it remains a complex, confusing and often unjust scheme to those ADF members injured during their service.

But any meaningful change at the DVA hinges on action being taken in Canberra first – namely, to simplify military compensation legislation, ease the documentation required for a successful claim, and speed up the entire process to avoid placing any more stress and anxiety on these injured people.

Our injured Defence men and women have made enormous sacrifices in the name of serving and protecting our country. They deserve more. It’s now time that we give back to them.

Tim White is partner at Tindall Gask Bentley and a military compensation specialist.