There are some things that occur so unfailingly that they become part of the fabric of our existence.

For instance, you can pretty much pencil in the fact that somewhere on the TV news tonight there will be coverage of the inevitable long weekend traffic snarl up Port Wakefield Road.

It’s as much a part of the annual Easter ritual as the compulsory Motor Accident Commission press conference warning motorists to take care on the roads – this year with the novel twist of being fronted by a Liberal minister, Corey Wingard.

Such events are so obligatory we note them as a passing feature of the season – as much a part of Easter as waking up on Friday morning and realising that you forgot to do your shopping before the stores closed.

For many Labor people, the notion of their party not being in government in SA would have seemed like an apocalyptic upheaval. There are people covering politics in SA who were in school the last time there was a Liberal Government. I’ve been covering the round for a decade and a half and I’ve never known things any other way.

I imagine that’s why, despite all the objective evidence that suggested SA voters were in a mood for change, the bookmakers consistently quoted Labor at short odds of being re-elected. There was some collective variation of Stockholm Syndrome that ensured South Australians couldn’t really envisage things any other way.

Labor governed, Liberals grumbled, voters shrugged and life went on as ever it had.

It’s little wonder then, that things have been progressing a tad slowly since the maelstrom leading up to the March 17 election.

After 16 years, no-one – on either side, nor in the fourth estate – either knows or recalls exactly what happens now.

And thus, it was almost a relief last weekend when a message popped up on my iPhone giving notice of a media conference by long-time Shadow Treasurer Rob Lucas.

“Malinauskas in hiding,” it declared.

For the uninitiated, the questions arose from an interim report whose existence the Liberals revealed on election eve, which found the Central Adelaide Local Health Network, which runs the new hospital, was yet to meet seven “core” standards and undertake 17 “developmental” actions.

But it just felt so… well, normal for the Libs to be out attacking Labor on health problems – it was as if nothing had changed!

It seemed like a reassuring reminder of a well-understood feature of everyday SA life, like the annual Port Wakefield Road traffic snarl and falling foul of Good Friday trading.

Lucas, bless him, even held the presser not in the Government media room but on the footpath out the front of their Victoria Square digs.

It was as if, after 16 years, he still couldn’t quite accept that he’s now in government.

That was on Saturday.

Since then, the Libs have come out twice more publicly chiding deficiencies in the health system and calling on former Health Minister Peter Malinauskas to be held to account.

“Peter Malinauskas has serious questions to answer about his failure to release an essential safety report into the new Royal Adelaide Hospital prior to the state election,” Lucas declared.

“He must come out today and answer questions as to why he failed to release this safety audit report before South Australians went to the polls.”

If the Libs are happy to flay Malinauskas, Labor’s next leader is certainly giving them plenty of air time to do so.

The Right-faction boss will formally assume the leadership at a caucus meeting on April 9, with Left-winger Susan Close as his deputy. It’s a very SA Labor transition: everything was decided with minimal fuss by the factional heavyweights, with the caucus meeting merely a formality to rubber-stamp the agreed leadership team.

Bizarrely though, both presumptive leaders have sworn themselves to silence, declaring in written statements that they would be making no further comment “out of respect for the caucus process”.

An uninformed observer might argue that it would be more respectful of the caucus process not to decide what was going to happen in caucus three weeks before the event, but never mind.

Nevertheless, with Jay Weatherill – who technically remains leader until the ballot – going quietly into the night, it does mean the ALP is effectively leaderless in the interim, at least as far as public pronouncements go.

The Opposition’s current media strategy appears to consist of little more than Tom Koutsantonis firing off the occasional Lib-baiting tweet (well, it worked for Donald Trump, I guess!).

And all the while it appears the Libs can’t shake their old habits of complaining about all that is wrong with SA and demanding heads must roll. 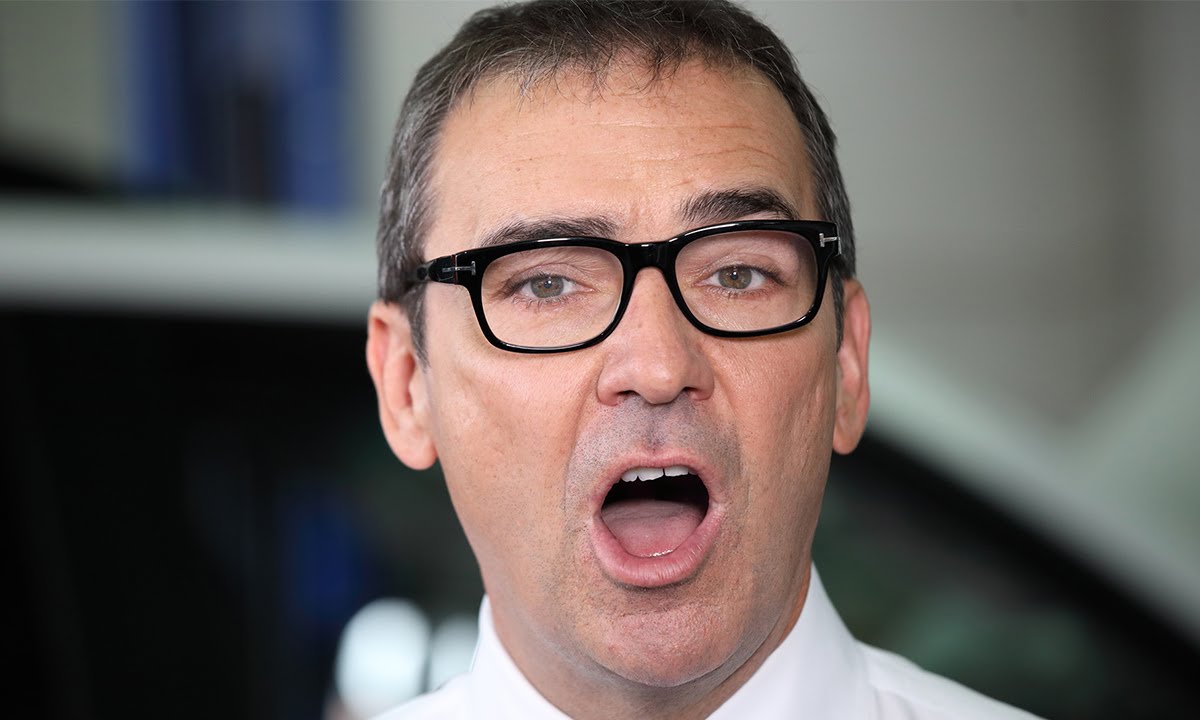 Steven Marshall has spent five years learning how to say no… can he learn how to say yes? Photo: Tony Lewis / InDaily

Unfortunately, it appeared poor old David Ridgway didn’t get the memo, with the fledgling Tourism Minister firing off a self-congratulatory missive celebrating the fact that SA had achieved “a record $6.6 billion tourism win”.

“South Australia is welcoming more visitors than ever before, helping the state’s visitor economy skyrocket,” he whooped.

“According to data released today, domestic expenditure has increased to $5.5 billion since December 2016.”

Um, Ridgy… you were in your 15th year of Opposition at that point. You’ve been in office less than two weeks. Maybe tone it down a little?

But that’s the conundrum. For now – and, one presumes, for some months to come – both parties will be in a strange no-man’s land of political discourse. The new Opposition can hardly fall straight into a narrative of attacking the Government for anything that goes wrong – because most of it is a legacy of the Labor generation.

And the Libs (apart from Ridgy) have evidently decided they’re better off painting a bleak picture of the administration they’ve inherited – complete with a broken health system, a shambolic infrastructure timeline and a tardy public sector.

This has the dual benefit of lowering expectations for any radical improvements in the short-term while pinning the blame for everything that goes wrong in the meantime on the last mob.

So it appears we needn’t worry about re-acclimatising to a Liberal Government just yet – the Libs, by habit and by design, are quite happy to continue acting as the Opposition for the time being.

And as such, we can expect plenty more complaints about the state of the health system, and plenty more calls for Malinauskas to “come out of hiding” and account for it.

While Labor’s next leadership team lays low, the Libs are clearly determined to do all they can to tarnish Malinauskas’s image over his brief oversight of the Health portfolio.

And why not? Labor’s new leader has had a messianic rise through the ranks, the golden boy of the Right faction. But Opposition is a very different game and Malinauskas steps up as Labor leader without ever having endured a single lower house Question Time and with none of his team ever being charged with holding a minister to account.

If nothing else, after 16 years the Libs should know a thing or two about Opposition (even if didn’t often appear that way at the time).

So they’ll be happy enough to take paint off Labor’s incoming leader during his self-imposed public exile – an exile that bizarrely allows the Liberal Government to establish Malinauskas’s public persona for weeks before he makes his first public appearance as ALP figurehead.

So too his deputy. Susan Close was Education Minister overseeing one of Labor’s more recent travails – the TAFE failures. Marshall today emerged from the first Liberal cabinet meeting in 16 years. Of all his election pledges, is it any surprise one of the first he’s following through with is the dissolution of the current TAFE board?

This is Government as Opposition: fulfilling a promise, but ensuring that Labor’s failings – and particularly those of Malinauskas and Close – are kept front of public mind.

But at some point, you’d hope, the Libs will turn their mind to the reality that they are no longer the Opposition, and begin promoting this long-spruiked positive agenda with gusto.

After all, despite expectations the election would deliver a mixed message, South Australians have handed them a long-awaited opportunity to form a government.

It would be nice if they could get around to it at some point.