As our State Government’s list of administrative bungles grows, so too does the chorus of discontent among South Australians.

On top of the abuse unearthed recently at the Oakden mental health facility, there has been serious concerns about our child protection services, maladministration found in the Gillman land sale, chemotherapy bungles in the health sector, and power outages that ought not to have happened in the eyes of the majority of South Australians. These are just some of the problems to have occurred on this government’s watch.

However, no minister has resigned. Why?

Constitutional law in the UK, Australia, New Zealand and Canada shares the same or similar attributes. We start with the constitution itself, interpreted where necessary by the courts. A constitution contains the rules of a democracy. However, outside the provisions of the constitution exist constitutional conventions. That is because in Britain, Westminster democracy developed in an evolutionary way, with conventions growing out of custom and practice. These were then inherited by Australia and other commonwealth countries.

As Sir Ivor Jennings, KBE, QC, British lawyer and academic said conventions “provide the flesh which clothes the dry bones of the law”.

Which brings us back to the question as to why no South Australian minister has resigned of late. The answers are increasingly difficult to explain.

There is a disturbing resignation in the electorate who, in the face of a seeming ministerial immunity from responsibility, have given up the fight.

The point has been made that the notion of ministerial responsibility must be evaluated against a steadily growing and more complex public service. There is less of an expectation, it would seem, that ministers can, or are capable of, being able to know and control all aspects of their department. That in itself is alarming and might sound warning bells within a democracy. While administrative remedies are increasingly available to aggrieved citizens, not all those making remedial administrative decisions enjoy proper independence from government and the alarm bells start to ring again.

Parliamentary conventions are, by definition, open to interpretation. Unfortunately the days of frank and fearless ministers falling on their swords are a distant memory. Honour seems to be less fashionable now, sacrificed on the altar of “whatever it takes” to hang on to power.

In a more and more complicated, connected electronic world, a minster, quite frankly, will not have the capacity to know all. However, in acknowledging that fact we should be most wary of ministers who use that excuse to confuse the public and, ultimately, escape their ministerial responsibility owed to the parliament.

To whom, then, do ministers answer if a majority government backs them in? Is it only down to the courts to expose the wrongdoing of a department, and the minister’s associated responsibility?

There are parliamentary codes, but breaches seem to be perpetually explained away, apologised for and forgiven. Thus, increasingly, it seems to fall to the public and the media, to attempt to hold ministers to account. The abiding sense that I have in the current day, with a few notable exceptions, is that it takes public opinion and the media to pressure a minister into resignation, rather than a minister reaching that conclusion on their own. The remedy, in other words, is political rather than legal.

We should ask ourselves if we are happy with this version of democracy. The system used to work, but does it still? Isn’t it dangerous to have ministers with diminishing knowledge of their departments, perpetually side-stepping the convention of ministerial responsibility, while their departments throw up gaffe after gaffe, sometimes with terrible consequences? Where does the buck stop? Or more precisely, how do we, the body politic, protect ourselves from a system of governance that has less and less individual responsibility controlling (or trying to control) a civil service who are screwing things up with, it seems, alarming regularity?

In my opinion it is becoming a less than acceptable system, and parliament, in a bipartisan way, ought to do something about it. Let’s examine why.

On the one hand the public needs to understand how complex a minister’s job has become. On the other it must have confidence that the proper use of the convention of ministerial responsibility will lead to adequate ministerial accountability. Otherwise we are unable to answer the ultimate question of where the buck stops, and that means errors are likely to continue and increase. Anyone versed in management recognises that if there is not a final place for where responsibility will rest, it can lead to some very bad outcomes. A minister is the ultimate manager of a government department. “I didn’t know” can only go so far.

The rest of us have to deal with increasing rules and regulations usually made by the parliament. Is it time to turn the tables? If so, how? 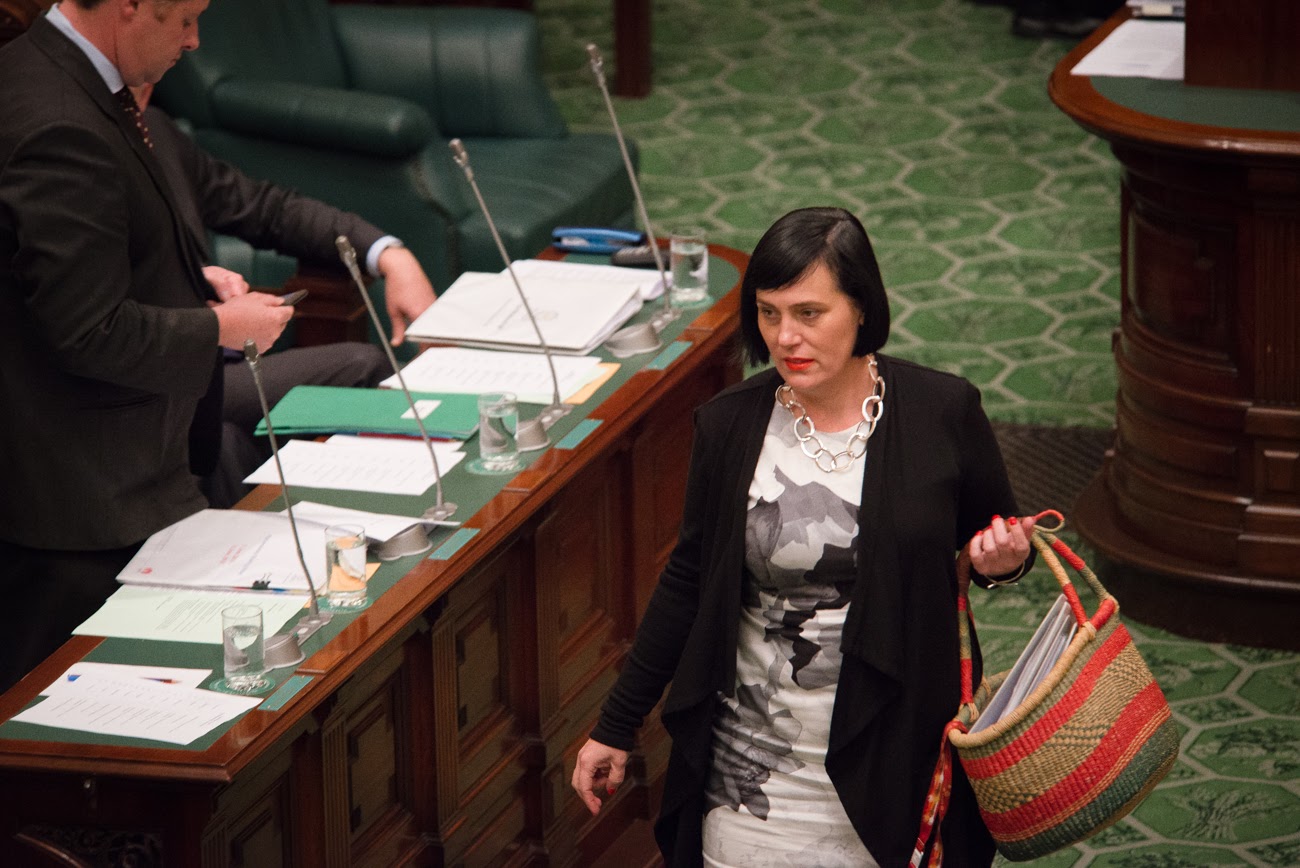 Mental Health Minister Leesa Vlahos is the latest cabinet member to be caught up in controversy about ministerial accountability. Photo: Tony Lewis/InDaily

The interesting thing about parliaments is that they usually allow an industry to try to sort itself out before regulating and legislating. This approach often cheaper and more efficient. However, you can rest assured that if you don’t sort things out, parliament will step in.

If, like some industries, parliament can’t sort this problem out, the body politic could ask that the convention be better defined, codified or become part of our constitutions – state and federal. If governing by convention is failing the people there may be other ways. Given that parliamentarians must embrace and promote constitutional amendments, however, that would seem a distant likelihood.

It is difficult to find any citizen who believes that the convention of ministerial responsibility is working effectively. Indeed, it is quite the opposite. There is a disturbing resignation in the electorate who, in the face of a seeming ministerial immunity from responsibility, have given up the fight. That is, of course, a very concerning turn for healthy democracies and can only makes matters worse.

Just as parliament can ask a sector for good behaviour, so can we, the people. It would only take a minster or two to behave to embrace the convention of ministerial responsibility and our faith would be restored. Power, however, is a hard beast to mount and, once in the saddle, doubly hard to give away.

Disclosure: Morry Bailes is a member of the Liberal Party.