In the mid and latter months of 1942, Australians fought alone against the Imperial Japanese Army as it marched over the Owen Stanley Ranges in New Guinea towards Port Moresby. Then as now, Australia was not strong enough to defend itself – but it did.

The names of the soldiers who stopped them are carved on war memorials in country towns and outside of council buildings across Australia. We barely acknowledge their existence: Private Bruce Kingsbury (VC), Corporal Charlie McCallum, Lt Colonel William Owen and Captain Sam Templeton, to name just a few.

They did not die for Britain or America or for speculative property ventures or exorbitant executive salaries. They died for an idea that as a nation, we are more than the sum of our bank accounts and holiday homes. They died for a collective vision of a society – not an economy – advancing proudly in to the future.

Winston Churchill finally relented to Prime Minister John Curtin’s urgent pleas for the return of Australian troops from the Middle East – but not before Churchill tried to divert them to Burma. To those who fawn over that breeding anachronism, the royal family, this mob would have let Australia fall to the Japanese with a vague promise of recapturing it later.

As for the Americans, General Douglas MacArthur, the allied warlord in the Pacific, created a propaganda machine so effective, that kids reading history books today think it was the Yanks who stopped the Japanese on the Kokoda Track and not the Australians.

As the Japanese marched south towards the Kokoda Airfield, two largely untrained conscripted militia battalions were sent to defend it. These were the 39th and 53rd – about 500 men – called the ‘Maroubra Force’.

Their average age was 21. They were called ‘chocos’ because the public thought they would melt like chocolate soldiers in the heat of battle. Most of the 39th were home guard. They knew nothing about jungle warfare. Many had never fired their weapons. Now these warriors of the working day were defending Australia.

The mountainous jungles seethed with life. The trees formed a dark dripping canopy and the heat and humidity was stifling. Moss covered trees lay over fast running streams as Australian soldiers, many born in cities, lay in dug-ins and waited for the enemy. Some shook with malaria while others held their guts, cramped with dysentery.

The Australians held the airstrip against 3000 Japanese soldiers, lost it, counter attacked but were forced back to Isurava, 10km to the south. As they waited for reinforcements, more enemy troops made their way up the Track.

Just as it looked like the Maroubra Force would be wiped out, Brigadier Arnold Potts arrived with two battalions of about 1000 men: the 2/14th and the 2/16th. Potts was a short, tough and nuggety farmer from Western Australia. He had fought at Gallipoli and in France in World War One and was a gifted military strategist.

His men were fit and fresh from the Middle East but there was a problem. The advanced supplies promised by HQ in Port Moresby had not arrived.

The Kokoda heroes believed in Australia, in the democracy they had built and the future their country held.

The head of the Australian forces, General Thomas Blamey – who was safely ensconced in Brisbane – kept directing Potts to attack but to do so would have been suicide. The Australians were under-supplied and outnumbered five to one.

The Japanese threw everything at them and pushed them further back but not before a string of extraordinary last stands, which yielded more Allied decorations than any other battle in the Pacific, including a posthumous Victoria Cross for Bruce Kingsbury.

One of the last gestures of defiance at Isurava was by Corporal Charlie McCallum, a farmer from South Gippsland. This is from Paul Ham’s book, Kokoda.

McCallum sprayed the enemy with his Bren gun and when it ran out of ammunition, he grabbed a tommy gun from a dead mate, all the time firing in to the advancing Japanese. He was wounded three times but kept on firing. He killed 25 Japanese and received the Distinguished Conduct Medal. He died later on the track.

The Japanese were bloodied and bruised but kept up a hot pursuit on the withdrawing Australians. Potts called up his reserve battalion, the 2/27th, formed in South Australia. They were led by Lieutenant Colonel Geoff Cooper, a member of the Cooper brewing family.

The Australians fought a decisive game of cat and mouse. They attacked, broke off and attacked again. This is called the Fabian strategy, after the Roman dictator Fabius Maximus, who fought a war of attrition against a much larger army led by Hannibal. Potts knew the difficulty of trying to supply an army over the mountains. It was a lesson he would teach the Japanese.

Pott’s little army soon found itself in deep trouble. In a classic pincer movement, the Japanese cut the track and divided the 2/27 from the rest of Pott’s HQ and group. The only escape for Cooper’s men was through the jungle. For two weeks, Cooper led his starving troops through thick jungle into a plantation near Port Moresby. He saved their lives.

When the 2/27th first arrived in New Guinea it had 777 men. When it pulled out of Gona in January 1943, only 70 walked away. Everyone else was dead, wounded or hospitalised with tropical diseases.

In the hour of greatest danger, the Japanese stopped. They had run out of food. Some cannibalised the dead. The Japanese had relied on speed to capture Port Moresby and now their soldiers were starving and riven with disease. Pott’s defensive battles had exhausted their supply lines. 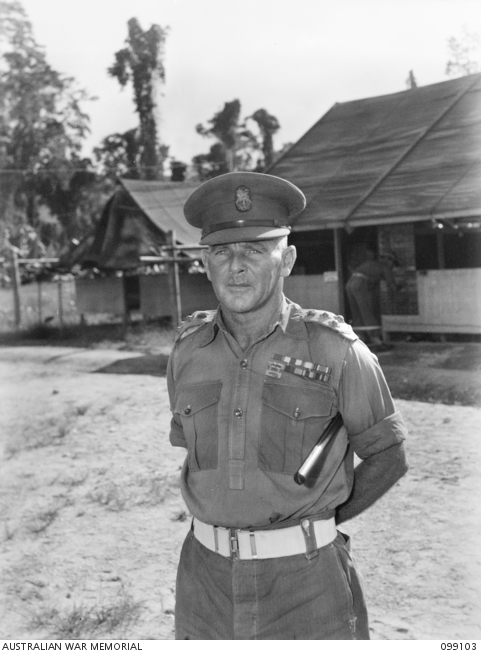 Pott’s strategy and the Australian victory at Milne Bay, left the Japanese with no choice but to withdraw. They were harried all the way back to New Guinea’s north coast, where they were wiped out.

Pott’s strategy was tenacious and uncompromising, a fact which MacArthur and Blamey failed to appreciate. Blamey was ignorant of the terrain, the weather, the fighting conditions, the problems of evacuating the wounded and the size of the enemy force. He was out of his league.

Potts was sacked by Blamey on 22 October 1942 even though he had demonstrated inspired disobedience in winning the withdrawal. He later commanded with distinction the 23rd Brigade of II Corps in Bougainville. Potts was the hero of the Kokoda Track.

If you work in a large organisation, you’ll readily recognise the psychological profiles of men like MacArthur and Blamey. Tin pot emperors who bully, berate and sacrifice more capable men and women, so they can wallow in the plaudits of an unknowing public. Australia has had a couple of Prime Ministers of late of the same ilk.

At the going down of the sun and in the morning, remember Arnold Potts, Geoff Cooper and the diggers who fought on the Kokoda Track. They were true Anzacs.