April 28 this year marks the 20th anniversary of the worst mass shooting in Australian history. For those of us who were around and remember the event, it has left an indelible mark. For those who weren’t, the echoes of the past are well known to every Australian. We sadly now remember Port Arthur not only for its historic significance, as a penal institution of the past and tourist attraction, but also the scene of unspeakable murder.

Survivors recount the horror of the event as it were yesterday. Many lost family members and friends, in a brutal, merciless display of violence at the hand of perpetrator Martin Bryant, and many still carry devastating physical and psychological injuries. Such was the violence of Bryant’s outrage that, to this day, the episode goes down as the third worst mass shooting by any sole gunman in history.

Little wonder then that Australian gun laws became the first significant concern for then nascent Prime Minister John Howard. However one might remember Mr Howard, he and his government took the kind of action that US governments have refused to take, notwithstanding the relentless incidence of mass shootings in that country. There are few Australians who do not respect Mr Howard for his decisive and courageous handling of this issue, only six weeks after the commencement of his Prime Ministership And it would seem that Australian public opinion has changed little in the past 20 years.

Mr Howard faced down the gun lobby, which expressed some legitimate concerns. Guns are a way of life for agriculturalists and hunters who are usually highly responsible gun owners, using their firearms as a work or recreational tool. All that said the Australian public accepted in 1996 as I believe it does today that there is no place for semi-automatic and self-loading weapons in civilian life.

Thereafter from October 1996, with the agreement of the states and territories, began the biggest buy-back of such weapons in Australian history. The buy-back resulted in the state purchase of something like 700,000 firearms by September of the following year. Ultimately, with further gun amnesties the number rose to nearly one million. Are we better for it? Ask your average Australian and there seems to be a prevailing view.

There are members of the gun lobby who remain displeased but they are a minority. To underscore the risk associated with even conventional weapons we need only remind ourselves of the horrific actions taken by Geoff Hunt in Lockhart last year in murdering his entire family and then turning the gun on himself. Depression and psychiatric illness is often masked within our society, and we must not only craft law for the responsible and the sane. Rather, the high watermark on occasion needs to be set by contemplating the worst of outcomes.

Those concerned to preserve our current laws and our present approach were alarmed last year to learn of the import of the Turkish made Adler shotgun capable of firing 12 gauge rounds in quick succession. Though lawful, the weapon appeared capable of doing what in effect had been banned by the 1996 reforms. Then PM Tony Abbott slapped a ban on its importation. The issue remains under consideration, with consultation at state and territory level.

Have the Howard reforms made a difference? At the time of the Port Arthur massacre it is reported that 30% of homicides in Australia involved the use of a firearm. In 2011 the Australian government reported the statistics had reduced, but then gun violence was, it has be argued, trending down anyway. There is a downward trend in suicides in this country, but in 2009 the Australian Institute of Suicide research and Prevention at Griffith University found that the more likely cause of the decrease was “change in social and cultural attitude …”

Academics appear to disagree on the evidence as to whether the 1996 National Firearms Agreement has made a significant difference, but what’s new? While not questioning the independence of any of the academics involved in this research, there are examples in other industries where there seems to be an odd relationship between the outcome of research and who commissioned it. Nevertheless the literature is unable to paint a certain picture in this case, with academics and experts split.

What has changed is the incidence rate of mass shootings. Since 1996 there have been no mass shootings in Australia, but then neither has there been in New Zealand where semi-automatic weapons remain legal.

All that said, the Australian Institute of Criminology has stated that the “number of victims of firearm-perpetrated homicide [i.e. murder and manslaughter] has declined by half between 1989-90 and 2009-10 from 24 to 12 percent’, and there are certainly less guns in this country which, while not a universally held view, is considered by the majority to be a good thing.

Mixed into this debate is the question of the reach of government law and regulation versus the right of the individual, but that has not, it would seem, had much truck with the Australian population on this issue at least.

Finally, homicides by firearm at the hands of organised criminals and the like will continue irrespective of government regulation. Stating the obvious, wannabe crooks are unlikely to purchase a handgun lawfully. A 2002 crackdown on trafficking handguns however appears to have had a positive effect in that category of firearm, and there have been continued efforts to deal with this particular problem. As late as 2012 federal, state and territory governments reached an agreement to further combat the illicit trade of guns. 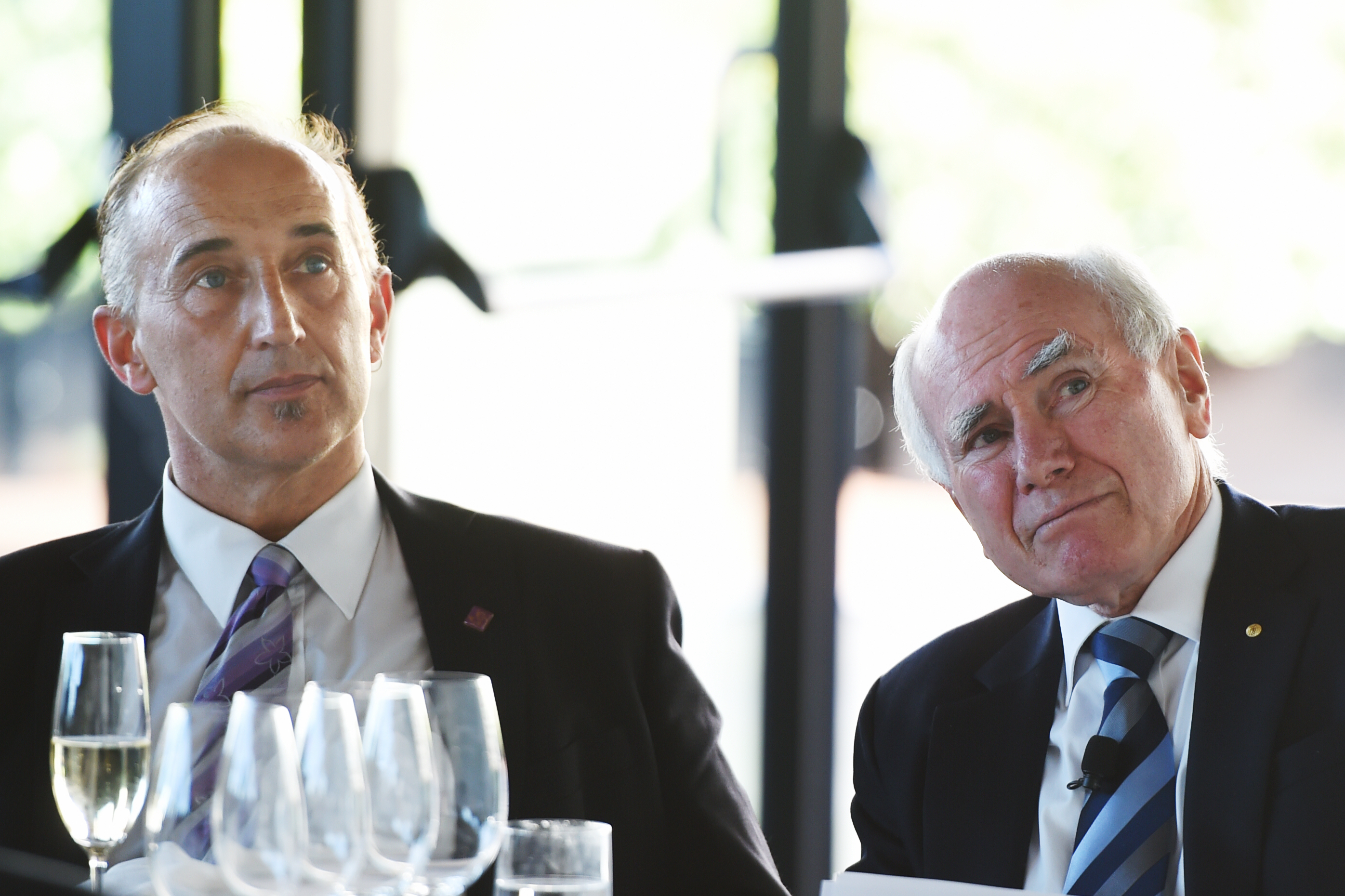 Where does that leave us as the anniversary of Port Arthur approaches?

There are not many in Australia who would want our law changed, least of all police and their leadership. The horror of this dreadful event in our history and the continued anguish and pleas of the survivors is difficult to ignore. Mr Howard remains convinced of the reforms on going validity, and is respected for his leadership on this issue.

As to the Adler shotgun, if I were a betting man I would expect its proliferation will be stayed by governments, but the decision looks like being overtaken in Australia by an impending federal election.

As I often end by saying in these columns, this is a subject for the people to decide upon and it is the parliament’s duty to follow. Many regard Australia as having the gold standard in gun control, and while one can debate the statistics and their interpretation till the cows come home, I think we will be reminding our governments of the awfulness of Port Arthur for many years to come.

Ultimately this subject is one both of policy and politics. There is no appetite in Australia to change the course of policy now settled these last 20 years. As to the politics, what government is likely to have the inclination to turn the tide on gun reform in this country? To do so would invite a Sir Humphrey Appleby analogy. Most importantly, led by the example of Mr Howard, successive governments have done and continue to do what the body politic desires in this area, so for that reason alone they are obliged to keep the screws on.

As to reading the tea leaves on the statistics and the accompanying research and commentary by academics and experts, I admit to feeling a little hollow, but then one needs to be concerned with fact not fiction. I expected a clearer finding that the reforms had dramatically changed circumstances in this country for the better, against the ever present backdrop of gun violence in America, and on one interpretation they have. Perhaps at the end of the day this is about us as a people. We have ever been a more homogenous society than the US, which is perhaps a greater force than any legislative reform. Maybe the legislative reform was simply an extension of our national conscience.

So we remember the dead and the survivors of one of Australia’s blackest and most tragic days, with a sense, based in evidence or otherwise, that Mr Howard in enacting his laws got this dreadful chapter in Australian history right.

Morry Bailes is the managing partner at Tindall Gask Bentley Lawyers, treasurer of the Law Council of Australia and is a past president of the Law Society of SA. The opinions expressed in this column are his own. Disclosure: he is a member of the Liberal Party.