Much has already been written and said about the Paris attacks. Terrorism is violence with a political motive, plainly displayed in these outrageous acts. What happened here however is also murder pure and simple: murder celebrated, encouraged and sanctioned by the terror cells proliferating in Europe and parts of the Middle East, and their sympathisers. It is also an assault on the West. While it may have been Paris targeted this time, the message is intended for all of us.

Australia has certainly shown that it is not immune from the current reign of terror, and there is a sense of inevitability among police that terrorist outrages may be visited again upon Australia. I hope for our sakes that is not so.

Unlike the United Kingdom where the Attorney-General is responsible for law, and law alone, and where home security is left to the Home Secretary, our Federal Attorney-General George Brandis as the first law officer must deal not only with law but also security. It is a difficult and challenging job, more so in the current environment of uncertainty and fear brought about through not only these most recent Paris murders, but a spate of terror-related killings in the West and the Middle East.

The response must of course be a practical one, ensuring we are served by adequately prepared and resourced police and intelligence agencies, but it is also a response which in the first instance is rooted in law. Therein lies a dilemma and it goes to the very heart of what we would have our security agencies do.

The outpouring of sympathy for the Parisians and all those affected by the Paris attacks aside, there is a building theme that security agencies in France did not do enough to prevent or limit these events. Like many others I am not in a position to reach such a conclusion, but it begs the question: if the same were to happen in Australia are we in a sufficient state of preparedness? If the same thing happened here would we be asking of ourselves that same question – have we done enough?

As a lawyer I am innately against the loss of liberties and privacy at the hand of the state. There are some very good examples in history where such liberties have been sacrificed to the state with some very bad outcomes. As Rousseau said, “Free people remember this maxim: we may acquire liberty, but it is never recovered if it is once lost.”

In the case of our Federal Parliament a good case in point is the recent passage of our metadata laws. Lawyers were either opposed to, or at least unsettled by, the laws, but for the large part we did what we could to understand the importance of the national security issue while trying to balance that against the right of every citizen to privacy as a fundamental liberty.

Britain recently passed laws that permit security agencies to retain email and phone records. These laws weren’t a new idea: they were required because in April the European Court of Justice found an earlier iteration of the laws to be unlawful on the basis that they infringed human rights. In this country police can access records but only after the granting of a warrant by the courts.

The debate that is required here is about the balance between the right to individual privacy versus our preparedness to allow intelligence and law enforcement agencies into our private lives to detect and prevent terrorist threats.

There are a few pointers as to what we ought to allow. Any law must be proved to be of benefit. There is little point to giving up a liberty for a law that may help only a little in policing such threats – and law enforcement agencies can be prone to over reach. To borrow a phrase from Trotsky, “The end may justify the means as long as there is something that justifies the end.”

It would also never sit comfortably with the Australian electorate if laws were overly draconian. As with the British laws, those recently passed in Australia enjoyed bipartisan support. Security agencies are often the only ones to properly appreciate the extent of current threats. For obvious reasons obvious, the public can only ever know after the event the details of the intelligence available to our agencies who are responsible for our protection. 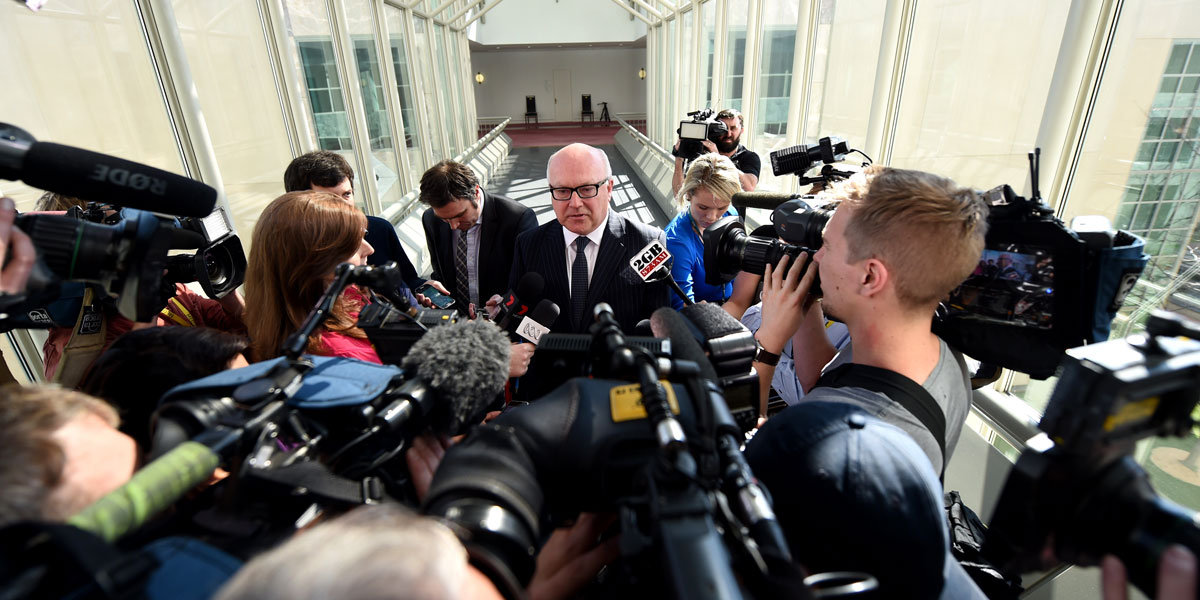 As each Federal Attorney-General is sworn to office, each seems to take an increasingly sober approach to our security and intelligence assessments and needs. More so than any other office the weight of responsibility for our internal security and safety falls to that of the Attorney-General. He is the minister responsible for ASIO and is privy to intelligence that would no doubt scare us all.

The concept of liberty is synonymous with the French way of life, like no other state. The galling nature of the Paris attacks is that it happened in the capital of the country that treasures like few others plurality and freedom. Liberté, égalité, fraternité are however universally held values across the Western world. The attack on Paris is an attack on the Western way of life and the values we hold dear. Is it that national psyche and generosity of spirit that has contributed inadvertently to these events? And is this not one of the greatest challenges to our Western way of life? Our greatest strength is also our greatest vulnerability. How do we balance our freedoms against the determination of those who would do us harm?

Thus we must ask of ourselves what is the price of freedom and liberty, and are we prepared to pay it? Security is important but as Dwight Eisenhower famously said, “if you want total security go to prison. There you are fed, clothed, given medical care and so on. The only thing lacking … is freedom.”

Law ought to reflect societal attitudes. Our politicians ultimately represent the will of the people. It requires us therefore to think carefully about what sort of society we wish to live in, and what we would have our parliament and security agencies to do. It is not up to others: it is up to us to answer these questions. We cannot abrogate our responsibilities as citizens of this country and we must recognise the infernally difficult razor on which our Federal Attorney-General daily treads. On the one hand he must uphold the grand traditions of our democracy, while on the other be in a position to answer Australians if ever asked that dreadful question: did we do enough?

Morry Bailes is the managing partner at Tindall Gask Bentley Lawyers, Member of the Executive of the Law Council of Australia and immediate past President of the Law Society of SA. The opinions expressed in this column are his own.