Chris Picton’s arguments about so-called conservatives stifling innovation and change in Adelaide are flawed and hide an underlying truth that isn’t as positive as he would have us believe.

He cites some fairly obscure statistics to prove his point, stating that 55 liquor licence applications is a measure of a vibrant economy. Now I am a fan of the Royal Croquet Club, small bars and pop up food trucks but there is more to the South Australian story than that.

Increased vibrancy is a good thing but there is no such thing as a small bars-led recovery. If the simple act of drinking more alcohol could somehow fix the underlying structural problems in our economy I would say drink another glass of Barossa Shiraz, in fact, drink two.

But even if there was such a thing, we would not be having it. ABS statistics show that in 2010 we had 601 pubs, taverns and bars and in 2014 we had 615. Yes that is right: we have had a net increase in new bars of 3.5 bars per annum. Hardly what you would call vibrant growth.

The answer, however, is not to shut down pop ups: it is to find ways to lower unnecessary regulations for all businesses in South Australia so that instead of a vibrant Victoria Square or Rymill Park, we can have a vibrant South Australia where our business numbers head north and not south.

And why are businesses closing?

According to the Commonwealth grants commission we have the highest taxes in the nation.

Water prices are 236 per cent higher than when Labor first came to power.

A 2015 Uniting Care report shows that we have the highest electricity prices in the nation.

Contrary to Picton’s assertion, people are not coming back to South Australia with the state losing an average of 3300 people each year over the last decade.

Regulation is so burdensome that it is actually keeping people who have jobs out of work – we only need to look at the 4000 people currently waiting for background checks to see that.

Conservatives are not looking at “the vibe”, as Picton asserts, they are looking at the statistics. They are on the ground laying off staff and struggling to keep things going and deal with the lack of confidence in South Australia.

As ancient Rome was burning Nero fiddled instead of dealing with the underlying structural problems with the empire. Is the same thing happening here?

We need government to do the boring things and do them well: keep spending modest and disciplined to ensure taxes are lower over the longer term; invest in fixing the fundamentals of our economy so that South Australia is the best place to do business; block new regulation that in isolation seems like a good idea but cumulatively boils the proverbial frog. 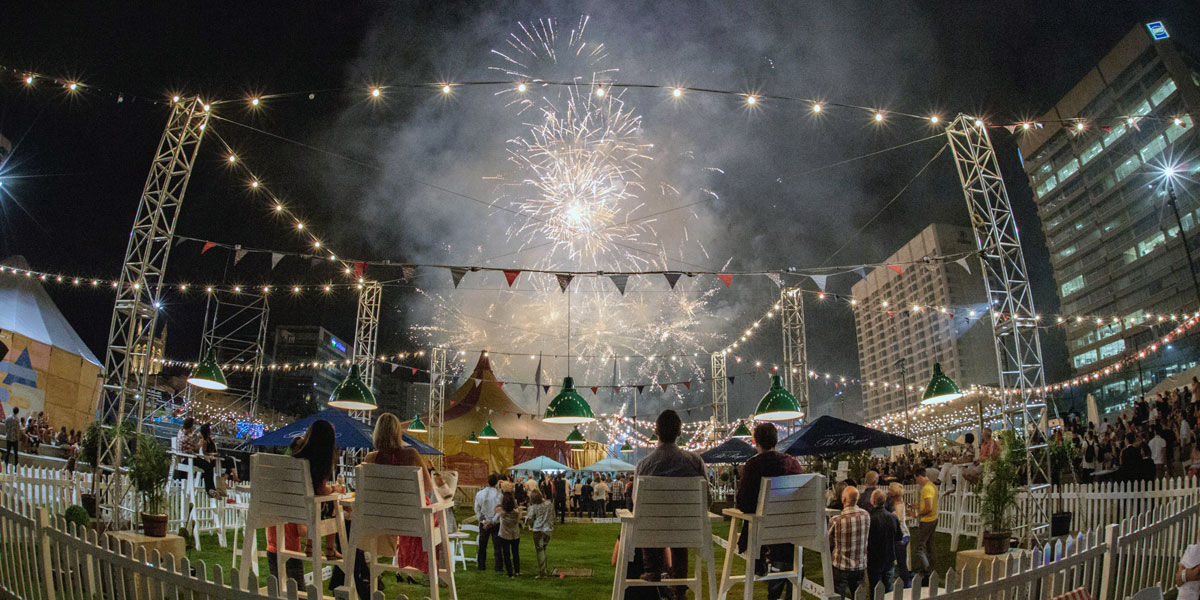 The Royal Croquet Club lights up Victoria Square during the 2014 Fringe.

Pop ups and small bars have a lower regulatory burden then bricks and mortar. From planning and development regulations, to permanent overheads, to full-time staff, the playing field is anything but level.

The answer, however, is not to shut down pop ups; it is to find ways to lower unnecessary regulations for all businesses in South Australia so that instead of a vibrant Victoria Square or Rymill Park, we can have a vibrant South Australia where our business numbers head north and not south.

John Key, Prime Minister of New Zealand said in a speech to the Latin America – New Zealand Business Council: “As a country, we can’t get rich simply by selling things to ourselves; we need to be competitive on a global stage and take advantage of international opportunities if we are to lift New Zealand’s economic performance.”

Since the 2011-12 Budget, this Labor Government has slashed funding for the main State Government program aimed at stimulating exports from $30 million to $19 million. As a result, the latest merchandise export figures are stagnant at $11.61 billion.

John Key is right: vibrancy is not turning on some fairy lights on Bank Street, it is working to improve our export economy and jobs market. These are the measures by which we should judge our state.

Hopefully, by improving these figures, the ensuing real jobs growth may mean that we have a few extra dollars to spend on an extra glass on Barossa Shiraz at a small bar in Adelaide.