Philip White reflects on the achievements of his friend Big Bob McLean, 67, who died in April.

The Old Lion was thumpin’. One boofhead clocked somebody and swung at somebody else. A huge man lumbered through the pack, took the assailant under his arm and steered him to the bar. Sat him on a stool, bought him a beer. Put a cheap cigar in his mouth, lit it, and said: “Now we’re gonna sit here while you enjoy that. Then you’re leavin’.”

That was the first time I saw Big Bob McLean. He was living upstairs in The Lion, where he did a form of public relations for publican Ron Tremaine, and worked as a crowd controller at the Redlegs Club in Norwood.

He was yet to be discovered by Sid Gramp and Tom Morris of Orlando.

It’s difficult to explain what the Australian wine industry was like in those early ’70s. By the time I fell into it full-time at the end of that decade, the big bouncer had done a stint wiring elevators and was national PR manager at Orlando.

There were almost 300 wineries in Australia: mostly little dirt- or stone-floor jobs with galvo. And there was the PLO: Penfolds, Lindemans and Orlando.

Penfolds was a secretive sort of a bluestone pile at the top of The Parade, with an even more mysterious satellite at Nuriootpa. It had sales blokes, and Max Schubert, who did the only PR I can recall, in his shy, gentle way. One got the feeling he did it without the approval of his employers.

Lindemans was an arrogant Sydney outfit. To be more precise, it started in Coonawarra, went up the river past its Karadoc winery, then Australia’s biggest, at Mildura, and grew even bigger-headed the closer it got to Sydney, where it had a shuffly New South Wales PR/sales bloke called John Baxter.

And then there was Orlando. General manager Guenter Prass had sent McLean from headquarters at Rowland Flat to Sydney, where the competition was. He was the only national PR bloke in the wine business. And he was the first person I ever met who had a telephone in his toilet. 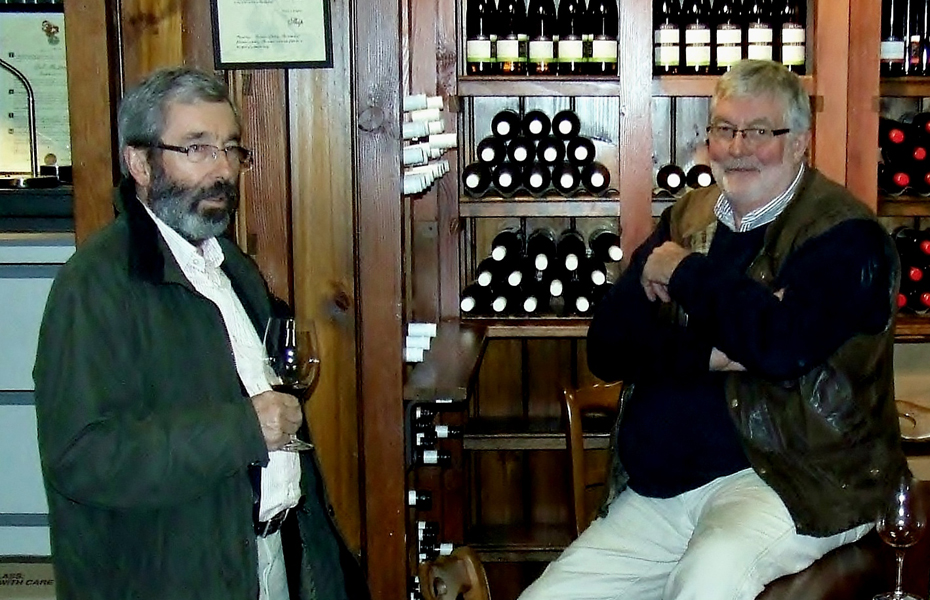 McLean was a jolly soul. The big fella with the neat beard – a rarity then – and the gravelly voice; a backslapper and hander-out of cigars. And pourer of Pol Roger, which Orlando distributed. McLean called Pol “PR”, as in “I’m off to do some PR”, and in those days of naive wine industry references to terrorist organisations, we called his burgeoning belly the Pol Pot. He was Pol Pot. From the PLO. It was nearly impossible to attend a glitterati show of any sort in Sydney without Pol Pot shoving a glass of PR in your hand. I don’t recall much mention of Jacob’s Creek.

Sydney loved the impeccable bluff giant from the south in the blue blazer and perfectly-pleated slacks. And it quickly learned to love Pol Roger.

Hardy’s was somehow getting bigger in the very early ’80s, and stole a former tabloid editor, Bob ‘Mechanical’ Mayne, from the Australian Wine and Brandy Corporation, where he’d been doing PR from a snakepit of an office underneath something in the Royal Sydney Show Grounds. Mayne was moved to Hardy’s McLaren Vale headquarters; McLean was moved back to the Barossa, where he seemed to shrivel somewhat. But nevertheless, Adelaide was taking control from Sydney. Adelaide was beginning to realise it was a wine town.

The cocky Brian Croser was on the ascendancy in those early ’80s. Like Burge and Wilson and Tim Knappstein, he promoted himself as a young winemaker, but better than the rest. Almost annoyed that he wasn’t part of the family, he’d left Hardy’s, done a stint as an academic setting up a wine course at Wagga Wagga and established Petaluma with the help of Len Evans, the former Mount Isa Mines storeman who’d magically transformed himself into a wine-buff restaurateur at the infamous Bulletin Place on Circular Quay.

Evans wrote about wine in The Australian, ruled the Australian wine show system and somehow ran Rothbury Winery in the Hunter, where once I signed a receipt chit for a shipment of essence of oak chips, an illegal wine additive.

Having just bought the Bridgewater Mill, without really knowing what to do with it other than awkardly squeeze a posh restaurant and fizz factory into it, Evans and Croser made McLean PR and marketing boss of Petaluma. Evans called McLean Sir Lunchalot. They moved him, his wife Wilma and their kids Adam and Sarah to a cottage on a small farm with a vineyard in Aldgate Valley in the South Mount Lofty Ranges. They put him in a Range Rover; he replaced the blazer and slacks with RM Williams’ moleskins, a Driza-Bone and Akubra. The new era of ‘smart country’ wine fashion began.

Although they were blithely, unwittingly copying the wines of France, very few Australian winemakers had bothered to visit it in those days, largely because “the Frogs speak French, don’t they?” and they didn’t, like London, have cricket. But as foreign journalists began to learn about the new Australia and surrender to McLean’s hospitality at the Mill, Sydney, Melbourne, Perth or Adelaide – it didn’t matter where you were, you could feel a movement. Evans pushed McLean to begin to think offshore and dream of the possibility of an international boom for Australian wine.

While these presumptuous colonial boyos were self-righteously pushing their high-country, cool-climate dogma, things were also happening in the Barossa. Rough-hewn Aussies like Neil Ashmead and Robert O’Callaghan were beginning to prove that you didn’t have to have a Petaluma-like steel wine refinery to make the sort of clean, sound wine that was becoming fashionable.

O’Callaghan had made a hero of himself and his Rockford Wines (secretly backed by Doug Collett of Woodstock in McLaren Vale) by forming the Barossa Residents’ Association, which put a halt to the Labor government’s nefarious Vine Pull Scheme on planning grounds. This destruction had, to a degree, been instigated by the likes of Croser, who preached as if the Barossa had no future: if you believed him, old-fashioned, warm-climate winemaking was a thing of the past. Dead and gone. With its unfashionable Shiraz. 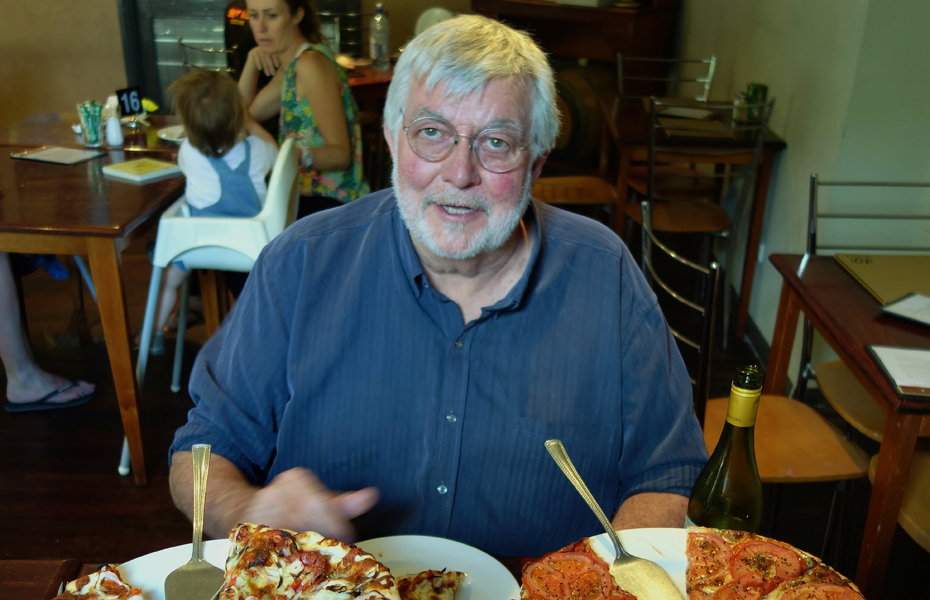 Liking the idea of an influential neighbour down the road, O’Callaghan convinced McLean to return to the Barossa. With Karl Lindner, who owned St Hallett, they seduced him with a share of that business. Lindner made him managing director. He swapped the Range Rover for a Jag and plunged into export and building St Hallett. He got into local politics big-time, even convincing the powers that were to drop the Valley and concentrate on brand Barossa. He got onto the Tourism Commission and changed the way government thought about wine regions.

Lindner ceased waving his axe at the barely-yielding Old Block Shiraz vineyard, and McLean built that into a very Australian, utterly Barossa international premium brand. He added the phenomenal Gamekeeper’s Reserve red blend, became an international traveller, and in place of taking them to the Bridgewater Mill, began hosting international wine writers at the fledgeling Pheasant Farm. Maggie Beer was more famous in London than she was in South Australia, thanks to McLean.

To feed the phenomenal growth of St Hallett, McLean introduced the owner of Adelaide’s Channel Nine, John Lamb, to the company. Lamb taught McLean how to grow a business even further, buying Tatachilla in McLaren Vale, forming the umbrella company Banksia Wines and floating it in 2000. McLean claimed that as he left the Hyatt Hotel elevator after doing the closing sale deal with Lion Nathan boss Gordon Cairns in 2003, he bumped into Croser, who was following him in, having just stretched Petaluma to bursting point by buying Mitchelton, Knappstein and Stonier. All these companies are now part of the leviathan Japanese transnational, Kirin.

So what did McLean do with his money? Followed Wilma to the pinnacle of Mengler Hill. She selected the old Polner property: a prime slice of those lofty Barossa tops; together they planted a radical back-to-the-future bushvine vineyard with no irrigation.

While the barr-Eden vineyard is an unlikely cross between what Croser preached was over and the sort of lofty cool altitude he pumped as the essential component of the Petaluma he sold, such things grow slow in rocks with no water.

Inspired, too, by Evans and Croser, the McLeans flirted dangerously with restaurant management with their posh Barr Eden nosherie in Angaston, which they closed after losing a lot of money.

Always in businessman spirits but rarely in top health, McLean spent his last years patiently waiting for a commercial crop, which took a decade. The razor-sharp, stoic Wilma bred large meat sheep to control the vineyard weeds, and will continue to do so. Sarah is married to the architect Matt Bell; they have three kids. Adam works for Ben Radford at Rockford, in the winery. The McLean family will continue to run barr-Eden: it’s business as usual.

There are around 2500 wineries in Australia now. O’Callaghan is retired. Evans died years ago; Lindner has cancer. Croser is making a comeback at his vineyard way down the bottom end of the same South Mount Lofty Ranges that are home to barr-Eden.

Knowing his number was up, McLean turned his last interview, with photographer Milton Wordley, into his last will and testament. He literally dictated his own death press release. You can read this remarkable document on Wordley’s blog.

With time, I shall be sorely tempted to extend this reflection on my own blog. The McLean story is even bigger than he was. In the meantime, I sorely grieve a great man who I shall miss terribly and celebrate thirstily.