If you’re a woman in your 40s, chances are it’s been a while since you read a book in which you recognised yourself. You pick up crumbs from chick lit, where the concerns of 20 and (more rarely) 30-somethings can be the concerns of women of any age.

If your tastes run more to literary fiction, you may see glimpses of yourself, or of the future, in tales of women from the past or the heroic elderly. In part, I wrote my own book – featuring women like me and my peers – because, to quote that great sage and philosopher Morrissey, most women’s fiction says nothing to me about my life.

As British thriller writer Louise Doughty pointed out in a recent interview, women in their 40s – often one of the most interesting and challenging decades in a woman’s life – are almost entirely absent from contemporary fiction. “In the two decades in the middle of our lives, we’re supposed to just disappear,” she said. “We’re not sex objects, and we don’t yet have gravitas.”

The fact is, though, that women in their 40s can be both sexy and serious. But if you want to see that represented in fiction, the place to look is not on the shelves of your local bookstore. You need to turn on the TV.

From Julie Rafter holding together her family of kiddults, her unexpected pregnancy and her father with dementia, to the fascinating “bad mothers” of Weeds and Nurse Jackie, television is full of formidable, funny and very sexy women in their 40s and 50s. And there’s a good reason for that.

Since its inception, television has been a ladies’ medium because television’s purpose is to sell stuff. Classically, soap powder (hence the generic title, “soaps”).

These days, in the terminology of the industry, advertisers are trying to attract “grocery buyers”. That’s women in the 25-54 age group who typically manage the household budget and control the buying decisions, large and small.

On a household level, women have the economic power, and our reward is to see ourselves reflected back to us in a whole universe of interesting, appealing and relatable ways.

What’s weird, though, is that although there is not the same hard data about book sales in Australia as there is TV ratings, it’s generally understood that the vast majority of book buyers – particularly buyers of fiction – are women (in the UK, women account for about 67 per cent of total book sales).

It’s also understood that a good chunk of those women are over 35. In literature we have the same sort of economic power as we do in the world of television, but you wouldn’t know it from the stories being offered to us.

Amid all the chat – the very welcome chat – around the Stella Prize, there’s another question no one’s asking. Why are women in the middle decades of their lives so absent from contemporary fiction, when we’re the ones buying the books? 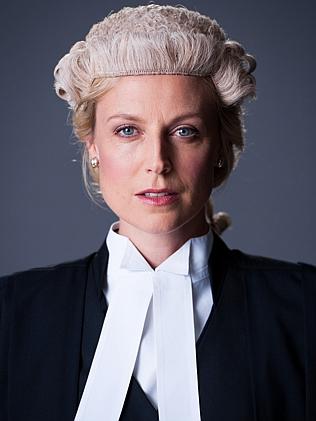 Marta Dusseldorp as Janet King, in the ABC TV series of the same name.

Gives new meaning to “power behind the throne”.

The smartest guy in the room. And a mother. And a lesbian.

As she busts through the glass ceiling (bust-first), Joan’s journey proves the more things change, the more they stay the same.

From cheating husbands to scheming colleagues, no one gets the better of Alicia. (With special mention to Diane Lockhart: feisty, sexy – and 60-something.)

Melinda Houston is a Melbourne-based journalist, TV critic and author. Her first novel, Kat Jumps the Shark, is out now.