There’s a big glass of Grenache in my hand. And in my nostrils, my mouth and throat.  It’s all over my gustatory division. It’s soused me. It’s gone straight through the walls of my greedy stomach into my blood, scenting it, so when it pumps through my heart into my lung tissues, it perfumes my exhalations. Jesus, Hell. Glory be.

Beneath a summery, nose-tickling waft of dust, and perhaps a whiff of the old rusty black tea tin, wallers a lollyshop of gummy jubes and gels made from blackberry, cherries – both morello and maraschino – and to a lesser extent, raspberry, which makes me expect a gelatinous creamy texture. There’s a whiff of cosmetic, somewhere between unscented coconut butter and a freshly dressed saddle. Further down there’s poached beetroot and turnip greens, and maybe just a dab of walnut furniture polish.

Drink it, and the wine is not at all creamy or even gelatinous. It’s a lot more entertaining than face gunk or jelly. It has a perfectly appetising viscosity: moderate to slender. It has perfect weight: fine to moderate. And the texture’s pretty much perfect, too, with very fine-grained, persistent tannins that set the salivaries oozing.

Long after swallowing, the organoleptics are still teased by the ongoing interplay of those cherry fruits and the beautifully appropriate tannins.

The wine is very long and tapered, of exquisite form. It reminds me of the divine Burgundian Pinots Jean-Pierre de Smet developed over his 20 years at Domaine de l’Arlot. Although these had very fine tannins when new, they were more tannic than people generally expect of Burgundy. I suspect this blend is less tannic than people generally expect of Grenache.

So there. In more than 30 years of slavishly pursuing them, this is one of the finest pure Grenache wines I recall.

So what’s missing? Only an obsessive would look for it: Other than that generic summer dust, the wine lacks any sense of what I might call geological terroir. Why? Because it’s a blend I’ve made of equal parts of six fascinating Grenache wines just released by Michael Twelftree of Two Hands in the Barossa.

With the assistance of finicky McLaren Vale consultant Toby Bekkers, Twelftree has selected four sites from McLaren Vale, and two from the Barossa.

“This will be ongoing,” he says. “My aim is to make 10 to 12 single-vineyard Grenaches each vintage but release only the best six. In 2013 I added a Clare Grenache off the Churinga vineyard to the chosen six.”

Michael finds untrellised vineyards of dry-grown vines on their own roots. The youngest are 47 years old. They’re shoot-thinned early to admit maximum light and air through the fruit, bunches that clump up are removed for the same reason, then they’re hand-picked. Winemaking is very gentle, with some whole bunches included in wild yeast ferments.

“I make sure I’m in each block the morning we pick,” Twelftree continues. “I bring all the fruit back to the winery on my ute and trailer. I like this because it forces me to keep the tonnes I can transport limited, hence keeping the project small.”

Twelftree’s perfectionism doesn’t stop there. To “maintain as much freshness as possible”, he’s commissioned a suite of small stainless-steel containers, from hogshead and puncheon size to 1000 and 1200 litres. Only a portion of each wine sees any oak, and this is always puncheons, so large they impart minimal flavour.

“I do wonder what more could be done to make a more authentic product.”

This yearning for authenticity has seen the finicky Bekkers name and age the precise geology of each block, and the overlying topsoils, at the head of each back label. This forensic attention to detail makes McLaren Vale’s so-called Scarce Earths Shiraz marketing project look a bit silly. But there’s one flaw: while the maker claims each wine is named after the street or road of the vineyard’s location, then its sub-region, these front label claims don’t always square with the back label geology. The maker promises this will cease with the release of the 2013s.

Otherwise, the price, $40 per bottle, is a modest consideration given their provenance and outstanding capacity to reflect their terroir.

Having first sunk myself in the blend, I then tasted the six components in the order Michael suggested, from the elegant Blewett Springs beauties from just over the ridge from my home, through the bigger Barossa jobs, to finish with the darkest-coloured, fullest-bodied wines, one from near d’Arenberg and the other the McLaren Flats. 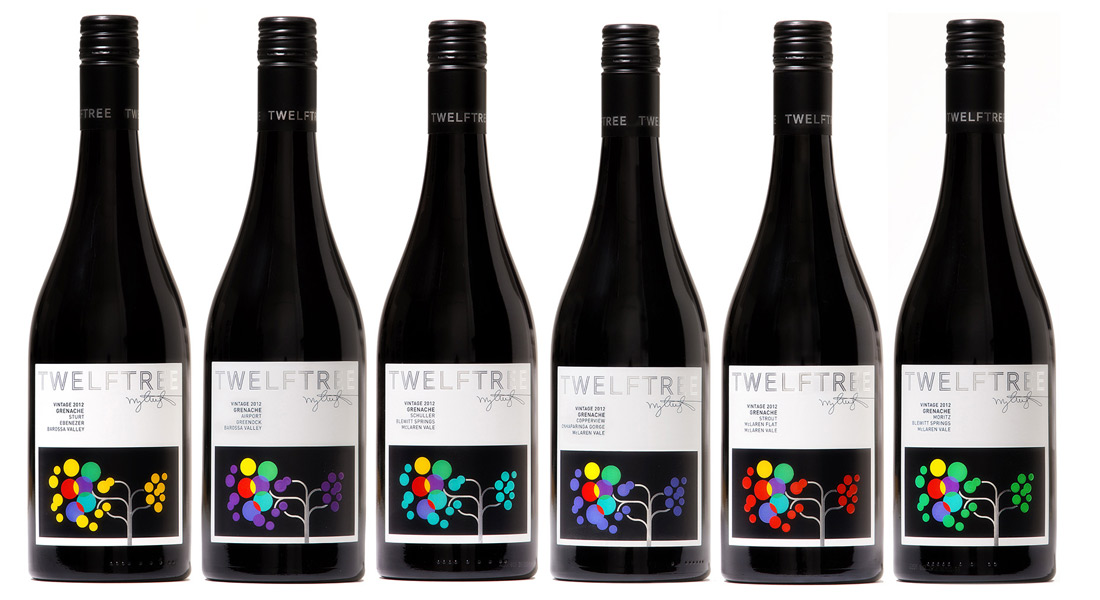 From a vineyard I could call a neighbour, this wine’s from white aeolian sand blown in recently on top of the underlying ferruginous Maslin Sand deposits, which have been there for more than 34 million years. There’s a layer of ferruginous clay between them. It smells more dusty than sandy, with maraschino cocktail cherries and bittersweet pickled morello cherries soused together in lemon juice; maybe there’s pithy strawberries in the bowl, too. The dark morellos dominate the flavour, which is a neat, tight, linear arrangement with a hint of fresh soft licorice. It’s fine of flesh, and its viscosity is just right for those joyous, open-hearted flavours. It’s much more like an elegant entry-level burgundy from, say, the Seysses family’s Domaine Dujac, than any traditional Ocker Grenache.

From a similar soil and geological profile, just over another hill, this wine is another thing again. The fruits are very similar, but this one seems to have a verbena topnote and a soaking red kidney bean base, perhaps from the iron in the clay.  It’s less fleshy than the Schuller, more slender and tight, and more demanding of food, like a gentle pork cassoulet.  I suspect it’ll be a better wine for an extra year or two in the cellar. It’s a real sweet cutie after a few days’ air, intense but cheeky, and just a little burny, from those alcohols in the tail. They’ve made it thinner.

Grown in the young ferruginous soil over recent alluvium typical of the sunny north Barossa flats, this is where the butcher shop totally overwhelms the fruiterer, in the aroma at least. It smells buttery, meaty and fleshy, like prosciutto and mettwurst and all those heady charcuterie delights. This makes the pithy strawberry-and-lemon fruit seem a touch simple in contrast.  The palate’s slender, elegant and ungiving, the lemon providing the spine below some pleasant glycerol flesh which is reminiscent of ripe raspberry gums. The tannins seem just right, being fine but tight enough to draw all those disparities together – they’re the sort you’ll find in cold black Ceylon tea. This is more like traditional Grenache than the Blewett Springs duo, and gets more so with air. It’s more of a roast lamb wine for some reason; maybe its persistent acidity calls for that distinctively aromatic, juicy meat. Like the rest, it’d be better without so much ethanol.

This is nothing like burgundy, but in both aroma and flavour, it’s more like black Spanish ham – jamón ibérico – and I can think of nothing more appropriate to accompany it. At first flush, it reeked, too, of blood and roses, even cherries and raspberries, and that distinctive panforte nuttiness that marks the Tapley’s Hill formation (around 700 million years) rocks between Greenock Creek, Seppeltsfield and the Nain Hills, and spreads out to the north toward Kapunda. These more frivolous fruits fall away as the wine takes air – after a couple of days there’s a little cherry left, and a little of the initial raspberry flesh, but it’s always really bony and lean, and a little short. The name’s confusing: there’s no airport, but the vineyard’s near the Greenock aeroplane museum on Vine Grove Road.

The branding falls down again here: the back label claims Blanche Point formation, which does not occur in the Onkaparinga Gorge. There’s none at the intersection of the Seaview and Coppermine Roads, either. That’s where Michael says the vineyard is: he couldn’t use the Seaview name because the ghouls of Treasury own it, having butchered what was a truly great brand; so he made a sort of blend of location names, which is a pity. Blanche Point’s more towards Osborn Road and Twenty-eight Road, intensifying to the south. But while there’s nearly 700 million years difference in the age of their rocks, I’m interested that the geologies of this wine and the Greenock above involve calcerious siltstone, and these wines are as similar as the duo from the Blewett Springs sands, so I tend to believe the back labels more than the front. This has the panforte and the cherries of the Greenock wine, but also quite a slice of those charcuterie meats; in this case fleshy, pale mortadella. Which is donkey, not black pig. Apart from all that, this is one of the more simple wines. It has an estery bouquet, with a whiff of dried banana.

Grown in very young clays, loams and gravels, this bugger’s a tad woody and alcoholic.  That aside, it’s very close in style to the posh Wirra Wirra Absconder I recommended last week: at 47 years, these Strout vines are half the age of the Absconder’s, but their flavour and style suggests they grew in the same dark dirt. Without syrupy sugar, alcohol is a powerful thinning agent, and it’s had its way, making a more slender, dusty wine than the $70 Absconder. There’s still fresh fruits: raspberry and blackberry and sweet-and-sour pickled morello cherries, but then we get the dust and dry bay leaf and the old dried-out harness and tea tin, taking me back to much leaner, less understanding times. Like the Copperview, this has a chew of Ditter’s dried banana in the tail, an estery thing which I suspect is as much to do with alcohol as Grenache.

So. Are any of the components of my blend as intriguing and satisfying as it? Perhaps not. But these six wines are a significant step on our understanding of how sites affect flavour, using the one red grape variety which I suspect is more sensitive to site than any other grown along the South Mount Lofty Ranges.

As a tasting exercise, it’s one I recommend heartily: get five mates, dob in $40 each, and draw a line through an autumn afternoon so you can wallow and learn. Make a little of the blend first: equal parts of all six, and learn and discuss that before you try any of the components. Work backwards.

It’s at least as much fun as doing the same with the Harvey family’s Alpha Crucis six pack, where they invited six winemakers to have their individual ways with Shiraz fruit from the one small vineyard on the same Blanche Point formation as Twelftree’s Copperview.

Depending on whether you believe Twelftree’s front labels more than Bekkers’ back ones, of course. These wines stunned me at first, but over three days, as I scratched further into them, I kept hitting that wall where science meets romance. Both can be thrilling, but if you’re selling science romantically, you’d better make it science, not romance, before you dress it up.

I congratulate Michael Twelftree for his endeavour, and trust that you support him so he can keep it up, refining his own knowledge and science as he goes.