People often stop in for a glass of wine at The Kentish when walking their dogs. It’s the sort of refreshment stop that everyone needs in their neighbourhood. Home to a long and interesting wine list, great tapas and outdoor tables under the tree-studded verge.

The historic pub on North Adelaide’s Stanley Street changed hands two years ago. Ryan Hughes, one of its new owners, says they stock “everything from your house wine up to Hill of Grace” and other iconic drops, delivered with a generous dash of hospitality.

The welcoming vibe makes for a relaxing and potentially decadent day-into-night. It wouldn’t be wrong if one started with tapas and wine by the glass before gracefully, and metaphorically, sliding into the ‘stickies’ and cheese or dessert.

Ryan notes that “a lot of people out the front drink Pol Roger all afternoon.” That’s not to say you’ll need a black Amex to bag a table – there’s a well-chosen selection of Australian sparklings too.

Although only recently opened, Vault 91 has impeccable pedigree. Co-owner Micha Ilich headed up food and beverage at The Adelaide Club and is behind the curated list of Australian and international wines. The latter traverse the world’s great wine regions as well as newer ones, such as Herzegovina, and those that may be somewhat overlooked here, such as Austria.

Vault 91 is homed in the serenely beautiful ground floor of Westpac House on King William Street. It’s a combination of soaring ceilings, beautiful architecture and timber panelling; the grandeur of times past meets contemporary chic.

Co-owner Paul Shaw calls it a “1920s New York type of vibe” that easily moves from coffee service from 7am to cocktails and wine at a more respectable hour. Paul says the evenings are buzzing, and it’s particularly so from around 3pm on Thursdays and Fridays. Early knockoff drinks here we come!

“We positioned ourselves unapologetically for the corporate market for those [after work] drinks,” says Paul. “But we’re also the first point of call before people go out for dinner.” 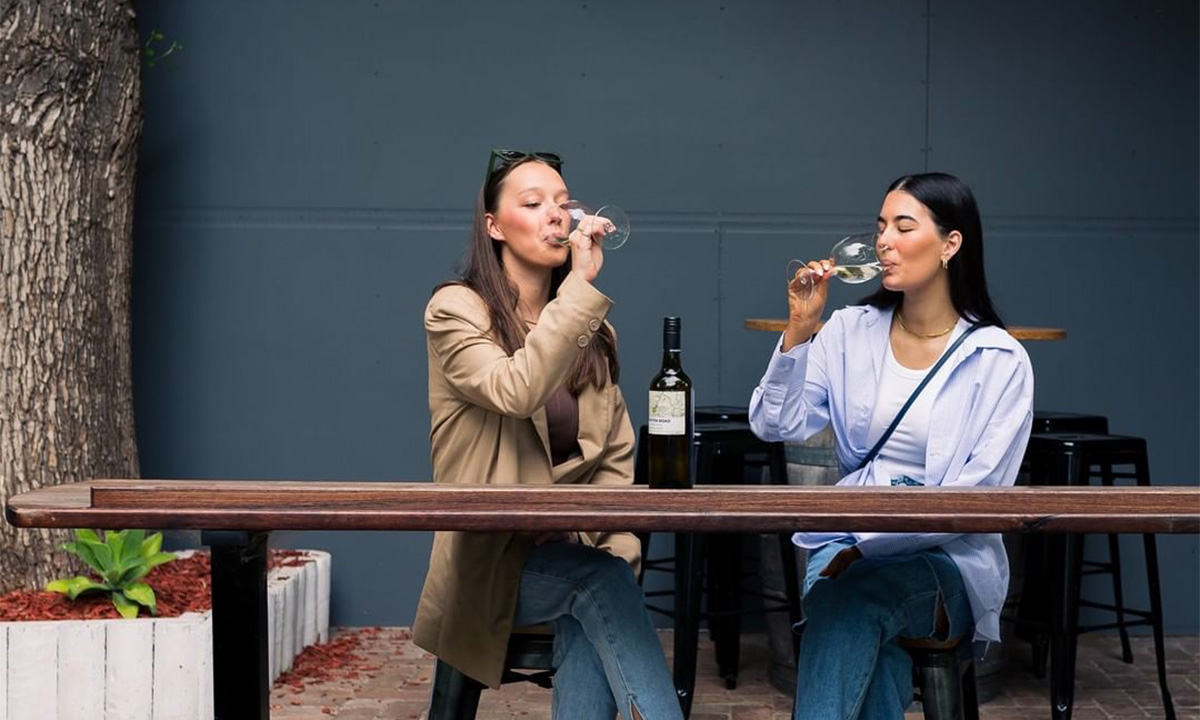 Like The Kentish, tapas is also the order of the day, along with bar favourites, such as Cubana sandwiches and charcuterie boards. However, Vault 91 start with and celebrate the wines, then recommend food to match.

A few steps down from Vault 91’s main area is the sunken lounge, with an expanse of forest green banquette seating and cascading soft curtains, together delivering a more intimate wine bar experience. Or perhaps it’s somewhere to hatch a plan for world/corporate domination?

Down the road and around the corner at Super Bueno, the vibe is also lively, but in a very different way. With a 3am licence, it pulls in the corporates from the surrounding legal precinct, plus a young-at-heart crowd who is happy to linger over wine and cocktails until very late.

The Gouger Street newcomer opened in time for Fringe this year with an extensive list of wines by the glass accompanied by something light to nibble on.

“Originally, we didn’t sell any pasta or anything like that. It was more charcuterie boards,” explains managing partner Zac Sipek. “And we found a little market with an Italian focus and shared entrees.”

While the food at Super Bueno is fabulous and a drawcard in itself, dining in is not obligatory.

“People do come in and head to different restaurants and we love that. But we are always welcoming people to come in just for the wine – sit at the bar, chat with us about those things.”

The wine list began with a focus on South Australian, Italian and French wineries.

“Then we realised that there’s just too many good locations in Australia to neglect,” explains Zac. “So, we thought we’d open it up and get a variety of wines that tastes good.” 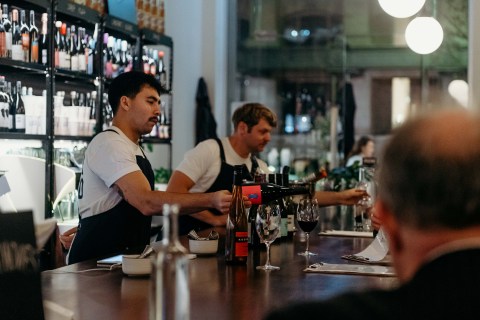 The Super Bueno staff are very friendly and there’s a section of the bar where they share their staff picks. On Thursdays between 5.30pm and 7.30pm, local wine vendors do a tasting with four wines poured by the glass for free.

Super Bueno has a bottle shop licence, which removes the disconnect between going out and drinking a great wine and buying it later. Meaning it’s easy to BYO a bottle to one of its many Asian food-focused neighbours.

Now is the perfect time to get out, explore and have a glass. Because life is worth celebrating and it’s wine o’clock in the city!