The streets of Vienna were covered in snow, the temperature was in the minuses, and Steve Maras remembers tens of thousands of people out and about.

One of the takeaways Maras says from his trip overseas eight years ago was people huddled around fire pits scattered across the city streets.

“It was freezing cold,” Maras, the CEO of Maras Group, says “but there were just tens of thousands of people gathered around these fire pits.” 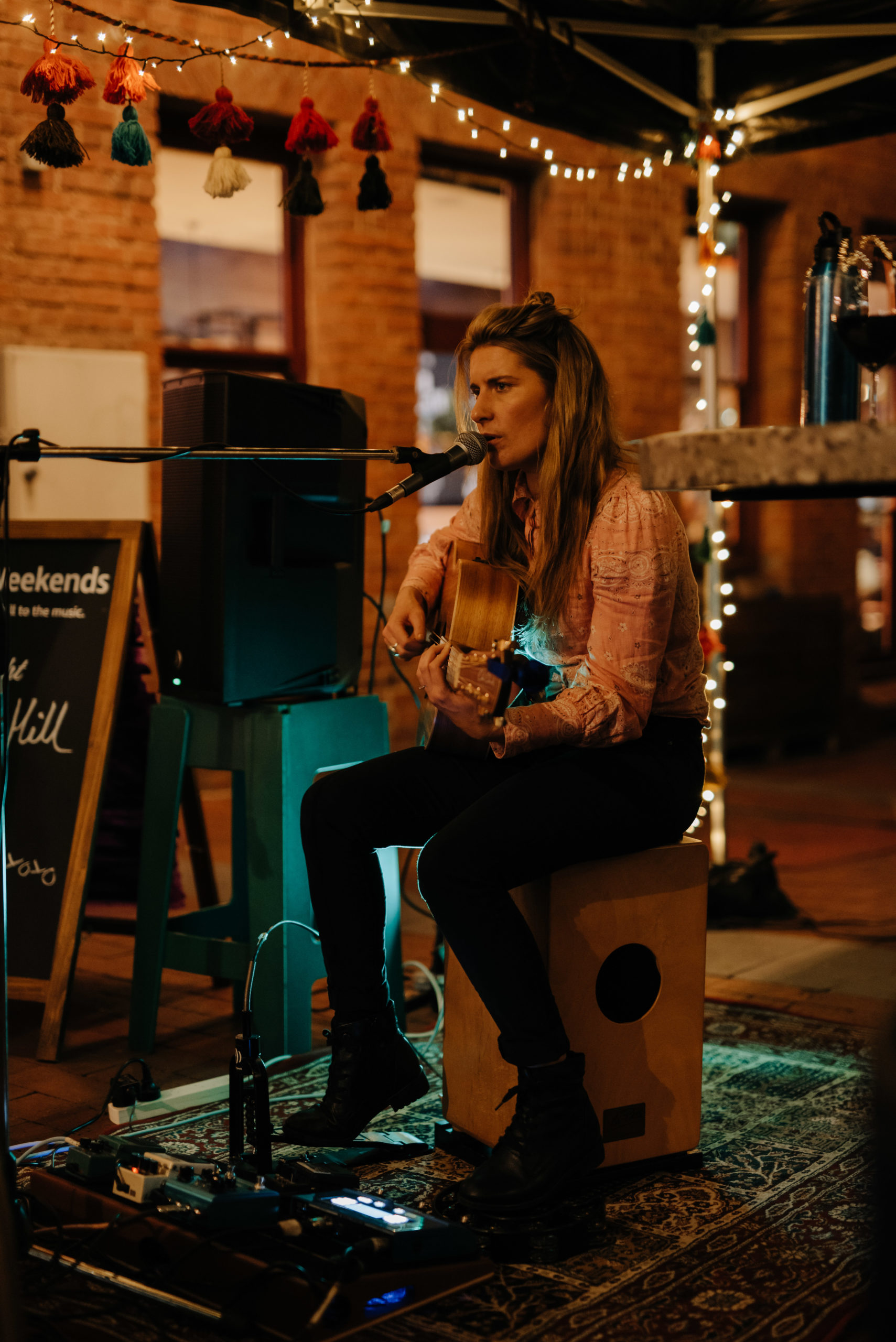 Maras brought the idea back, saying Adelaide traditionally did “winter badly” in Adelaide.

His pitch to the City of Adelaide was to dot the East End with fire pits, giving people a spot to gather and eat and drink on a winter’s night.

“In Adelaide every winter, there is never anyone in the streets and everyone retreats to their homes and their lounge rooms,” he says.

“Especially 10 years ago, you couldn’t find things to do in winter in Adelaide, it was really lacking.”

It took some time before the council approved the idea four years ago and the initial eight fire pits have since steadily grown into a whole Winter Weekends event run during the colder months.

Winter Weekends, which runs until August 28, sees city streets and laneways decorated with fire pits, fire twirlers, live music and extended outdoor dining on a Friday and Saturday night, with the live music program to continue until October 2.

Fire pits will be positioned across Franks Lane, Rundle Street East, Vardon Avenue and Ebenezer Place for the next eight weeks.

Maras says the fires were an “instant hit” and proved the adage that you don’t have to spend a lot of money to get a lot of attention.

“Even last Friday and Saturday nights, at some stages it was heavily raining but there were still heaps of people around. You see all ages too, young people to the oldies and everyone in between down there,” Maras says. 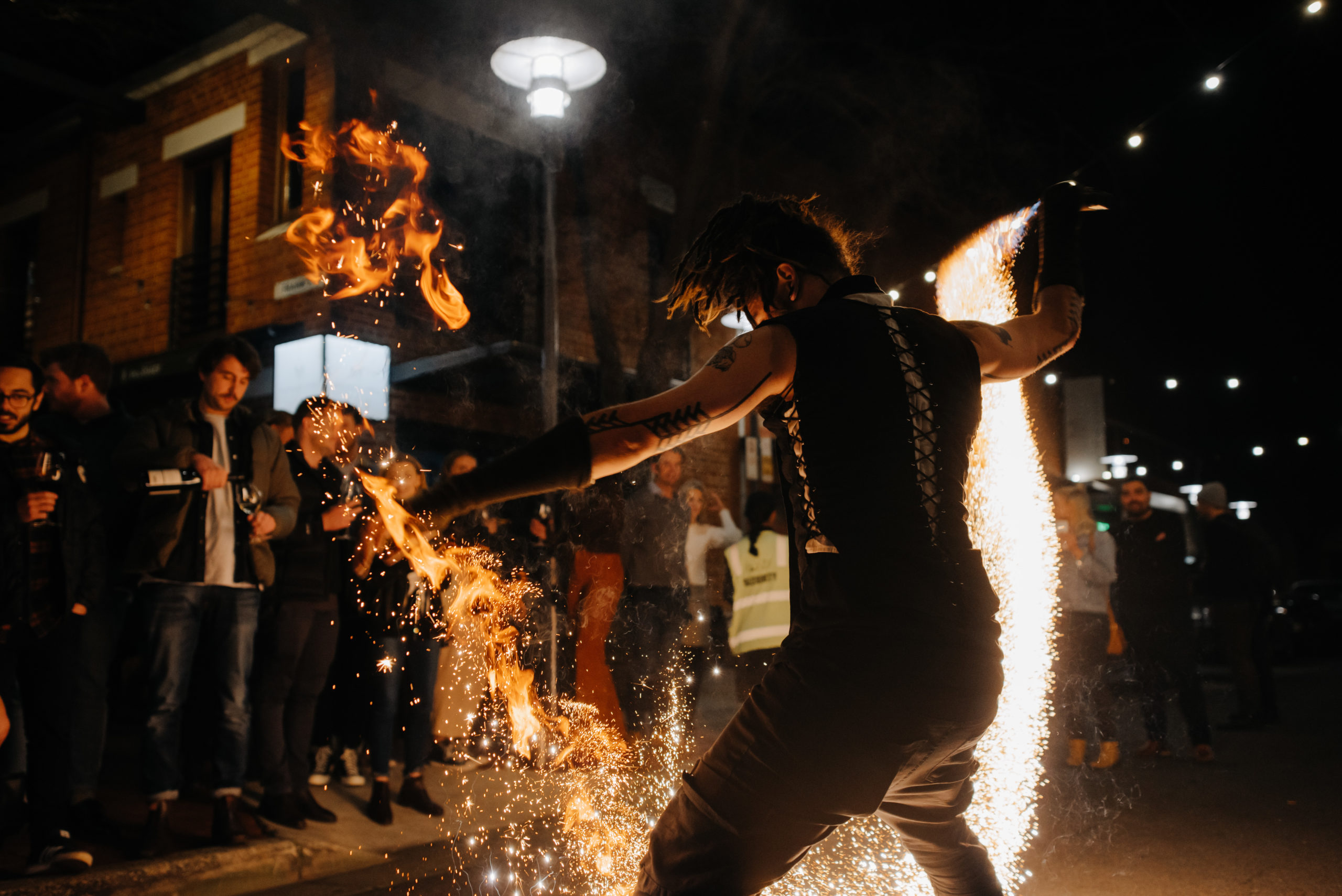 “It’s an easy, quick win and a lot of the time we don’t have to spend copious amounts of money to generate interest. Now the fires are right throughout the city and North Adelaide.”

The Council has started positioning the fire pits across the city. They’ll not only be in the East End, but outside venues in the West End, the south of the city and North Adelaide.

They will be a focal point along Rundle Street East for the East End Echoes night-time trail as part of the eagerly-anticipated Illuminate Adelaide festival.

As part of East End Echoes, people can put on headphones and be taken on a colourful guided tour of the East End filled with sound, lighting and out-of-this-world projections that unlock the history of the vibrant precinct.

“As people are walking around looking at the lighting, they can stop and huddle around the fires and really feel good, because it is a real feel-good thing,” Maras says.

Restaurants and Bars have also embraced Council grants this year, with many taking the opportunity to improve their outdoor dining spaces with heaters and shelter to expand their venue capacities in preparation for the increased winter trade.

Mum-Cha and Mothervine co-owner Patrick Madden says the Winter Weekends program was a “great tool” to help boost trade during a historically tough time for venues.

“It has been occurring for a few years now as well so customers will often ask when it starts again. It’s a more relaxed atmosphere to the street closures in Fringe, and gets people out and about. 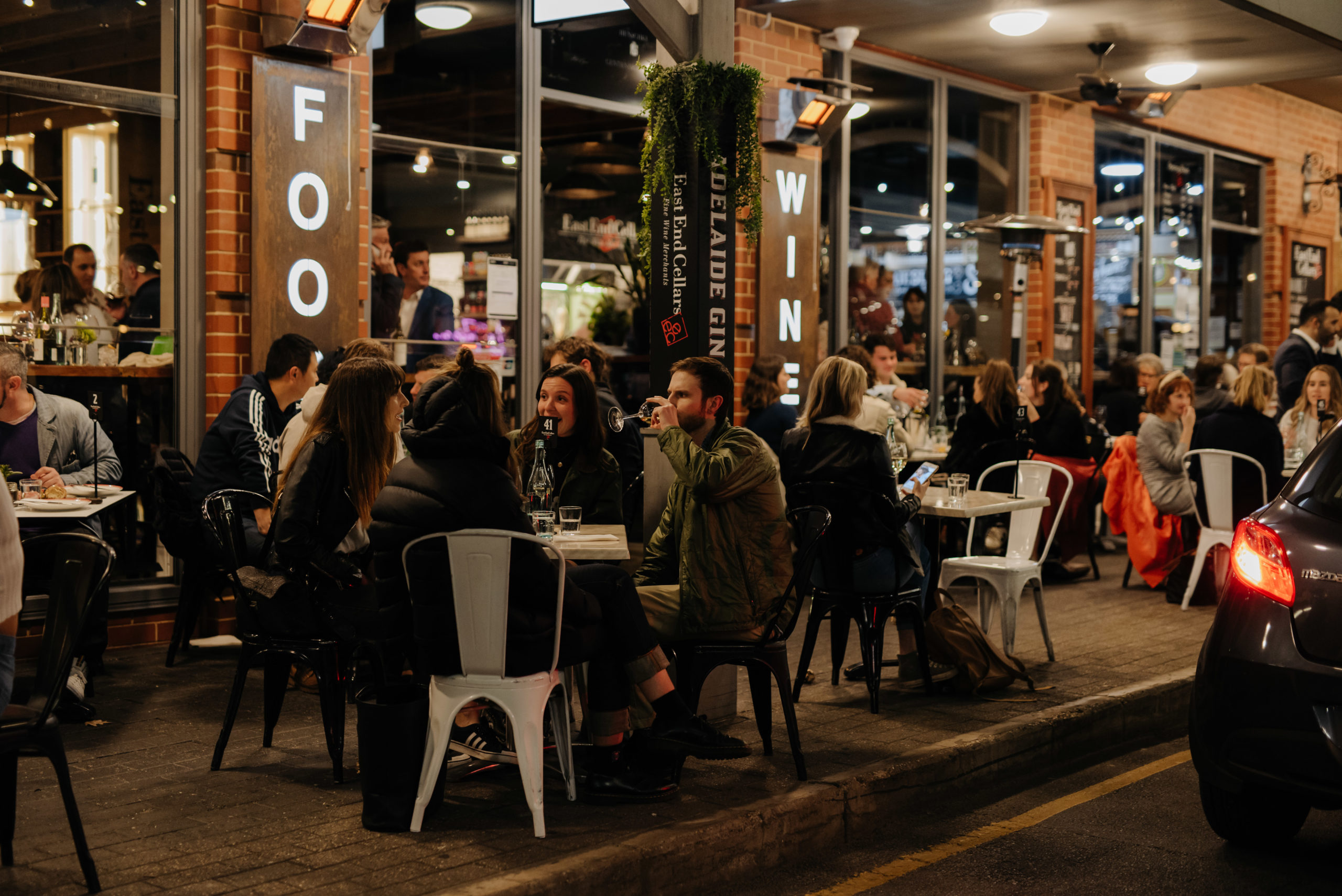 “Trade has had a steady incline for that period of the year since we started them, no doubt about it. We worked closely with the Council on the street closures and Fringe Festival since 2017, and since then we have found other opportunities to have events and work closely with our neighbouring venues and the greater East End community.”

East End Coordination Group President and Mothervine co-owner Frank Hannon-Tan says he is grateful to participate in the event again this year.

“I think there is something very primal about this, because I think these days often people don’t have the opportunity to have a fire or sit around a fire like that and strike up a conversation with someone they don’t know and creating warmth, physically and socially,” Frank says.

“This also obviously started before Covid but it also promotes the area and adds to the value of the businesses and buildings everyone has invested in.”