The star, known as TRAPPIST-1, is a small, dim celestial body in the constellation Aquarius, research published on Wednesday said.

It is located about 40 light years away from Earth. Researchers said the proximity of the system, combined with the proportionally large size of its planets compared to the small star, make it a good target for follow-up studies. They hope to scan the planets’ atmospheres for possible chemical fingerprints of life.

“I think that we’ve made a crucial step towards finding if there is life out there,” University of Cambridge astronomer Amaury Triaud told reporters on a conference call on Tuesday.

The discovery, published in this week’s issue of the journal Nature, builds on previous research showing three planets circling TRAPPIST-1. They are among more than 3500 planets discovered beyond the solar system, or exoplanets. 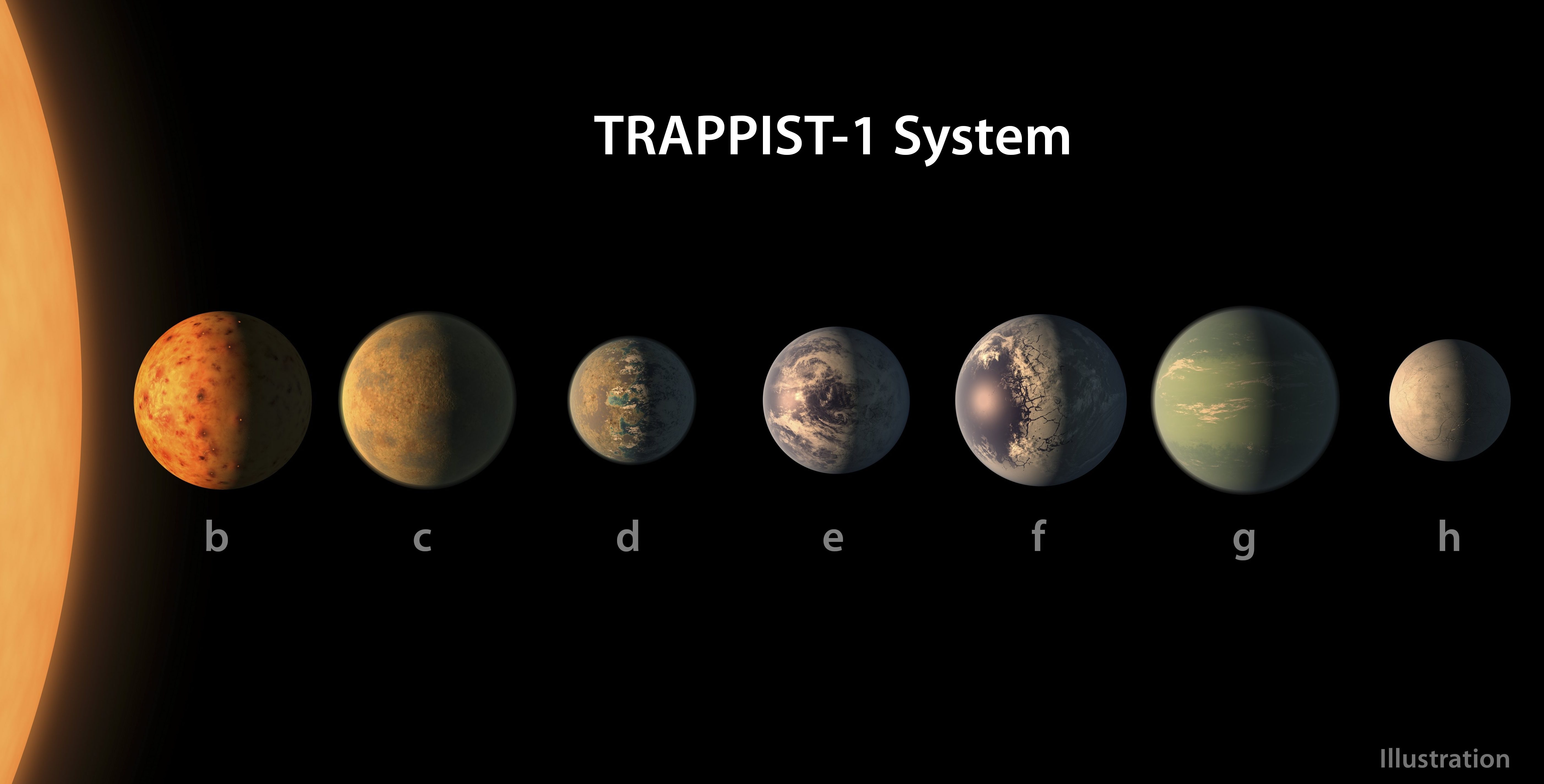 An artist’s concept of what the TRAPPIST-1 planetary system may look like, based on available data about the planets’ diameters, masses and distances from the host star. Photo: EPA/NASA

Researchers have focused on finding Earth-sized rocky planets with the right temperatures so that water, if any exists, would be liquid, a condition believed to be necessary for life.

The diameter of TRAPPIST-1 is about 8 per cent of the sun’s size. That makes its Earth-sized planets appear large as they parade past.

From the vantage point of telescopes on Earth, the planets’ motions regularly block out bits of the star’s light. Scientists determined the system’s architecture by studying these dips.

“The data is really clear and unambiguous,” Triaud wrote in an email to Reuters.

Because TRAPPIST-1 is so small and cool, its so-called “habitable zone” is very close to the star. Three planets are properly positioned for liquid water, said lead researcher Michael Gillon, with the University of Liege in Belgium.

Even if the planets do not have life now, it could evolve. TRAPPIST-1 is at least 500 million years old, but has an estimated lifespan of 10 trillion years. The sun, by comparison, is about halfway through its estimated 10-billion-year life.

In a few billion years, when the sun has run out of fuel and the solar system has ceased to exist, TRAPPIST-1 will still be an infant star, astronomer Ignas Snellen, with the Netherlands’ Leiden Observatory, wrote in a related essay in Nature.

What we know about the dwarf star and its planets