Preference deals have been fervently ongoing this morning between parties and candidates, against the backdrop of an Upper House ballot draw being conducted by the Electoral Commission.

That draw revealed that Greg Digance – who along with his wife, ex-Labor MP for Elder Annabel Digance, is facing charges of blackmailing Labor leader Peter Malinauskas –  has nominated for the Legislative Council as an independent.

Annabel Digance had already flagged her own candidacy, but her husband’s move was a talking point in political circles this morning, with the pair set to front the District Court in the week before polling day.

Digance confirmed to InDaily that he had nominated as a Legislative Council candidate.

He was spruiking his wife’s candidacy on social media yesterday, saying: “Now is definitely the time to support someone back into parliament who wants to be there for the RIGHT REASONS… to make things a whole lot better!”

Meanwhile, much of today’s preference negotiations centred on the seat of Waite, held by Liberal exile Sam Duluk.

Duluk formally left the Liberal Party in September, despite being acquitted of a basic assault charge stemming from his drunken behaviour at a Parliament House corridor Christmas Party.

His decision to run as an independent came hours after Franks made a series of allegations under parliamentary privilege about his behaviour at the December 2019 function, with the Greens MLC calling him a “metaphorical slithering snake”.

However, the Greens are instead reserving their maximum political damage for Duluk’s former party, putting the Liberals last on their How-To-Vote card in his southern-suburbs seat of Waite.

The decision follows a preference deal between the Greens and Labor that will see the ALP send its first preference to the minor party in the Upper House and receive the Greens’ preferences mostly across the board in lower house seats.

Exceptions are Waite and Stuart, where the Greens will put independent candidates second, with Mitcham mayor Heather Holmes-Ross and long-time crossbencher Geoff Brock set to benefit.

Franks said that under the Marshall Government “the parliament has been chaotic, the party’s been chaotic”, and she highlighted the lack of action taken when complaints about Duluk’s behaviour were first aired.

“Where I’ve made complaints about conduct it’s been the Liberal Party’s lack of cohesion and cooperation that’s been the problem,” she said.

Duluk is still being courted for his preferences, with Labor insiders adamant that if the MP puts his former party at Number Two on his how-to-vote card, it could effectively hand the seat to Liberal candidate Alexander Hyde.

However, the Liberals expect Duluk will hand them his preferences, given he is running as an ideological Liberal and drawing support from the political Right.

“There’s not going to be many people helping hand out How-To-Votes for him if he’s not preferencing the Liberal Party,” one insider said.

Holmes-Ross is understood to be running an open ticket, which does not direct preferences. 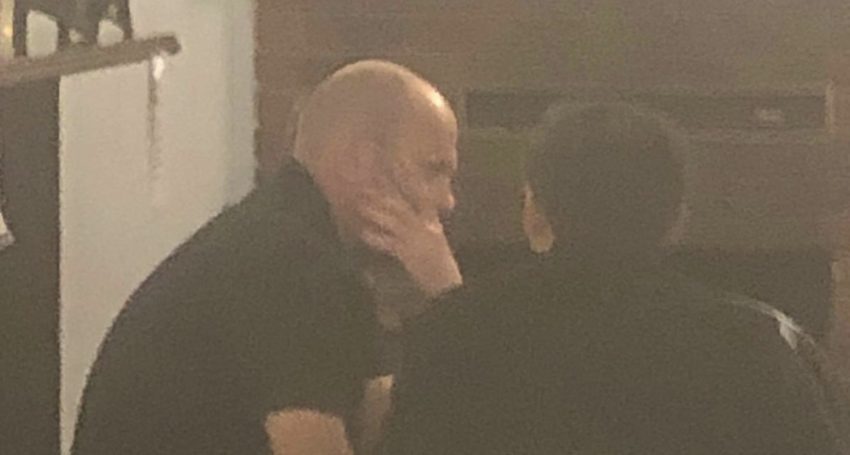 Party preference flows are currently being finalised after high-level negotiations with minor parties and independents.

Negotiations have been overseen on the Liberal side by leader of government business and Education Minister John Gardner, while Labor’s chief negotiator is understood to be state secretary Reggie Martin, himself a candidate for the Upper House.

The ballot draw determining the order in which candidates’ names appear on voting slips was finalised yesterday, formalising the contenders for state parliament’s 47 House of Assembly seats.

Surprisingly, these include four candidates running under the banner of former Director of Public Prosecutions Stephen Pallaras’s Real Change SA – conspicuously, in the four marginal seats Labor needs to win to snare a parliamentary majority.

Pallaras was coy today when asked about the four contenders – Tom Birdseye in Adelaide, Eldert Hoebee in Elder, Jodi Hutchinson in King and Kate Simpson in Newland – saying he wanted to inform his party members about the decision before commenting publicly.

He conceded that the party had made a preference deal in those four seats – which will be crucial to determining SA’s next government – as part of an “overall objective to maximise our chances of getting preferences to win an Upper House seat”.

He declined to confirm with which party he had made a deal, but Labor sources say Real Change has not done a deal with the ALP and believe a preference swap has been arranged instead with the Liberal Party.

It comes after Family First – which is seeking a comeback under the leadership ex-Labor ministers Tom Kenyon and Jack Snelling – declared it would preference against the Liberal incumbents in two of those seats, Newland and King, citing their voting record in last year’s abortion debate.

“How MPs voted on that amendment is how we are deciding on whether we allocate for or against a sitting member in their seat.”

When challenged about the fact that would mean facilitating votes for Labor candidates similarly unlikely to have supported Speirs’ amendments, Kenyon said: “In the event that there’s a change of member… then the new Member will have her opportunity to vote one way or the other and then we will make our decision on preferences at the next election based on how they vote in this coming parliament.”

Snelling is overseeing the Family First campaign but not standing as a candidate, however his wife Lucia is running for the party in Port Adelaide, a Labor stronghold.