The Right-faction-driven recruitment campaign, targeting parishioners in several Evangelical Christian communities, continues apace after a state executive bid to crack down on it fell apart in the face of public criticism.

The state executive froze more than 100 recent membership applications, citing the need to investigate unnamed “serious allegations which, if proven, may amount to material breaches of the party’s constitution”.

However, in the event almost all the new members were waved through – with a new party HQ investigation instead targeting a series of widely-distributed emails objecting to the Pentecostal influx.

One of those emails, addressed to state director Sascha Meldrum and signed by “Bruce and Jenny”, declares: “You need to take action to prevent a takeover of the SA Division.”

“Signing up Pentecostal members in an attempt to take-over is not ‘democracy’ in action, it is using a reactionary minority group to take control (and in the process, impose their views on the majority),” it goes on.

The email includes several articles about the negative electoral impact of a similar Pentecostal influx in West Australian branches, marked as being sourced by the WA Parliamentary Library.

The party has previously confirmed it is investigating the source of the email, after complaints about an alleged misuse of party membership databases.

That investigation has seen sitting MP and current candidates quizzed by Liberal HQ, with an email sent to all everyone who nominated for last year’s Upper House preselection ballot – all of whom were given copies of the 2020 state council’s delegate contact list.

An email from the party’s membership officer Laura Clemow, seen by InDaily, reads:

The Secretariat is reaching out to you as one of a small group of authorised persons… to have received lists of members of State Council meeting as an electoral college in the lead up to the Legislative Council preselection in July 2020.

“The State Director is undertaking an investigation into recent unauthorised use of membership listings to send an anonymous email to members of the State Council.

As part of that investigation the State Director is seeking any information that you may have, to help in pursuing this issue.

“Can you also please confirm in writing if you are not aware of any misuse of membership information by replying to this email or sending an email direct to the State Director in confidence.”

In response to questions from InDaily, Meldrum said in a statement that “ongoing investigations and proposed constitutional changes are internal matters that we won’t be publicly commenting on”.

The inquiry, which was described as “witch-hunt” by one recipient, was sent to current MLCs Michelle Lensink, Dennis Hood and Nicola Centofanti, all of whom are on ticket for next year’s state election.

Legislative Council candidates Laura Curran, Heidi Girolamo, Kathleen Bourne and Tania Stock were also among those on the distribution list. 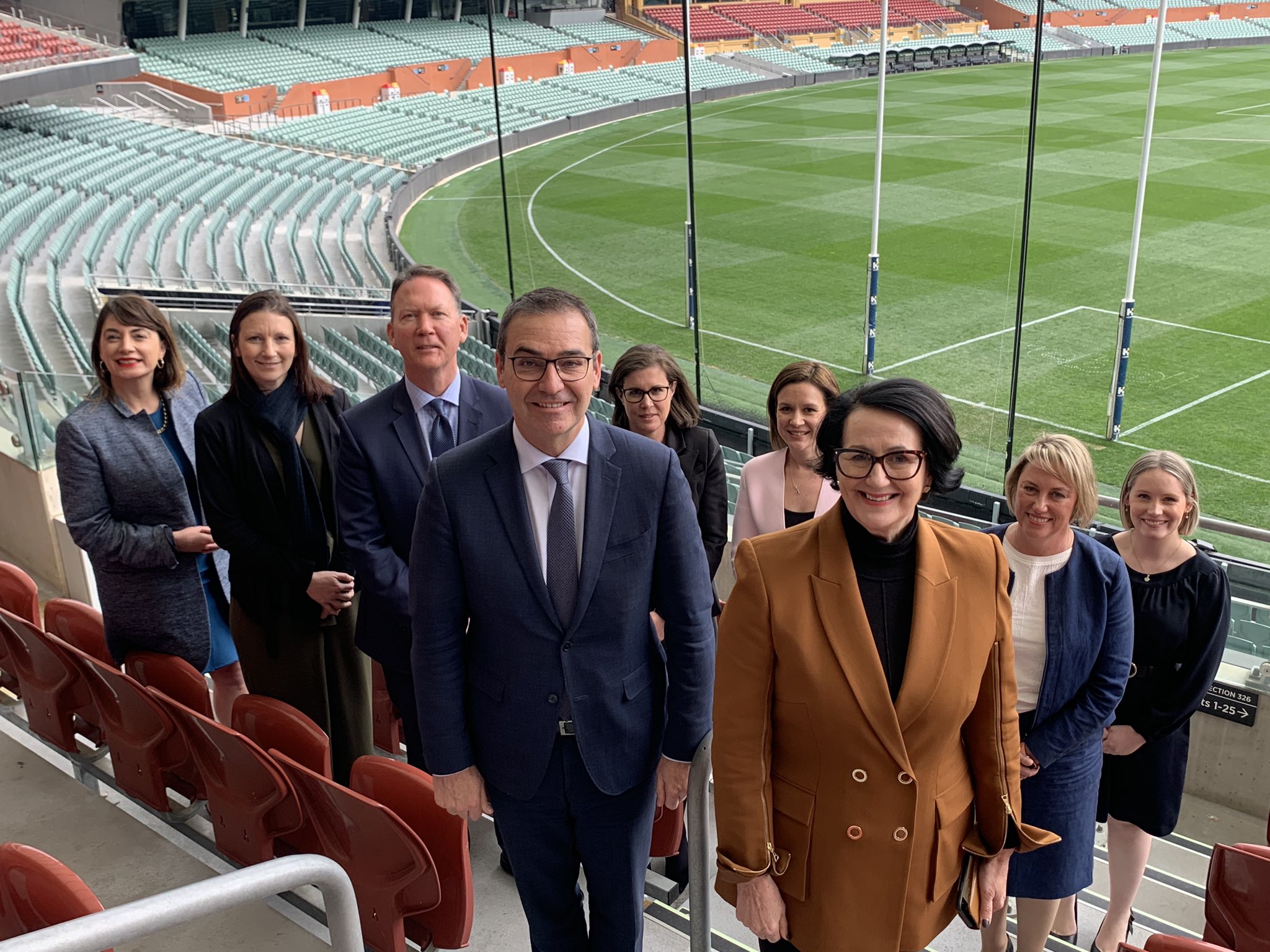 Liberal leader Steven Marshall and his deputy Vickie Chapman with the lineup of 2022 Legislative Council ticket.

Also under investigation is an email from an anonymous sender to members of the Mayo federal electorate committee complaining about branch president Rowan Mumford allegedly recruiting “hard-right Pentecostal Christians into the party”.

“This is causing a lot of friction with existing members,” the email told Mumford.

“I am angry about the way you are leading the Mayo team.”

Both emails were recently tabled in parliament by centre-Right Kavel MP Dan Cregan, in an unusual speech delivered during a debate on the Marshall Government’s budget Appropriation Bill.

“Members of our community have approached me to express their concerns regarding recent membership recruitment activities in our party,” Cregan told parliament last month.

“I also commend the budget to the house.”

The tabled documents also contain emails which appear to send copies of the state council mailing list as of July 2020.

Cregan said he had “been impressed with the leadership of Mr Rowan Mumford [who] is seeking to ensure a balanced, fair and equitable response to the matters raised so that there can be continuing confidence in all the work of this government”.

One Liberal insider told InDaily the Right faction “continue to sign up [Evangelical community recruits] at a huge rate of knots”, noting that much of the recruitment drive was focussed in Hills seats held by breakaway centre-Right-faction MPs, rather than party moderates.

“They’re targeting people with the same philosophical bent [so] it doesn’t amount to much except a squabble over the scraps on the table,” they said.

“There’s a massive influx of ostensibly conservative people in a lot of these seats, which will be enough to significantly tip the balance of state council and therefore state executive.”

The source said the emboldened Right faction would pursue a “fairly aggressive prosecution of what they’re after, framed by the lead-up to a federal and state election – all within the next eight months”.

In the short-term, however, the party is focussed on a casual Upper House vacancy to replace the departed David Ridgway, who quit parliament last week to become the state’s new Agent-General in London.

That ballot will be held at the end of the month, ensuring it is voted on by the existing configuration of the party’s state council – which is expected to look very different at next month’s AGM, after the influx of conservative-aligned members saw moderate delegates in seats such as Elder and Badcoe removed by Right-wingers.

It’s understood Property Council SA boss Daniel Gannon has withdrawn his interest and will not be nominating for the vacancy. 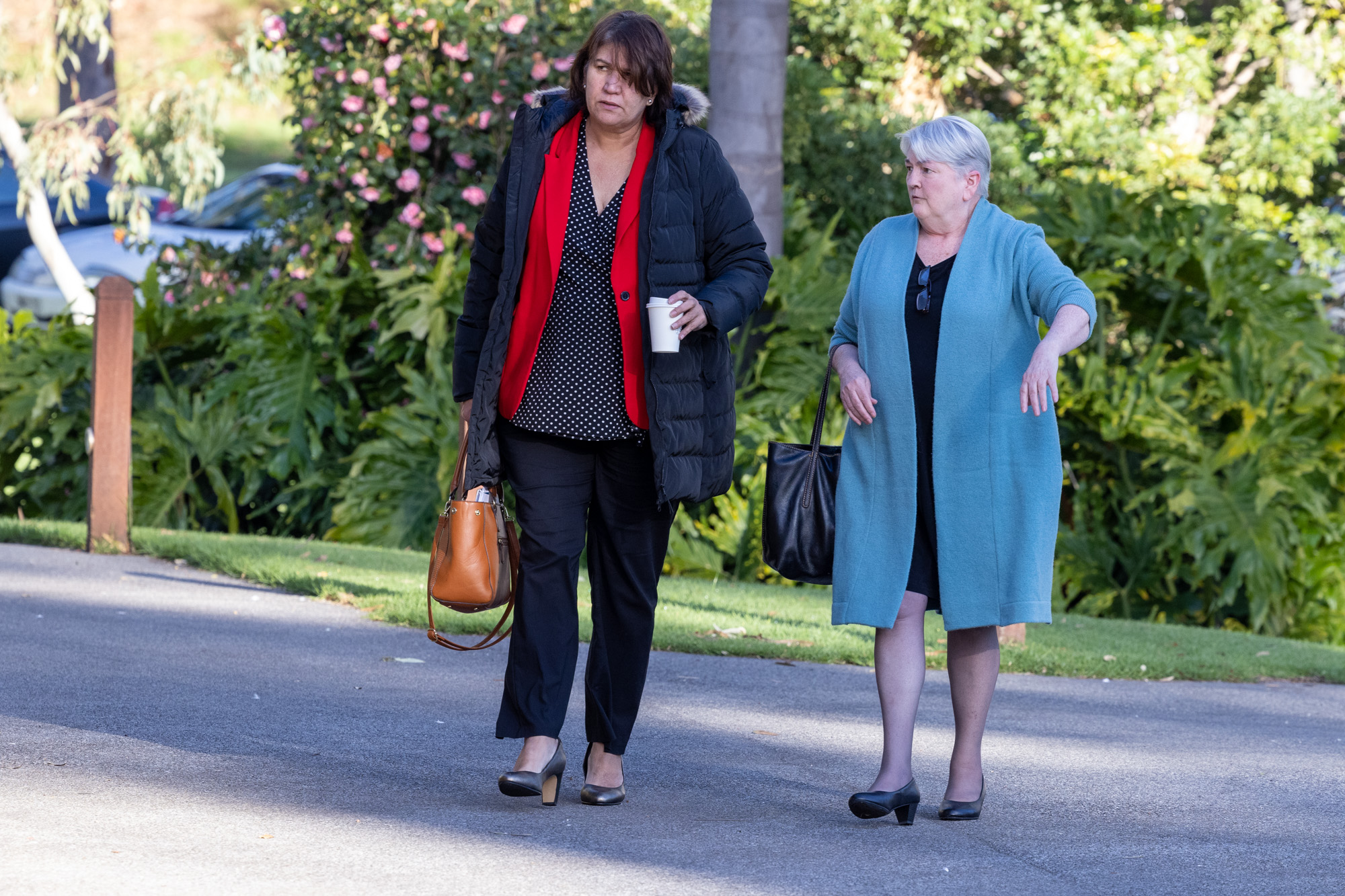 However, moderate insiders say the faction will throw its support behind Woodvale Vintners director Kathleen Bourne, a former candidate for Spence who is currently number six on the Liberals’ 2022 Upper House ticket.

Number five on that ticket is Heidi Girolamo, a chartered accountant with Deloitte, who is expected to receive the backing of the Right to run for the current vacancy when nominations close on Thursday.

Lawrie is also expected to recontest the Women’s Council presidency, but will be challenged by outgoing Boothby MP and Right-winger Nicolle Flint, in what looms as the first major test of the emboldened faction’s burgeoning membership.